Despite the love affair Canadians have with sport-utilities and crossovers, minivans are still the way to go when you want to move a crowd in comfort. Toyota’s entry is the Sienna, the only minivan available with all-wheel drive, although my tester drove its front wheels only. The 2020 Sienna’s lineup ranges from $35,545 to a high of $54,385. My tester started at $42,945 and came with a new Nightshade Edition appearance package that brought it to $43,805 before freight and taxes.

Like all minivans, the Sienna is a box, but it’s a good-looking one. Toyota’s chiselled nose can overwhelm smaller models but works well on this larger front end, and the rear features large taillights and a low liftover above the bumper for easy cargo loading.

The new $860 Nightshade Edition package adds black styling accents to the mirrors, door handles, mesh grille, window trim, rear spoiler, and taillight surrounds. It’s available only on white, black, or red minivans. Style is subjective, of course, but I’m not a fan of blackout and prefer a bit of brightwork on my vehicle, especially when it’s that expensive to darken it all down.

The Sienna easily passed the crash tests conducted by the National Highway Traffic Safety Administration (NHTSA) and the Insurance Institute for Highway Safety (IIHS), but not quite at the top of the segment. NHTSA gave it a five-star rating overall, with five stars for side crash protection, but only four stars for frontal crash protection. The IIHS gave it the highest “Good” rating for most tests, but only “Average” for the driver’s side front overlap test, and “Marginal” for the passenger overlap.

In comparison, the Honda Odyssey and Chrysler Pacifica were named IIHS Top Safety Picks, meaning they aced every test. Those two vans also got five NHTSA stars for overall, side, and frontal crash protection. The Kia Sedona did also, but was rated “Good” on everything but passenger overlap in IIHS testing, where it earned “Average.” (Every minivan got only four NHTSA stars for rollover protection, but that’s the highest score almost every vehicle earns in any segment.) Dodge’s aging Grand Caravan scored the lowest in the segment with both test agencies.

Every Sienna trim level comes with adaptive cruise control, emergency front braking with pedestrian detection, lane-keeping assist that guides you back if you cross the line, and automatic high-beam headlamps. However, the base CE and LE trim levels do not have blind-spot monitoring; you have to get at least the SE trim for that.

Minivans are the definition of practicality, and the Sienna doesn’t disappoint. I like that, unlike SUVs that almost always have full centre consoles, the Sienna has a smaller one between the front seats. That leaves room on the floor for a tray, where you can stash a purse or pack and have easy access to it. The console includes a deep cubby – almost a pail – for storing items, and there are cupholders for everyone.

There’s a deep cargo well behind the third-row seats, and they fold easily into it as required to create a flat floor. Only Chrysler has second-row seats that fold down into the floor for extra cargo space; the Sienna’s are removable, but it’s a chore.

My tester was advertised as an eight-passenger van, and technically that’s correct, but it is a bit misleading because it doesn’t accommodate eight full-size folks. That eighth position is a so-called “ottoman seat,” a flat, hard, child-sized chair that can be fitted between the two second-row seats. If you don’t need it, it folds up and stashes in a rear cubby.

For the most part, the Sienna is dead-nuts simple. There are wonderfully large dials and buttons to operate the climate control, and the buttons on the steering wheel are equally easy and intuitive. There are hard buttons to bring up the functions on the infotainment screen, and the icons on it are large and simple.

All might have been perfect, save for a gearshift lever that, no matter what I was trying to do or what gear I was in, was always in the way. Start the van? You have to twist your hand in between the shifter and the wiper stalk. When you reach over to adjust the temperature, you have to snake your hand over the shifter. Reaching down to grab something? Guess what you have to bypass... Please, Toyota, start talking to the folks that make dial-style shifters.

Even at the base level, the Sienna comes well-kitted, including tri-zone automatic climate control, automatic headlamps, roof rails, five USB ports, and a seven-inch touchscreen. However, while Apple CarPlay is included on all models, Android Auto isn’t available on any of them.

The LE, one step up from the base model, gets you heated front seats, an eight-inch touchscreen, auto-dimming mirror, garage door opener, and rear-window sunshades. My SE, one beyond that, then adds leather upholstery, blind-spot monitoring, acoustic windshield glass, power liftgate, fog lamps, and LED taillights and daytime running lights.

Get up into the next levels – the XLE, or XLE with Limited Package – and you get such items as a rear-seat Blu-ray entertainment system, bird’s-eye camera, heated steering wheel, power-folding mirrors, and rain-sensing wipers. The LE and XLE seven-passenger models are also available as mobility vans directly through Toyota.

The Sienna is propelled by a 3.5L V6 that churns out 296 hp and 263 lb-ft of torque, mated to an eight-speed automatic. Some of its competitors come close to those numbers, but Toyota’s van is the highest for both.

The engine can be a bit coarse and gruff at idle, but it smooths out on acceleration. It’s stout and has lots of passing power, while the transmission shifts unobtrusively and doesn’t hunt for a gear on hills. It’s a satisfactory setup that does just what you need it to do.

Everyone in your Sienna should be pleased, save for anyone over the age of eight who draws the short straw and gets that stowable little “ottoman” chair. The first- and second-row chairs are well-padded but also supportive, and while the third-row chairs are much flatter, they’re still viable for most adults on average trips, and of course they’re the cat’s meow for younger passengers.

Getting in and out of the front seats is easy, thanks to a low sill and wide-opening doors, and the second row is accessed through power-sliding doors. It’s easy to get into those third seats, too, because the second-row chairs slide and tumble for access.

The LE trim level’s electric power steering is “sport-tuned,” but, of course, this is still a people-mover, not a sports model. Adjusting to speed, it gets lighter and easier to manoeuvre when you’re working your way around a parking lot, and tightens up for a more secure feel at highway speeds.

The Sienna responds quickly to input and it’s a pleasant driver, well-composed over bumpy roads and with a minimum of body roll around the corners. But all of that was offset slightly by the brake pedal, which felt clunky and stiff. The stopping distance was fine, but I didn’t like the way it did it.

The fuel figures for its competitors are bunched closely, with only 1.1 L/100 km separating the best from the worst (once the plug-in hybrid version of the Chrysler Pacifica is taken out of the equation, of course). The Sienna slots midway, marginally thirstier than the Honda Odyssey and non-hybrid Pacifica, and a touch better than the Kia Sedona and Dodge Grand Caravan.

Minivans can be subject to some deep discounts, but looking strictly at the MSRP, the Sienna’s starting price of $35,545 is mid-pack, pricier than the Sedona and Grand Caravan, but under the entry models of the Odyssey and Pacifica.

My SE FWD 8-Passenger tester came in at a starting price of $42,945. That’s admittedly a chunk of change for something that’s primarily intended for parents to ferry their children, even if it did feel in line with what the van had to offer. On the other hand, the Sienna holds its value very well and, along with the Honda Odyssey, traditionally leads the pack for residual value.

It’s not the cheapest minivan on the market, but the Sienna has a lot going for it, with its comfy interior and lots of features. Even if you’re considering an SUV, at least give this minivan a good look over. 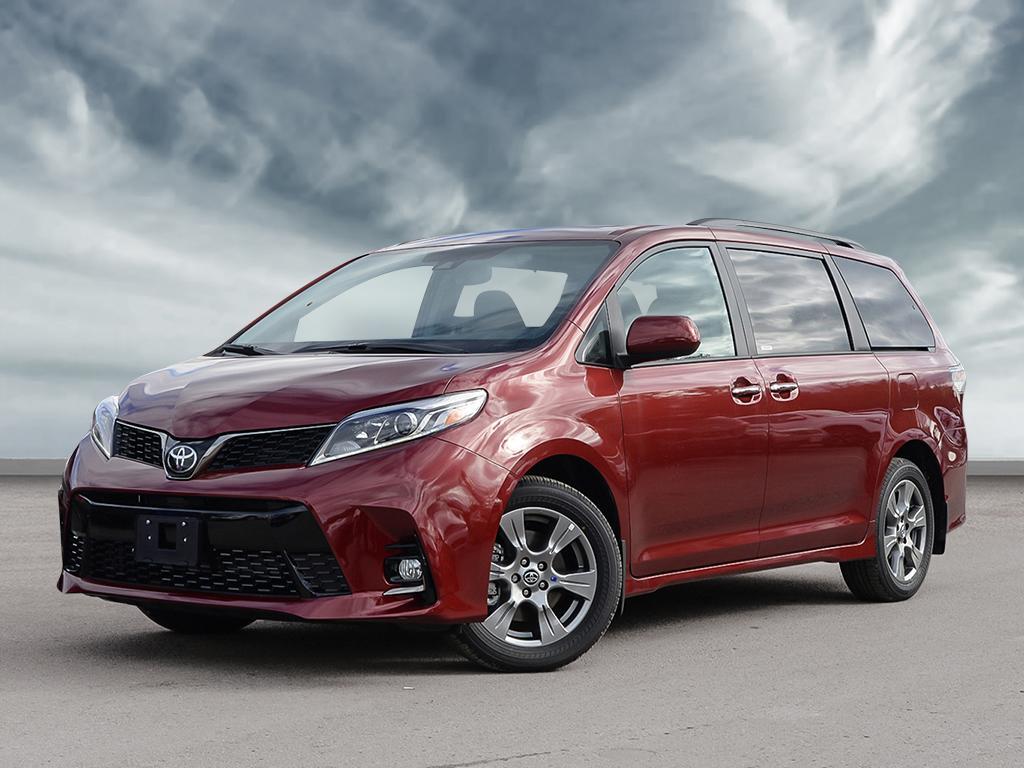