It’s impossible to mistake a Mini for anything else on the road thanks to a design that looks plucked out of a cartoon. Beyond the aesthetic, the 2020 Mini Cooper is a unique experience: A small car that puts driving fun first and backs it up with premium features. While other compacts can feel a bit cheap in a bid to keep costs down, the Mini can feel like a steal at times with little details that make you smile – and road manners that keep you happy.

The feeling on the road is one of the best parts of modern Minis, at least compared to other vehicles this size. That’s especially true of the Cooper S, which dials up the sporting character a notch or two. Twist the steering wheel in some compact cars and they groan and lean in response like they’re parrying a haymaker from a prized boxer. But the Mini flicks precisely in the direction you point it.

The joy comes with the fact that the Cooper S is ready to change directions all the time. It doesn’t bobble and ask for a breather when the road gets windy, while the firm suspension lets you always feel in control. It’s impressive that the BMW brand has taken a class of vehicle that typically skips out on performance and instead makes it the most enjoyable part of the car. After piloting a Mini, it’s tough to go back to a Mazda3 or Honda Civic.

The 2.0L turbocharged four-cylinder engine makes 189 horsepower and 207 lb-ft of torque, which is plentiful for a car that weighs 2,800 lb. Our tester was equipped with a six-speed automatic, and it looks like Mini is moving away from manuals, a sad situation for those who prioritize driving fun over convenience. That said, the automatic feels good, although sometimes it upshifts early or hesitates during downshifts, leaving the car sounding like it’s bogging.

This can be rectified by changing drive modes, with Sport, Green, and Normal to choose from. In the past, switching between these three modes would display an encouraging prompt on the screen like, “Lets Motor. HARD,” or “Lets Minimalize.” This is no longer the case, with the prompts replaced by boilerplate descriptions lacking charm. Where has all the attitude gone?

When it comes to design, if you like fun and bubbly details, the Mini’s styling will speak to you. Otherwise, you’ll probably find it grating. The exaggerated headlights look like the eyes of a cartoon character and the wheels fully fill up the wheel wells. Inside, you’ll find several Mini-specific hallmarks, including an illuminated ring and a handful of toggle switches on the centre stack. Our tester featured a special edition package that added a few stripes and graphics to make the car stand out from other Minis, while buyers can choose from all kinds of unique customizations from the factory. It’s a good idea considering every parking lot seems to consist of cars finished in the same shade of silver, white, black, and grey.

Despite the funky controls and toggles, operating the Mini is fairly easy. Visibility is great, and, thanks to the cozy interior, nothing is really out of reach. However, things weren’t perfect during our time with the Cooper S. For example, Bluetooth phone pairing was inconsistent. I would also love a bit more information on the screen within the gauge cluster. At times, it seems like the Mini follows the ethos of form over function a bit too closely, resulting in small screens crammed with information that’s hard to read. Furthermore, with the infotainment screen being quite close to the driver, it would also help if it were operated by touch rather than using a rotary dial, which feels like it’s on the floor in comparison to the screen.

Mini covers a little more than the basics here. More and more compacts are trying to overwhelm the buyer with features, perhaps to detract from the low-quality interior materials or shabby drive quality. Indeed, the Cooper S offers a navigation system, wireless phone charging, Apple CarPlay support, automatic climate control, and heated seats. You can also find automatic wipers and a large panoramic sunroof. It’s a very good list of features, but not as encompassing as some other small cars, which can be equipped with ventilated seats, Android Auto, a head-up display, and more.

As small as the Mini looks, it doesn’t feel particularly cramped. There’s plenty of headroom and even some small seats in the back for the times when your friends need a ride. The materials and upholstery are soft and high quality, and while the ride can be a bit firm, the Cooper never feels inhospitable.

Those rear seats fold down and extend the cargo area to an impressive 731 L. Otherwise, you have just 211 L to work with, which is still usable for most grocery runs, though I’d love to see some cargo hooks to help organize bags when shopping.

Small cars have a stigma when it comes to safety. Thankfully, the Mini’s exaggerated details will help it get noticed by those big trucks and SUVs on the road. The Insurance Institute for Highway Safety (IIHS) awarded the Cooper S a Top Safety Pick rating, which is a pretty decent score for its crashworthiness, but docked it points for its headlights and crash avoidance tech. The Cooper S we tested featured almost no nannies or driver aids, which was liberating but might not align with the needs of all compact car buyers. Our model did have helpful parking assistance sensors and a rear-view camera, now mandatory in Canada, but with such a small car, it seemed a bit overkill.

Natural Resources Canada (NRCan) says the Mini Cooper S will consumer 8.9 L/100 km in the city, 6.6 L/100 km on the highway, for a combined 7.9 L/100 km. However, when driving conservatively, we managed to get better consumption figures pretty easily on both the highway and in town. Doing so does take some restraint, as the car is quite fun to drive aggressively, but thankfully the Green driving mode should help. Other features like automatic engine stop-start help lower fuel consumption moderately, though it’s important to point out that the Cooper S requires premium fuel, something that increases the cost of ownership.

Mini is asking for $28,790 for the 2020 Cooper S, and our tester had the 60 Years Edition package, which was an extra $6,900, resulting in a sticker price of $35,690. That’s not exactly affordable, and it’s worth pointing out that our tester still left some features behind, like the types of driver’s aids that can be found on much cheaper cars. Add in the extra cost of premium fuel, and it turns out the Mini isn’t exactly a rational compact car purchase.

If styling and driving manners appeal to you, then the Mini Cooper S is hard to beat. But with a price tag of over $35,000, it’s also hard to justify. The Hyundai Veloster N is about the same price and much more performance-oriented – though it lacks some of the charm the Mini has. The same can be said about the Volkswagen Golf GTI, which is less expensive while also being fun to drive and practical, though it too lacks some of the quirkiness and personality of the Cooper S.

Almost anything the Cooper S offers can be done cheaper by another vehicle, except for the bespoke feeling that Mini offers. A Veloster N is a spiced-up version of a weird three-door compact. The VW GTI is a Golf that was made less boring. Both aren’t exactly original cars, while the Mini feels unique and special immediately thanks to its styling, personalization, and attention to detail. If all of that appeals to you, then it’s hard to argue with, but many buyers shop with their brains as well as their heart, and for those, the Mini may be a bit too compromised to justify buying. 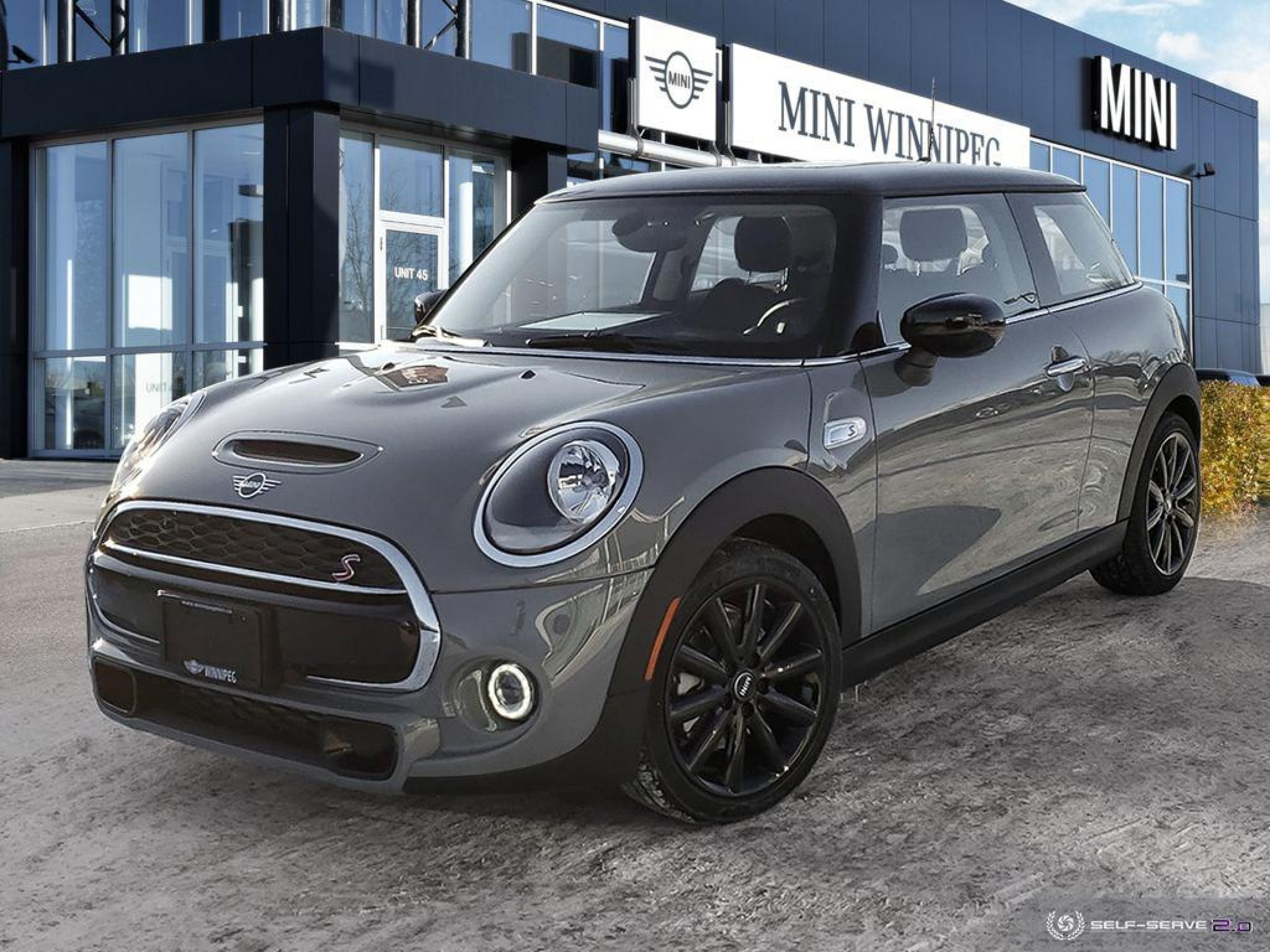