The Toyota RAV4 may look like just another compact crossover, but it was also the best-selling vehicle in Canada that wasn’t a pickup truck for 2019.

A little further down the list is the Ford Escape, which is new for 2020 and has a lot riding on its restyled shoulders. With Ford winding down its passenger car sales (Mustang excluded, of course) in favour of trucks and SUVs, the Escape now acts as a catch-all for orphaned shoppers who no longer have the Focus or Fusion to pick from. In that vein, the Escape can’t just compete in this segment – it needs to over-deliver to succeed. And the RAV4 is a mighty hurdle that it must clear.

Times change and so too should our tastes. As crossovers have gained in popular appeal, their designs have grown increasingly stylish. Of these two vehicles, I’d lean towards the rugged appeal of the RAV4, which channels Toyota’s truck lineup more than its cars. As a result, it features a boxy shape and hard corners that help it exude capability – even if it is, in reality, little more than a family-friendly crossover.

The Escape is clearly not inspired by Ford’s popular pickups, and instead provides a slightly more futuristic design; one that’s friendlier and softer-looking than the RAV4’s. From certain angles, it looks like a big and more modern Focus, which is good. It can, however, seem a bit anonymous from other angles.

The interior is modern and premium, which is a highlight compared to the RAV4, which feels a bit more utilitarian due to oversized knobs that dominate the dash. The Toyota’s interior looks and feels like the type of TV remote you’d buy for an elderly relative. The wood-inspired trim in the Escape is inoffensive, but the switchgear feels a bit mushy and flimsy, while the Toyota feels a bit more buttoned-down by comparison.

Safety is a big factor in the crossover realm, and both of these vehicles offer plenty of equipment – most of them standard. In the Escape, automatic high-beams, blind-spot monitoring with cross-traffic alert, lane-keeping assistance, and automatic emergency braking are all included. The upgraded package found in our Titanium adds features like adaptive cruise control, rear parking sensors, and lane-keeping assistance. The Insurance Institute for Highway Safety (IIHS) has awarded the Escape with a Top Safety Pick rating, its second highest.

The RAV4 comes with a more robust standard safety suite, which includes lane-keeping assistance, pre-collision warning with pedestrian and bicycle detection, automatic high-beams, radar cruise control and blind-spot monitoring. The higher trim levels a better parking camera and an upgraded blind-spot monitoring system with rear cross-traffic alert and reverse automatic braking. The Toyota also earned a Top Safety Pick rating from the IIHS. Of the two, the RAV4 gets the nod here thanks to its more impressive standard equipment.

The RAV4 continues to impress when it comes to practicality. Behind the rear seats is 1,059 L, which expands to 1,977 L when the rear seats are folded. This is downright generous compared to the Escape, but there are a few issues with the RAV4’s high seating position, which makes the front seats feel a little cramped for taller passengers.

The Escape doesn’t have quite as much cargo room, with just 869 L behind the rear seats and 1,852 L when they’re stowed. However, the seating is more accommodating, with a sliding second row to make more room for cargo or people as needed, and visibility is better here, too. It feels like Ford wanted to make a vehicle that’s slightly more compact and approachable and it delivers, while the RAV4 is meant to be a more practical and larger-feeling vehicle.

The Escape is friendly in more ways than just visibility. Everything inside feels a touch more modern, from the infotainment system to the controls and displays. There’s even an available head-up display, though it’s a flimsy plastic panel instead of a true windshield projection system. The digital gauge cluster helps to bring up the right information when it’s needed most. The infotainment system is easy to get around, and there’s support for Android Auto and Apple CarPlay. Finally, there’s the available self-parking system which will automate the process of parallel parking, or pulling into and out of a spot perpendicularly.

There are no special parking systems in the RAV4, and its infotainment interface feels dated and clunky to use. Fortunately, Android Auto and Apple CarPlay are supported. The vehicle and controls are pretty easy to find, which is a nice touch, and buyers who feel intimidated by too much tech won’t have anything to worry about here.

The RAV4 is a bit less flashy – it doesn’t have a Wi-Fi hotspot or a digital instrument cluster. But it does offer heated front seats and a heated steering wheel, and heated rear seats, the latter of which aren’t offered in the Escape. It has a rather small sunroof, but also offers dual-zone climate control, and a wireless phone charger.

Under the hood of the Escape tested here is a 2.0L turbocharged four-cylinder engine that makes 250 hp and 280 lb-ft of torque. It’s paired to an eight-speed automatic transmission and all-wheel drive. The setup is pretty exceptional in this class, feeling very strong and enthusiastic, unlike the RAV4’s, which can feel a bit dull.

The RAV4 is powered by a 2.5L four-cylinder that is also paired to an eight-speed automatic and an all-wheel drive system. Its 203 hp and 184 lb-ft are a far cry from what the Escape offers. Furthermore, the eight-speed feels pretty indecisive and unrefined when picking gears. It can stutter and clumsily land into gears in a very un-Toyota fashion.

Neither crossover would be described as uncomfortable, but there are moments when they’re unrefined. The RAV4 engine can get a bit buzzy and loud when you’re looking to make a pass, and its leatherette seating feels a little plasticky. The Escape has a few awkward moments while driving, with a suspension system that can sometimes feel a bit too floaty at times, but that’s better in a family-oriented crossover than one that’s too stiff.

Despite the truck-like feel of the suspension, the Escape offers a far more car-like ride on the road. It has a tight turning circle and responds quickly to steering and throttle inputs. The heavy steering is an acquired taste, but it makes the vehicle feel more engaging and sturdy.

The RAV4 gets a huge boost in driving behaviour thanks to its use of the Toyota New Global Architecture (TNGA) platform, which is also used in small cars and crossovers, letting the RAV4 feel far more dialled in than its predecessor. It feels responsive, yet still a bit less engaging to drive than the Escape. Sadly, Toyota seems to put all its personality into the aggressive, rugged looks rather than the driving experience.

When equipped with the 2.0L turbo the Escape is rated at 10.4 L/100 km in the city, 7.5 on the highway, and 9.1 combined, according to Natural Resources Canada (NRCan). These figures aren’t very good, but Ford offers a less powerful gas engine or an electrified powertrain for those who have bigger concerns about fuel economy.

The RAV4 is also offered as a hybrid and a plug-in hybrid will be on the way soon, too. But the 2.5L gas model consumes 9.2 L/100 km in the city, 7.1 on the highway, and 8.2, according to NRCan, making it more fuel-friendly than the Escape. However, the Escape feels so much more powerful that it may be worth the compromise in economy.

Since the model tested was the fully loaded Escape Titanium, it featured an as-tested price of $44,749 including destination and delivery – a bit on the high end of the price spectrum for this class.

The RAV4 is a bit more affordable at $43,476, and although it has a less impressive motor and a clunky infotainment system, it includes features like ventilated front seats and heated rear seats, not to mention the extra cargo space.

Ford has made its new Escape a capable jack of all trades. It’s a compact, family-friendly, and capable crossover that’s full of tech and modern amenities. The RAV4 feels far more purpose-built – it’s a spacious vehicle that’s built to accommodate families, and that’s about it.

As a result, we believe more buyers will be happy with the Escape and its ability to impress any manner of customer. Ford has built something that may not clear the RAV4 in all categories, but one that has become a solid vehicle in many key ways. Its pricing may stop it from being the most popular vehicle in the segment, but it won’t be far behind. 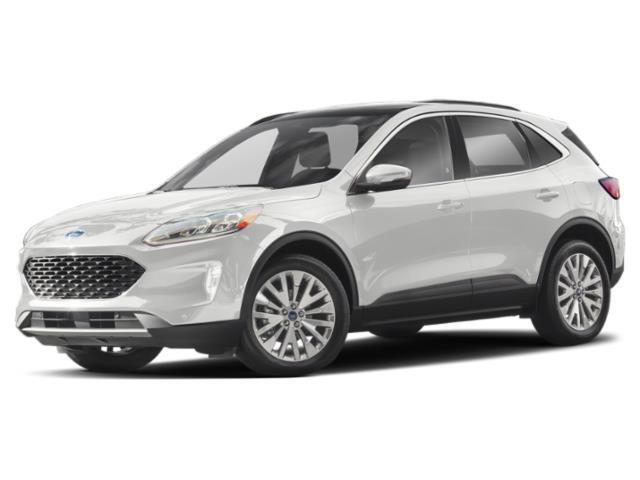 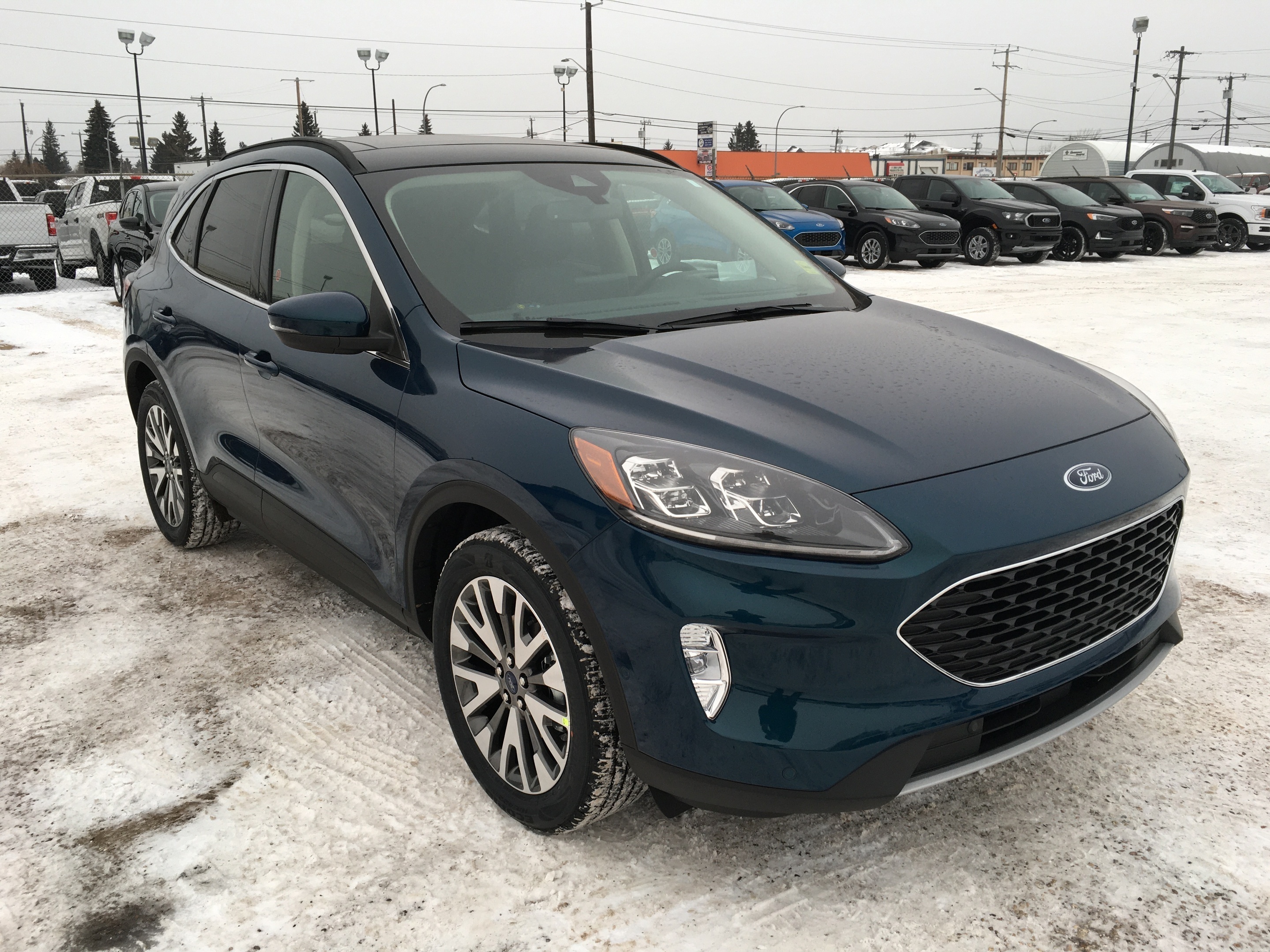 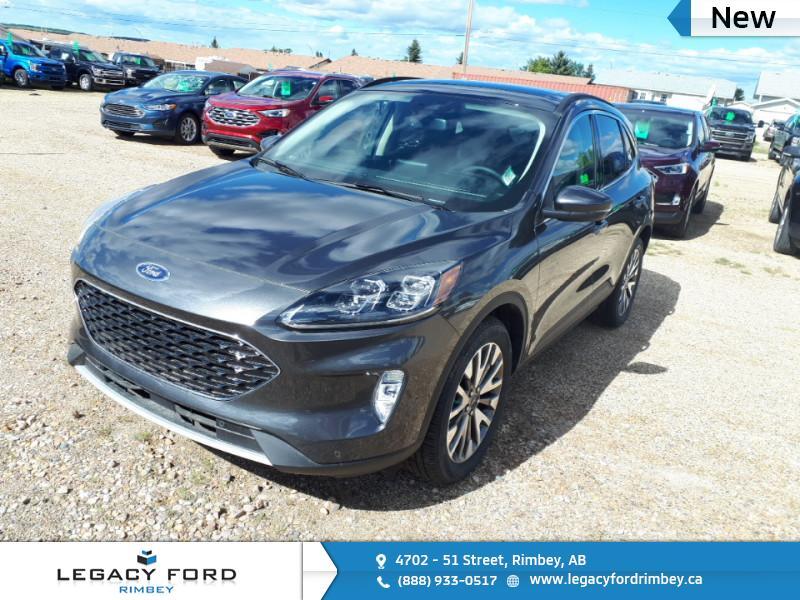