The Honda Passport was introduced about a year ago as a rugged mid-size SUV that blends the family-friendliness of the three-row Pilot with a more off-road-focused mindset. While some have already dismissed the Passport simply as a two-row Pilot, the reality is that Honda has created a vehicle that has its own identity – and one that resonates with the right crowd.

Under the hood though is a familiar engine: Honda’s 3.5L V6 that makes 280 hp and 262 lb-ft of torque. Seen before in the utilitarian Ridgeline and family-friendly Odyssey, as well as the Pilot, the engine here uses a nine-speed automatic transmission that’s paired to a standard all-wheel drive system.

In the past, the nine-speed has felt a bit out of sorts when changing gears, when it chooses to. It seems that Honda has massaged the gearbox for 2020, letting it feel a bit more natural. However, the powerplant, while smooth, isn’t the most exciting or powerful, sometimes struggling to move the 1,914-kg SUV with any rush.

Thankfully, the all-wheel drive system is clever, sending up to 70 per cent of the available torque to the rear axle, which can then shift to the left or right wheels as needed. What’s better, it’s a true torque-vectoring setup, not using the brakes to simulate the wheels locking up. There’s a drive mode selector as well to provide more confidence in different conditions. Driven through a snowstorm, the winter-tire-equipped tester shown here felt sturdy through the slush and snow – even as the white stuff stacked up.

A naturally aspirated engine paired to a nine-speed automatic, the Passport isn’t going the route of other crossovers with turbocharged engines and continuously variable transmissions. However, this can impact fuel economy. Natural Resources Canada (NRCan) has rated the Passport at 12.5 L/100 km in the city, 9.8 on the highway, and 11.3 combined. Our experience in the snowy weather saw that fuel economy estimate hold, but it required a lot of highway driving and the fuel-minded Econ mode to do so.

The Passport feels like a large vehicle. We’ve already established that it’s heavy and that can sometimes lead to it feeling a little bit slower than expected. But the weight also adds a feeling of substance, like the Passport truly is a tough and rugged truck. With 205 mm of ground clearance, the Passport features a higher ride height than the Pilot and even has more ground clearance than the Ridgeline pickup truck. There’s a bit of body roll and the steering is a bit lifeless, but unlike other SUVs that boast off-road capability, the Passport doesn’t feel stiff or uncomfortable on the pavement.

Unfortunately, the interior and exterior styling of the Passport aren’t very inspiring. It definitely follows the same design language as the Ridgeline and Pilot, which is moderately more attractive than Honda’s sedans (not to mention the smaller CR-V and HR-V crossovers). However, Honda has plenty of accessories available for customers, which can really play up the rugged appeal of the Passport, with items like roof rails and running boards.

The interior, while well-appointed, is a bit drab. There just isn’t very much to look at and some of the design decisions are a bit suspect. For example, the infotainment screen is a little small, and features a volume knob but no tuning knob, making media choices a bit more difficult. The gauge cluster is also a bit basic-looking, which is a shame considering how attractive other Honda gauge clusters are.

Besides the relatively small eight-inch infotainment screen and the bland gauge cluster, the Passport is fairly easy to get around and use. It takes just one look at the HVAC control scheme to understand it all, and the infotainment system features Android Auto and Apple CarPlay support, which even feeds navigation instructions to the gauge cluster. The windows are large and easy to see out of, and the various safety and driver assistance systems help such a large vehicle feel much less intimidating to drive than one might expect.

The Passport is pretty decked out in its highest trim level. The Touring model tested features heated seats in the front and back, as well as ventilated seats up front and a heated steering wheel. There’s a three-zone automatic climate control system, a wireless phone charger, and several USB charging ports throughout the cabin, too. The Touring model also features a remote starter. This top trim model also features a 550-watt sound system with 10 speakers, and there’s even a Wi-Fi hotspot feature. This is an impressive list of features even without mentioning the driver’s assistance and safety systems that are also offered.

The Passport boasts many standard safety features, including forward-collision warning system, lane-departure warning, lane-keep assist, and adaptive cruise control. Touring models feature blind-spot monitoring, while other trim levels feature Honda’s camera-based system that displays a live look at the passenger side of the vehicle when called upon.

It’s worth pointing out that the adaptive cruise control isn’t as fully featured as others, meaning it doesn’t bring the vehicle to a complete stop, and it can only be activated above a certain speed – in this case, about 40 km/h. According to the Insurance Institute for Highway Safety (IIHS), the Passport is a Top Safety Pick, which is the second-highest rating a vehicle can achieve.

The leather upholstery and wide seats make the Passport a solid choice for road trips, and the soft suspension helps the vehicle deal with crummy roads and broken pavement. However, one thing that’s important to point out is the constant wind noise that’s present in the Passport – especially on the highway. This is despite the active noise cancellation system and acoustic glass that’s designed to mitigate excess noise. Unfortunately, these features don’t do enough to help.

It’s impossible to overstate just how practical and family-friendly the Passport is. Based on a three-row SUV, it has a ton of cargo room and is very spacious for passengers, too. Behind the second row of seats, you’ll find 1,430 L of cargo room, and when you fold them down there’s a total of 2,852 L. There’s also a hidden storage area in the cargo area and four tie-downs to help with trickier hauls. I also love the amount of in-cabin storage space and at-hand storage areas. The front door panels have three shelves and cubbies to store items, and there is a massive storage area between the front seats. Simply put, the Passport has more than enough space for you, your friends, all your stuff, and everything you’ll need on your adventures together.

With a starting price of $44,436, it’s odd that the Passport is more expensive than the larger Pilot. Our fully loaded model has an as-tested price of $51,436 including delivery. That’s a lot of money, especially if you look at some alternatives in this class like the Jeep Grand Cherokee, which has many trim levels and engine options while being equally as capable off-road. That fully loaded price of the Passport also bumps up against the likes of more premium vehicles like the Acura MDX or Lexus RX. It’s difficult to justify spending this much on the Passport.

Rugged and spacious, the Passport certainly has its merits, and buyers who emphasize these traits will be pleasantly surprised by just how many features are found in this mid-size SUV. However, the pricing is a bit expensive, and there isn’t much in terms of design and curb appeal. As a vehicle that sits right between the CR-V and the Pilot in terms of size and space, the Passport ends up providing more confidence to the driver than the smaller CR-V can provide, without being as boring or large as the Pilot. 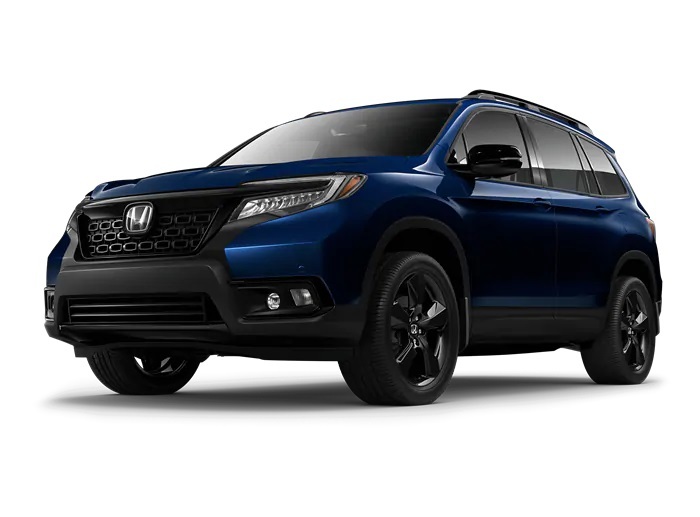