The company that sells more full-size pickups than any other has made its triumphant return to the increasingly crowded compact truck segment. The 2020 Ford Ranger isn’t about the glamour – that’s left for the Jeep Gladiator – but it’s still an important piece of Ford’s car-free puzzle.

This is a handsome truck, especially with the honeycomb black grille that comes with the lower XL and XLT trims. It’s not aggressive and in-your-face like the F-150 – or the larger Super Duty trucks from Ford – and it’s certainly not as expressive as the Jeep Gladiator, but if you’re shopping for a truck this size you’ll be well served by the Ranger’s understated looks. Its overall shape is more complex than a first glance reveals, especially in the rear, giving passersby plenty to look at down the road.

It’s a pickup, so practicality is the name of the game, but there are still plenty of ways to make even a pickup box more – or less – useful. This Supercrew version has a five-foot box, which puts it on the short side of the spectrum when it’s time for hauling lumber and powersports gear. It’s not wide enough between the wheel arches to fit the ubiquitous sheet of plywood, nor does it offer a multi-position tailgate to help accommodate longer items like some of its competitors.

Inside, the rear seats can either fold up for some extra storage space or down, though the former doesn’t offer much additional volume. Storage space up front is good, as is door pocket space to hold gloves, bottles, and whatever else you may need. A crew cab like this one offers 1,650 lb in payload and 7,500 lb max towing.

With only a 2.3L turbocharged four-cylinder on offer, the Ranger doesn’t exactly make truck-like noises, nor does it look particularly truck enough on a spreadsheet. But this engine, combined with an excellent 10-speed automatic transmission, does a great job of moving the Ranger along whether it’s empty or full. The motor is more whirry than rumbly at low engine speeds, but it sounds the part when you’re on it. 270 hp and 310 lb-ft is plenty, and you don’t need to wind it up to that torque to make an appearance.

What that smaller engine lacks in aural sensation it makes up for with fuel consumption. Ford’s four-cylinder beats much of the competition’s sixes (their fours offer much less power), with the 11.8 L/100 km city rating in particular significantly better. Our own driving – in winter weather and with plenty of time spent using the four-wheel drive system – returned roughly 10.5 L/100 km, marginally beating the Ranger’s 10.9 L/100 km combined rating from Natural Resources Canada (NRCan).

When it comes to compact pickups, value is a tough proposition to measure. Compare it directly with Ford’s own F-150, and whether you cut it kilo for kilo and cubic foot for cubic foot, it looks like a terrible deal. Given the steep discounts commonly applied to full-size trucks, it’s not unthinkable to get an F-150 in a higher trim for the sticker price of this truck. But value is about more than size per dollar. The F-150 will use much more fuel, take up much more space, and just generally need more thought and attention all of the time due to its dimensions. (Parking further away in parking lots and navigating narrow city streets spring to mind.)

Compared with the other options in the segment, the Ranger offers better value, especially when fuel economy is in the mix. The Ranger starts at $32,159 before freight, fees, and taxes, but includes standard four-wheel drive, which isn’t the case with the F-150. The tester here, a Ranger XLT FX4, starts at $38,329 but features enough add-ons to push the price $50,389 with destination and A/C tax.

On the road, the Ranger manages something that many bigger trucks can’t: It feels solid. As the full-sizers get more comfortable, they get more capable, meaning they still feel like trucks. Every jolt sends multiple movements through the tires, suspension, steering, frame, and cab. There’s no mistaking the Ranger for a sedan, but it’s much closer than most pickups can get. The springiness common in most full-size trucks simply isn’t found here. I can’t independently verify that Ford updated the Ranger over last year, but while the rear end still bounces excitedly over cracks and bumps in the road, it seems much better than the 2019 version I drove in the same trim.

Off-road, the bouncing of this FX4 version soaks up punishing impacts, though it’s likely to still spill an unsealed coffee. The skid plates come in handy, though, as does the electronically locking rear differential that will even lock up in two-wheel drive if speeds are low enough. Combine that with the various drive modes that tailor the four-wheel drive system to different terrains and the crawl control low-speed cruise control system, and you have a very capable vehicle on rough terrain.

Pickups are all about ease of use, and that should be the case both inside and out. Ford gets points here for giving just about every control a real button or knob for you to push and twist. The Sync infotainment system’s screen is responsive and works quickly. Some of the controls, though, are tougher to use than others. The low-contrast temperature adjustment controls are the most prominent example, requiring long looks down while driving to see them (and usually requiring me to remove my sunglasses, too). A brighter colour or some contrast highlighting would make this one much easier to use.

Bigger feet and the narrow side steps could pose a challenge for getting in and out, but Ford offers a number of choices in this regard, and at least one should suit most. The interior materials and shapes feel dated – like the previous generation of Ford design that they originate from – but against the rest of the compact field, the Ranger presents itself well.

With high-up seats that offer plenty of adjustment, the Ranger is a comfortable place to sit. The bounciness of the ride makes handling hot beverages more of a challenge, but this is a truck; that’s how they work. The rear seats, too, despite the smaller cab, have enough room for most adults to sit comfortably, though the upright angle of the bench could be troublesome on long road trips. Regardless, this is a massive step up compared with the jump-seats of the last Ranger. There are latches in the back for rear-facing child seats, though front-seat occupants had best be ready to move their seats forward.

Ford’s included an 8.0-inch touchscreen here running its Sync 3 infotainment interface, so it gets Apple CarPlay and Android Auto connectivity. It also has dual-zone climate control and heated front seats, but a heated steering wheel and heated back seats aren’t on the options list, surprising in a vehicle of this price point. Likewise, there is a rear defroster and opening rear window, but it’s not a power-opening panel. The 110V power plug, multiple USB ports, and spray-in bedliner are all features we’re glad to have, as is Ford’s keyless entry keypad that lets you pop out to grab something from the truck without your keys or to lock them inside when you’re outdoors.

Ford’s Co-Pilot 360 comes standard, adding pre-collision emergency braking, automatic high-beams, blind-spot alerts that extend to include a trailer, cross-traffic alerts, and lane-keeping help. This truck had the Technology add-on, which brought navigation but also adaptive cruise control and SiriusXM Traffic and Travel link, giving it all the driver aids you really want.

The Ranger presents buyers a bit of a conundrum in that it’s possible to buy a bigger truck for less money. But as we’ve long known, bigger isn’t always better and more isn’t always, well, more. If you need to haul dirty stuff but not in house-sized quantities, and you don’t feel like spending all of your time looking for jumbo-sized parking spaces and filling a massive fuel tank, then the 2020 Ford Ranger is very much right-sized. In a time where reducing waste is more important than ever, reducing your truck waste, with a vehicle like this seems like a smart decision. 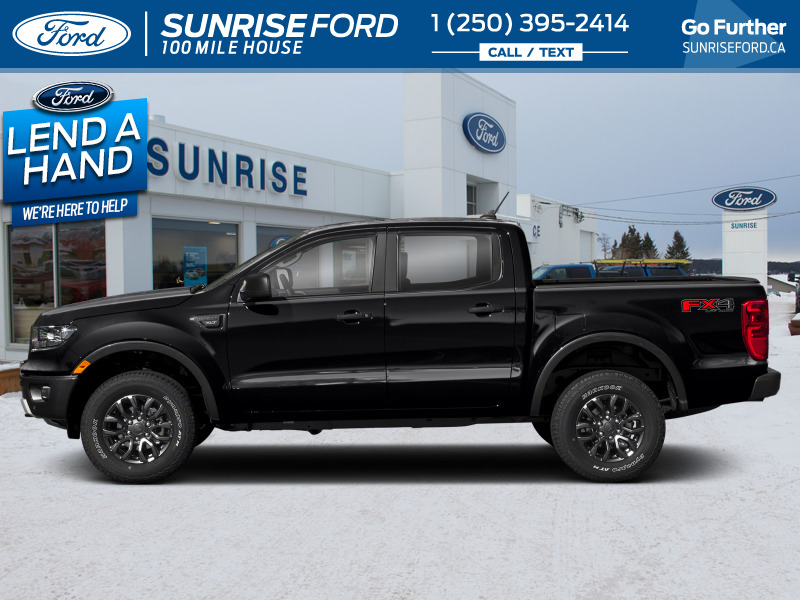 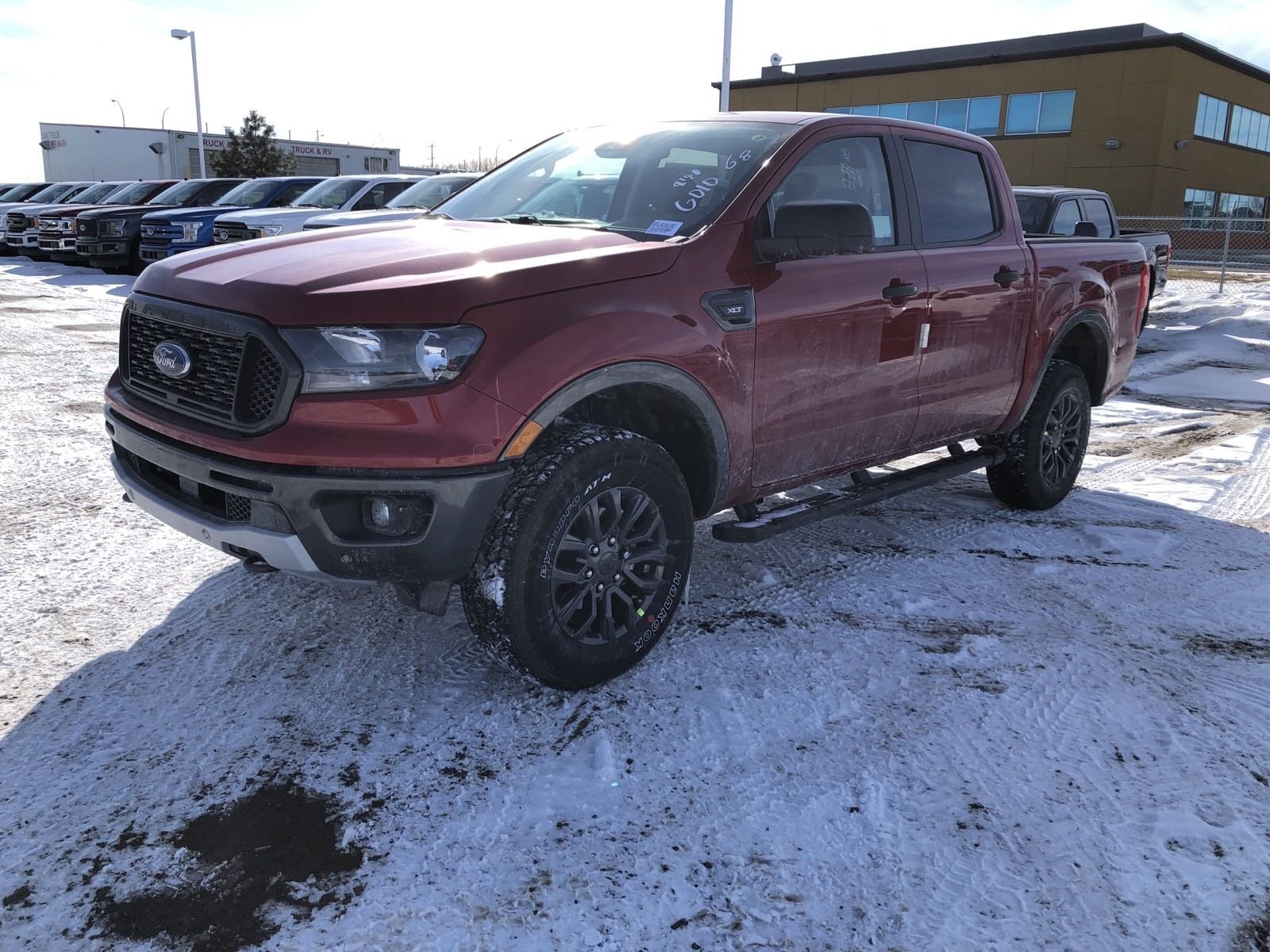