After driving a few hundred kilometres in a 2020 BMW X6 M50i on a recent ski trip, it became abundantly clear that the M50i versions of BMW’s mid-sized SUVs, with their turbocharged V8s, are all the performance SUV any reasonable person should ever need. After all, they’re spacious, comfortable and capable, and, with more than 520 horsepower, they’re ferociously fast.

Of course, BMW’s M cars have always been meant for motorists who are at least a little bit unhinged. With their performance potential turned up to 11, the M cars are the pinnacle of what the frenzied motorsport division can create for road use.

So, you don’t need this car, but after driving it, you’re going to want this car, especially if you enjoy subjecting your body to serious G-force loading.

Like the M50i SUVs, the X5 M and X6 M start with a 4.4-litre, twin-turbo V8 engine, but once Munich’s mad scientists of speed are finished, 523 horsepower becomes 600. Consequently, 0–100 km/h times drop from mid-4 seconds to 3.9, and in case you’re not sufficiently impressed, consider the five-passenger comfort, and the nearly 2,500 kg mass of these rigs.

But wait, there’s more. For an additional $8,250 over the base X5 M and X6 M cars, you can order a Competition model that dials up the horsepower by an additional 17 to 617 hp and unlocks a Track drive mode setting. Plus, it shaves one-tenth of a second getting to 100 km/h.

The result is a shockingly capable performance machine. Driving an X5 M Competition around the mountainous backroads north of Phoenix, Arizona, the large SUV masquerades as a super sport sedan with incredible believability. Acceleration, as one would expect, is fierce, and leaving all but the most exotic traffic behind at a stoplight requires little more than an effortless, part-throttle jab.

On a few occasions, my driving partner and I would come across slow-moving traffic on those Arizona back roads. The X5 M executes passing manoeuvres at wide-open-throttle that are hilarious overkill, attaining velocities that should have had the local constabulary tearing up our driver’s licences on the spot. With the optional M Driver’s package, the X5 M will continue streaking toward the horizon at up to 285 km/h. Such behaviour is not to be condoned, of course, but surely few people possess the strength of character to resist the addictive nature of 617 horsepower.

It’s the effortlessness of it all that makes the X5 M so astonishing, and not just in terms of its thrust. The grip from the massive, track-ready tires and rear-wheel-drive-biased all-wheel drive system (à la BMW’s M5 super sedan) not only cling to the pavement in the corners, but help launch the SUV out of them as the road straightens, too.

The X5 M is tall and it’s heavy, and wide too, so it isn’t as much fun to tear up the twisties as an M2 or M3, but it’s nevertheless capable of maintaining incredible cornering speeds. Body roll is virtually non-existent thanks to an active roll-stabilization system and BMW’s M-specific adaptive suspension. If you can imagine driving a tall BMW M5 wagon and you’ve got a sense of what the X5 M is like to hustle around.

As first seen in the M5, the X5 M and X6 M have a pair of red M1 and M2 buttons affixed to the steering wheel that allow to driver to select the various sporty or sportier drive modes configurable for everything from throttle response, exhaust noise and steering ratio, to brake pedal sensitivity. The depth of configuration and customization is mind-boggling and makes me wonder how many people will ever take the time to really experiment and dial things in optimally.

Regardless, out of the box it all works brilliantly anyway (suggesting a whole lot of unnecessary complexity, perhaps?), with the steering being heavy and quick when needed, and the 395 mm front and 380-mm rear M compound brakes offer up awesome stopping power with smooth, linear modulation. BMW has mastered the eight-speed transmission, too, blending the ability to shift imperceptibly when cruising, or instantaneously when needed. The M Steptronic system in the X5 M and X6 M is no exception, managing the prodigious power expertly.

Despite its performance chops, the X5 M and X6 M are still luxury cars and the interior is chock-full of all the latest tech and amenities the buyers of contemporary premium cars expect. The seats are swathed in contrasting-tone Merino leather hides with hexagonal patterns. They’re heated and cooled, but our tester was also optioned with massaging functions, too, making them sublimely comfortable, yet bolstered aggressively enough to hold an occupant firmly in the corners.

Other niceties like heated armrests and cup holders that can be heated or cooled, plus a panoramic sunroof, a killer stereo, and a head-up display are all found here too, decorated with beautiful metal and carbon-fibre trims, plus soft-touch plastics. There’s ample room for five passengers in the X5 M, though the rear of the X6 M with its steeply raked roof line is tighter for headroom. Legroom is decent in both models. The X6 M also gives up a few hundred litres of cargo carrying space to the X5 M, and it lacks the X5’s convenient two-part tailgate, but from my ski trip adventure, I can confirm that even the X6 has ample room for skis, snowboards, and luggage.

Wickedly fast, yet sufficiently decadent, it sounds like the X5 M and X6 M are the best of all worlds, right? Not so fast. The M-specific adaptive suspension produced very little difference in ride quality despite switching between Comfort, Sport, and Sport +, that should be more aptly named “Hard”, “Very Hard”, “Call Your Chiropractor”. And this assessment was based on driving around Arizona’s smooth roads, making pot-holed Canadian pavement a legitimate worry.

The X5 M and X6 M’s technology is also challenging to live with, particularly BMW’s Gesture Control associated with its iDrive infotainment system. During normal conversation with my driving partner, basic hand movements and gestures resulted in repeatedly – and unwittingly – messing with the audio settings. One time another conversational hand flourish resulted in our seat coolers turning on, the sunroof shade opening and the climate control setting itself to freeze mode, all out of the blue. And the SUV’s ears are always listening too, asking us for our bidding whenever either one of us would mention “BMW” in discussion.

All of this can be modified, of course, but it speaks to how incredibly complicating these new features can be for the average buyer, necessitating considerable time with the owner’s manual or sales advisor to set things up at the dealership.

The biggest problem with the X5 M and X6 M has nothing to do with the models themselves, but rather, their more affordable siblings, the X5 M50i and X6 M50i. While each is down nearly 100 horsepower compared to the full-on M variants, the torque output is exactly the same at 553 lb-ft. And while the full-M models deliver that peak figure through a broader rev range, the M50i is still sensationally robust, meaning that without driving them back to back in a closed-course setting, the performance benefits of the M will never realistically be felt.

The argument can be made that the Competition models also open up full Track mode capabilities, but as accomplished as these machines are, it’s absurd to think anyone will use them as track cars, ever. An X5 M50i starts at just around $90,000, or about $30,000 less than the entry point for an X5 M Competition. The less practical and oddly proportioned X6 M Competition is almost $4,000 costlier still.

For day-to-day comfort, luxury and practicality, the X5 M50i makes more sense, and a quick search on autoTRADER.ca produces a handful of interesting pre-owned BMW M3s and M4s available for less than $40,000 that would make excellent weekend corner carvers or track cars. 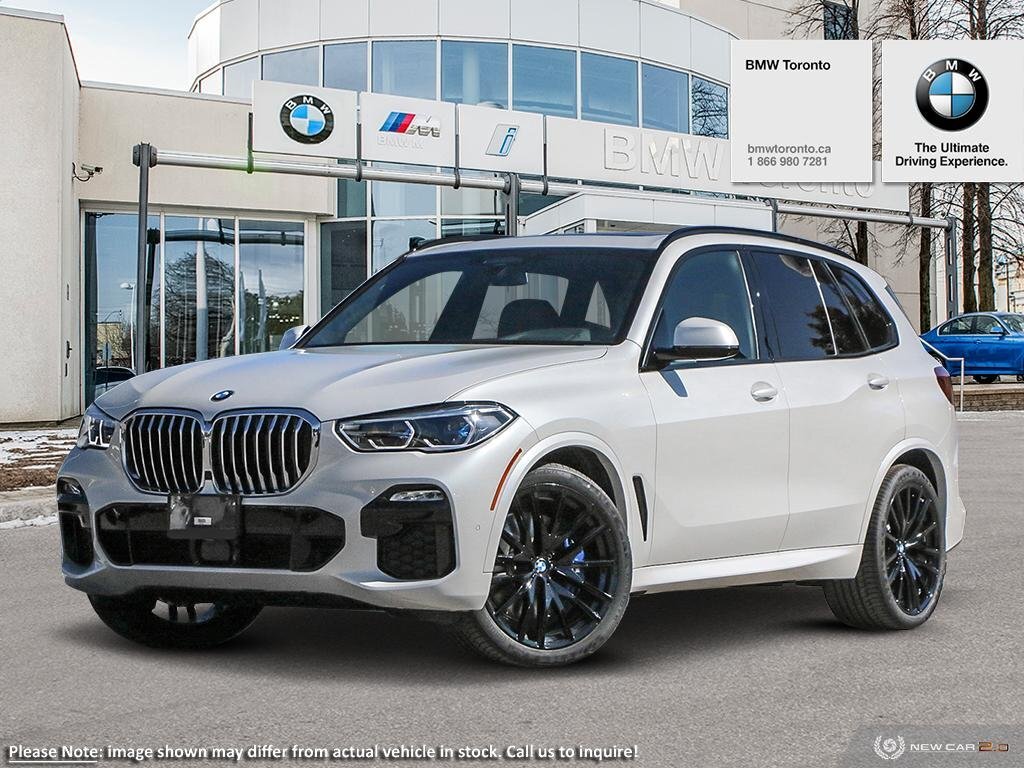 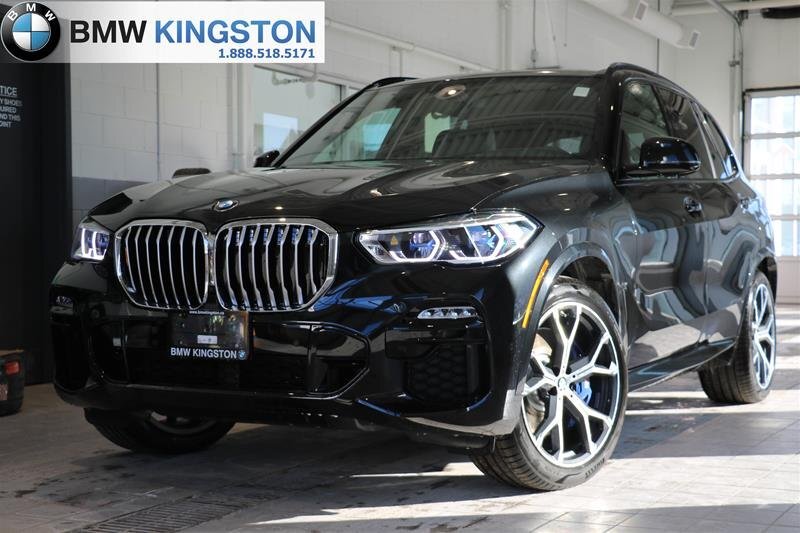