Years from now, automotive enthusiasts look back on the 2020 model year as the chronological cut-line dividing two very different schools of sports car philosophy. On one side, receding ever more rapidly into the distance, are the champions of driver involvement, visceral sensation, and the ability to occasionally colour outside the lines by way of great big streaks of black rubber. On the other lies the current zeitgeist of carefully curated speed experiences engineered primarily to produce impressive on-paper numbers coupled with squeaky-clean asphalt performance.

Playing the role of the great divider is the dramatically re-imagined, and completely transformed 2020 Chevrolet Corvette. Gone is the fire-breathing rabble rouser of its entry-level model, and in its place rests a perfectly competent, buttoned-down placeholder. Although by any quantifiable metric an improvement over the older model, Chevrolet’s once-blue-collar hero is clearly awaiting the inevitable, over-the-top drivetrain upgrade that will give its advanced chassis design the wow factor to back up its supercar-baiting looks.

Nothing Remains the Same

It’s hard to overstate just how different the all-new C8-generation Corvette is from its predecessor, the C7. The most obvious mark of distinction comes with the placement of its familiar push-rod V8 engine, which has moved from its traditional under-hood nest to its new home directly behind the driver.

It’s a design decision that directly impacts not only the coupe’s handling, but also its packaging and styling. By shifting its most massive component as close as possible to the centerline of the car, Chevrolet’s engineers have been able to give the Corvette a more neutral balance when cornering at the high speeds for which it’s been designed. In turn, the C8 abandons the long hood/short rear deck silhouette of its predecessors in favour of wide haunches at the back and a nose that tucks down right in front of its wheels, suggesting proportions more commonly associated with European rivals from Lamborghini or Ferrari.

Another major change to the Corvette’s character is its move to a single automatic transmission choice. This dual-clutch, eight-speed unit (developed in partnership with Tremec) is intended to impress with its ability to execute gear changes much more rapidly than any clutch-pedal-equipped car ever could. Its superhuman cog swaps can be accomplished without human interference via a number of painstakingly programmed algorithms, or via a set of paddles attached to the steering wheel.

Whether this matters to you or not will depend on whether you are a member of the one percent. No, not the upper income bracket, but rather the vanishingly small slice of new car buyers who prefer a manual transmission. Chevrolet claims that to configure the Corvette to feature a traditional shift-it-yourself gearbox would have resulted in a less than ideal driver experience due to the details of its transaxle placement.

Making up for the loss of a stick is, well, a much bigger “stick” in the form of 495 horsepower and 470 lb-ft of torque from a dry-sump equipped 6.2-litre V8 engine. Dubbed the LT2, those figures come with the car’s performance exhaust option, which Chevrolet is confident nine out of ten owners will order. It’s a substantial upgrade over the departing LT1, although it’s tasked with motivating about 100 kilos of extra mass compared to the C7.

A further radical rethink is evident inside the Corvette’s cockpit, which wraps aggressively around the pilot and sequesters the right-side rider behind a sweeping wall of climate controls. Snugged between that and the steering wheel are a single infotainment screen, a push-button shifter, and a dial for accessing the vehicle’s various drive modes.

It’s clearly a cabin that was conceived first and foremost for the driver, as passengers are in tough to reach over the abutment to their left and make use of the Corvette’s touchscreen (and are destined to unwillingly interact with its heating and cooling systems by way of their elbow or forearm). Although the closed-in right side of the car is somewhat more claustrophobic than the other, in general, it’s a comfortable environment suitable for long-distance touring. This impression is further bolstered by the presence of a pair of cargo compartments, one at each end of the car (despite the rear trunk’s capacity being mostly wiped out when storing the C8’s removable targa top).

With more power and only a slight weight increase, you might be confident that the 2020 Chevrolet Corvette outperforms its elder, and you would be right: with a 0–100 km/h time of less than three seconds (when equipped with the Z51 performance package), the 495 horsepower coupe’s launch control makes short work of any stoplight battle. Top speed for the Corvette crests 300 km/h, which is heady territory for any automobile.

Curiously, that same explosive acceleration off the line is absent when hammering the gas pedal at higher rates of speed. Above 100 km/h, the C8’s acceleration does not snap your neck back, and although it makes a glorious noise from its quad tailpipes, it never manages to feel as lively as the C7 did when pushed above the legal limit. It’s a matter-of-fact turn from the drivetrain that normalizes speed while mellowing the rush of past Corvettes.

On a road course, the new Corvette’s extra mass is perhaps a bit easier to spot, if only because its balanced distribution serves to accent the chassis’ propensity to push when carrying too much velocity into a corner. The undulations of the Spring Mountain Motorsports Ranch provided ample opportunity to provoke the Chevrolet into an untoward display of oversteer, and yet the car steadfastly resisted temptation. Any outside step from the rear of the C8 was dealt with instantly by a minor correction of the steering wheel, and it requires a concentrated effort to divert the car from its intended course.

This is by far the most driver-friendly version of the Corvette ever produced, but the trade-off is the expectation that one remains within the carefully drawn boundaries of its Swiss-like chassis neutrality. Attempt to venture outside, whether through hazard or skill, and you are rapped on the knuckles by a front end that scrubs your speed as its scuffles its way offline. There are rules on this race track, good sir or madam, and they will be obeyed.

Something Gained, Something Lost

It was perhaps inevitable that this day would finally come. In a world where the Mustang has been electrified and the Viper has been quietly taken behind the barn, America’s last remaining automotive icon has been thoroughly sanitized in order to tackle the new market realities of modern sports cars.

There is no doubt that the C8 is the quickest, most capable base model Corvette to date. By the numbers, it’s an engineering project without precedent at General Motors, and it has produced a car that checks every box on the benchmark list. The latter seems to count an inordinate amount in a world where technology has made speed a commodity to be packaged and doled out in digitally controlled increments.

Sports cars are meant to do more than simply run the numbers, however. At their best they also stir the soul, and they do this by convincing you to spend inordinately more time behind the wheel than is absolutely necessary. Seen from this perspective, the C8’s matter-of-fact, strictly-business character in comparison to the car that came before it makes it more of a lateral move when it comes to the overall driving experience.

This is doubly disappointing when considering the promise that the Corvette’s fantastically extroverted body work makes to everyone around it. It could very well be that the C8’s new mid-engine platform is simply too advanced to be truly enjoyed without an irresponsible amount of power resting directly behind your head, and that upcoming Z06 and ZR1 models may reveal a more enjoyable genius.

Much has been gained by the 2020 Chevrolet Corvette’s evolution from front-engine live wire to mid-engine marvel. It’s perhaps too soon to tally how much has also been lost. 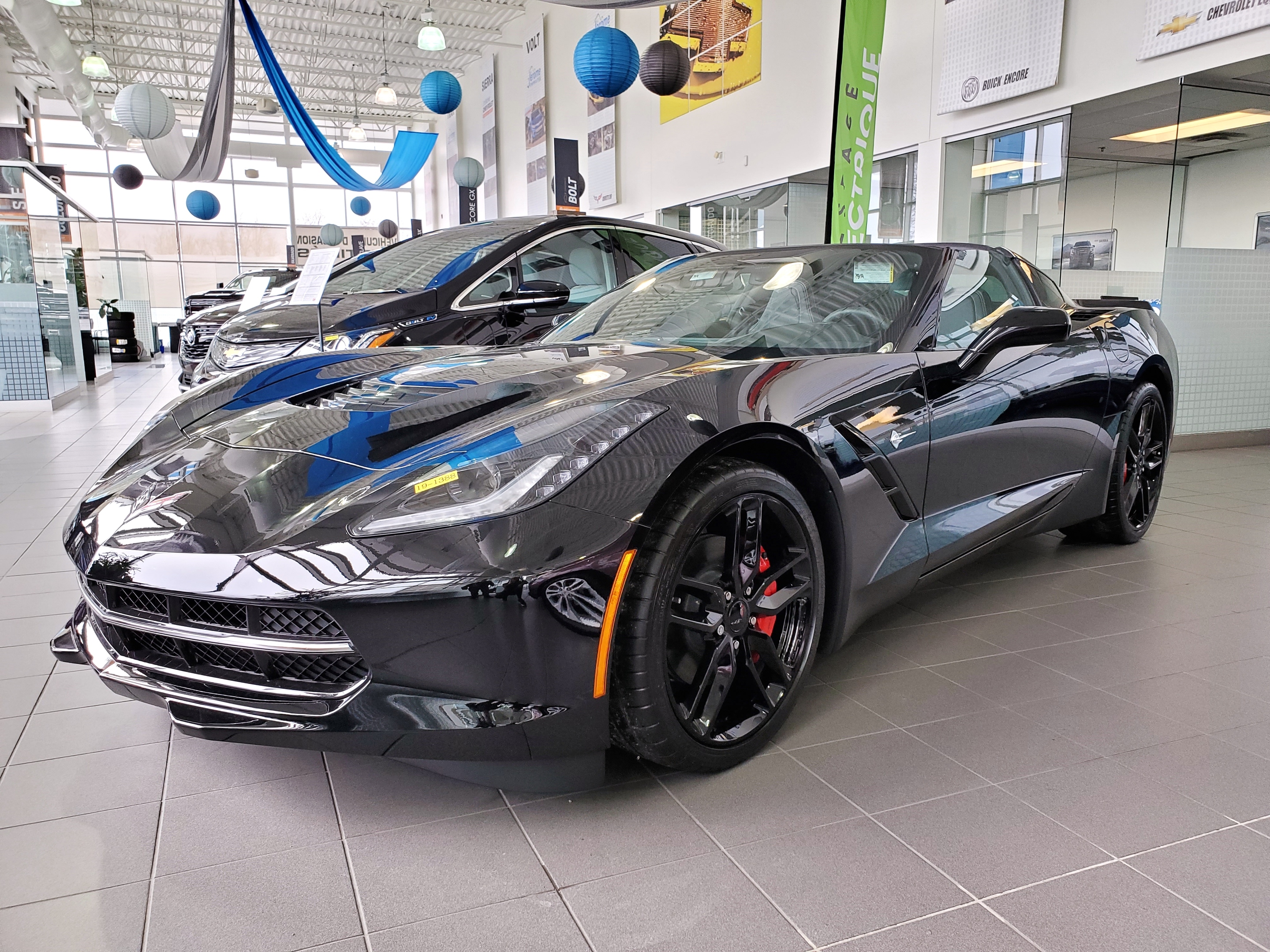 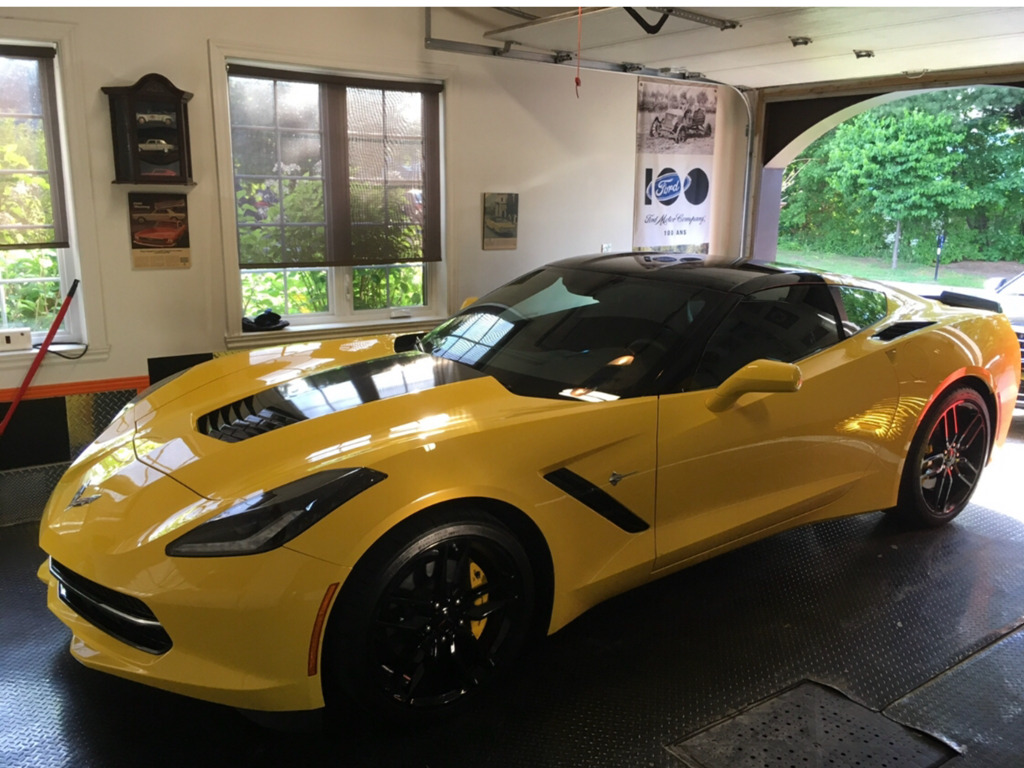