If you’re a tech-savvy luxury-driver on the prowl for the latest the crossover segment has to offer, the 2020 Mercedes-Benz GLE 450 needs to be on your test drive hit-list. Once you’ve driven it, I’ll bet you find it about the most impressive interior in the game today, too.

The GLE 450 is one of numerous GLE variants currently on offer from Benz’s large and growing crossover lineup. By my estimation, it’s a machine of many strengths and few weaknesses.

The looks of the new GLE – both outside but especially inside – are among its most appealing attributes.

Outside, smooth edges and the abundant use of razor-sharp LED accent lighting helps create a presence that’s distinctive and graceful. Shoppers who dislike bland-looking SUVs will like what’s been crafted here.

Note that photos don’t do the GLE’s size much justice: Though it’s styled to look somewhat lean, this is a very big machine.

The cabin is a knockout, and many cross-shoppers will be delighted with how much is new, and fresh, and high-tech on board. The designers show some serious swagger, specifically in how nicely they’ve balanced out so many contrasting elements.

Open the door, and it’s rather organic-looking. My tester’s brown leather seats and matte-finish wood trim combined with curvaceous and flowing shapes provide a look that’s modern, earthy, and calm. Strategic use of aluminum and gloss finishes subtly drives up the visual complexity just enough.

Once buckled and comfy, you start the engine and become surrounded by vivid, colourful, and crystal-clear displays that can be toggled, tweaked, and customized to taste. All of your inputs are met by smooth and dramatic on-screen animations.

So, you’re greeted by a unique take on a modern luxury cabin, and a moment later, as you focus on the road, you’re surrounded by any information you’d like displayed on a bunch of amazing-looking screens that softly and colourfully glow away in the background.

There’s even a head-up display – the clearest and largest I’ve ever seen. Like so much of the cabin, it’s just a little bit more magnificent than you might be expecting. Also, the GLE 450 is as close as I’ve ever felt to driving a sci-fi central command centre down the street.

Safety-minded shoppers considering a GLE have little to stress over. The model has achieved some of the industry’s highest safety scores, referencing excellent occupant protection, crash-avoidance features, lighting provisions and more.

The LED headlamps fitted to my tester were excellent. After a mystifying pre-drive stretch that scatters the beams around like a robotic light show, the LED optics converge to provide potent and vivid forward illumination that reaches far down the road ahead and provides excellent peripheral coverage into unlit culverts and treelines.

Other safety features work as well as the best I’ve ever used, with consistent, predictable, and trustworthy responses to lane-keeping and adaptive cruise control interventions that quickly put first-time users at ease. The GLE’s various sensor-driven safety gear can be turned on and off with relative simplicity as required.

Panic braking is met with a spongy pedal feel that could inspire more confidence, though the GLE pulls down from speed with authority and won’t leave most drivers expecting more stopping power.

The GLE is a crossover of generous proportions. This makes it very practical to use, provided you’re not in an area with limited parking-space size, or street-only parking, because the GLE does take up a good bit of space.

Second-guessing is not required before loading up and heading out. The cargo hold is very generous: deep, wide, and tall. The load-in height may, however, be a touch taller than some drivers – or some smaller canines – may like.

Rear seating for two adults is generous in all directions, even for tall or long-legged passengers. At a roughly average 5'10", I could sit behind myself with loads of knee room to spare.

Entry and exit are on the tall side, and most drivers will find the need to tip upwards, even slightly, on their way in. Thicker-than-average rocker panels may interfere with the easy boarding of certain passengers, too. Be sure to try it several times on a test drive.

Though complex and full of high-end electronics and interfaces, the GLE is user-friendly in operation, provided owners put in the time to learn and practice each system.

For instance, a track-pad accepts touch inputs on the centre console, or the driver can touch the screen if they wish. Additional touch-sensitive points on the steering wheel can call up additional menus and customizations. It’s all a bit daunting at first, but relatively easy to sort through at your own pace.

Elsewhere, a full suite of fully automatic features, including high-beams and wipers, enables a laid-back, set-it-and-forget-it drive. The engine starts with a button press, the gear shifter stalk operates with a half-inch tap of your right pointer, and steering at low speeds is light as a feather. For parking, the driver is also backed by a surround-view system with clear, bright graphics.

Expect minimal stress when it comes to using or interfacing with this machine after an initial learning curve that may take a few days.

Shoppers can expect to feel like they’re getting their money’s worth from the GLE’s feature list. Priced around $81,000 with several optional packages, my tester left me wanting for little more than ventilated seats.

Feature content favourites on my tester included the oversized and crystal-clear head-up display, LED headlamps, and a fiery-hot heated steering wheel, itself finished with plenty of leather and metal accenting.

Charging ports, including ones of the new USB-C variety, are found throughout the front of the cabin, too.

Under its hood, my tester’s 3.0L straight-six engine utilized both 48-volt hybrid technology and a turbocharger for 362 high-efficiency horsepower, backed by a boatload of low-end, electrically assisted torque.

The powerplant is most impressive in city driving: Use sport mode, and the throttle-response is giggle-worthy as you zip through traffic. Here, the engine uses minimal revs, is electric-smooth, and barely makes a peep.

Sportier drivers will need to leave sport mode engaged, as other drive modes are somewhat numb where responsiveness is concerned in the name of fuel efficiency.

Opened up for a quick pass or merge, the engine keeps things calm and quiet, while churning out generous forward thrust. Just be sure to use lots of throttle, as the nine-speed automatic can be fairly shy about kicking all the way down.

In all, this powertrain is a good fit for the driver who prefers a peaceful drive, but likes a bit of bonus firepower in reserve for occasional use.

Though the GLE’s overall feel can be toggled to varying degrees with a drive-mode selector, a few attributes tend to shine through. First, if you like driving a big crossover because you like driving something big and sturdy, the GLE won’t disappoint. It’s a big vehicle, and it drives with a feel that’s light at the controls, but heavy on the road. Especially on highways, the drive is very relaxed, quiet, and almost soothing.

Good outward sightlines help put drivers at ease and in sync with their surroundings, reducing stress. Average-sized adults will have generous space around them, and seats are thick but not pillowy, and highly adjustable to specific preferences.

The heated steering wheel and seats get good and toasty in quick order, ditto the heated centre console and front-door armrests, if you turn them on via the on-screen menu system.

Your author’s favourite feature was found in the “seat kinematics” sub-menu. At a click, the seat can be made to occasionally adjust its position – very slightly – beneath you. This happens every so often on a long drive, basically handling the shifting in your seat for you. Drivers can even recline the seat of a dozing front-seat passenger with the press of a button.

The GLE’s ride proved a mixed bag on my watch. I enjoyed it primarily as a long-haul highway cruiser. Set the cruise to 110 km/h, and it quietly glides along, soft, but not gelatinous, with a heavyset, dense feel. Here, it’s easy to drive, quiet, and highly conducive to socializing and relaxing.

Smoother in-town roads are handled nicely, too. Mild dips and bumps pass beneath without much incident. But in my locale – and maybe yours too – the roads are in poor shape, which translated to surprisingly poor ride quality in the GLE compared to its creamy smoothness on the highway.

Very rough surfaces (ditto many off-road trail surfaces) simply trigger more noise and harshness from the GLE’s suspension than what’s to be expected in this price-point, and sometimes with rhythmic buzzing that can be felt throughout the entire vehicle. That’s only on the very worst roads, mind you, but I’d still advise shoppers test drive the GLE on the roughest road available to confirm the ride quality for themselves.

Official fuel consumption data for the GLE 450 was not available at this writing, however, with the new turbo engine’s high-output hybrid system and very low highway cruising revs, most folks could handle an eight- or nine-hour drive on a single tank of fuel.

Note that the high-performing hybrid system here is a performance booster, as well as a fuel saver. Shoppers can expect pleasing performance and relatively thrifty usage to achieve it, thanks to the 48-volt hybrid electric system.

Steer clear of the rough roads, and you’ll have no trouble feeling like you’re getting your money’s worth from the GLE 450 – and especially its interior.

With a knockout cabin, killer interfaces and graphics, and a feel of quality and density throughout, the GLE feels like a high-end piece of hardware in almost every way. From that basis, a plethora of features and gadgets and clever touches are sure to wow drivers for years to come.

While not cheap, my tester was an $81,000 luxury crossover – $83,495 with freight and fees – that punches above its weight in many of the right places. Those who want to enjoy the latest and greatest from a soothingly modern cabin can consider the GLE 450 a priority test drive. 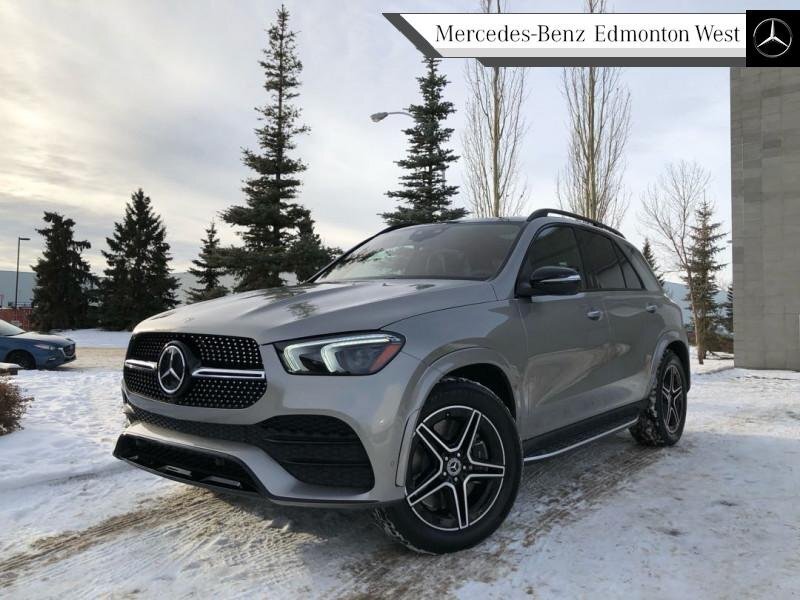 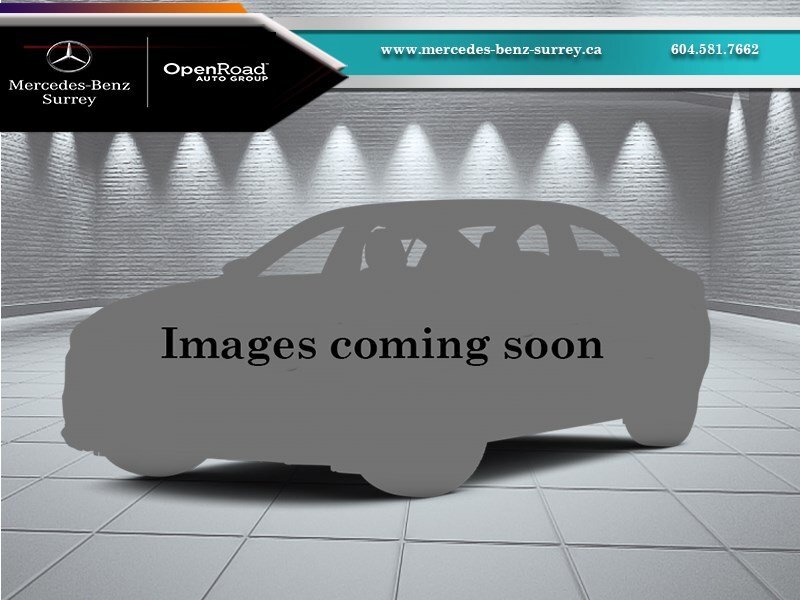