Now in its seventh generation, Volkswagen’s perennially popular Jetta is a well-engineered, practical, and thoroughly sensible compact sedan with a surprisingly generous amount of interior and trunk space. The sporty-minded Jetta GLI, which returned in 2019 after a short absence, retains all the practical aspects of its tamer Jetta siblings but does away with the strictly sensible, replacing it with a healthy dose of performance, handling chops and luxury.

In its base form the Jetta is a nicely proportioned car with a handsome, if somewhat conservative, overall look. The GLI doesn’t change this too much, preferring to telegraph its performance potential with a whisper rather than a shout. It does get bigger wheels than the standard Jetta (18-inch rather than 16- or 17-inch), a red-striped honeycomb grille, a subtle rear lip spoiler, plus unique front bumper, rear bumper, and sides skirts

For an extra $750 over the regular GLI, the 35th Anniversary Edition adds an extra splash of visual flair courtesy of 18-inch black alloy wheels trimmed with red rings (replacing the standard bright-finished 18-inch alloys) and a blacked-out roof, rear spoiler, and mirrors (instead of body-coloured). Identifying the car as a 35th Anniversary model are unique fender badges, door sills, seat flags, and front floor mats.

The Jetta GLI’s 2.0L turbocharged engine is lifted straight out of the GTI hatchback. It pumps out 228 hp and 258 lb-ft of torque, delivered to the front wheels through either a six-speed manual transmission or a DSG seven-speed dual-clutch automated gearbox. As Volkswagen trumpets, this makes it “the most powerful Jetta GLI ever.” By comparison, the sixth-generation model made 210 hp and 207 lb-ft of torque. Weight is up a little in the new car (from 1,417 kg to 1,459 kg), but it’s still appreciably quicker than its predecessor, making the 0–100 km/h sprint in 6.3 seconds compared to the previous generation’s 6.8 seconds.

In real-world conditions the GLI’s powertrain has a bit of a “Dr. Jekyll and Mr. Hyde” nature. Driven casually it’s quite docile, and passengers could be forgiven for thinking you’d purchased a sensible, fuel-miserly sedan. Wind the revs high to get the turbo spooled up, however, and the GLI transforms into a grin-inducing beast that rockets you around to a growly synthesized soundtrack while slurping back considerable quantities of premium fuel (the GLI will run on regular fuel, but with reduced performance).

The caveat is that there’s a big gulf between the two modes, so it’s easy to get caught flat-footed if you’re in too high a gear (which the DSG transmission invariably is if you leave it in Drive, being as it’s programmed to shift early for best fuel economy). I tended to leave the DSG transmission in Sport mode as that livens up the performance considerably (though at the cost of somewhat scandalous fuel economy), and there are paddle shifters for when you want to assume full control.

When equipped with the DSG gearbox the Jetta GLI is officially rated at 9.3 / 7.2 / 8.4 L/100 km, city / highway / combined; but you’ll have to constantly resist the charms of the turbocharger to achieve numbers anything like this. By exercising careful attention and self-control I did manage to match the 9.3 L/100km city rating on one 18 km round trip, but for the most part I averaged about 11.5 L/100 km around town. An engine auto-stop/start feature helps conserve fuel at traffic lights, but I found it a little intrusive at times. On the highway the GLI settles down and delivers as promised, and I managed slightly better than the rated 7.2 L/100 km on my highway run, clocking in at about 6.9 L/100 km.

Thanks to its independent multi-link rear suspension and Dynamic Chassis Control (DCC) system, the GLI does an excellent job of combining crisp handling with a comfortable (and adjustable) ride. With the suspension in Sport mode the GLI has sharp reflexes, with quick turn-in and plenty of grip. The car’s cornering attitude is flat and confidence-inspiring, and the torque-vectoring VAQ (Vorderachsquersperre) electronically controlled limited-slip differential (a new feature for the 2019 GLI) does an excellent job of taming understeer. The GLI’s big four-wheel disc brakes are sourced from the Golf R, and while I never gave them any sort of real workout they were certainly plenty powerful in everyday driving, pulling the GLI down from speed with authority and ease.

The interior of the Jetta GLI has a no-nonsense style that should age quite well, and it’s certainly a thoroughly pleasant place to spend time. The seats, in typical Volkswagen tradition, are firm rather than cushy, with excellent leg and back support to maintain comfort on long drives.

A solid structure earns the Jetta GLI a five-star rating from the NHSTA and good marks across the board in IIHS crash tests, while an optional $995 Driver Assistance Package helps keep you from getting into trouble in the first place. It bundles a lane-keeping assist system, adaptive cruise control, and front collision avoidance assist with autonomous emergency braking.

With a 399 L trunk, plenty of rear legroom and 60/40-split folding rear seats, the Jetta GLI is about as practical as you could want in a sedan. Indeed, my only complaints were the lack of tie-downs in the big trunk (things tend to slide around back there) and the rather intrusive hockey-stick-style trunk hinges (watch where you pack the eggs when grocery shopping).

Considering the amount of technology hiding aboard the Jetta GLI, it’s remarkably easy to drive thanks to simple, well thought-out ergonomics. I like the driver-oriented cockpit, and there are simple buttons and dials for basic functions like the climate control, as well as buttons to easily access the primary infotainment functions. The infotainment menus are reasonably intuitive, so while the system packs in a lot of features and cockpit configuration options, the tech-savvy will have no problem with it.

In the compact sport sedan segment, the Jetta GLI is priced a bit higher than the its primary competitors including the Honda Civic Si (starting at $30,290), Subaru WRX (starting at $29,995) and Hyundai Elantra Sport (starting at $25,549), but it also makes more power than either the Honda or the Hyundai, and it comes standard with leather seating, unlike the base WRX (the WRX does have all-wheel drive, however). When you add up its performance and creature comfort credentials, it’s a solid value for the money.

For those with big budgets there are still plenty of sport sedans to choose from at the upper end of the marketplace, but for those of normal means it seems there are fewer options each year. The Jetta GLI is one of the few mainstream sport sedans still standing, and if you appreciate a car that blends performance, practicality, and a pleasing amount of luxury it’s a must-see contender. 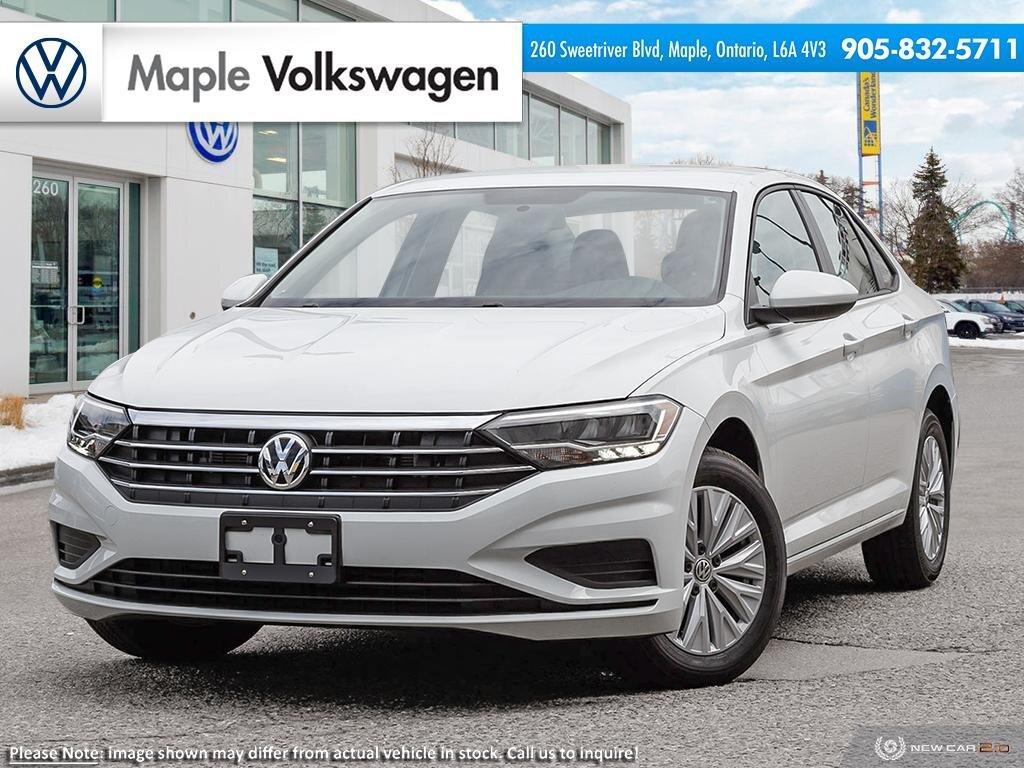