Toyota’s 4Runner has been around in its current form for 10 years now, yet its popularity shows no sign of waning, with sales continuing to increase year after year. There are a couple of good reasons for this: First, when it comes to serious off-road SUVs, there are fewer and fewer choices. Second, and more to the point, the 4Runner remains a well-balanced SUV that blends go-anywhere capability with everyday practicality. The TRD Pro is the most adventure-ready 4Runner – although its extra height and lack of third-row seats impact that practicality.

The fifth-generation 4Runner has a bit of a Tonka-toy look to it, and the TRD Pro’s increased ride height, unique grille, aggressive hood scoop, prominent roof rack, and Voodoo Blue paint only serve to accentuate this effect. (The TRD Pro is also available in white or black.) Overall, the boxy style has an honesty to it that suits the 4Runner’s intended purpose, and my tester drew compliments from truck-lovers wherever I went.

The interior aesthetic is mission-focussed if, perhaps, a little dated and plasticky. Durable and easy-to-clean materials, including synthetic seating surfaces and door uppers, are found throughout. There’s a big console bin, various smaller cubbies, and chunky control knobs. The TRD Pro spices things up with upgraded gauges, red stitching, and TRD logos on the headrests.

The 2019 4Runner’s powertrain emphasizes rugged reliability, with a 4.0L V6 making 270 hp and 278 lb-ft of torque and five-speed automatic transmission that are unchanged since the fifth-generation’s introduction a decade ago. It accelerates with good authority (0–100 km/h in just under eight seconds) and has plenty of low-end grunt for off-road duties and towing (capacity is rated at 5,000 lb).

Where the regular 4Runner gets an electronically controlled transfer case (shifted using a rotary dial), the TRD Pro has a simpler and more robust manually-shifted part-time four-wheel drive transfer case, with Toyota’s Automatic Disconnecting Differential (ADD) to reduce front drivetrain drag in two-wheel drive mode (so you never need to get out in the mud to lock or unlock the front hubs).

The TRD Pro also adds a front skid plate, locking rear differential, and a crawl control system that allows no-pedal driving at selectable speeds. Also onboard is Toyota’s terrain select system, which uses electronic wizardry – and the application of individual brakes – to ensure power gets to the wheels optimally for the terrain you’re tackling (it’ll allow some wheel spin in sand, but not in rock mode, for example).

Off-road, the TRD Pro’s Bilstein shocks and TRD springs provide plenty of compliance and articulation to absorb bumps while ensuring the wheels maintain maximum contact with the ground. The unique 17-inch alloy wheels and big 31.5-inch Nitto Terra Grappler all-terrain tires offer plenty of grip on loose surfaces and the ability to roll over big obstacles with little fuss. Ground clearance is 243 mm (9.6 inches), and the approach/departure angles are 33 and 26 degrees respectively, although you’ll want to be careful not to bang up the plastic bumper covers.

On pavement, you pay the price for the TRD Pro’s extra ride height and chunky tires, with vague steering feel and mushy handling. That said, the beefed-up off-road suspension provides a surprisingly cushy ride and swallows up the worst city potholes and frost heaves with unflappable aplomb.

Essential creature comforts are taken care of in the TRD Pro, with air conditioning, heated seats, power windows, power locks, back-up camera, tilt/telescope steering, auto-dimming mirror, power sunroof and such. But a decade is a long time in the infotainment world, and the 2019 4Runner is certainly showing its age here. The 2020 4Runner is getting upgrades, including a bigger eight-inch touchscreen with Android Auto and Apple CarPlay connectivity, as well as dual-zone automatic climate control

If those features are high on your list, you may want to wait for the 2020 model and spend the extra money – the base price is set to rise about $1,965, and the TRD Pro an additional $3,575, and also includes a new 15-speaker JBL audio system.

The 4Runner TRD Pro’s tall stance and good overall crash-test ratings mean it fares well as far as passive safety goes, but the 2019 4Runner lacks in terms of active safety measures, having none of Toyota’s usual Safety Sense collision avoidance technologies (lane-departure alert, pedestrian detection, pre-collision system and the like). This will be changing for the 2020 model year, so as with the infotainment features, you may want to wait a bit and spend the extra money if these safety technologies are important to you.

The 4Runner’s boxy shape gives it tremendous interior volume, making it a practical hauler both for adventure travel and family purposes. The rear seats fold flat quickly and easily, and I had no problem at all sliding a big desk in the back for delivery to my daughter across town.

But the TRD Pro’s tall stance and big roof rack give it an overall height of some 2,020 mm (79.5 inches), which makes it a bit of a hassle for city drivers because it won’t fit in most parkades. This created a problem when I met my son at Vancouver International Airport because the only short-term parking there is in a parkade, so instead of greeting him in the terminal I had to wait offsite until he texted me for pickup.

The TRD Pro package also deletes the third-row seating, so if you need to carry extra passengers on occasion, a different trim level may work better for you.

In everyday use, the 4Runner TRD Pro is an easy-going workhorse. The high ride height means getting in and out is a bit of a step, but once aboard, all controls fall easily to hand and everything works as expected. Off-roading takes a little bit of study beforehand to understand all its terrain modes, crawl options, and the like; and the transfer case selection lever requires a firm hand, but for a vehicle this capable it’s about as user-friendly as possible.

There’s no lack of space aboard the 4Runner TRD Pro, with all seats offering plenty of head- and legroom, and the front seats offering good support. Wind and road noise are well controlled for such a rugged truck, and the off-road suspension means that even the worst road imperfections don’t intrude into the cabin at all.

Nobody purchases a serious off-road vehicle with an eye on fuel economy, so it’s hard to complain too much about the 4Runner’s undeniably thirsty consumption. Its official ratings are 14.3 L/100 km city, 11.9 highway, and 13.2 combined, a touch worse than the Jeep Wrangler Unlimited (12.9/10.2/11.7 L/100 km). In mixed real-world driving, I used nearly 16 L/100 km, and that’s mostly on pavement and in rear-wheel drive.

Priced at $56,580 (not including destination fees), the 4Runner TRD Pro falls neatly in between Jeep’s capable-but-utilitarian Jeep Wrangler Unlimited Rubicon ($49,995 before discounts) and the rather more upmarket Land Rover Discovery ($66,400), making its most direct competitor the Jeep Grand Cherokee Trailhawk ($58,695 before discounts). An ace up the Toyota’s sleeve is its tremendous resale value, giving it good long-run value, although this is also true of its slightly less burly 4Runner TRD Off Road stablemate ($48,540).

In a world awash with watered-down crossovers, Toyota’s 4Runner remains one of the few real trail-ready, body-on-frame 4x4s on the market. The TRD Pro package ups the ante with all the must-have bits most off-road aficionados would want to add anyway, giving the truck a bold, eye-catching look. At nearly $60,000 it’s not an inexpensive proposition – and not really a vehicle most owners would want to scratch up on the trails – but it represents solid value and can take pretty much whatever is thrown at it. 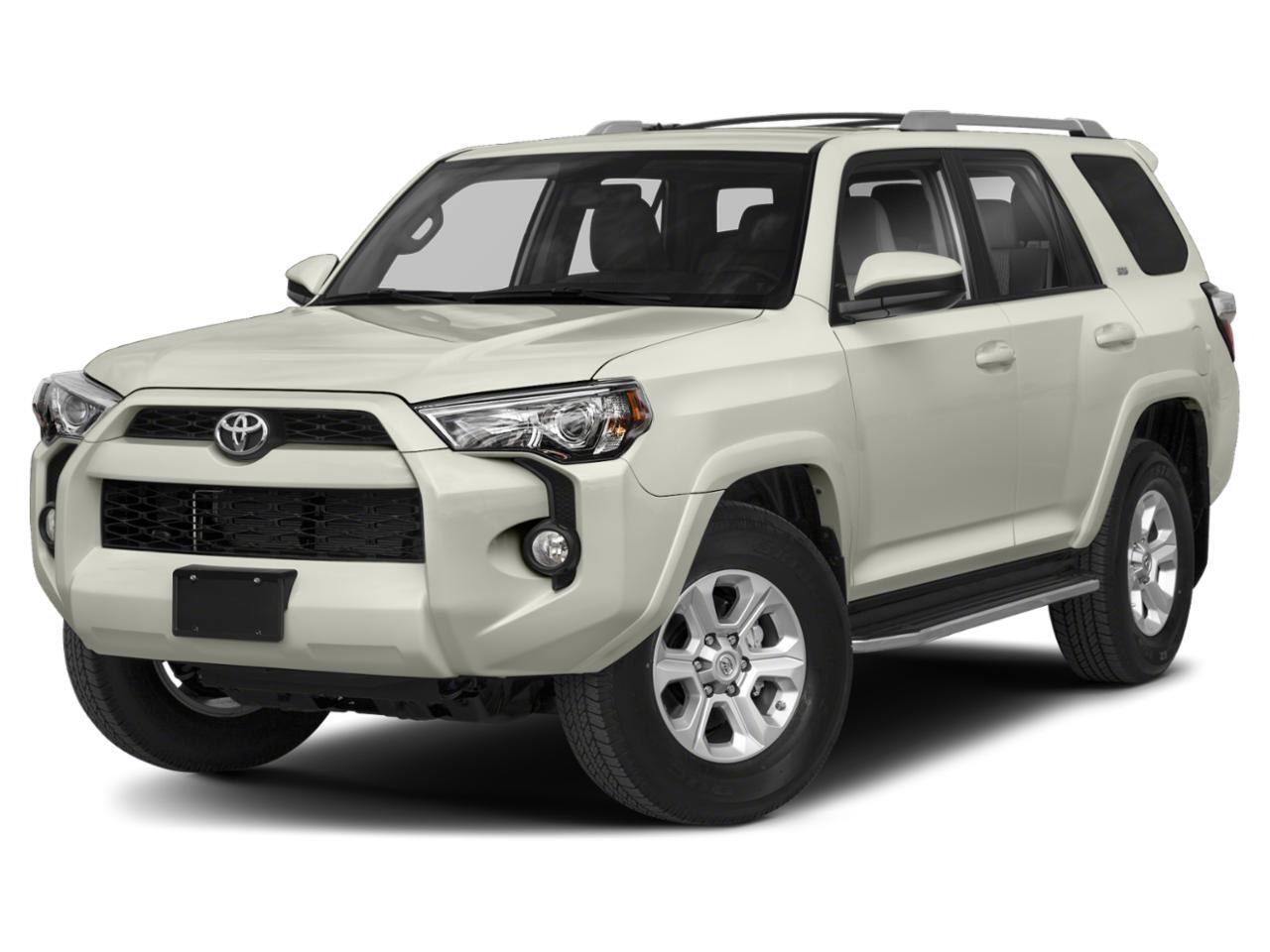 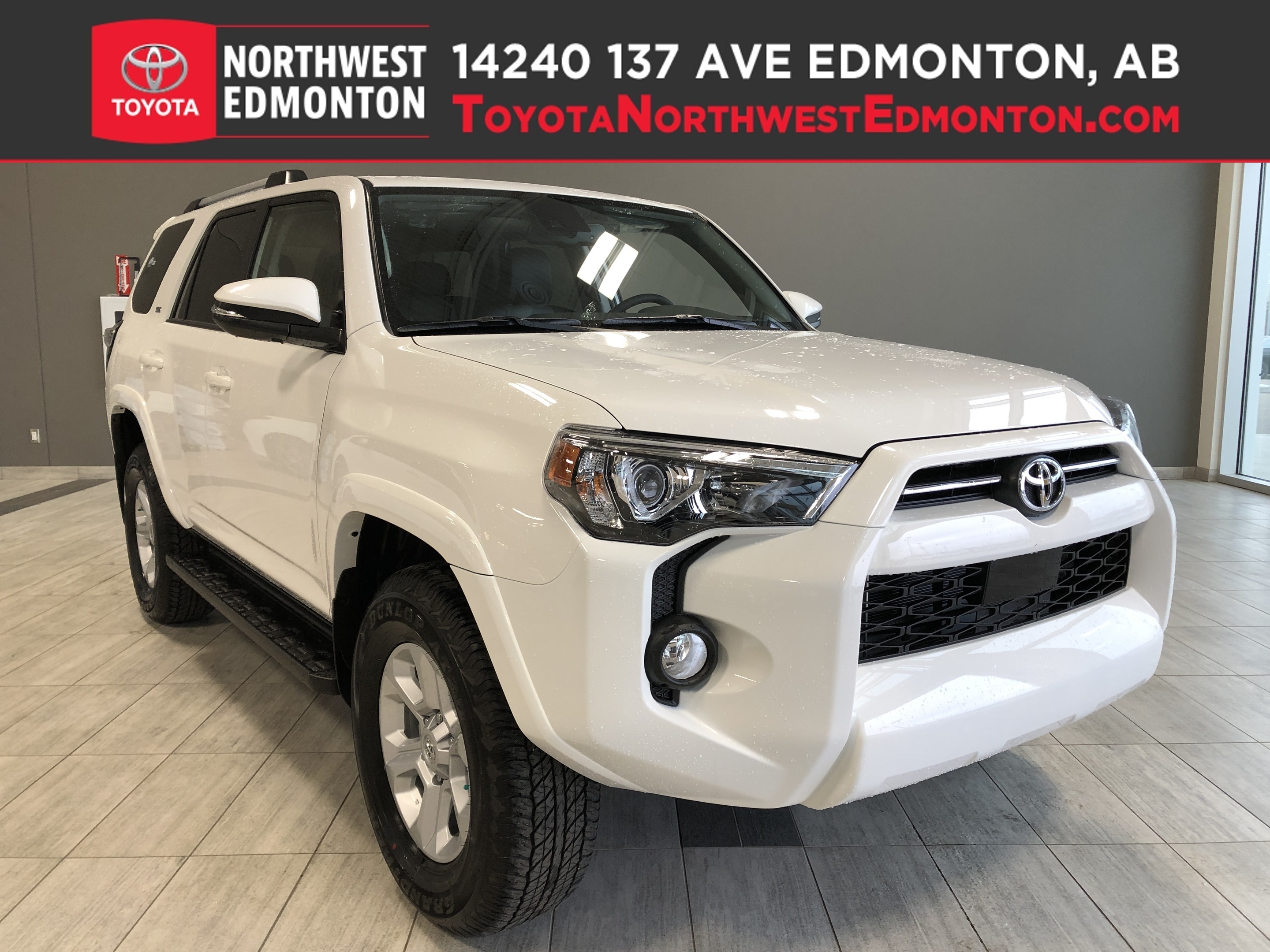