You’ve got to hand it to Honda for sticking with the Ridgeline. If you pay any mind to the online armchair experts, you’d think the Ridgeline was the proverbial weakling getting sand kicked in its grille by all the other mid-size truck bullies.

That’s nonsense, though, and the 2019 Honda Ridgeline possesses nearly everything a great truck requires while also providing the benefits of a comfortable ride and easy handling to boot.

Despite an abundance of pick-ups cruising around as little more than some sort of macho fashion statement, trucks were at one time meant for working. The Ridgeline’s payload of 674 kg (694 kg in other trims), is wholly competitive. Its box length and width are within a reasonable amount of other mid-sizers with 5.5 ft boxes, although the Ridgeline’s box depth is lacking.

The cargo area does offer an AC power outlet, tie-down cleats in each of the four corners, and a plastic finish that looks like it should hold up to the rigors of use.

The Ridgeline is rated to tow 2,267 kg (5,000 lb), which puts it at a disadvantage to some of the other trucks in its class, but it’s still ample for most recreational uses like hauling a pair of personal watercrafts or a race car.

Plus, the Ridgeline has a cool ace up its sleeve: An extra cargo hold beneath the box floor that’s waterproofed with gaskets and has a drain plug, and holds up to an extra 107 L worth of stuff.

Inside the Ridgeline there are plenty of clever cubby holes and bins to contain more things, and the rear seat and their support posts all fold up and out of the way, leaving an enormous in-cabin space too.

Honda’s venerable 3.5L V6 provides 280 horsepower, putting it mid-pack in the segment. Its 262 lb-ft of torque helps with the Ridgeline’s hauling duties too, even if it’s just hauling kids around town.

Pulling away from a standstill, the Ridgeline doesn’t have the kick that the torquier Ford Ranger or GM trucks do, but once under way, there’s ample passing power. The six-speed automatic transmission is a few cogs short of the competitors, but it provides smooth, swift gear changes.

We didn’t have occasion to haul any heavy loads or trailers during our test week, but the Ridgeline was nevertheless put to work moving bikes and other bulky items, and even when loaded up inside and out, it never felt burdened at all.

Most of the criticism tossed on the Ridgeline is due to its unibody construction, unlike the body-on-frame dinosaurs of all the other trucks in its class or larger. In fairness, having those heavy-duty chassis is what enables the other trucks to achieve higher tow ratings. The Honda, however, handles and rides much better than the competitor trucks because of its more car-like format.

Around town, in particular, the Ridgeline drives really well, being easy to navigate through traffic and parking in tight urban spots. Plus, while the other trucks bounce around, especially without a load in the box, the Ridgeline is no worse than most crossover SUVs that much of the population is used to driving these days anyway.

Unibody construction tends to be lighter than body-on-frame, too, and while that’s true here, the others are making good use of lightweight materials, meaning the benefit isn’t as much as one might expect. Nevertheless, it does help the Ridgeline achieve decent efficiency by pick-up truck standards.

The government rates the Ridgeline at an average combined consumption rate of 11.3 L/100 km, but even with a mix of snarled Toronto traffic, driving around town, and hauling junk around, we still managed to beat that figure quite easily.

The trend these days seems to be for manufacturers to make their trucks ever bigger, and styled after desert pre-runner rigs. With ample suspension travel, meaty off-road tires and decals boasting just how fierce a rig it can be when the pavement ends, the Honda does appear a bit tame, even in this Black Edition.

Of course, you can’t have it both ways, and lifted suspensions and knobby tires make for worse handling and more noise, so those who appreciate the Ridgeline’s on-road manners will probably be accepting of the Ridgeline’s styling.

The Black Edition is the top-of-the-line trim in the Ridgeline line-up. Essentially, it’s a Touring trim with an appearance package, but it’s also very well equipped for a pick-up. Just as you’d find on a high-end SUV, the Ridgeline comes with three-zone climate control, a sunroof and adaptive cruise control, among the many features Honda offers up.

There’s also a rear sliding window and even a sound system built into the truck’s box to facilitate great tailgate parties.

The HondaLink infotainment system is being consistently updated and modified throughout the Honda lineup, and in other models, it’s become a very good, user-friendly system. The Ridgeline’s is still a generation old, however, so it’s lacking the volume knob of the newer designs, which we were reminded is a still a huge nuisance. Beyond that, the system works well, with Apple CarPlay and Android Auto seamlessly integrated.

The rest of the controls and switchgear are top quality and easy to operate, and the gauges provide clear information at a glance.

Trucks can be hit-or-miss in terms of comfort, with some being quite utilitarian and others being surprisingly luxurious. The Ridgeline Black Edition definitely leans toward the luxe side of the spectrum, with perforated leather seats offering both heat and ventilation functions, and providing good support. What’s more, as with Honda’s SUVs, there are also swing-down armrests that are especially appreciated on long highway trips.

The rear seats offer greater comfort than some of the competitors’ trucks too, with a 60/40 split and a fold-down armrest with cupholders. There are lots of USB and power plug points throughout the cabin too.

The car-like construction of the Ridgeline helps it in its safety mission, too, with handling that can assist in collision avoidance in the first place. Beyond that, there’s an extensive suite of active safety features like auto high-beam control, forward collision mitigation, trailer stability assist, lane-keeping assist, and blind spot monitoring with rear cross-traffic alert, too.

At $50,000, the Ridgeline Black Edition is far from a cheap truck, being priced on top of other impressive models like the Toyota Tacoma TRD Pro and Jeep Gladiator Overland, or high-end trims of the GM twins. Still, in terms of comfort and luxury inside, there’s not a mid-size truck that can match the Ridgeline. For a buyer who values that refinement over machismo, off-road prowess, and hauling capability, the Honda represents a decent value. A Ridgeline EX-L or Touring trim offer even better value.

Honda raised a lot of eyebrows when the first-generation Ridgeline was introduced years ago, but they’ve stuck with it – unibody construction and all – for this second generation. Ridgeline owners love their trucks for what they are: Well-built, versatile, practical and comfortable little rigs. And if more truck buyers were honest with themselves, many would see that the Ridgeline is all the truck they really need. 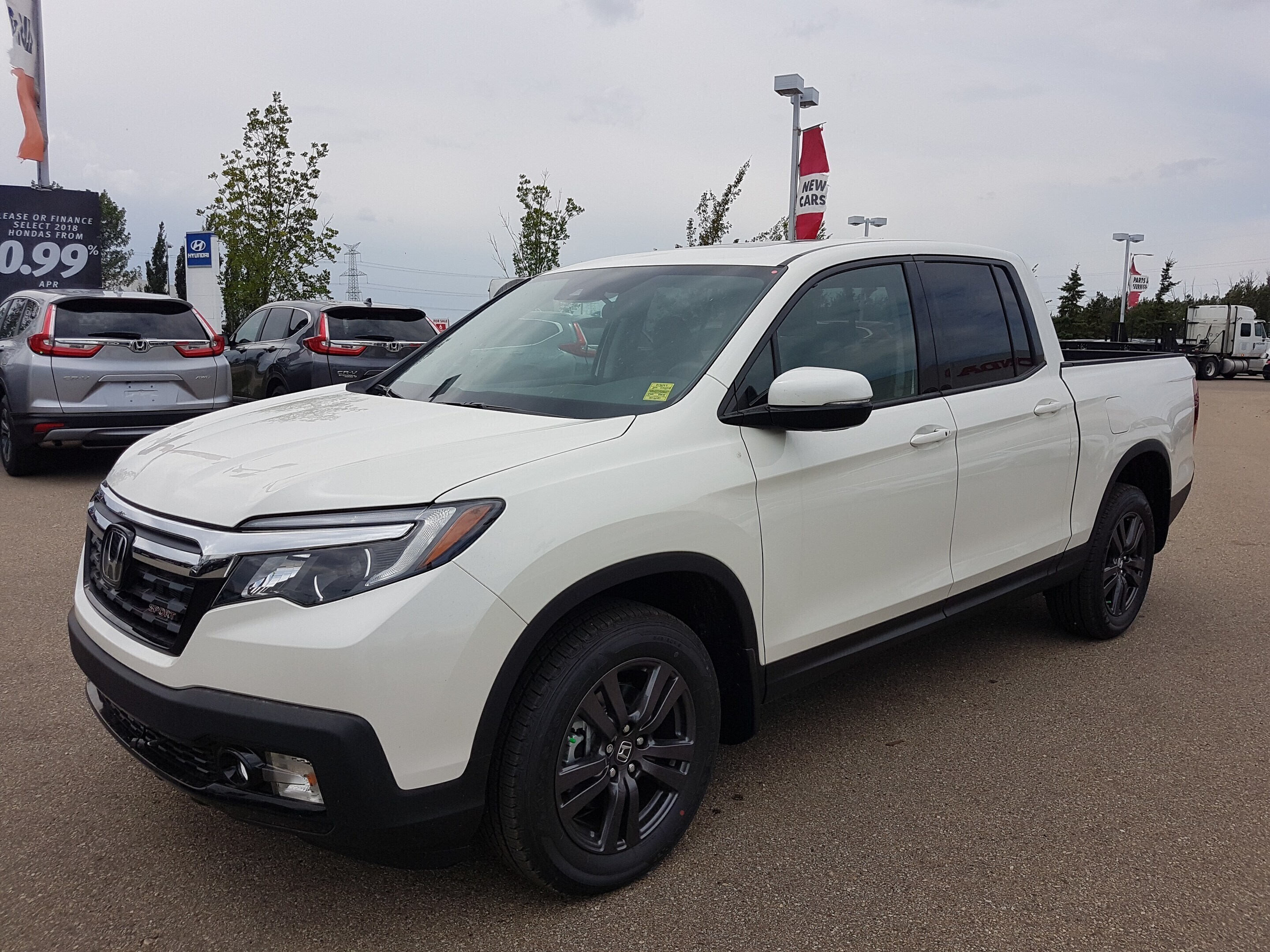