At first blush, it might seem odd to compare a hardtop Toyota sports coupe to a BMW roadster, especially when looking at the $20,150 as-tested gap that separates the two. However, if you don X-ray glasses, you will see remarkable similarities between the 2020 Toyota GR Supra and BMW Z4. In fact, beneath their very divergent metallic skins lie all but identical greasy bits – and they are all from BMW.

As might be expected, Supra fanatics have their fireproof knickers in knots over this. Why would Toyota, one of the largest car companies in the world, look to another manufacturer to bring back one of its very own high-performance iconic sports cars? Cost, convenience, and time, that’s why. Developing an all-new rear-drive, front-engine turbo straight-six sports car would have cost countless millions and taken forever. BMW has mastery over this, so why not go along for the ride as the Swabians develop the newest Z4?

And it’s not like Toyota hasn’t done this before. The Toyota 86 two-door sports coupe (née Scion FR-S) is essentially a Subaru BRZ with different badging. When it comes to sports cars, Toyota is not above a bit of promiscuity – and it knows how to pick partners.

So here’s the burning question: Is the 2020 Toyota Supra just a BMW Z4 in drag, or is this swoopy coupe an entity unto itself that’s worthy of its legendary nameplate?

There’s been a lot of noise about the new Supra being ugly, but in the flesh it’s an absolute knockout in its Nitro Yellow hue. Nothing I’ve driven this side of a Lamborghini or McLaren has garnered such attention. It’s squat and sinfully curvaceous, and those rear haunches are to die for. Yeah, there might be too many phony vents and scoops, but the twin bubble roof is super cool and functional if you need to wear a helmet, and I’ve never before been excited by reverse lights until I saw this F1-inspired cluster.

The BMW is a very handsome rig: rakish, elegant and, with the M40i’s high-gloss black trim, rockin’ quite a bit of sport. But against the yellow Supra, it went all but unnoticed.

Getting into a low-slung sports car is no picnic, but having the ability to fold the top away eliminates any worry about bashing your noggin. With the Z4, dropping the top doesn’t get much easier – it’s up or down with the touch of a button is a scant 10 seconds, and will operate at speeds up to 50 km/h.

Once behind the wheel of the Z4, one is presented with all the familiar BMW switchgear and iDrive interface – still with rotary controller – that, in our books, continues to be an ergonomic triumph of intuitive tactility over the industry’s recent obsession with turning a car’s interior into a glorified iPhone. BMW is not afraid of well-marked buttons.

Get into the Toyota Supra and, hey, it’s the same. Bravo. No, the Supra doesn’t get BMW’s newest iDrive system with the bigger screen that goes along with it, but the functionality is the same. The window switches, HVAC controls, and preset buttons are all BMW, as is the electronic shift wand. Do I hear some whining from the Supra-isti? Be thankful. This is high-quality stuff that imbues the Toyota’s cabin with a premium feel and instinctive operation.

And you won’t be overwhelmed with option anxiety in the Supra when it comes to dynamic choices. There’s only Normal and Sport, the latter customizable to your preferences.

We weren’t thrilled with the Z4’s centre console cupholder situation. They live under the padded armrest, which means the passenger’s half has to flip up to access them. It’s fussy and awkward, while the Supra’s cupholders are in the same position minus the cover.

Rear three-quarter visibility in the Supra is what you’d expect from a low-roofed, thick-pillared coupe. The Z4’s is equally compromised with the roof up, but with the lid stowed we got a full view of all the motorists zooming up – to gawk at the Supra.

The more highly optioned BMW feels like a luxury car the minute you slide behind the wheel. The supple leather seats are softer and more luxuriant than the faux-leather chairs in the Supra. With five drive modes to choose from – Eco, Comfort, Sport, Sport plus, and the customizable Individual – the Z4 has a wider dynamic bandwidth than the Supra, meaning one can call up a pretty cushy ride and relaxed powertrain when desired. Additionally, the BMW has more sound insulation than the edgy Toyota, so cruising with the roof up is notably quieter.

Not to say the Supra can’t pull off a credible GT impersonation. Yes, there’s a bit more road, exhaust, and tire noise in the Supra, but this is no real slight, as it seems in keeping with this sport coupe’s mission. It’s far from overwhelming, just a bit more present.

Both cars have adaptive damping, but the BMW manages to deliver a more compliant experience than the Toyota under most circumstances. The Z4 filters out the smaller road details nicely, and on the highway it wafts with the best of them. However, there is one caveat: While initial impacts in the BMW may be less intrusive, there can be some pitching and jouncing after the fact that takes away from the roadster’s poise. Conversely, the Supra’s body control is nothing short of stellar. Yes, the ride is firmer, but it’s far from crude or crashy, and it feels buttoned-down at all times. Nothing is upsetting this coupe’s laser-like focus on the pursuit of dynamic excellence. Yet with all this, there’s surprisingly little sacrifice to comfort.

The Supra does, however, suffer from wicked buffeting when driving with the windows down above 70 km/h. So the ritzy – and ultimately more coddling – BMW takes this one.

There’s nothing particularly practical about two-seat roadsters or coupes, but these two actually fare pretty well. Now that the Z4 has a folding fabric roof as opposed to the previous metal lid, there’s a decent amount of trunk space. However, the Supra wins this thanks to its useful cargo space under that hatch with a passthrough to the passenger compartment. I could fit a bass guitar and small amplifier inside – nice.

Under the skin, these two are remarkably similar. They sport the same chassis and suspension, same fabulous BMW twin-scroll turbocharged straight-six engine, and equally fabulous ZF-sourced eight-speed that thinks it’s a twin-clutch transmission. A manual transmission is not on the menu for either car.

BMW, which obviously held the reins on this project, gives its own car more juice. The Z4 kicks out 382 horsepower and 369 lb-ft, while the Supra runs 335 horses and 365 lb-ft. Does the Z4 feel any faster? You’d be hard-pressed to tell.

This is a spectacular engine and, according to Toyota insiders, it was the entire motivation for the project. It’s silky smooth, makes fantastic noises, and delivers bountiful low- and mid-range torque along with a ferocious charge to redline. It pairs beautifully with the transmission that can slur gears in full auto or respond instantly to paddle shift inputs.

Stomp on the throttle when exiting a corner in either car and the back-end squirms as tires scramble for grip. The 100 km/h mark arrives in the low four seconds, and both cars woof, bark, and spit in Sport mode. However, the Toyota lads have engineered more aural fireworks into the Supra, as it will send forth a volley of extremely antisocial backfires when coming off the throttle from high revs in second or third gear. We couldn’t get the slightly more demure BMW to do that.

Here’s where these two take markedly divergent paths. In a nutshell, the Z4 leans towards the GT side of the equation, whereas the Supra is all sports car, all the time. Even in Normal mode, the Supra’s gearbox runs a pretty aggressive map, snapping off upshifts and downshifting with alacrity. Press the Sport button and things get racier as the suspension firms up, throttle and steering responses quicken, stability control slackens, the rear differential wakes up, and the exhaust gets nasty.

The Supra has better steering than the Z4, delivering more feedback and tighter on-centre feel. And damn if this coupe isn’t one of the best sports cars on the market. Balanced, pointy, poised, grippy, and fast. It possesses a dynamic harmony that few cars can brag. It’s intuitive and ultimately communicative. Nothing twitchy, mysterious, or scary here, just joyous fun. It’s no secret Toyota benchmarked the Porsche 718 Cayenne S when developing this new Supra.

Not to say the BMW is a wallflower. It handles beautifully too, although with less of the sports-car focus of the Supra, and the Z4’s on-centre steering feel is a bit woolly when compared with the sharper Toyota. The Z4 doesn’t feel as light on its feet – not a bad thing, as that translates to a more substantial, luxury-oriented disposition.

As the Z4 and Supra share a platform, airbag count is the same, and these two testers have pretty much identical BMW safety systems: head-up display, blind spot detection, lane-keep assist, front collision mitigation with pedestrian protection, rear cross-traffic alert, park assistant, and adaptive cruise control with stop-and-go. Arguments could be made for the added security of the Toyota’s hard-top, but conversely, the BMW offers much better visibility with its top retracted. We’ll call it a draw.

The 2020 Toyota GR Supra’s fuel consumption rating, according to Natural Resources Canada, is 9.9 L/100 km city, 7.7 highway and 8.9 combined. At the time of writing, fuel consumption for the 2020 BMW Z4 M40i is not available. At the conclusion of our test, the Supra posted 12.1 L/100 km versus the 13.2 for the Z4. However, the Supra logged a few more highway kilometres, so suffice to say they are very similar.

With an as-tested price difference of $20,150, it’s pretty safe to conclude the Toyota wins this round. Yet there are a few factors that level the playing field somewhat. Convertible versions of existing coupes usually command a premium of several thousand dollars, and the BMW here was sporting more packages and standalone options that swelled its bottom line.

But looking at the big picture of highly focussed sports coupes with this level of ability and refinement, the Supra, with a base price of $64,990, could be considered a screamin’ deal. You could easily cross-shop this with a Porsche 718 Cayman S that starts at $78,600.

In the face of the Supra’s dynamic greatness, make no mistake: The 2020 BMW Z4 M40i still delivers a rip-snorting sports car experience – it’s just not the highly focussed apex-strafer that half-brother Supra turned out to be.

Which really is the whole point of this exercise. The Z4 is a known commodity; we can expect high levels of comfort, refinement, and usability – and it delivers in spades. What we really wanted to discover is how far Toyota ran with BMW’s ball. Touchdown, I’d say. Toyota has done a masterful job with the 2020 Supra, building what is arguably the best-driving Toyota sports coupe to date. The legend continues. 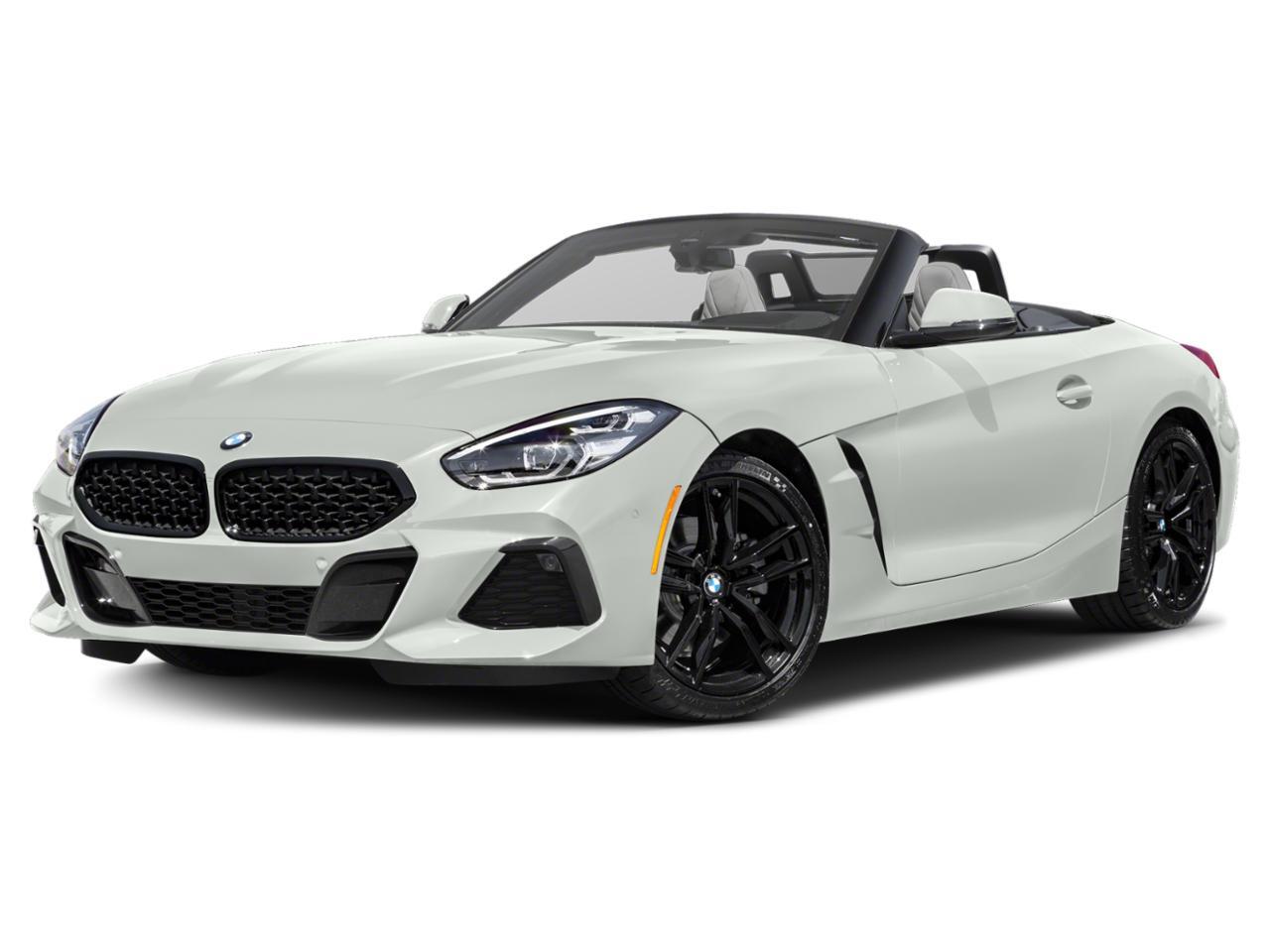