Honda launched the tenth-generation Civic in 2015, for the 2016 model year. With the first turbocharged engine available to the Civic, new safety and connectivity technology, and plenty of selection, the Canadian-built model went on to quickly become a common sight on Canadian roads.

This is the latest version of a long-time best-seller, after all. Key competitors include the Kia Forte, Hyundai Elantra, Ford Focus, Mazda3, Toyota Corolla, Dodge Dart, and others.

Totally new from the ground up, Civic shoppers got the full suite of Honda Sensing safety technologies, as well as various body styles: Coupe, Sedan, and Hatch. A new Touring trim was also available, bringing the Civic further up-market than ever before.

This generation of Civic attracted shoppers with Honda’s reputation for safety and reliability, and many owners report that good looks, a thoughtful and handy interior, and plenty of feature content for the money helped seal the deal. Headlight performance is highly rated, as is a smooth and punchy performance from the turbocharged engine.

Some owners complain of excessive tire noise and road noise on certain models, particularly with sportier wheels and tires. Others wish for more high-resolution graphics from the navigation and outward camera displays. Further, some interior plastics are, reportedly, very easy to permanently scratch and scuff.

Pro Tip: Check All the Tech

Check the electronics, interfaces, and all high-end feature content before you set off for your test drive. The Civic you’re considering likely has a generous list of advanced feature content, and you’ll want to make sure it’s all working properly before you buy. Check all steering-wheel-mounted controls twice for proper operation, and cycle through all instrument cluster display menus and screens, confirming the system responds as expected. Check all windows and locks, confirming that each can be operated from every applicable control. Try the sunroof, too.

Finally, consider connecting your smartphone to the central command system, and confirming adequate functionality (and audio quality) during phone calls, and streaming audio playback. Some owners have reported compatibility issues, likely caused by incompatible software between devices. This may require a software update of your handset, or the Civic’s central command interface.

A hard reset, or reboot, of the system may also help, according to some owners. This is achieved by holding down on the Power button of the central display, until it prompts you to confirm the reboot. Click “Yes”, allow the system to reboot, and then reassess.

Being a Honda Civic does not, on its own, make this car reliable. Forget the badge or brand, and instead focus on confirming that all service records are available, and that they prove the vehicle was consistently and continuously cared for by its past owners. Even the most well-manufactured car on the road can quickly become a lemon if it’s abused, poorly cared for, or poorly maintained.

Some owners have experienced a well-documented oil dilution issue with the 1.5-litre turbo engine used in this generation of Civic (as well as the CR-V). In simple terms, this sees liquid gasoline and gasoline vapours find their way into the engine oil supply, contaminating it and causing various problems.

Gasoline mixes with and dilutes engine oil. Diluted engine oil can result in accelerated wear to internal engine components. This dilution also raises the engine oil level, which can trip a Check Engine light (CEL) and cause other trouble.

Honda says that engine damage is unlikely – though they did extend the warranty on various engine parts.

If present, the oil dilution issue may be evidenced by the illumination of a Check Engine light and/or oil pressure warning light, rough idle, poor performance, a strong gas/oil odour within the Civic’s cabin or near the vehicle, and/or engine misfiring.

Note that this problem may be more likely in areas where extreme cold is common in the winter months, because of this engine’s reported difficulty in reaching an operating temperature required to “evaporate” gasoline vapours before they have time to contaminate the oil supply. Frequent use of the vehicle on shorter trips, perhaps 5 to 10 minutes or less, may also increase the likelihood of this issue.

Because of the oil dilution issue, shoppers set on a Civic from this generation with the 1.5-litre turbo engine are advised to buy a model familiar to their local dealer, and to determine which, if any, extended warranty coverage is available.

At the first sign of any trouble, have a service advisor document your complaints, and keep a copy of the work order for future warranty claims, if required. Note that, according to some owners, dealers offered free oil changes when oil levels read too high. This is not a fix. Do not accept a free oil change as a solution to the oil dilution problem.

Note that this issue seems to only affect the 1.5-litre engine, and not all of them. If you have concerns, opt for a model with the 2.0-litre engine instead.

For maximum peace of mind, start by checking the engine oil, as per the instructions in the owner’s manual. If the oil level reads higher than the dipstick full mark, thank the seller, and move to another unit. If the oil level checks out, have a diagnostic scan performed. If the scan reveals stored trouble codes P0300, P0302, P0303, or P0172, which are indicative of the oil dilution problem, move to another unit.

Start by checking out this discussion thread, and examining the photos within. The Civic’s air conditioner condenser is located in a vulnerable position – behind an opening in the lower edge of the bumper – and some owners say it’s easily damaged. This component looks like a radiator of sorts, and you’ll want to check it out. Some light damage from road debris is likely and shouldn’t cause concern, but signs of a heavier impact or damage (possibly from a large rock strike) can mean trouble.

Numerous owners have reported damage to this component (which is not covered by warranty), which can lead to air conditioner failure. The owner’s community pegs the replacement costs around $1,000, and many owners have pre-emptively installed screens or protective mesh in the lower bumper opening, to help protect the condenser.

Finally, be sure to activate the air conditioner and confirm that a continuous and consistent stream of cold air arrives a few seconds later. If that’s not the case, have a technician assess the system before you buy.

Some owners have reported issues, often early during ownership, with random no-start situations. In some cases, starting the engine instead results in a barrage of warning lights, or, nothing at all. In other cases, the Civic’s electronic parking brake won’t release, meaning it needs to be towed to a dealer (roadside assistance covers this, if applicable).

This problem may have multiple causes, including a weak or defective battery, or an issue with Civic’s on-board computer. In some cases, the fix involves having a technician reprogram the computer, or recalibrate one or more sensors. In the relatively unlikely event you experience problems like this, a dealer technician is the best person to handle the diagnosis and repair.

Some owners have reported a water leak into the Civic’s trunk area after a car wash, or heavy rain. Most owners have not. Test drivers should, however, be on the lookout – as water leakage into the interior of a vehicle can cause unpleasant odours, mould, rust, or even electronic system damage.

Open the trunk of the Civic on a test drive, and press your hand into all vertical fabric-covered areas, for instance, either of the side walls of the trunk area. Next, remove any items or mats from the trunk, and lift the cargo cover out of the way. Now, you should see the spare tire provisions. Look carefully around this area for signs of pooling or standing water, water staining, rust, or mould.

The problem, if detected, likely stems from a defective weld around the opening of the trunk which isn’t covered by the rubber weather seal. This defective weld may result in a (very) small hole or gap in the sheet-metal, through which water can pass.

The Civic you’re considering has one or more built-in cameras that help drivers stay up on their surroundings, when making a right-hand lane change and/or while reversing. Activate all available camera feeds (by engaging reverse, or signalling to the right, if the car is equipped with the LaneWatch camera), and assess the results.

Instantly, the on-screen image feed should appear. The screen should automatically return to the previous display a moment after you disengage the signal or reverse gear.

If that’s not the case, try a hard-reset or reboot of the central command system (holding the infotainment power button until you’re prompted to reboot). Reassess. If the problem remains, have a dealer technician investigate further.

Various causes are possible – including faulty software, the need for a system reboot, or total replacement of the head-unit. The later is a pricey repair if required out of warranty, so knowing about this potential issue before you buy could be a money-saver.

In extreme cold, some owners have reported insufficient heat available from the climate control system in this generation of Civic, as well as other recent Honda models. You’ll have to wait until a cold winter day to see if the Civic you’re considering is able to heat its cabin in quick order. If that’s not the case, you’ll want to have a dealership investigate, pronto. Call for an appointment, and be sure the service advisor documents your complaint. Keep a copy of the work order, which may help speed warranty-related repairs, if needed.

A weak or no-heat situation may have numerous causes – including cooling system problems or a faulty thermostat. A software update to the climate control system may also be applied.

Some owners have installed cardboard in front of the radiator, to help speed the heating of the cabin on colder days. Others choose to use Sport mode and drive with a heavier foot, which helps heat the engine faster, at the expense of fuel economy.

Here’s a list of recalls. You can look up the VIN of the vehicle you’re considering on the Honda website to see if any recall work is outstanding.

So far, this generation Civic has accumulated enough well-documented problems within the owner’s community to warrant some caution when buying a second-hand unit.

The number of reported problems are relatively minor against total sales volume – though shoppers after minimized long-term headaches are advised to skip a model with the 1.5-litre engine, and to buy an in-warranty Civic wherever possible. Extended warranty coverage is also advised, if available.

Though most of Civic’s problems are electronics-related in nature (and relatively easy to address), reports of oil dilution and insufficient heater performance dull the appeal of a car that’s enjoyed a long-held reputation as one of the market’s most reliable. 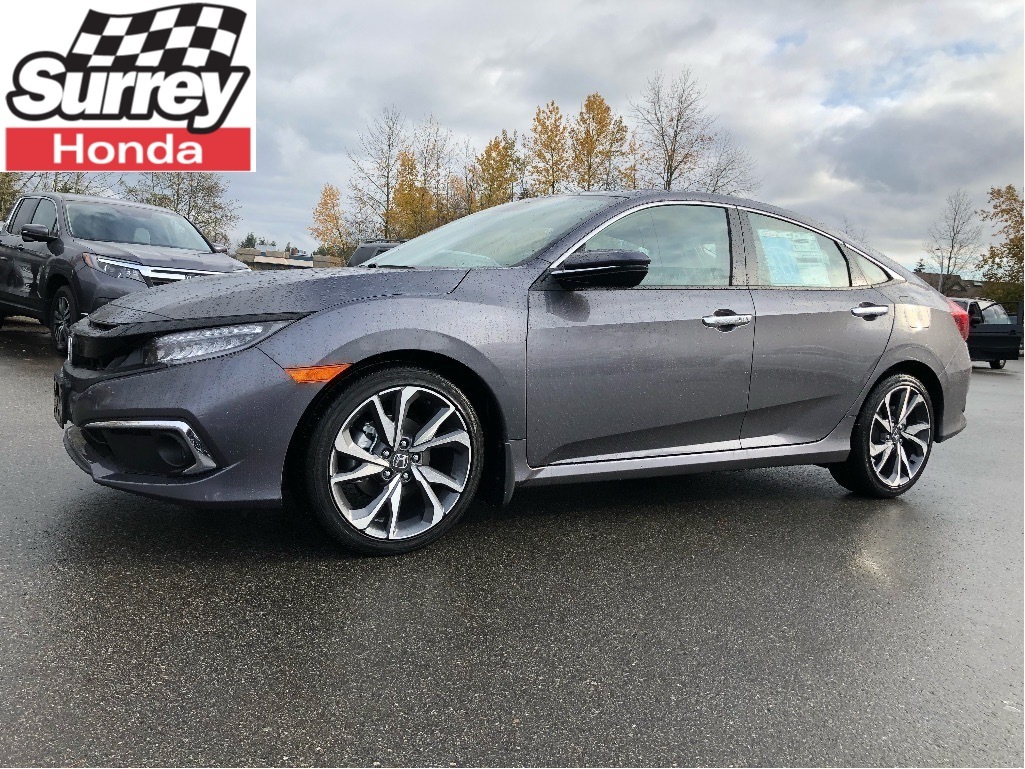 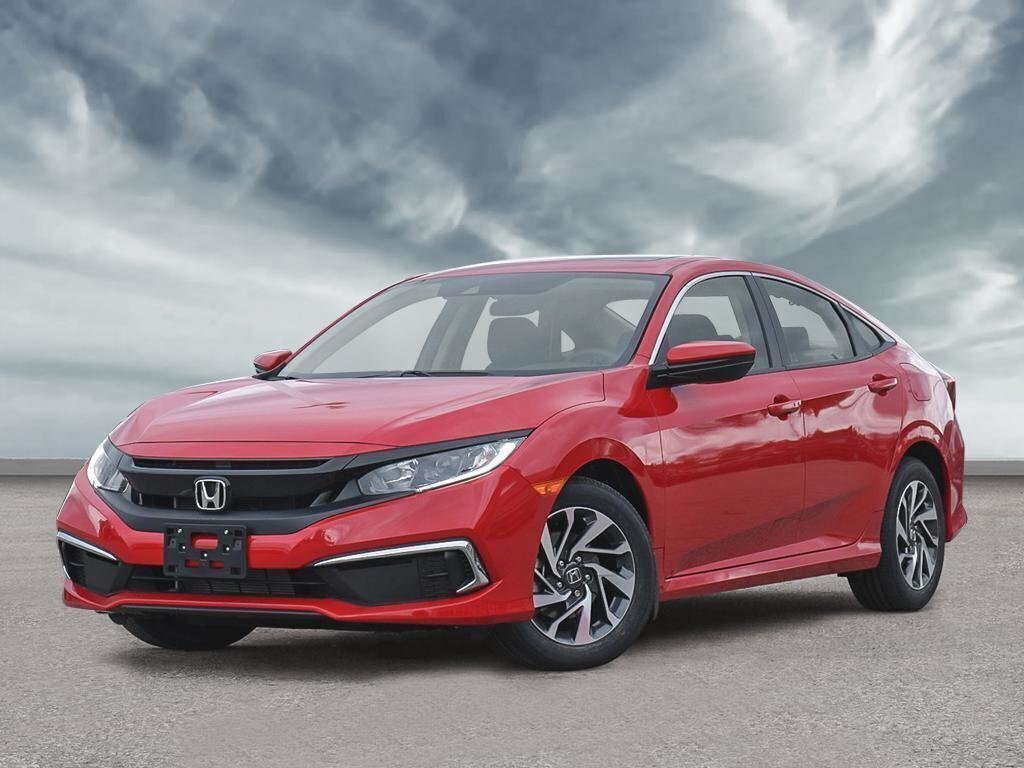