It seems like the Hyundai Elantra doesn’t get enough credit. As one of Canada’s top-selling compact cars, it still resides in the shadows of the Toyota Corolla and Honda Civic, despite its competitive pricing, a long list of features, and an impressive warranty.

The Civic towers over the compact car segment with a legacy of success. The folks at Honda have a lot of experience delivering a solid small car, with the Civic first being sold in Canada back in the 1970s. The Elantra didn’t enter the picture until the ’90s, and is still struggling to be the car that buyers picture when they think “compact car.” The current, tenth-generation 2019 Honda Civic, meanwhile, is the brand at its best, offering everything you want in a neat little package.

With a set of keys to both of these, we set out to see if the 2020 Hyundai Elantra can truly hang with the best in the biz.

It’s hard to find the Civic’s styling attractive, but it’s worth pointing out that it has a slick profile with a sportback silhouette. The front end is needlessly busy, and the rear end doesn’t provide a nice perspective either. It’s hard to enjoy any element of the Civic exterior – but that’s a subjective assessment.

The interior is similarly busy, with a mix of small buttons and a variety of materials. Thankfully, it is high-tech, with a nice cluster pod that’s bright and visually interesting.

The Elantra has a more cohesive design, although the front-end redesign from last year takes some getting used to. Hyundai flips its design from captivating to conservative to confusing every so often, and we’re currently somewhere beyond the charming looks the Elantra used to have. The rear end, if a bit plain, has a neat button hidden on the Hyundai badge for the trunk release, making you feel like a magician every time you pop the trunk.

The interior of the Hyundai Elantra doesn’t leave a strong first impression, but you’ll come to realize how well laid out it is after spending some time in it. I find the materials to be lacking in wow factor, although there is an interesting checkered pattern in the gauge cluster and dashboard. It’s subtle. There are a lot of hard plastics that really become an eyesore over time. The leather seats look great though. It’s a close call but the Elantra ends up being the more attractive vehicle, inside and out.

These two compacts are the definition of “fully loaded.” They come with all kinds of excellent comfort and convenience equipment, not to mention safety and driver’s assistance technology.

The Civic features heated seats all around, dual-zone climate control, a wireless phone-charging pad, as well as a touchscreen infotainment system with support for Android Auto and Apple CarPlay. There is a Sport mode for the transmission, and an Eco mode as well, for those looking to eke out the most mileage out of the gas tank. In terms of safety systems and driver’s aids, it has lane-keeping, forward collision warning and adaptive cruise control, which can bring the car to a stop if the vehicle in front of it has stopped as well. It all works very well, but it’s important to point out that the Civic lacks a true blind spot monitoring system, instead offering its own LaneWatch camera system, which displays a feed of what’s happening beside the vehicle on the infotainment system. This isn’t as useful as traditional blind spot sensors and also encourages the dangerous habit of not checking your mirrors and blind spots.

The Elantra is just as well equipped featuring the same set of features mentioned above including a few drive modes. It adds a heated steering wheel, which will be very appreciated in the colder seasons, and it also has a proper blind-spot monitor. The downside is that the cruise control system is a bit pickier, and won’t work at all speeds.

Driving either car is a simple and easy-going affair; but their infotainment systems offer two very different experiences. The Civic’s infotainment system is slow and hardly attractive to look at. If you use Android Auto or Apple CarPlay you’re spared from this pain, but those who rely on the stock interface will find the small text boxes and tricky on-screen buttons to be annoying. And with its messy dash layout, the Civic struggles in feeling user-friendly at all.

The Elantra’s infotainment system is far superior, with a bright, easy-to-read display and large text. It also has larger buttons for navigating through the system, so those not content with the Android Auto and Apple CarPlay support have a nice alternative.

One area that the Civic absolutely impresses is with in-cabin storage space and cubbies. Honda really nails the fact that people don’t just drive their cars, but practically live in them at times, so there are plenty of shelves and small cubbies to hold and hide stuff. The Civic also features more storage space, and more legroom making it a better pick for long-legged buyers. Despite the diverse mix of materials, Honda manages to cover most of the points that you interact with – like armrests, door-panels, and the dashboard – with fairly soft plastics. It gives the car a cozy feel.

On the road, the Civic is a bit softer and swallows up bumps and potholes. It doesn’t feel as nimble as the Elantra, but on some less-than-stellar roads, it feels slightly more comfortable.

While the Elantra has more passenger space, namely in terms of headroom, it has less cargo room. Worse than that is the amount of hard plastics that Hyundai uses on some very important touchpoints. Your knees will rest on hard panels, as well as your elbows. Although the Elantra rides quite well with a good sense of direction and responsiveness, I didn’t enjoy spending long periods of time in it due to the harder materials used.

Under the hood of the Civic is a 1.5-litre turbocharged four-cylinder engine, mated to a CVT. It makes 174 hp and 162 lb-ft of torque. The Civic feels lively on its tires and quickly gets up to speed without much hesitation or issue. The CVT, while a bit noisy, is excellent at getting the motor in its powerband, letting the Civic get up to speed, and then settling down for the ride.

The Civic feels very smooth on the road. Light steering takes getting used to, as does the floaty suspension, but the Civic feels well suited to any situation. It’s quick and responsive enough to take on short errands around town and refined enough to be used on long road trips as well.

The Elantra uses a 2.0-litre four-cylinder engine that is also paired to a continuously variable transmission. Called an IVT by Hyundai, it uses stepped gear ratios to prevent the awkward rubber-band feeling that most CVTs have. Indeed, the transmission does feel a bit better than other CVTs, but it doesn’t feel as responsive as Hondas. A part of that may be the Elantra’s weaker motor: Rated at 147 hp and 132 lb-ft of torque, it’s outgunned by the Civic’s powerplant. Thankfully though, the CVT helps make use of every bit of its engine so it doesn’t feel especially sluggish, just less powerful than the Civic.

On the road, the Elantra feels quite responsive, with heavy steering that’s rewarding in a way the Civic isn’t. It’s a bit stiffer than the Civic, and although it is rigid, it feels uncomfortable on broken pavement, which means many cityscapes after the winter thaw will feel rougher in the Elantra.

There is always a concern that small cars aren’t as safe as a bigger vehicle, so it’s important to bring up the safety ratings of these compact vehicles. The Civic and Elantra have both been tested and rated by the Insurance Institute of Highway Safety (IIHS.) They’re not only crash-tested, but their crash avoidance features are also evaluated along with the headlights and child seat anchors.

But of the two cars, only the Elantra is noted for its safety. Awarded with the Top Safety Pick+ Rating, the Elantra earns the highest rating given by the institute. Suffice to say, it aced the crash tests, impressed with its crash avoidance system, and offers excellent visibility when equipped with the LED projector headlights found on our test vehicle.

The Civic fared a bit worse in the IIHS tests, namely because of its headlights, which weren’t up to the institute’s standards. As a result, it wasn’t able to manage a Top Safety Pick rating.

Since both of these cars use CVTs, they should be quite thrifty on fuel. Rated by Natural Resources Canada at 7.1 L/100 km in combined driving, the Civic pays a small price at the pumps for its extra power and torque. However, in some situations, we found it to be on par with the Elantra, and sometimes even a bit more fuel-efficient.

Compact cars should be affordable, spacious, and fuel-efficient, but it doesn’t hurt if the vehicle is well equipped and responsive when needed.

The Civic seems to hit all those marks. Our model, priced at $29,876 was more powerful, more consistent with its fuel mileage, and had tons of space for cargo and passengers. The adaptive cruise control is excellent, but the LaneWatch blind spot information system is unimpressive and feels cheap.

The Elantra Ultimate we tested rings the register at $29,381, making it just a notch cheaper than the Civic. It comes with a heated steering wheel and a real blind spot monitor, but it felt slow at times and its adaptive cruise control system lacked the frills of the Civic’s.

Although the Elantra is more affordable and has a better safety rating, the hard plastics in the interior had us thinking about what a big difference $495 can make, especially when you add in the extra power and space in the Civic.

It goes without saying: a car with an H on its grille will win this comparison. All jokes aside, this isn’t an easy conclusion to come to, as the Civic wins by a hair. However, it is interesting how the Elantra manages to succeed where the Honda fumbles.

The Elantra has a more cohesive design, a strong safety record and an excellent infotainment system, all areas where Honda drops the ball. If those are more important than the powertrain, cargo space, and effortless drivability found in the Civic, then the Elantra is hardly a compromise. For now, it seems like the car Canadians should imagine when they think “compact” is the Honda Civic. 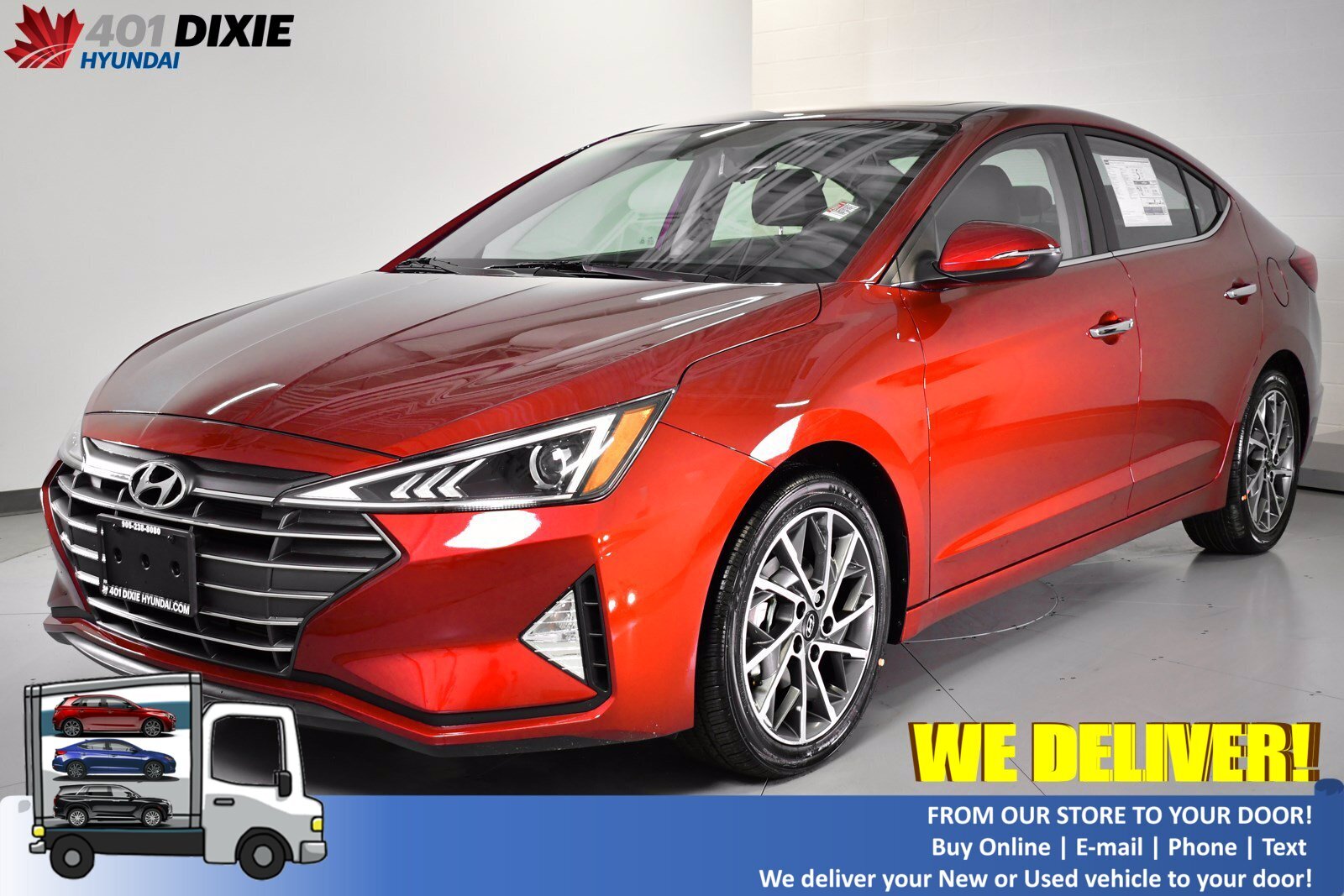 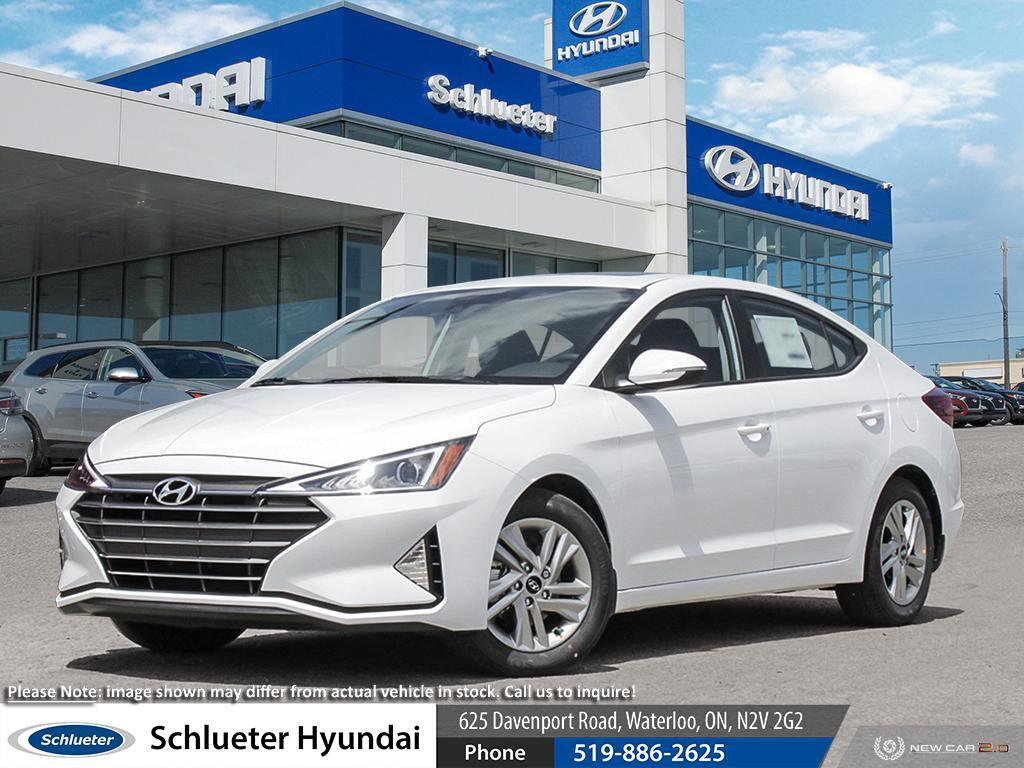