The Volkswagen Golf GTI has long been one of the best of the hot hatches, giving drivers that special something that encourages one last run down that windy back-road. Or one lower gear to listen to the engine at the expense of a few millilitres of fuel. For 35 years, that car has had a twin with a trunk: the Jetta GLI.

But the last generation of the two cars let the apples roll a bit farther from the tree. With the GLI getting a little less engine and a little less crispness than its sibling, the GLI was a little slower and a little softer. This time around, the 2019 Volkswagen Jetta GLI gets almost the same bits as the GTI. So has this hot compact sedan managed to recapture that spark?

With the exception of the Beetle, VWs have never been shouty about their sheet metal. This one’s no different, but VW has made some tweaks to make sure that “subtle” doesn’t mean “boring”. The GLI gains a new honeycomb grille that boasts the red accents that are the GLI’s signature. New vents in the front bumper help further set the car apart. Black window trim, a little trunk spoiler, and dual exhausts complete the look. It’s classic GLI.

With 399 L in the trunk, the GLI might not have as much cargo space as the GTI hatchback, but there’s still plenty of room here. There’s space for stuff in the doors and centre console too, keeping your phone off of the shifter when you’re in a hurry.

The GLI gets a suspension that’s much stiffer than the standard Jetta. That means crisper turn-in, less body roll, and extra nimbleness. And that’s in comfort mode. Toggle Sport and things sharpen up even further. The GLI is happy to carve corners, with the help of the clutched front diff that can transfer power to the wheel with more grip, or the wheel that will reduce understeer. Front brakes are shared with the Golf R, ensuring that there is plenty of grab and little fade from the binders.

But despite the well-weighted steering, something about this formula just doesn’t capture the GTI’s spark, the nimbleness in the suspension and the playful tail the GTI offers. That makes the GLI an excellent compact sports sedan, but not the grin-maker that is just the other side of the showroom.

The GLI gets the 2.0L turbo-four from – stop us if you’ve heard this one – the GTI, with 228 hp, 256 lb-ft of torque. But despite that big torque figure, this car didn’t always feel quick. Blame the extra-long gearing in the six-speed stick.

The dash display encouraged me to be in a gear that kept the revs well under 1,500, and at that point there’s not much shove to be had, just grumbles from under-hood. Once the revs climbed above 2,000 things got more interesting but it still wasn’t all that quick. The clutch and shifter were both great, though, so it was no chore at all to grab gears quickly and often.

In Comfort mode, the engine was all but silent. Toggle the sport loudness and suddenly it took on what was maybe supposed to be a five-cylinder growl but sounded more like a Subaru WRX. The extra gears of the seven-speed DSG might take away a bit of involvement but solve the off-power problem.

Those long gears might not make for the best acceleration, but they sure help out at the pumps. I drove the GLI like the sports sedan that it is, but I still saw mid-6s for fuel economy despite an official rating of 9.6/7.3 L/100 km city/highway. The spec sheet says premium recommended, though the tank label says to use regular.

The GLI comes pretty much loaded: heated seats front and rear, ventilated for the front, and an 8.0-inch touchscreen infotainment system with gesture control. It also comes with Apple CarPlay and Android Auto plus a nine-speaker Beats Audio system.

The dash is a 10.25-inch digital display with Volkswagen Virtual Cockpit. It’s like the Audi system in that it lets you pick from a wide range of screens, though it lacks Audi’s ability to show the map in the dashboard.

Lastly, the panoramic roof in the new Jetta is massive and it lets you have the roof open with a perforated shade closed, which I like for summer parking.

All the controls are close at hand, including the steering wheel buttons for the digital dash. VW’s gesture control pop-ups on the infotainment make it easy to get the commands you want.

It’s not a tall crossover, but it’s still easy to get in and out.

The GLI gets seats that are typical VW. Bolstered, but not overly so, they keep you firmly in place when you’re driving for fun without digging in when you’re cruising. All GLIs get ventilated front seats (on top of seat heating) to help you keep cool when you’re heating it up inside. There’s also plenty of headroom even with the panoramic roof. Though if you want to add a helmet and take it to the track you might want to make sure you fit.

There’s no plaid seat option, but you still get red GLI-signature stitching around the cabin to brighten things up. The rear seats are heated as well, and offer up one of the biggest spaces in the class for anyone who doesn’t get to drive.

The GLI comes standard with blind-spot detection and rear traffic alert, as well as the cool flip-out camera for the back-up monitor that helps keep it clear in bad weather. If you want more, adaptive cruise, lane assist, forward collision warnings with emergency braking, and automatic high beams are available in a $995 driver assistance package, which my tester had. Other than lane assist, which I generally dislike, all worked well without any false alarms in my time with the car.

It offers a load of stuff and a load of fun to drive, but it’s more money than the Elantra Sport or Civic Si. Of course, the Civic can’t be had with an auto and the Elantra’s trailing when it comes to the interior.

The all-new 2019 Volkswagen Jetta GLI is an impressive small performance sedan. But it lacks that little extra spark that makes the GTI just so much fun. We can really sum it up with just the tires. The GTI gets Bridgestone Potenza and Pirelli Cinturato high-performance tires. The GLI gets the same Hankook touring tire that comes on the base Civic. It’s still quick, and it’s still a decent value, so maybe that spark’s just some new rubber away? 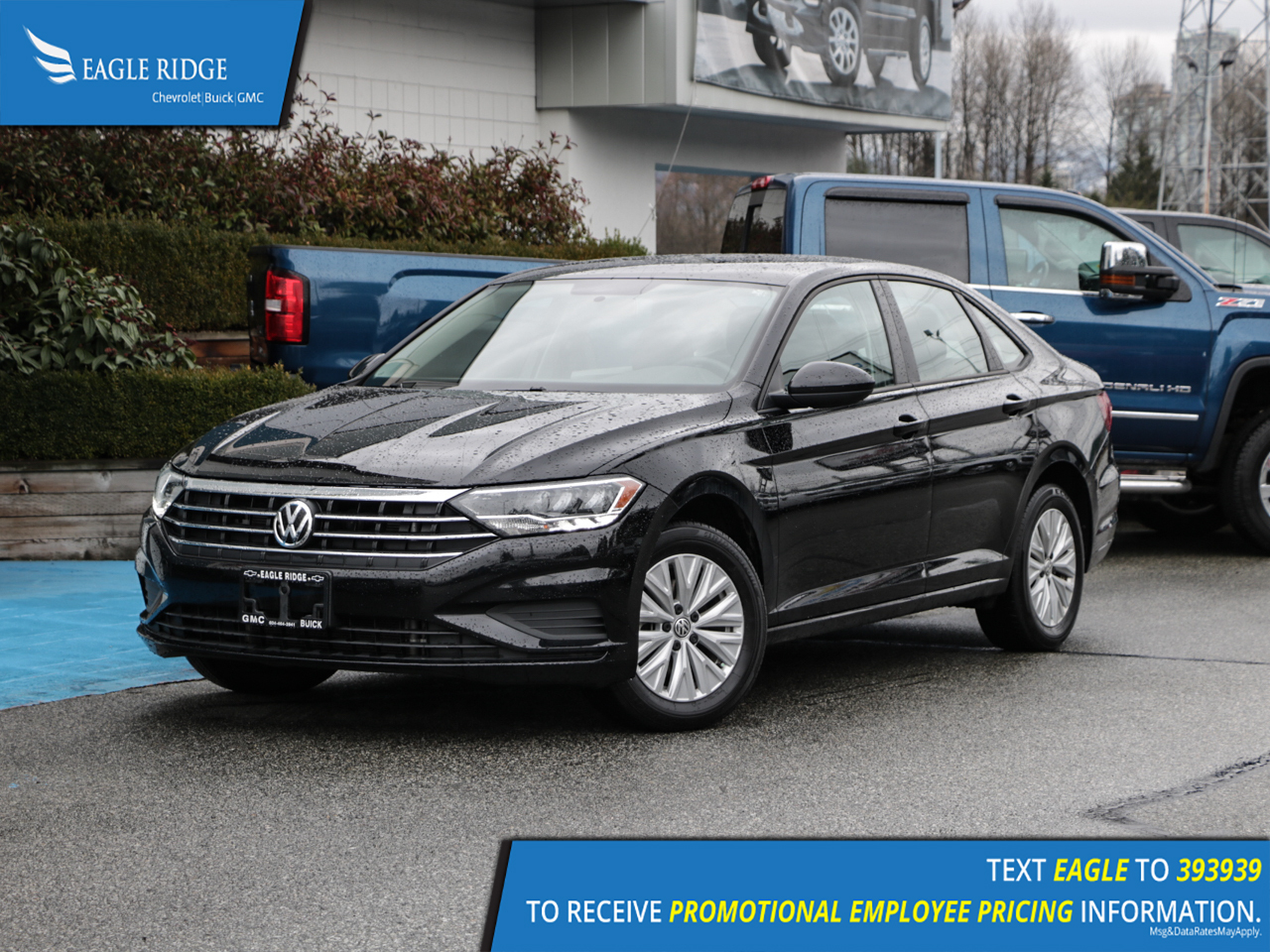