It’s not every day that a manufacturer – a luxury manufacturer, at that – delivers a Canada-only special edition of one of their models. The 2019 Infiniti Q60 I-Line Red Sport 400, meanwhile, is not just any model, but a halo car of the Infiniti brand.

It is bonkers-fast, this car, and if ever there was an argument for the benefits of forced induction, look no further than the Q60, a car that goes as fast as it looks, and then some.

And you know what? That’s fine by me because the Q60 was already a looker in its own right; and this kicks it up a notch especially when painted in Dynamic Sunstone Red, as our tester was. There are other available colours but other than maybe Iridium Blue, this is the one I’d have. It just does such a good job of displaying the multitude of creases and folds on the body panels, all of them well-implemented and none of them too over the top.

Add a near-perfect stance with a wide rear track, those cheetah-esque headlamp lenses as well as the patented kink at the trailing edge of the rear side windows, and you have a luxury sports coupe that looks precisely like a vehicle in the segment should, all smart detailing and long hood.

They same can’t quite be said for the interior, however; and it’s here that the Q60 loses ome points in the styling department, owing mainly to the colour choice of my tester. White leather covers most surfaces and those that aren’t get a silvery carbon-fibre look that just doesn’t scream “luxury”, but more “Look at me!” – in a bad way. Luckily, there are other colours to choose from. Go with either the red and silver, or black and carbon-fibre. You’ll be much happier.

My tester came with all the bells and whistles, including lane-keep assist, rear cross-traffic alert, adaptive cruise control, forward collision warning, 360-degree camera, and forward emergency braking with pedestrian detection. A lot of that, however, comes courtesy of the ProActive driver package that runs you $3,200. While I wouldn’t mind paying for some of the extra-special stuff that’s included in the package (the Around View 360-degree monitor, for example), but the fact that more rudimentary stuff like a blind-spot system or adaptive cruise doesn’t come as standard is a little tougher to forgive.

The Q60’s infotainment system is made up of two screens: the lower screen handles your various drive-mode adjustments, phone controls, and navigation controls; the upper screen is where your back-up cam and navigation maps appear.

The upper display is navigated with a control wheel mounted below the shifter, while the lower display is an all-touch affair with big, responsive buttons that didn’t bother me as these often do. While you do use the screen to individually adjust settings such as steering and throttle response, the drive mode itself (Eco, Snow, Standard, Sport, Sport+) is toggled via a switch mounted just left of the shifter. It’s nice not having to fool around with the screen when you want to kick it up (or down) a notch.

If you’ll notice, I didn’t mention where the Apple CarPlay and Android Auto appears, and that’s because there’s no support for either system. That’s becoming a bigger and bigger misstep these days as more and more buyers are putting these integrations at the top of their punch lists.

While it looks compact and ultra-sleek, there’s actually quite a bit of room inside for the driver and front passenger. Both seats are adjustable eight way and they’re both supportive and comfortable. Infiniti has brought the dash down quite low, however, so while shorter occupants will enjoy a better view out over that long, proud hood, taller drivers like myself may find that they’re sitting a little high in the cabin. Drivers of all sizes, meanwhile, are going to have to deal with some pretty big over-the-shoulder blind spots due to that swooping roofline.

While the specs say there’s 246 litres of trunk space, it’s hard to make use of all of it because the Q60 doesn’t provide a perfectly flat load floor. You can fold the rear seats flat, however, so fitting a set of golf clubs is doable. And that’s probably the best use for the rear seats, as I wouldn’t expect anyone to be sitting back there in the Q60, or any sports coupe, for that matter.

Power for the Red Sport 400 version comes courtesy of a twin-turbo V6 good for 400 hp (yes, that’s where the “400” comes from) and 350 lb-ft of torque, fed to all four wheels (but mainly to the rears) through a seven-speed single-clutch automatic. Yes, you read that right: here’s a Nissan product that doesn’t use a continuously variable transmission, which translates to a much more engaging drive.

Actually, a much more hair-raising drive is more apt. Peak power comes at 6,400 rpm but peak torque lasts from 1,600–5,200 rpm. Get past a hint of turbo lag from start, and you’ll be at three-figure speeds before you know it, riding a wave of torque that just never seem to abate. What that also means is you have plenty of oomph once you’re up and running, too, so highway passes and so forth become a matter of “How many can I pass in this passing lane?” as opposed to “Hope I can clear that truck…”. It is bonkers-fast, this car, and if ever there was an argument for the benefits of forced induction, look no further than the Q60, a car that goes as fast as it looks, and then some.

Hmm – it’s actually more of a lack of feel that I think about in the Q60. You see, like its Q50 sedan sibling, the Q60 uses a kind of steer-by-wire system. We’ll skip the nitty-gritty, but it’s not an entirely direct connection between your hands and the front axle. The steering weight can be modified, though, as can the response; but I never quite got away from that disconnected feeling. It’s not that the steering’s bad, either; it’s actually really quite responsive and precise, it’s just woolen-feeling.

The rest of the handling package, though, is top notch; I mentioned how responsive the steering was, but it’s followed by a chassis that is free of cowl shake, creaks, and rattles – even though the front doors have no frames around the windows. As we recently saw with the Volkswagen Arteon, that can lead to some concerns with body stiffness but not here; just athletic, luxury motoring all the way. I guess if there was one thing I’d ask, it’d be the availability of RWD but these days in the luxury market, that’s like asking for a manual transmission.

While it’s a shame you have to spec up in order to get it, the Q60’s adaptive cruise control system with lane-keep assist remains one of the best in the business. It keeps you nice and centred in your lane without bouncing back and forth. The forward sensors, meanwhile, can read what’s happening two car lengths ahead, so the system is never panicked and it can slow you down long before you can see why.

I saw about 12 L/100 km during my test, which is not exactly a miserly figure but then, this is a twin-turbo performance machine. It’s about equal to NRCan’s ratings and with a performance-oriented, V6-powered, twin-turbo coupe like this, that’s all I can ask, really.

If only a few more of those safety bits came as standard – a similarly priced Lexus RC 350 gets many of those as standard, for example – the Q60 Red Sport 400 would be a knockout in the value sense. On power alone it seems to punch above its weight class, and that’s before we even consider that great styling. Then, you realize that a similarly spec’ed BMW 4 Series will take you well into the 70s (but with less power) and you can really start to see where the Q60’s value proposition comes from.

The key to any great driver’s car, of course, is its ability to compel you to get back in – even if you have nowhere in particular to go. Indeed, I found myself doing an extra grocery run just so I could get in and drive, even for a short trip. No matter how brief, I’d still be able to sit in that seat, still look over that great hood, and still find a chance to give it a little welly and feel that twin-turbo do its work. Then, as I walk up to it to make the return trip, I can take in those curves once again. 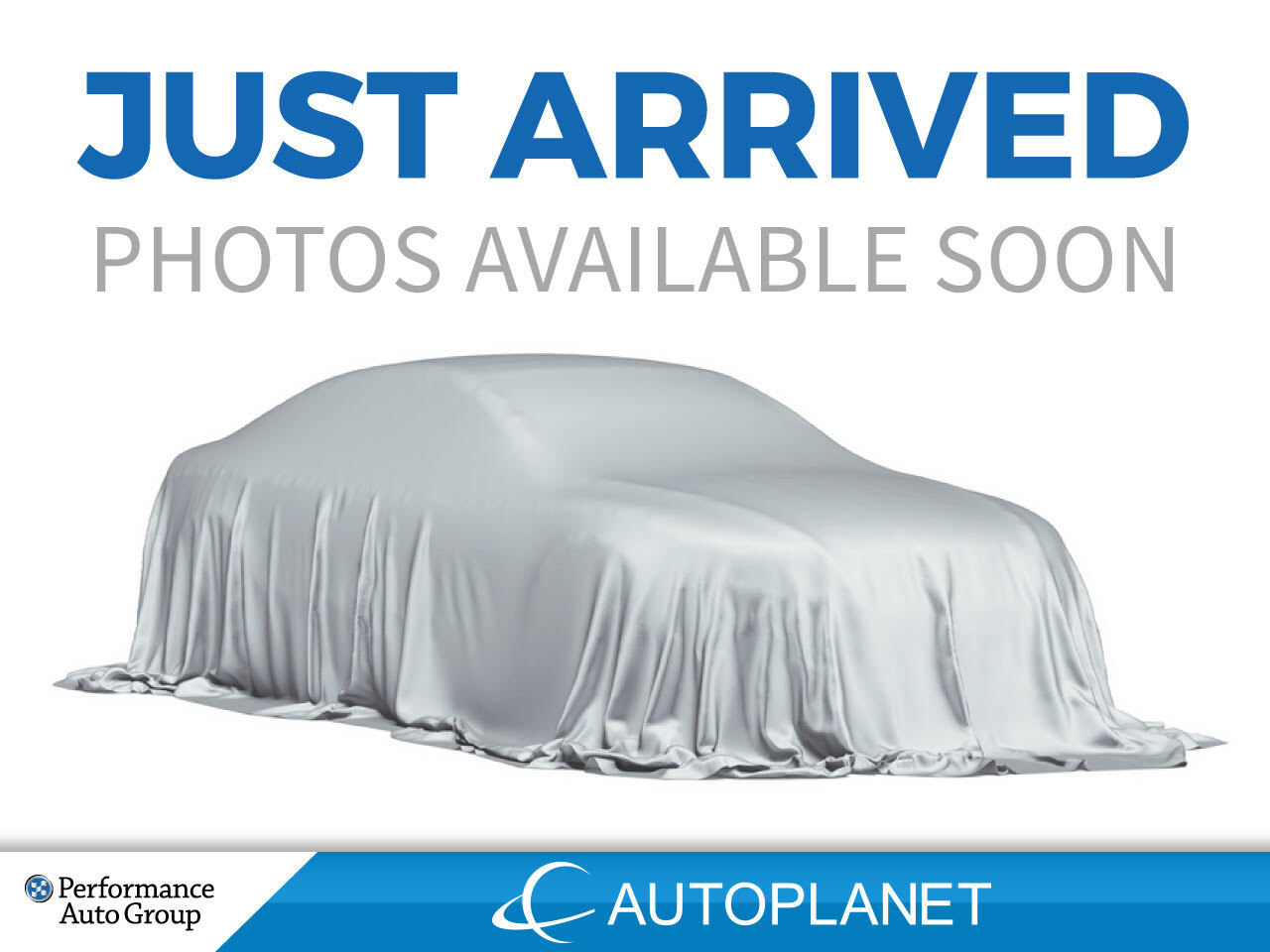 About Dan Heyman
Dan Heyman is a car guy through-and-through, ever since his first word was “Toyota”. Dan has worked as a full-time automotive journalist since 2010.
Follow me
You may also like
8.1