NAPA VALLEY, CA – The rising sun has already burned off most of the valley’s early morning fog, limning the clouds with gold. Gently rolling hills fall behind us as we purr past the vineyards like oiled silk, enveloped in a blissful state of well-being. Swanning around California wine country in a nearly $300,000 Bentley Continental convertible, I feel the occasional twinge of sheepishness at the stares of other motorists but the discomfort is fleeting. It’s much easier to embrace the illusion of opulence and enjoy the ride.

And oh, what a ride it is. That it excels as a creamy smooth Grand Tourer is no surprise – Bentley’s asymmetrically-feathered wings adorn some of the world’s most aspirational motorcars.  But while the Bentley name has become synonymous with self-indulgent luxury, its past is rooted in performance. A century ago, it was customary for young men of means to celebrate their coming-of-age with a Grand Tour across “the continent”,  absorbing European culture and the refinement necessary for their transformation into gentlemen. The more daring among them saw it as an opportunity to race from one destination to the next in the newly popular motorcar, a more modern interpretation of the point-to-point race. This was the culture that eventually spawned the Bentley Boys, a gang of gentlemen racers led by automaker W.O. Bentley. Glamorous playboys who tore across Europe from party to party, scarves trailing in their wake. More than mere dilettantes competing for thrills and bravado, the Boys established Bentley’s performance legacy with several Le Mans wins and Grand Prix championships.

While Bentley later floundered under several decades of Rolls Royce ownership–the Spirit of Ecstasy’s unloved and underachieving stepchild–it has flourished since becoming part of the Volkswagen Group. Most of that can be attributed to the car we’re driving, the Continental GT, the most successful Bentley has ever produced. Combining high-performance with continental luxury, the GT brings the company back in line with W.O. Bentley’s original ethos. Now in its third generation since the 2003 introduction, the latest Continental GT’s infusion of German engineering into its British bloodlines has resulted in the best version yet.

Based on the same lighter, stiffer platform that underpins the Porsche Panamera, the Continental GT boasts more athleticism without losing any of its gravitas. Outwardly, it loses none of its signature presence and the low, wide stance, swept back roofline and swooping curves remain. A blend of smooth surfaces and sharp creases, the body is formed from large sheets of aluminum with few cutlines and the result is a sense of uninterrupted flow. The extensive use of aluminum helps contribute to the new car’s weight reduction of 170 lbs.

New 20- and 22-inch wheels are available for V8 models The engine and gearbox have been moved lower and further back, reducing the overhang and improving the Continental’s front to rear weight distribution from 57/43 front to rear to 55/45, regardless of engine choice.

Bentley purists may turn up their nose at the GT’s new 4.0L twin-turbo V8, preferring to wait for the W12 arriving later this year; but in my opinion, it’s their loss. The V8 is only 84 hp less than the massive W12, but more importantly, a couple of hundred pounds lighter. The resulting weight balance improvement delivers a lightness of foot that’s unexpected in a 2,165 kg car.

The all-new, Porsche-designed V8 produces 542 hp and 568 lb-ft of torque, enabling the hardtop GT to sprint from zero to 100 km/h in 3.9 seconds. 170 lbs heavier, the convertible does it in four seconds flat. That’s only a fraction of a second slower than the 626 hp W12. While the old car had a fixed 40/60 front to rear torque ratio, the third gen boasts a new double-clutch automatic transmission that sends power to all four wheels when needed, thanks to rear-biased, torque-vectoring all-wheel drive. It’s no less than astonishing how fast this big car can move; one minute you’re cruising along in silken luxury, the next you’re flat against the seat back, marveling at the ferocious snarl emanating from its quad tailpipes. It shouldn’t be this much of a surprise, after all, Bentley Motorsport has had considerable success internationally racing the Continental GT3.

The air grew brisk as we left the low-lying wine country and moved up into the mountains. Here, we found traffic sparse, and switchbacks  in delightful abundance, showcasing the big car’s ability to corner fast without losing composure. Although identical below the beltline, the convertible is 375 lbs. heavier than the coupe thanks to a longer rear deck lid to hide the folding roof mechanism, a different c-pillar and less aggressive rear fascia. The climbing, off-camber roads showcased the platform’s rigidity, and there was no apparent shuddering or telltale cowl flex. But despite the architecture’s brilliant composure, the Continental GT Convertible at 2,404 kg (5300 lb) is a heavyweight, and it feels sacrilege to flog it too hard in the switchbacks. Consider it an elegant touring car to the coupe’s sportier GT.

We’d dropped the top in sunny St. Helena, and despite the encroaching cold, and wisps of dank fog that are starting to gather about the mountain’s shoulders, we decide to leave it down. It takes only about 30 seconds to perform this origami sleight of hand, and the top stows away neatly without any noticeable reduction in trunk space. Protected from any buffeting winds by the swept back windshield, we’ve got warm air encircling our necks like a comforting scarf.

The cabin is beautifully executed, a case study in tasteful opulence. Our baby blue convertible is upholstered in creamy leather, embellished with diamond stitching. The 20-way adjustable seats can be configured to cushion like your favourite lazy boy – or grip like a velvet glove. There are rich lashings of sustainably source wood, finely-knurled metal switchgear, a large, digital instrument panel with full-colour head-up display, massaging seats, and optional Bang & Olufsen or Naim premium sound. I was especially enthralled with the “Bentley Rotating Display” a $6,365 (USD) option that flips over a glossy veneer panel on the dashboard to reveal a 12.3-inch full-colour infotainment screen. Push the button again, and the screen is replaced with a trio of analog gauges.

Trading the droptop for a burnished copper coupe, we wound our way up the Northern California coastline. The new platform offers the Dynamic Ride System (standard on W12, optional on V8), VW Group’s active roll-control with 48-volt electronic system that debuted with Audi. A standard three-chamber air suspension with continuously adaptive dampers delivers outstanding ride comfort regardless of road conditions. Select “Comfort” mode, and you’re cruising sublime, without a trace of roll or wallow.

Choosing “Sport”  sends 80 percent of the power to the rear wheels, firms up the dampers and engages the electronic sway bars. Or just leave it in “Bentley” mode and let the car assess the road conditions and adapt accordingly. Push hard in the turns, and brake-based torque-vectoring feathers individual wheels to refine cornering precision.

The Continental GT’s splendid chassis tuning helps the big car corner, without breaking loose its 22-inch rear tires. Press the accelerator and with little more than a “whoosh”, the car reaches high triple digits without losing composure. Fortunately, it’s equipped with 16.5-inch rotors and 10-piston calipers up front, the biggest ever fitted to a production road car, to haul it back down from warp speed. And there’s little resulting nose dive or rebound. Initially, the steering feels somewhat light given the car’s weight, but I grow to appreciate its laser-sharp accuracy after several hours of zig-zagging over the mountains. The V8 emits a lovely, rorty exhaust note and the dual-clutch automatic rips off perfectly timed shifts with crisp precision.

It’s hard to find fault with an automobile of this calibre, but I do have one quibble: when putting the car in gear, I found myself revving hard and going nowhere, thanks to the parking button’s location under the butt of my hand. But otherwise, there’s a sense of occasion when driving the Continental GT,  a special luxuriousness that’s in no way diminished by its surprising athletic prowess. It’s a worthy successor to W.O. Bentley’s original vision. 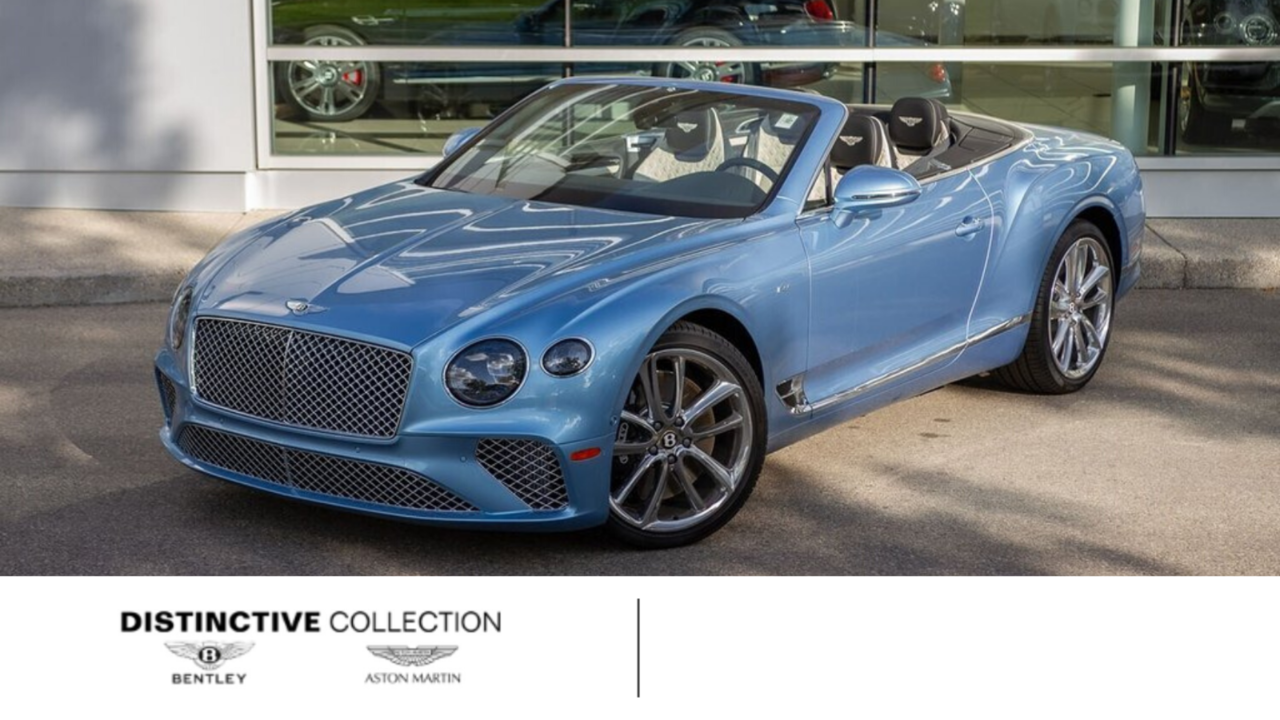 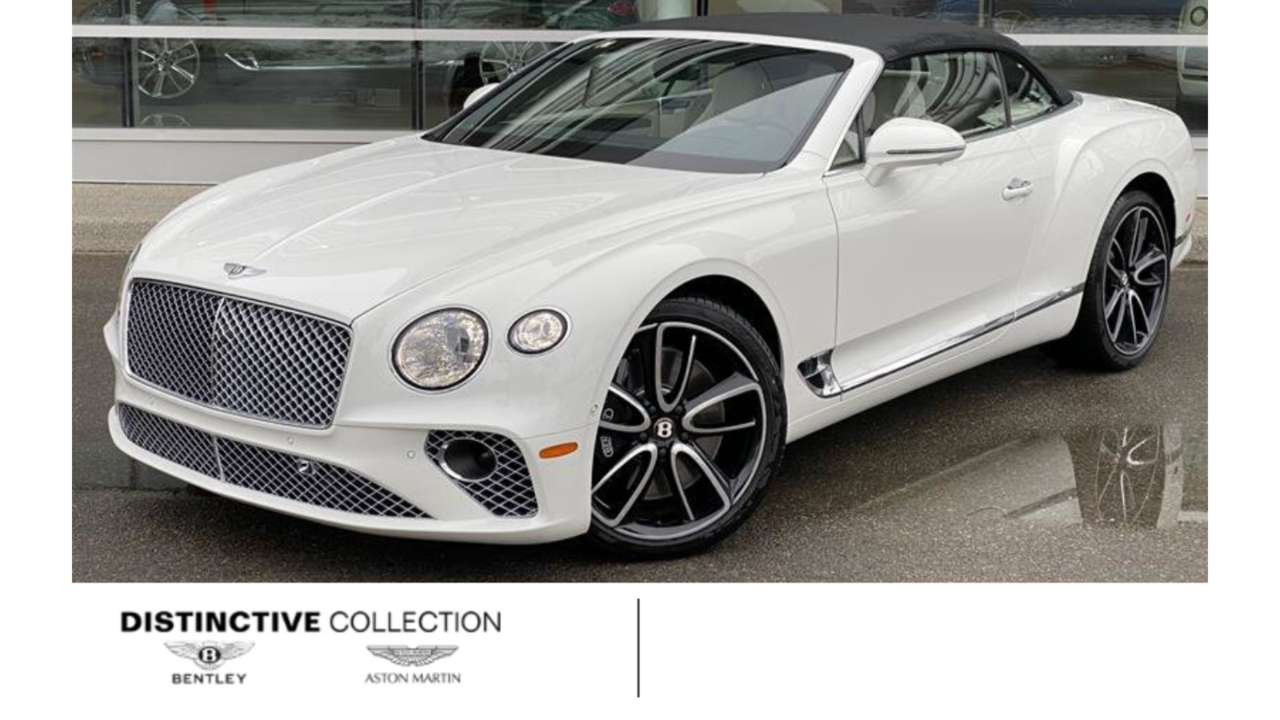