First of all, before you even ask, it’s pronounced “Are-Tee-On”, and it speaks to a fusion of the words “art” and “eon”, because it’s both good-looking and timeless at the same time. Or something.

High-class grand touring for a fraction of the price.

So, then, now that that’s out of the way, what exactly is the 2019 Volkswagen Arteon? Well, in the simplest sense, it’s VW’s replacement for the Passat CC, but with a few important differences, one of the biggest being a proper hatch instead of a trunk. It’s also longer, wider, has longer front and rear tracks and is a little taller than the CC, even if you can’t really tell, thanks to that super-sloped roofline.

We mentioned that ultra-sloped roof, but you can’t discount the imposing grille treatment, chrome detailing around the windows and door trim and the spectacular – spectacular – turbine-look 20-inch “Rosario” wheels that I would never, ever grow tired of. Throw on a coat of luxurious-looking (if not luxuriously named) Chili Red Metallic paint and special bumpers courtesy of the R-Line package and you’ve got a head-turner everywhere you go. Heck, when the only way to do a car’s styling justice in photos is to park it on top of a mosaic, you know you’re doing something right. It looks handsome, it looks dashing, it looks modern…heck, it looks like it should be EV-powered, actually, and while it’s not part of VW’s I.D. EV program, its profile bears a striking resemblance to the I.D. Vizzion Concept we saw earlier this year.

Inside is a little more standard VW, but I do like pleasing details like the way the vent grilles ahead of the front passenger appear to stretch across the length of the dash, mimicking the front grille. The leather and materials used, meanwhile, are of top quality.

The Arteon is available with a single “Execline” trim, but my tester was taken to the nth degree with the addition of the Driver Assistance and R-Line packages. The latter is responsible for those great wheels as well as the leather-wrapped, heated and paddle-shifter-equipped steering wheel. The former, meanwhile, provides a 360-degree camera as well as lane-keep assist and park assist.

While the lane-keep assist system is fairly passive, the park system requires you to slow, press the console-mounted button, and allow the system to choose a spot. Once you do it once, however, chances are you’ll want to do it again and again; while I love actually driving a car and all this autonomous talk has me a little weary, there’s nothing more banal than parallel parking, no matter how nice your car is. In that light, I love these park-assist systems and tend to make use of them whenever I have the chance. Especially in the case of the Arteon, that had me a perfect 20 cm or so away from the curb, every time.

Which is good, because since the Arteon is all rounded corners and swooping lines, you can’t see the corners of the car – making it tough to place when parking or in narrow situations. Especially when keeping in mind that it’s quite wide. I’m sure if you spent more time with it you’d eventually get it, but it did make for some nervous moments through narrow passages (when boarding a ferry, for example) during our test, lest we scratch that gorgeous bodywork and wheels.

While VW’s App-Connect infotainment may not be the best-looking system out there, it’s nevertheless functional and has support for both Apple CarPlay and Android Auto, which pair nicely with the 700-watt, 10-speaker (plus subwoofer) Dynaudio sound system. It’s just a shame that the only way to plug in your device is through the centre storage console: The box that houses all the necessary parts for the USB interface is chunky and not only takes up a lot of room, but makes the remaining space less accommodating thanks to its awkward shape. It’s nice that there’s a slot for your phone just below the centre stack, but it is a little narrow and it can be hard to get your device out of there if you’re all thumbs like me.

The front seats are mounted quite low, so shorter drivers are going to want to set those higher; luckily, it’s adjustable 12 ways so most body types should be able to find a comfortable seating position. Once done, I found the seat to be supportive but maybe just a touch thin when it comes to padding; that makes for a little more room in the back, which is required as this is a coupe – if you want to call it that – whose rear seats are actually supposed to be used.

While the thinner seats may make for more legroom, the headroom is going to be an issue. This should come as no surprise when you consider that roofline, but unless your taller friends don’t mind emerging from the Arteon with Hair by VW™, I wouldn’t recommend they spend too much time back there. They do get their own climate control zone as well as heated seats, though, which is nice. Just make sure they don’t hit the button with the blue strip that sits beside the seat button thinking it will activate cooled seats; those are found up front only, and all that button does in the back is lower the temperature.

Bit of a Jekyll and Hyde situation here. On the one hand, you gotta love the practicality that hatch presents. It’s a massive opening, and since it’s a car, it sits low and it’s easy to load. You have to be a little creative since the loading area’s not that tall, but it’s quite wide so we had no problem stuffing a family’s worth of weekend wares back there. Plus, the way the hatch sweeps up looks fantastic and it comes powered as standard.

Now, the Hyde part. Yes, there are four doors. Yes, there are child seat anchors in the back seats, and they’re mounted shallow enough that they’re not hard to reach. Getting the kid in there once installed, however, is a bit of a different story. You basically have to slide your toddler in there horizontally, so narrow is the gap between seat and roof. Same goes for when you’re a taller person trying to get in – best watch your head.

A single trim means a single engine choice, and you can probably guess what it is – that’s right, VWs venerable 2.0L TSI turbo four-banger is here, good for 268 hp and 258 lb-ft of torque, fed to all four wheels (when needed) through an eight-speed automatic gearbox. It’s a smooth-shifting unit, but it’s too bad VW decided to eschew the seven-speed dual-clutch auto they were using in development; I’ve driven other cars with this transmission before, and it really is a whip-crack affair. VW insists, however, that the smoother operation of the eight-speed we do have is more in keeping with what the Arteon is all about.

Still, the shift paddles do a nice job of hustling the transmission through its ratios, which in turn provides some snappy acceleration almost as soon as you tip in. There’s even a pleasing growl from the engine when you really get on it, something that can’t always be said for turbo units. Acceleration is good, especially if you’ve selected the “Sport” driving mode, done two ways: by pressing a console-mounted button either repeatedly to cycle through the modes; or just once, which brings up the drive mode screen on the main display. That’s at a stop; in-gear acceleration is also good, with peak torque arriving at just 1,950 rpm.

The Arteon comes standard with VW’s dynamic chassis control, which adjusts the dampers depending on which drive mode you’re in, as well as the driver inputs. The result is some great body control over undulations and through repetitive turns, as the dampers, springs, and wide track work in concert to keep you planted. I could have used a little more steering feel, however, but that’s likely only something a manic driving enthusiast like me would really worry about in a car like this. Still, though, it needs to be said as the Arteon does have a bit of a sporting nature, what with the whole four-door coupe thing going on.

While the ride is quite quiet and smooth over nice roads and highway, I found myself asking again and again for more composure over sudden severe bumps as well as smaller, repetitive ones. There’s more cowl shake than I expected, which is what can happen when you have frameless doors like the Arteon does.

In addition to the stuff included in the driver assistance package, the Arteon comes standard with adaptive cruise, blind spot detection, high-beam control, rear traffic alert, and hill start assist. That’s all great stuff, I just wish the rear-facing portion of the back-up camera was better; the fisheye effect you get as objects get closer is bad enough that it becomes tough to judge just how far away you are from the object behind you. Another good argument for opting for the self-parking feature, that’s for sure.

We saw 12.1 L/100 km during our mixed-used test, although that was a number that dropped to below 10 litres per on the highway, which I have no problem accepting.

While the single trim may raise some red flags in the value department, it comes well equipped for under 50 grand. Adding the two packages does bring it above the $50,000 mark, however, so bear that in mind. If I had to pick one of the two? Well, the park assist does really affect the Arteon experience, so that’s the one I’d recommend.

Then again, the R-Line package adds those wheels I love so much, because they are just so indicative of what the Arteon is all about, and that’s a spot of high-class grand touring for a fraction of the price of what you’d spend for a true-blue GT car. I think it’s a fantastic effort by VW and while certain aspects – mainly the ride – do let it down a little, it wasn’t enough to tarnish my week with the car. Can the same be said for when the novelty wears off a little over the long term? I can’t say, but by the looks of things, it’s a risk I’d be willing to take. 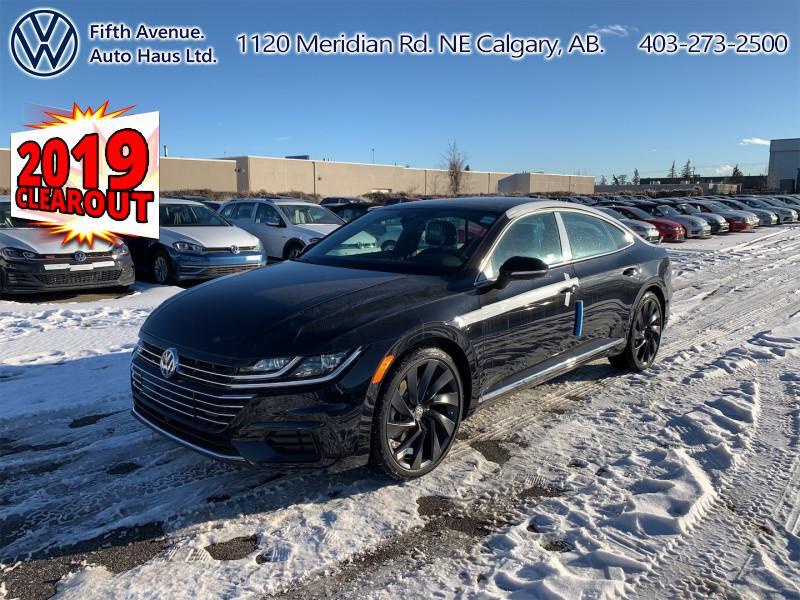 About Dan Heyman
Dan Heyman is a car guy through-and-through, ever since his first word was “Toyota”. Dan has worked as a full-time automotive journalist since 2010.
Follow me
You may also like
8.2