The all-new 2019 Mazda3 knocks it out of the park with upscale looks and a game-changing cabin that outshines many other cars costing thousands more. New features and tech abound as well.

This one’s a near no-brainer.

The latest Mazda3 makes a great first impression, and backs drivers up with pleasing dynamics and appealing pricing. Those after a pleasant-to-drive fuel-saver – that feels and looks pricier than it is – will want to give it a look; though some fussy interfaces and safety systems might tarnish the appeal.

My mid-line GS tester made a killer first impression via a deliberate lack of unpainted body panels or cheap plastic close-outs. A quick glance draws interest to the shapes and colours used to accent the body, and the polished and complete overall look. Few machines for the money show so few low-budget touches.

Don’t miss the new, chrome-lined serious-face fascia: even your writer, who finds chrome to be hideous on a good day, appreciated the tasteful use of a thin chrome ribbon to visually tie the Mazda3’s entire mug together.

Styling is similarly well-executed on board. The word “game-changer” comes to mind. It’s sopping with upscale touches (literally, and figuratively). The leather steering wheel is of no lower quality than the one you get in $60,000 BMW 3 Series these days. There’s stitching everywhere – usually, not just one line, but two.

There’s convincing faux leather lining much of the dashboard and the top edges of the centre console. The last $60,000 Acura I drove didn’t even have that. Ditto a $125,000 Porsche Cayenne from recent memory.

Flowing aluminum accents, a shapely dash, and glossy accenting help create a subtly inviting feast for the eyes. Designers even sculpted the central screen border to flow more nicely with the dashboard – making it look less like a glued-on afterthought.

More broadly, the shapes and colours all seem to serve a purpose, and all switches and controls feel modern and high-end. If there’s a more premium-looking, premium-feeling cabin on this side of about $40,000 today, I don’t know what it is. And this is a $23,000 car.

On that note, if you happen to be after a luxury car primarily to have a nice place to sit while you drive, I may have just saved you about 17 grand. You’re welcome.

The Mazda3 GS includes little short of the market’s latest safety features and technologies, including various driver support systems designed to make the car handle better, respond more quickly, and to make things easier to control, even in inclement weather conditions. Radar cruise, blind spot monitoring and a high-resolution back-up camera were included. Ditto a set of excellent headlights that stack up with the very best in the segment today (Corolla, Kicks, Jetta).

Still, those set on a Mazda3 with adaptive cruise are advised to spend a good portion of their test drive confirming that they’re comfortable with the system’s operation. I was not. Reason? Many competitor systems operate more smoothly, more predictably, and with less much less of a sense that they’re ever startled by something detected up ahead. After a few more abrupt and strangely-timed stabs at the brakes or throttle than I like, I wound up taking a break from the semi-autonomous stuff.

Up front, expect adequate space for two average-sized adults, as well as relatively easy entry and exit. Larger drivers may find the cabin comfy-snug, and taller drivers will likely be left wishing for a bit more knee and headroom. The average among us will pretty much find it just right.

At 5'10" with an athletic build, I found the Mazda3’s rear seating to be sufficiently spacious, nothing more. For a roomier rear seat, a Civic or (especially) Jetta may work better for you. The new Toyota Corolla Hatchback is very similar in roominess to the new Mazda3, if memory serves. Hopefully that’s useful for you to know.

The Mazda3’s trunk is flat and wide and deep, easily loaded and unloaded, and won’t likely cause you any stress due to its size. If it does, a hatchback is available. The trunk in the sedan can, however, be super-annoying to use: there’s no trunk release on the trunk itself, and if the engine’s running, you can’t use the keyfob to open it either.

“Haha, sucker! Walk back up front and push the button on the dash, like a doofus!” the Mazda3 says.

Though my tester included numerous high-end features, systems, and interfaces, shoppers should plan on spending some quality time with each, as well as the owner’s manual, before their use becomes second nature.

Helpful on-screen infographics keep drivers up on the workings of the advanced safety systems, and the driver computer can call up numerous displays with a simple button press. Safety systems can be turned on and off with relative ease, though not as easily as some competitors. This may be a factor for you, if you’re planning to use the systems briefly and occasionally as you get used to their operation.

The central command system has good graphics, a simplistic design, and features the latest in smartphone connectivity (Android Auto, Apple CarPlay) for added functionality. Still, use of the central screen requires manipulation via a control knob and buttons mounted next to your thigh on the centre console. This can be less distracting than touchscreen systems, though it’s less straightforward to use in some situations. I found myself struggling occasionally with the interface, even after a week.

Thankfully, you needn’t use much brain power to operate the lights, high-beams, wipers, or climate control system, as these are all fully automatic. Set it and forget it.

Though my tester didn’t provide much in the way of segment-exclusive feature content in the gadgets department, it did come strongly equipped and finished with a few delightful touches that help dial up the score. These include the aforementioned trunk closer handle, the inclusion of blind-spot warnings on the instrument cluster display, easy access to generous at-hand storage and recharging ports, and the nifty little in-dash animation that greets you every time you start the engine.

Also notable is the adaptive cruise control system, which pauses – but doesn’t cancel out – when drivers press the clutch to shift gears.

With a 2.0-litre four cylinder and 150 horsepower, my tester’s powertrain was more keenly focused on serving shoppers concerned primarily with smooth operation and excellent fuel economy. Driven gently, the engine emits little more than a pleasingly smooth hum, and provides better low-rpm response than expected, given the output figures.

The average driver will find the Mazda3’s base engine to be sufficient in all areas. It’s quieter and smoother than the engine in the new Corolla, too – though it can’t match the available turbocharged engine in the latest Civic for overall punch.

Drive hard, and the Mazda3’s engine is mostly smooth in operation and restrained in sound – though it does get a little noisier and harsher than some will like as redline approaches.

Note that the Mazda3 is available with an up-level 2.5-litre four-cylinder, good for about 30 more horsepower, if you like. All-wheel drive is also available on the new Mazda3 for the first time this year – but only with an automatic transmission.

My tester’s ride proved soft where it counts, taut where it matters, and largely served up a nice blend of comfortable and sporty. On badly decayed in-town roads, a durable and tough feel is generally imparted – though larger bumps can coax higher-than-expected levels of noise from the suspension. If your local roads are largely pothole-covered, you’ll likely find the Subaru Impreza or VW Jetta to deliver the best ride on these surfaces.

The Mazda3 rides about two-thirds of the way towards the sporty side of the soft versus sporty spectrum. It’s sporty without being uncomfortable; and it takes nicely enough to rougher roads, without riding like a big ol’ jello cake.

In most driving, the overwhelming sensation from most parts of the Mazda3 is one of solid smoothness. Steering self-adjusts nicely to your speed – lightening up for parking, but thickening up at higher speeds for a bigger bite into its position between the lines.

The shifter and clutch are sports-car-esque – with a heavier, notchier shifter than the norm delivering a smooth and solid action, and a clutch that’s got just enough springiness and bite to feel athletic, but not labour-intensive. If you prefer a manual transmission that’s pleasing and involving, rather than mushy and vague, you’ll like this setup (as well as the one in the new Corolla Hatchback, in any likelihood).

Driven hard around your favourite winding backroad, the Mazda3 feels tidy, composed, and confident. Minimal tire noise and quicker-than-expected responses to your inputs help the car feel eager to please, and some trick electronic enhancements to the handling and steering work towards a more-precise-than-average feel when driven by your inner teenager.

Brakes perform well when called upon for a fast stop, and pedal feel is on par with any of the segment’s sportier models – specifically because they bite with pleasing urgency from an initial prod of the pedal, and prove easy to modulate thereafter.

You saw the word “feel” a lot in this heading. And here, the engineers seem to have spent a bit more time than compact-car engineers often do on getting that feel to be as just-right as possible.

Strong fuel economy ratings will attract many a shopper – though your results may vary from the rated figures, based on numerous variables. My impressions of the Mazda3’s fuel economy during my particular use case were positive: it’s got a small tank, but it also sips fuel on the highway.

Owners can expect something like 10 hours worth of highway driving on a single tank, and stops to refuel are quick and cheap.

Commonly, in cheap cars, you can quickly find one or more things that make that car look (or feel) cheap. Conversely, the latest Mazda3 mostly looks and feels pricier than it is – and not just by a couple of bucks. If design, style, delightful touches, and a beautiful cabin are important to you, put this one on top of your test drive hit-list (with the Jetta, Corolla, and Elantra behind it, arguably in that order).

For the money, you could buy a faster car, a roomier one, or one with a longer list of equipment. If you find the Mazda3 sufficiently roomy for your people and things, and especially if you think world-class styling without the world class price-tag sounds pretty swell, this one’s a near no-brainer. 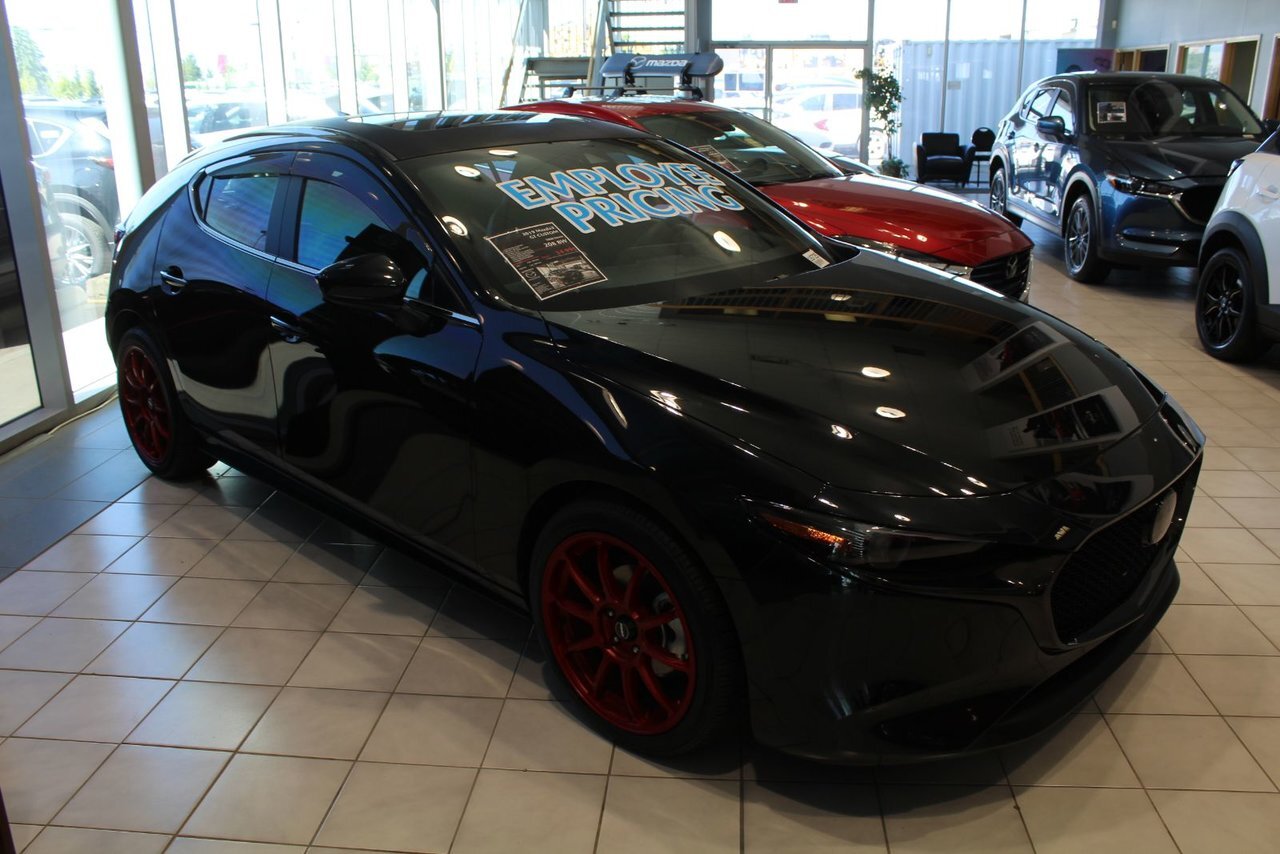 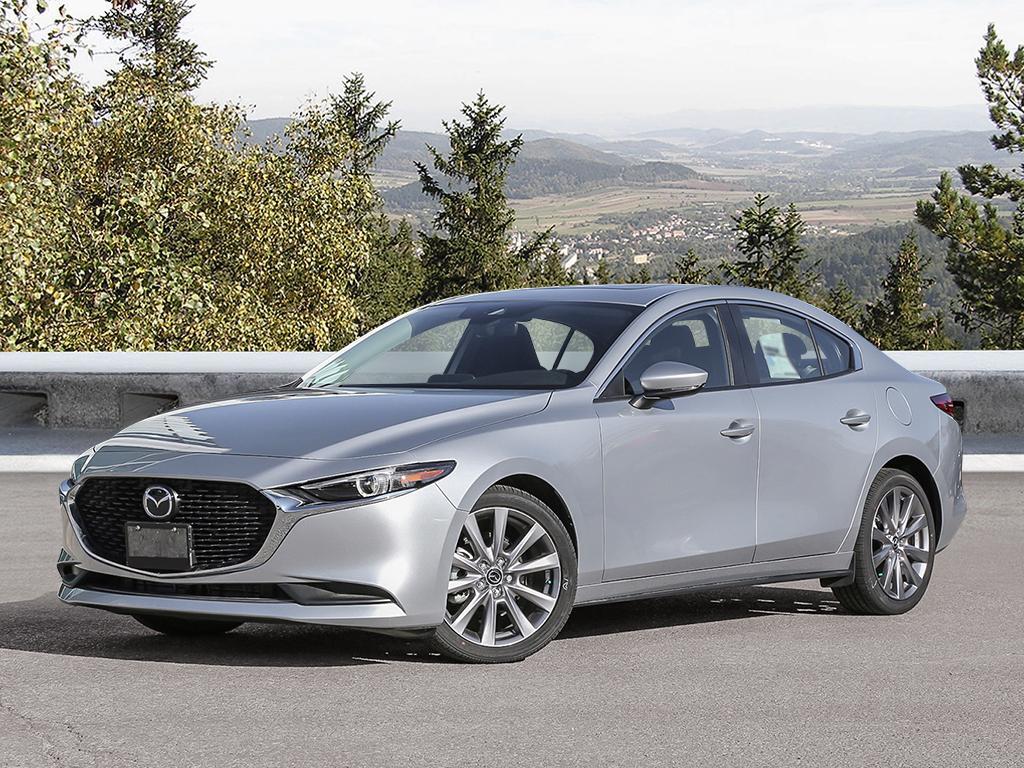