We should all do our part to help the environment. But, thanks to urban sprawl, public transit comes nowhere near my home, so in the interest of being a good eco-warrior, I think I should drive a new Mercedes-AMG.

Yes, but this 2019 Mercedes-AMG CLS 53 is kinda, sorta electrified, and electric cars are here save the environment, right?

The AMG “53” cars, such as the CLS 53, have an extremely interesting and clever drivetrain. Fitted into the bellhousing between the AMG Speedshift nine-speed automatic transmission and the engine is a 48-volt integrated starter generator system that powers a supercharger (no belt here) to add 21 horsepower and 184 lb-ft of torque to the also-turbocharged six-cylinder engine’s output. Power is set at 429 hp, while torque tops out at 384 lb-ft.

The last CLS 63 I drove a few years ago had a large V8 stuffed under the hood, and dispensed with over 500 horsepower, suggesting this new CLS 53 would be a huge let-down, right? Not at all. Despite being short a pair of cylinders and a bunch of displacement, the complex system produces so much usable thrust that the real-world acceleration feels just as impressive as the older, burlier cars. In fact, because the power comes on so early in the rev range – and the peak toque is held flat from 1,800 to 5,800 rpm – there’s a lag-free immediacy that even the big-engine cars couldn’t hope to possess.

The engine itself is all-new, as well, with a 3.0-litre inline-six-cylinder engine serving as the heart and soul of this CLS. Aside from BMW, most other manufacturers – including Mercedes – gave up on this format of engine decades ago in favour of easier-to-fit V6s. Admittedly, it’s a bit strange hearing the snarl from an I6 in a Mercedes, but it’s no less pleasing than the V8s of yore, just different.

And if you’re looking for the plaque with the signature of the speed guru from AMG who hand-built the engine, well, there isn’t one on these new mills. (sigh)

During a week of driving, I was rarely kind to the throttle pedal, stomping on it whenever I could to feel the wicked thrust (power is addictive), and despite this, the trip computer showed my average consumption for the week was less than 9 L/100 km, thanks to the amount of highway driving I did.

A car this powerful and exciting isn’t usually so efficient too, so the AMG folks have seemingly given up nothing in trade between efficiency and performance. And with the generator buried deep within the drivetrain, the engine stop/start function is the most seamless application I can recall.

Although sharing its basic architecture with the mid-size Mercedes E-Class sedan, the CLS is actually larger than its stablemate. A car measuring five metres in length is not a small machine, and with that size comes mass; in this case, over 2,000 kg. Despite that, the CLS 53 drives like a proper sport sedan. Steering is quick and sharp, and the handling is excellent, though the ride is quite stiff even with the adaptive suspension set to “Comfort”.

AMG’s 4Matic+ all-wheel drive system is standard and is tuned to be a more engaging set up than the all-wheel drive systems in other Mercedes models. Up to 100 percent of the power can be directed rearward, ensuring the front tires only need to be called upon for drive duties when it’s absolutely necessary for maximum grip and thrust.

Braking feel suffers a bit due to its energy regeneration requirements, but the binders are nevertheless strong and can haul the big Mercedes down from speed with ease.

The first-generation CLS four-door coupe was both controversial and undeniably attractive. The formula essentially called for an E-Class sedan that was stretched and squashed to make a longer, lower, and meaner-looking machine. It’s also longer, lower, and wider than its brand-new cousin, the AMG GT four-door coupe, with which it shares a lot of styling traits (not to mention its drivetrain) and really makes me question the need for both machines in the Mercedes lineup.

Nevertheless, this newest-generation CLS is smoother and cleaner than earlier CLS generations and has far more presence in real life than has been captured in these photos. It’s a great-looking machine from every angle and my press car’s silver paint was stunning (and wholly appropriate).

Inside, the CLS is a lovely blend of E-Class coupe and sedan features and finishes, with the dark, open-pore wood trim having been brushed with silver for a particularly unique and fetching look.

The splendid styling does compromise the practicality of the CLS 53. While previous generations were strictly four-seaters, the new car sprouts a seatbelt and middle spot in the rear for a fifth passenger, though with a driveshaft tunnel eating up a place to put one’s legs, only those who draw the short straw should sit there.

Watching my burly, six-foot-tall colleague contort himself to fit in through the CSL’s rear door opening with its severely raked roof-line was extremely entertaining. That is, until I had to stuff my own body into the driver’s seat. The very low roof, coupled with front seats that have aggressive side bolstering meant that even my skinny frame had to twist and shimmy to get in to the car. Those of generous girth would do well to carefully consider if this is the right car choice.

Unlike the hatchback AMG GT four-door, the CLS has a traditional trunk that also limits its functionality. However, at 490 L, its cargo capacity is decent for a “personal luxury car” like this.

Once occupants have negotiated their way into the CLS’s seats, it’s a fantastic place to be, making the big sedan– er, “coupe”, a good grand touring machine. The front seats on my press car were optioned up with Mercedes’ active bolsters that squeeze in gently during cornering. It can catch you off-guard at first, but I quickly grew to like my little hugs from the CLS.

The front seats were also heated (as were the armrests and steering wheel) and cooled, too. Plus, they featured several different massaging functions with the “Wave” setting being my favourite, kneading its robotic fingers all the way down my back.

The large turbine-like vent openings move a lot of air through the cabin, and there’s also an ionizer and air freshener that was set to an eye-wateringly potent setting when I picked up the car (it can be turned off altogether).

The materials, textures, and touchpoints throughout the cabin were all first-rate and befitting a car costing six-figures, which of course, this CLS 53 is.

The Mercedes Comand infotainment system is the brain centre of the driver interface with the CLS. Operated via the central control that features both a rotary knob and touchpad, the system is fairly easy to operate, flowing through linear menus and functions intuitively. Apple CarPlay and Android Auto are offered, as is a wireless charge pad, however, unlike in contemporary BMWs, the two smartphone interfaces are not accessible wirelessly.

The primary display is a 12.3-inch unit that’s brilliant and crisp, and is augmented by an adjacent 12.3-inch instrument pod display that can be configured for several different gauge and informational display set-ups. The steering wheel features a pair of mini touchpads as well that help navigate the various screen menus without needing to remove one’s hands from the wheel.

My test car also had the optional head-up display that was rendered useless by my polarized sunglasses.

In addition to the magical seats and indulgent finishes, the Burmeister sound system provides sensational power and clarity. There are 64 different interior lighting colours from which to choose to help suit any driver’s mood or fashion, and of course the nearly autonomous driving aids are present. The latter even includes an active lane-change assistant whereby if the turn signal is switched on and the car determines a lane change and passing manoeuvre is safe, it will execute it sans driver input.

Additionally, when travelling into traffic misery in Toronto, I set the cruise control at an elevated highway speed, then let the car manage distance and pace in traffic, even enabling restarts after stopping in traffic. While it still requires the driver to prove they are paying attention with occasional steering inputs, it otherwise manages the drudgery of congestion remarkably well.

Baked into a $3,000 Intelligent Drive Package, Mercedes has added a series of active safety functions such as Congestion Emergency Braking, Pre-Safe Plus and Impulse Side, plus an aggressive lane-keeping assistant that not only nudges the car back into its lane, but backs off the throttle as soon as the car is determined to leave the lane.

It can be challenging to make a car costing more than $100,000 seem like a good value. The CLS 53 is absolutely stuffed with state-of-the-art technology, from its scintillating and efficient drivetrain, to its semi-autonomous driving and active safety features. It’s a premium product with a prestige brand and an abundance of luxury features found within. The CLS 53 offers far more tangible luxury and performance than many other cars similarly priced.

But, a similarly equipped Mercedes-AMG E 53 offers greater practicality, but with the same dynamic performance for a smaller investment, giving up only the CLS’s sensual styling. For many, the fashion-forward four-door coupe will be worth the extra money, but it’s difficult to credit value to something as fickle as style.

The 2019 Mercedes-AMG CLS 53 is an outstanding overall package. It’s beautifully styled inside and out and chock-full of amenities and luxury, making it a decadent place to rack up mileage. It is also fast and exciting to drive, making it a true sport sedan. Best of all, it puts its technology to very good use, making a convincing case as an efficient, and environmentally responsible choice in the luxury car realm. 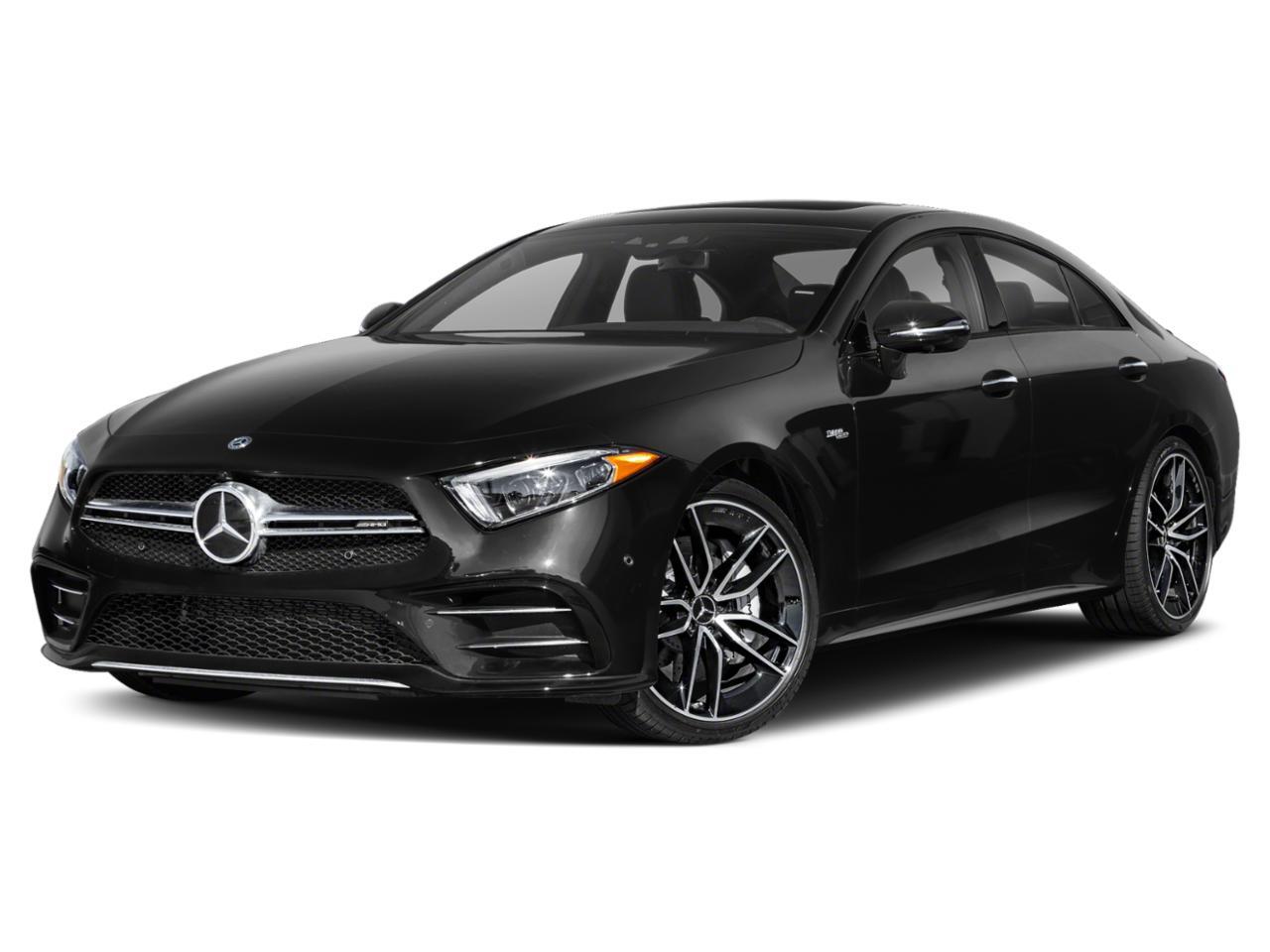 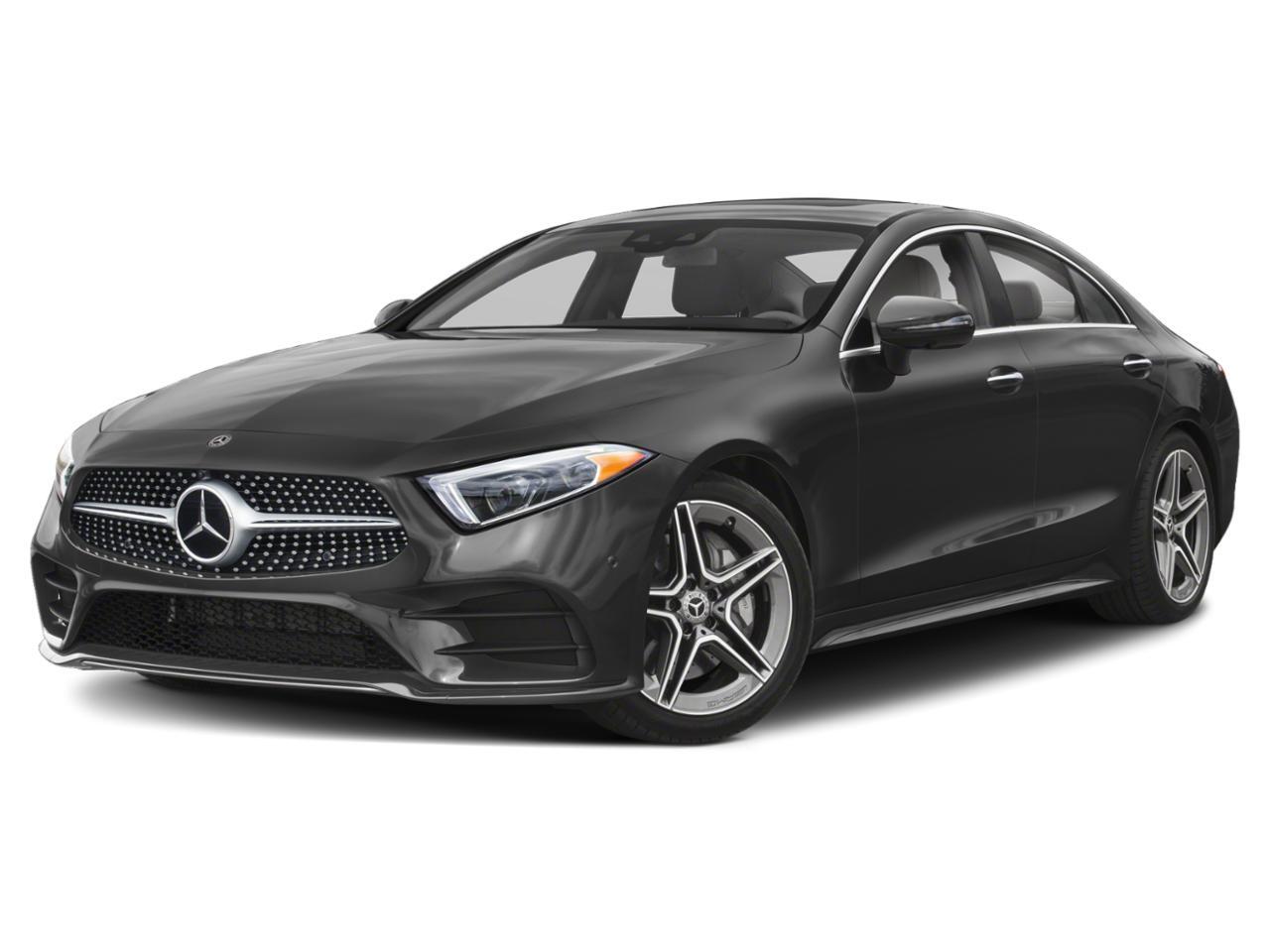 About Jeff Wilson
Jeff has been an automotive and motorcycle journalist for nearly a decade, but his passion for cars and bikes stretches back to his childhood. A member of AJAC, Jeff has also served on its board of directors, and has won multiple awards for both his writing and photography. When chasing his automotive dreams, Jeff also divides his time between being a father and a television producer with an internationally acclaimed, Emmy-nominated production team.
Follow me
You may also like
8.1