Subaru's all-new Forester looks a whole lot like the last-generation Forester. But, with the exception of the BRZ, it's the only Subaru in the last decade or two that doesn't feel like a Subaru. If you're a long-time Subaru owner, that might not necessarily be a good thing, though if you're new to the brand then the 2019 Subaru Forester might be exactly what you're looking for. All that, along with some active safety features that might do better than most to actually actively improve driver safety.

You might be forgiven for thinking that Subaru had decided, about three years ago, to send its styling department home early. Maybe for a nice early trip to the pub, or maybe in an effort to help cut costs. Maybe that's why the 2019 Forester looks all but identical to the 2018 even though it's completely new in and out. Take a closer look, though, and there are some differences. Subtle changes that add up to a model that looks different enough side-by-side. Or, maybe, more importantly, one that looks new and fresh beside the old.

This is an upright crossover, there are no two ways about it. That pays dividends inside, even if it will never end up as the most fashionable. The 2019 adds wider side grille openings, home to fog lights on higher trims. It adds a more interesting bodyline that arcs from the top of the now much more prominent front wheel arch and gently curves back into the C-pillar glass. Then at the rear, there are C-shaped taillights that cross the gap into the hatch, making for a wider hatch opening and a light that looks better integrated.

The Forester offers one of the most innovative active safety features I've ever experienced. One that I think can do a better job of actually increasing safety than most driver aids. It's called DriverFocus Distraction Mitigation. There's a sensor above the second centre-stack info display that keeps an eye on you. Spend too much time looking away from the road and it beeps at you. Even with polarized lenses. So you can use your phone, but beware the warning beep and the in-dash warning to keep your eyes on the road! In other words, don't use your phone. I just wish it was offered on all trims and was more insistent.

Apart from that bit, which is only on Premier, EyeSight on the rest of the line offers pre-collision braking with brake assist and throttle management, adaptive cruise, lane-departure warnings, lane-keeping, and even a beep to tell you if traffic has started moving again. All work well, though Subaru's beep when a vehicle leaves the adaptive cruise sensor is mildly irritating.

This Forester Premier ticks all of the boxes. 18-inch alloys, steering responsive headlights, a Harman Kardon audio system using an 8.0-inch infotainment screen and Apple CarPlay and Android Auto, plus four USB ports to start. And my favourite steering-wheel paddle of them all, the one that Subaru uses to control the heating function of the wheel. You need this top trim to get a powered passenger seat, with the driver coming powered on all but the base model. Making sure passengers have just as much comfort are heated and reclining rear seats.

Subaru's infotainment system, while quick in operation and including navigation, has some strange quirks. Most notably, when you turn off the ignition and the infotainment stays on, Android Auto and CarPlay do not. So it swaps from whatever it was you wanted to listen to on your phone to whatever radio station you last had on. Often at a much different volume level. Similarly, if you had it on mute when you turned the car off, it will come back on with volume. So if you want it off, keep it turned down and off.

The large sunroof extends well into the rear seat area but has a manual shade. Which means unless you have long arms and sit very far back, be careful how far you open it. You might not be able to reach the shade to pull it shut later.

Subaru offers up the Premier trim with a warm-looking brown leather that helps brighten up the cabin along with a light-colour headliner.

This is a big box with a tall roof. That means loads of headroom, easy ingress and egress, and plenty of space for all of your stuff. 935 L with the seats up and 2,008 L if you fold them all flat. That's as much as many crossovers a size up from this one. There's also a low load floor making it easy to put stuff in the back.

If you're trying to turn off the EyeSight system, then you might be baffled by the nearly dozen buttons to shut off all of the various systems. So leave them on.

Otherwise, the touchscreen is easy to use, with easy-access physical buttons below and physical controls for all of the climate functions. Discerning which buttons handle the in-dash info screen and which adjust the top centre-stack display can take some getting used to but it works well once you've got it sorted.

Subaru continues to be different, using a 2.5L flat-four. With 182 hp and 176 lb-ft of torque, this isn't the quickest little ute, but it's quick enough. It pulls hard throughout the rev band and the CVT is very quick to get the revs up to help it make the best of the engine. The Subaru CVT is the best around. Quick to respond and has none of the rubber-band effect others are prone to. Most impressively, it manages just enough faux-shifts to avoid droning without trying too hard to feel like a conventional automatic and thus being less efficient.

The engine's one flaw, though, is its noise, vibration, and harshness. It's loud and rumbly, especially on cold starts. The sudden spring to life from start–stop torques the Forester over like a vintage muscle car.

It doesn't have the adjustable thigh bolsters of the Ascent that I love, but the Forester has plenty of head and legroom in both rows, along with an excellent seating position. I could sit here comfortably all day without issue.

I said earlier that this Subaru doesn't feel like one. The brand's trademark is suspensions that feel soft initially but firm up. Absorbing bumps and potholes while still being agile in corners. With steering that does the same. This one is stiffer, and it feels more like the rest of the segment than it does other Scoobies. It handles well, thanks to that extra stiffness and direct steering, but lacks some compliance on the bigger bumps. Long-time Subaruers might not like the new feel, but buyers coming from other brands should feel at home more quickly. I'd prefer the crater-ready ride of previous offerings.

With always-on all-wheel drive, the Forester could take a fuel economy hit compared with the competition, but instead offers figures near the top of the class. And my mixed driving averaged 7.8 L/100 km, which is quite good for any crossover.

This crossover offers loads of stuff, including innovative EyeSight features. While it's hard to call any $40,000 small crossover cheap, this does represent good value when you look at the competition.

This doesn't ride like the other Subarus, but it definitely looks like one and sounds like one. It offers loads of cargo space, all the latest safety features, and good fuel economy. And while it might look the same as last year, there are lots of detail changes for buyers to pick out during their ownership. This is a very solid crossover from Subaru that's likely to have appeal beyond the brand's usual buyers. 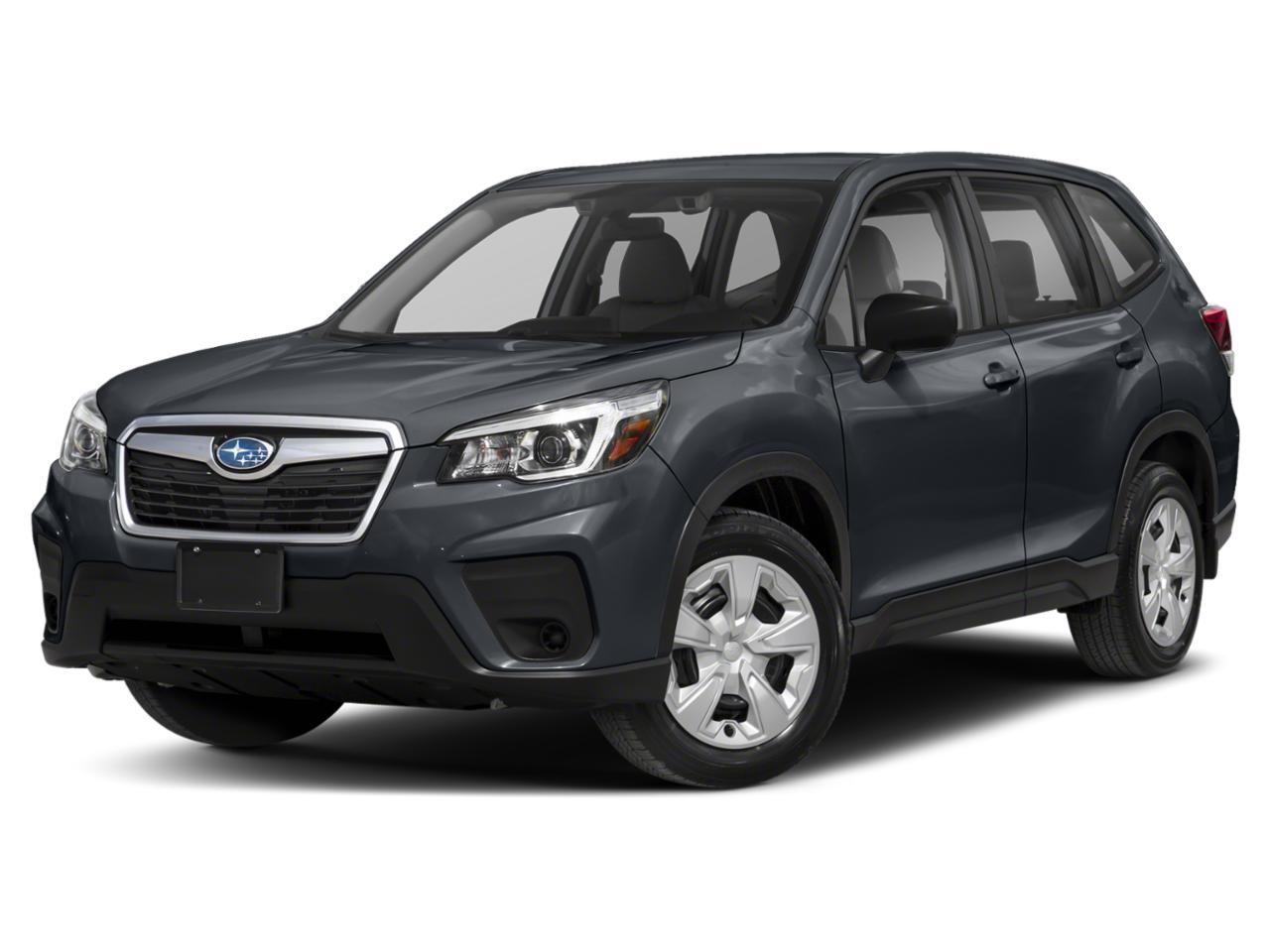 About Evan Williams
Evan has been covering cars for close to five years, but has been reading about them since he was 2. He's a certified engineering technologist and a member of AJAC. If it moves and has an engine, Evan's probably interested in it.
Follow me
You may also like
7.5