The automotive equivalent of bringing a bazooka to a knife fight, the Dodge Charger Hellcat Redeye can be considered to be well, a bit overkill as a grocery-getter. It’s also in a higher snack bracket than most people are looking to spend. But sometimes being a grownup means making grownup decisions, which can mean taking things like fuel economy and speeding tickets into account when car shopping. Starting at $42,245 quipped with all-wheel drive, the 2019 Dodge Charger SXT offers a lot of bang for the buck for those who appreciate the Charger’s stunning good looks and old school style.

I can’t help but think, “Damn, that’s a good-looking car.”

Styling is subjective, but it is my personal opinion that the Charger is one of the best-looking sedans on the market. Even more so in F8 Green Metallic and when outfitted with the Blacktop Package, which includes the satin black rear spoiler, blacked out trim and badging, 19-inch wheels for a price of $595. The $775 Driver Convenience Group package adds HID projector headlamps and a universal garage door opener.

The $1,895 Technology Group would be the first box to unclick if I was configuring my own Charger. Featuring advanced brake assist and forward collision warning with active braking, the system was overly eager, to put it mildly. When a slower-moving vehicle pulled into my lane – one I intended to change lanes to pass – an audible alert was given and the brakes were abruptly applied on my behalf, as if there was an over-zealous driving instructor in the passenger seat with a pedal of their own.

The $2,495 Customer Preferred Package offers a large selection of amenities, including a larger 8.4-inch infotainment touchscreen, heated and ventilated Nappa leather seats up front, heated seats in the rear, heated steering wheel, premium stitched dash panels, and blind spot and rear cross-traffic detection, bringing the final price tag to $53,055 with delivery charges. Not cheap, but it does offer a lot for the money.

The lighting signatures are top-notch and always catch my attention in the dark. Every time I see one, night or day, I can’t help but think, “Damn, that’s a good-looking car.” Over the course of a week with the vehicle, my affection for its exterior design did not diminish one iota. But there’s more to life than just good looks, or so my mother tells me.

As with other FCA products I’ve driven, the lane-departure warning is maddening and completely unnecessary. It beeps loudly when you signal to change lanes, it beeps loudly when you’re sitting at a streetlight – basically it beeps anytime you have your turn signal on and a vehicle passes through your blind spot. Not only does it have zero regard for Duane Allman’s guitar solos while it overrides the stereo volume, it is also loud enough to wake a sleeping baby, which isn’t good for anybody. It’s really beeping annoying. Unfortunately, the packages are bundled in such a manner that you don’t have much choice if you want a heated steering wheel and ventilated seats. 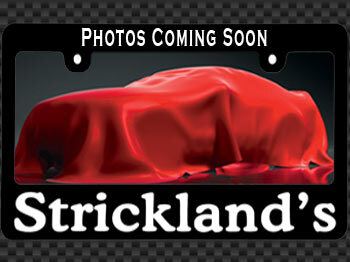 The SXT’s 3.6L VVT Pentastar V6 is good for 300 hp and 264 lb-ft of torque, mated to a TorqueFlite eight-speed automatic transmission with Autostick. I would describe acceleration of the 1,900 kg (4,188 lb) sedan as… adequate. And not overly quiet. I suppose it’s not so much how quickly it accelerates, but how briskly it could accelerate if you checked a different box on the order sheet that left me unfulfilled.

Following a slew of premium German crossovers and hot hatchbacks over the last few months, getting behind the wheel of the Charger felt like going back in time. It’s a different car from a different era. That is a compliment. Unlike many other manufacturers who are curiously and frustratingly attempting to complicate the switchgear process as much as possible, the Charger retains the smooth, predictable, intuitive, and functional gearshift. Each gear is located where it should be and engaging manual shifting simply involves bringing the lever towards you (as it should be) and pushing forward to drop a gear and back to raise a gear. Easy. It was a refreshing experience after months of driving vehicles that confuse what should be a simple task.

Much of the Charger’s ergonomics function in the same, predictable way. Rather than wasting time searching for the hood latch, gas cap, or trunk release, they are all where you’d expect. How novel. The trunk is large (it’s not a small car) and the rear seats fold down for even more space. The gauge cluster features a classic speed and tachometer that you can actually read, as well as a 7-inch in cluster display that lets you prioritize speed, fuel economy, or performance information. Suspension is supple with a priority on comfort over handling. It is an easy car to get accustomed to and even easier to live with.

My old man has had a number of noteworthy car-related idioms and anecdotes over the years. Among the most memorable was upon his disbelief of the diminutive size of a Smart Fortwo, remarking, “I’ve driven bigger golf carts, but even they had enough room for my golf clubs.” Another gem of worldly wisdom was bestowed when I arrived in the Charger SXT for family dinner. Knowing full well that the chassis is capable of the withstanding the pavement-scorching, tire-shredding performance of the 797 hp Hellcat Redeye, upon hearing that this particular model was outfitted with a V6, he shook his head as he quipped, “Buying a 300 hp muscle car is kinda like kissing your sister, isn’t it?” While I’m not entirely certain what he meant, I’m confident that he was questioning why one would buy a V6 when you could get a fire-breathing supercharged V8. I’ll go on record as saying that nobody really needs a V8 and furthermore not everybody wants one. Keep in mind, this is coming from someone who owns one, and will continue to do so, as long as he possibly can. Full disclosure: I also don’t have a wife or kids, so I have disposable income and can do what I want.

If I was doing the configuring with my own hard-earned money, I’d drop the techno nannies in favour of the Scat Pack 392, but to each their own. Picking the entry-level SXT package is akin to drinking light beer. If may get you to the same place, but not as quickly and you won’t have as much fun doing it. How much power do you need and how much power do you want? The Charger can easily satisfy both of those needs quite handily. The potency is up to you.

About Dustin Woods
Fascinated by anything with an engine since he was old enough to walk, Dustin has been crafting automotive news, reviews, and travel content for over 14 years. He holds an Honours Bachelor of Arts in Communications Studies and English from Wilfrid Laurier University and a post-graduate certificate in Broadcasting from Humber College. Dustin is the Associate Editor of autoTRADER.ca, a member of the Automobile Journalists Association of Canada (AJAC), and a doting cat dad.
Follow me
You may also like
8.2