It’s tough to find a car better equipped to handle the wild extremes of a Canadian winter.

After coasting through an unseasonably warm and dry December and early January here in southern Ontario, the weather took a seriously nasty turn recently, and wouldn’t you know it, it did so right when we had a sassy red 316 horsepower sport sedan booked.

No matter, this particular sporty machine – a 2019 Volvo S60 R-Design – comes from Volvo, a Swedish company (sort of) and if anyone knows a little something about fierce winters, it’s the Swedes. It’s sort of Swedish, because it’s actually the Chinese (Geely) who own Volvo now, but they’ve been wise enough to infuse a load of cash into the company and let them do what they do best, which is making safe, solid, and often turbocharged cars and SUVs for a global market.

To complicate things further, this Chinese–Swedish car is actually built in South Carolina at Volvo’s new plant northwest of Charleston.

Where it comes from doesn’t really matter much here in southern Ontario, where temperatures have bounced between –20 and 8 above and back down to –20, with some added snow, all within the last week. Our S60 was unfazed by these signs of climate change thanks to a great set of Michelin winter tires working in concert with Volvo’s excellent all-wheel drive system, affording more traction – and fun – than expected.

Those 316 horsepower are produced by a small 2.0-litre, four-cylinder engine. Of course, the engine has help from not only a turbocharger (which is de rigueur these days), but also a supercharger. The intention is to give motorists a perfect balance between big engine power and immediacy with small engine efficiency. For the most part, it delivers – with our T6-trim car providing impressive thrust, particularly in the mid-range for speedy passing moves.

When left in either Comfort or Eco drive modes, the transmission favours taller gears, which, with a whiff of turbo lag, can take some of the urgency out of the drive. Dynamic mode turns up the throttle response and holds gears longer, keeping the energy flowing.

An eight-speed automatic is the only transmission offered in the S60 T6 and it does a decent job. Under normal driving conditions, shifts are barely perceptible, just as they should be, but when driven spiritedly, gear changes aren’t as rapid-fire as, say, BMW or Audi’s automatics in their sportiest settings.

Likewise, the handling and steering are both sufficient to provide an engaging driving experience for enthusiasts who want to enjoy an occasional twisty backroad, but the S60 doesn’t feel like it wishes it were doing track duty instead of commuting. Something like the Genesis G70 might be a better choice for drivers who appreciate fun and frisky handling.

The S60 T6 has a combined city/highway consumption average of 9.4 L/ 100 km, a figure that is slightly favourable compared with most of the six-cylinder competitors. Last year’s BMW 340i has a turbocharged six-cylinder engine that’s 50 percent larger than the S60’s and provides more power and torque, yet posts an average fuel consumption figure only 0.1 L/100 km worse. This suggests to us that Volvo could be adding more complexity than is necessary by having both the supercharger and turbocharger. 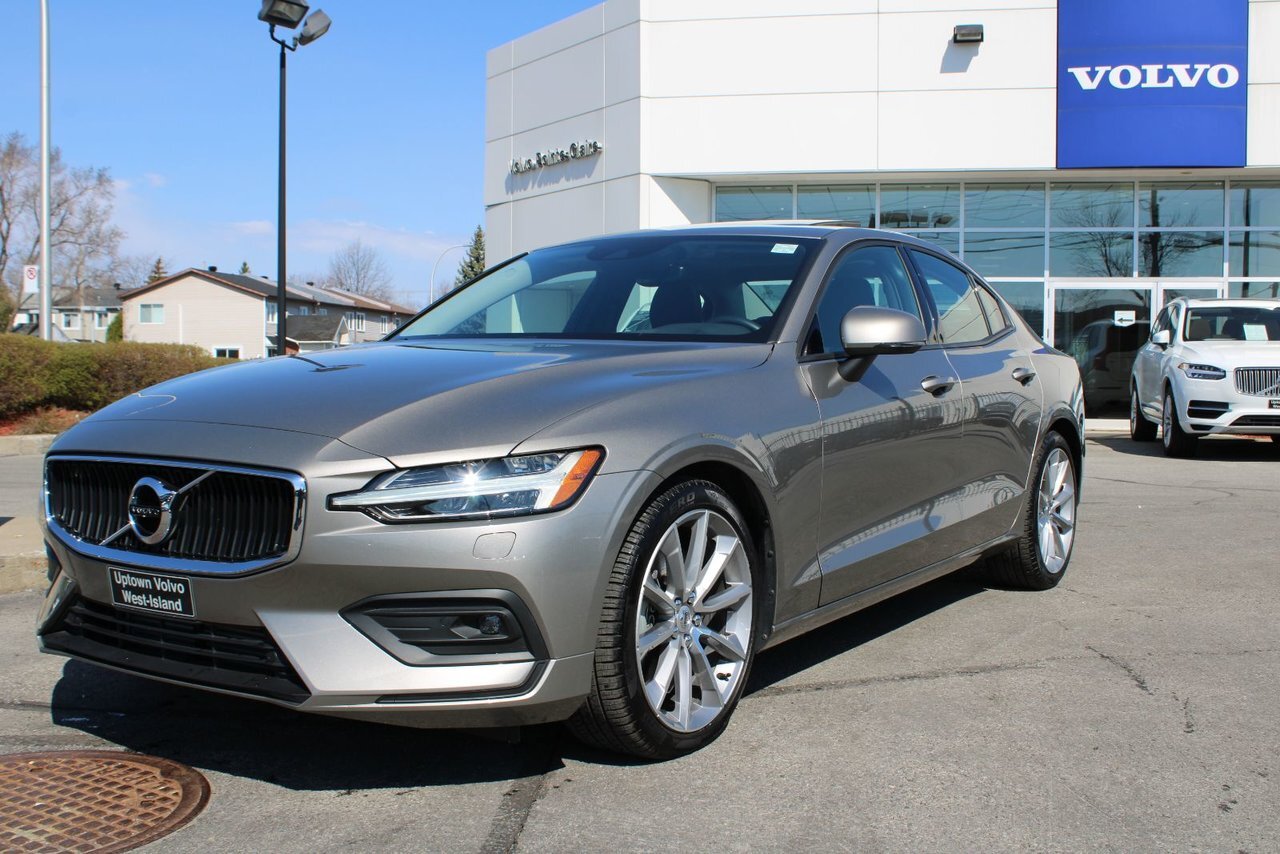 Volvo does not offer a six-cylinder engine at all for the S60. For most motorists, this won’t make a lick of difference, but there are still those who buy a sport sedan because they appreciate not only the style and performance, but the visceral delights these machines afford. Six cylinders are inherently smoother and offer a more melodic engine note. The S60 – particularly when starting up on some of those frigid mornings during our test – sounded more like a Kubota tractor than a premium luxury sedan, with a coarseness and noise that belied the expected refinement.

Fortunately, Volvo stuffs the S60 with a goodly amount of insulation and the cabin is well isolated from the uncouth soundtrack emitting from the engine bay. It makes the passenger experience decidedly premium, especially since the seats – in traditional Volvo fashion – are exceptional.

Admittedly, first impressions of the front seats had us thinking they were just too firm with the leather upholstery stretched taut across the seating surface. But, as miles and hours accumulated in the S60, we came to realize that they’re firm, but brilliantly supportive and comfortable. Plus, the seat heaters were powerful enough to nearly leave grille marks on our buns – just the ticket to counter the wicked cold weather.

The rear seats on our tester were also (optionally) heated, and passengers back there have their own slick, touchscreen temperature control and a household plug point. Plus, with a wheelbase longer than most of its competitors, rear seat space is generous, if not class-leading.

The S60’s interior draws plenty from the bigger and costlier S90 sedan including the 9-inch Sensus touchscreen infotainment system and a healthy helping of slick Scandinavian design. The R-Design trim includes Sensus Connect with on-board Wi-Fi, and the requisite Apple CarPlay and Android Auto. That connectivity is appreciated since the Sensus system is not as intuitive as it could be. What’s more, the sheer volume of data available on the screen at any time can give the driver a bit of an information overload at times, bordering on becoming a distraction.

Volvo has been known for its safety for decades and the S60 continues the tradition. Not only was our S60 full of the usual passive safety features we’ve come to expect, but a host of active safety features too, including Volvo’s City Safety Collision Mitigation system, and driver alert control.

And because it’s easier to drive safely when one can see, as part of the $1,250 Climate Package, the S60 comes with heated Aquablades that keep the windscreen clear and ice-free with wipers that dispense a uniform helping of washer fluid when called upon.

The S60 T6, AWD, R-Design starts at a competitive $52,400. Our tester was loaded up with a number of option packages, bringing the total to more than $65,000 with freight and PDI charges. Most of those options are reasonably priced, like the $1,500 Convenience Package that comes with the Pilot Assist semi-autonomous driving system. Others, like the $3,250 Bowers & Wilkins Premium Sound System, $900 paint, or the $1,150 graphical head-up display, would be easy to forego.

With sedan sales in a freefall thanks to premium car buyers who are scooping up SUVs instead, we applaud Volvo for bringing us a great, and stylish new generation of S60. But the S60 faces some stiff competition, not only from the other manufacturers’ sedans, but from within Volvo’s own garage. The S60’s wagon sibling, the V60, gives up nothing in driving dynamics, but offers more practicality and, arguably, even better styling.

For those looking for a stylish sedan, Volvo’s new S60 stands out as an interesting and unique alternative to the usual suspects in the segment. What’s more, it’s tough to find a car better equipped to handle the wild extremes of a Canadian winter.

About Jeff Wilson
Jeff has been an automotive and motorcycle journalist for nearly a decade, but his passion for cars and bikes stretches back to his childhood. A member of AJAC, Jeff has also served on its board of directors, and has won multiple awards for both his writing and photography. When chasing his automotive dreams, Jeff also divides his time between being a father and a television producer with an internationally acclaimed, Emmy-nominated production team.
Follow me
You may also like
7.7