At the 2019 North American International Auto Show in Detroit.
autoTRADER.ca (Dan Heyman)
2 of 21

At the 2019 North American International Auto Show in Detroit.
autoTRADER.ca (Dan Heyman)
3 of 21 At the 2019 North American International Auto Show in Detroit.
autoTRADER.ca (Dan Heyman)
9 of 21 Evolutionary it may be, but there’s no mistaking that Volkswagen is really trying to follow the styling ethos started by last year’s Jetta when it comes to the new 2020 Passat.

Like its smaller sibling, the Passat sleeker than previous, with an all-new fascia featuring a redesigned grille and LED headlights – these can be spec’ed to swivel for a better view around corners. The blacked-out version on the R-Design is a good look, and seems to actually fit better on the larger Passat than on the smaller Jetta. The roofline has been lowered so the new car looks better aligned with both the outgoing Passat CC and upcoming Arteon. They’ve also added a new side crease they call a “Tornado Line” to give an even lower appearance.

The wheels have also been redesigned and come in 17-, 18-, and 19-inch diameters. Their two-tone look may very well make them the stars of the styling package, along with the quad exhaust system and “Passat” scripting on the trunk lid; somehow, it doesn’t look too imposing or out of place, just elegant and perfectly sized.

Inside, the availability of optional Nappa leather as well as something called T-Rex leatherette are on-hand to appease those looking for a more luxurious feel rather than sporty. Other new interior additions include the next generation of VW’s infotainment system, dubbed MIBII – you know, like the second film in the Men in Black franchise. It provides a glass-covered touchscreen, as well as Android Auto and Apple CarPlay technology. A third system, MirrorLink, is also supported and it provides access to even more apps through your smartphone. For the audiophiles out there, an available Fender audio system will ensure that your tunes are heard in all their glory. The 2.0L TSI four-cylinder turbo engine returns from last year with the same 174 hp count. A new torque converter has boosted torque to 207 lb-ft on higher trims, and everything is fed through a single six-speed Tiptronic auto. I guess you could say that while the power levels are about average for the segment, the fact that VW isn’t providing the option for more gears – the aforementioned Jetta has eight – may be a little short-sighted on VW’s part.

It should come as little surprise that Volkswagen is offering a comprehensive set of electronic driver aids for the 2020 Passat. All cars get forward collision warning, autonomous emergency braking, and blind spot monitor. Optional features include lane-keep assist, adaptive cruise control, and park assist, which allows the Passat to park itself in parallel.

That’s all well and good, but this really is a refresh more than anything, one that focuses more on style than on substance. That’s not always a bad thing – the mid-size sedan segment can be pretty milquetoast, after all – but it’s going to be interesting to see how it stacks up with the Arteon in buyers’ eyes once pricing’s announced and it reaches showrooms later this summer. 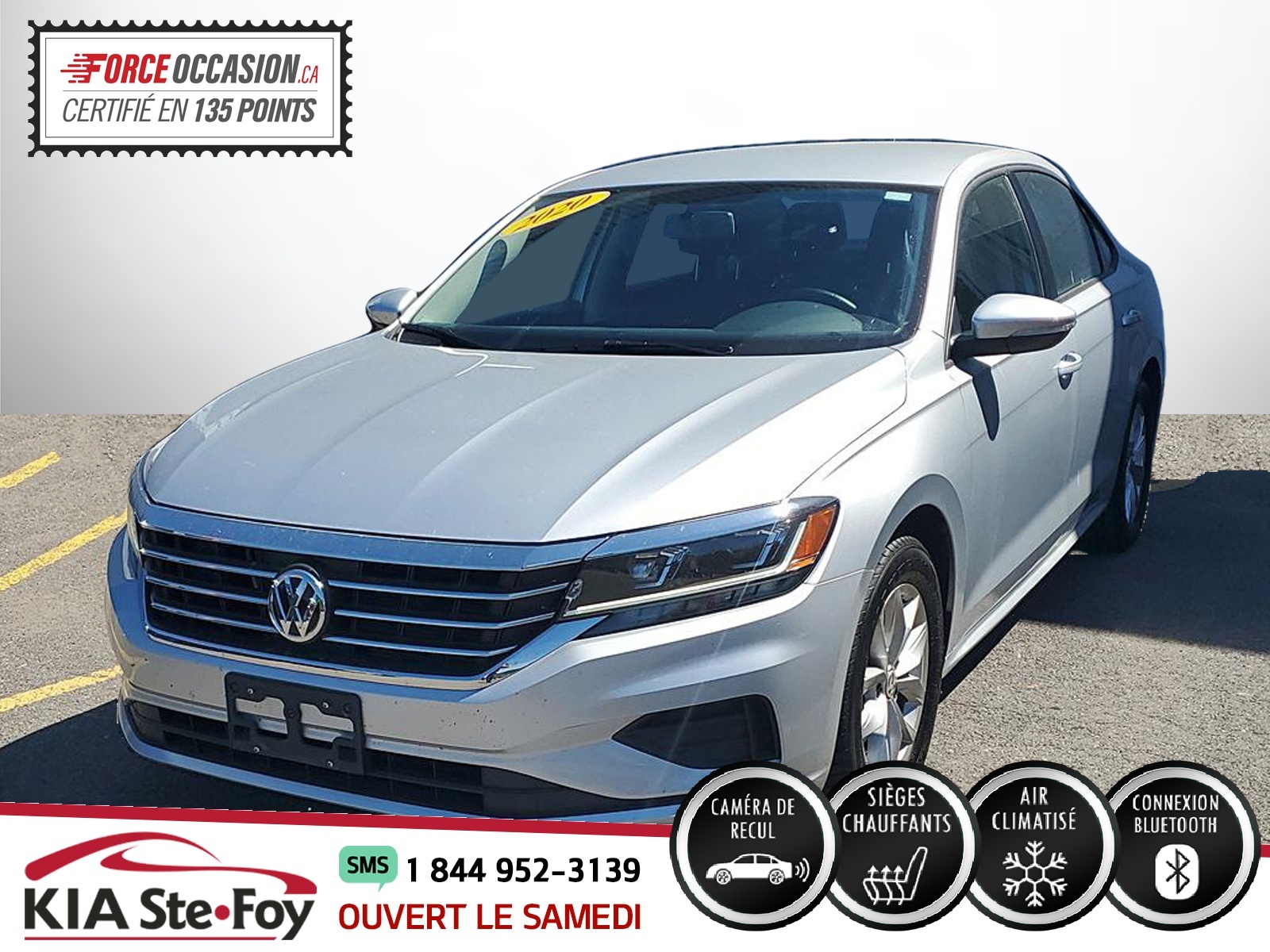