Canadians spend over $43 billion dollars annually on clothing and footwear. Most of what we buy to clothe ourselves has more to do with the fickle personal whims of personal taste and so-called fashion than the necessity of keeping one’s body protected from the elements. And anyone who’s worn a tie or uncomfortable shoes knows that fashion doesn’t always provide the most practical solution.

Lincoln’s designers have once again taken an already good-looking machine, and made it properly premium.

In the prestige automotive segment, fashion has dictated that crossover sport utility vehicles are the luxury machine of choice for most premium (and non-premium) machines, these days.

Lincoln has taken notice and focussed much of its resources on developing a comprehensive sport-utility-vehicle lineup. And while Lincoln has been making SUVs for the luxury segment for decades, it’s just been during the past few years that we’ve seen the brand go from the brink of obscurity to haute couture in automotive design.

The gargantuan Navigator SUV has shown what Lincoln is truly capable of with a machine that not only embodies splendid retro-inspired style, but a surprisingly capable and pleasant driving experience too. Slotted just below the Navigator, the upcoming Aviator with its rear-wheel-drive-biased power delivery and astonishing 600 lb-ft of torque (in hybrid variant), should catch a lot of positive attention when it hits the market in 2019.

Our subject here is the mid-size, five-passenger 2019 Lincoln Nautilus – an updated Lincoln MKX, which in turn, is a warmed-over Ford Edge – and Lincoln’s designers have once again taken an already good-looking machine, and made it properly premium.

It’s distinctly Lincoln from all angles, with the front proudly wearing the bold brand grille, to the profile sporting the large model badge on the fender (like the Navigator and Aviator do), and the tail with its full-width light bar. It’s tidy and well-proportioned, and the 21-inch turbine-like wheels really give the Nautilus presence. With so many premium competitors on the market, having a distinctive design that’s also tasteful as this one is, is a real win.

Inside, Lincoln’s designers have done an equally-impressive job creating an environment that’s fashionable with premium materials and colours, but also comfortable and functional. There are cubbies, nooks and notches all over the place to keep things stored and tidy. There’s a pair of well-damped knobs for tuning and volume that remind me of high-end audio systems, and there are just enough actual switches and buttons to balance ease-of-use with aesthetics.

The centre stack is dominated by the large Sync infotainment touchscreen that’s intuitive in operation and links well to both Android Auto and Apple CarPlay. The Nautilus has a lot of features though, and there are a few minor complaints levelled against the system. For one, with my smartphone connected, all navigation duties were tasked to my phone, with the Nautilus’s own navigation system rendered unavailable. Not everyone wants to use cellular data all the time, however, so it would be nice to be given the choice to use the car’s own system.

The other complaint is that some of the functions and features can be buried quite deep into the system. The control for the massaging seats, for instance, required a series of seven taps or swipes to access its operation from the audio or navigation screens. That’s a lot to manage at highway speeds.

I’m still not sold on Lincoln’s use of dash-mounted buttons for gear selection, nor the overly simplified digital gauge display also found on Lincoln’s other contemporary designs, but I did find myself becoming more used to each of those idiosyncrasies this time than I had in past instances in other Lincoln models. 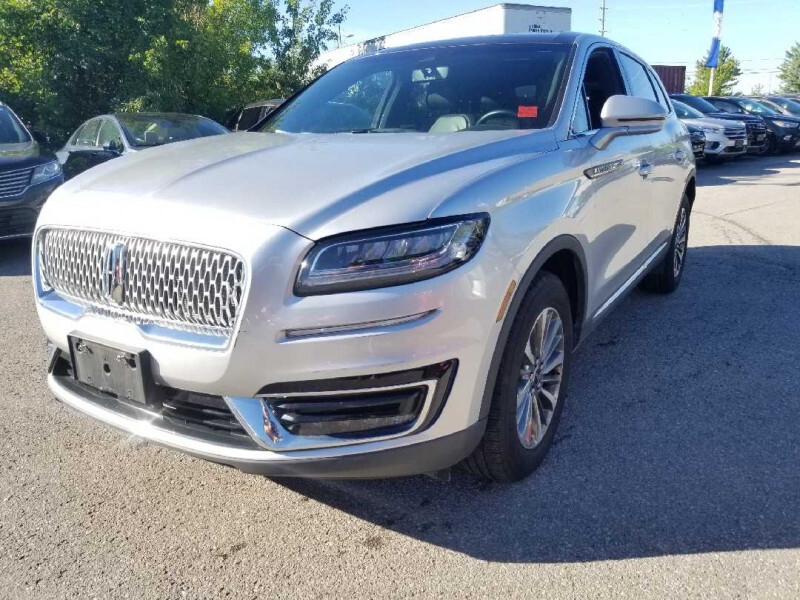 The interior is more generous in most spatial aspects than a Lexus RX, BMW X3, or Acura RDX, as is cargo capacity compared to all but the Acura. There are plenty of plug points around the cabin as well, to keep everyone’s devices charged up.

Aside from updated styling, the biggest change for the Nautilus versus last year’s MKX involves the powertrain options, with the base engine shrinking in size from a 3.7L V6 to a turbo-charged 2.0-litre four-cylinder. Power has decreased as well, with the four-cylinder (found in our tester) dispensing 250 hp and 280 lb-ft of torque (down roughly 50 of each measure versus the V6), but fuel efficiency improves, on combined average by about 2.0 L/100 km.

Truthfully, this is adequate power for the Nautilus, and likely for most buyers who’ll be wooed more by the style and luxury of the machine than its outright performance, but the optional 2.7L twin-turbo V6 provides 337 hp and 380 lb-ft of torque and should help the Nautilus feel more exciting. It might be worth going for the V6, even if just to avoid the somewhat unpleasant noises the four-cylinder emits under load. With the Lincoln being an otherwise quiet cruiser, the coarseness of the four-banger belies the premium feel of the car. No matter, one could just crank up the sensational Revel stereo to drown it out.

All Canadian Nautilus models possess all-wheel drive, with power being delivered via a new eight-speed automatic. We found the transmission to do a decent job of shifting smoothly and swiftly, most of the time, but occasionally, while decelerating, would seem to bumble a few downshifts, making for some untoward herky-jerky motions.

Competitors like the BMW X3 or Acura RDX provide a more engaging driving experience with transmissions that masterfully balance sporty shifts and smoothness in equal measure. Additionally, an X3 optioned with the inline-six-cylinder engine will eat the lunch of any Nautilus, regardless of engine spec, in terms of straight-line and passing performance.

Still, the Lincoln’s ride and handling, do a good job of reminding passengers that this is a fashion-forward luxury machine, not a sports car masquerading as a practical hauler the way some of the imports do. Most bumps are soaked up very well by the Nautilus’s suspension, though those big 21-inch wheels and low-profile tires transmit some sharpness to the interior.

Steering in the Nautilus is surprisingly heavy for such a luxury-focussed machine, especially considering how little road feel is actually communicated to the driver. And the brakes are initially grabby, but then have a spongey feel making smooth modulation a bit tricky (and making passengers think the driver has had too much caffeine).

At over $65,000, our heavily optioned four-cylinder Nautilus is nearly ten grand more than the most-expensive, fully spec’ed Acura RDX or a Lexus RX 350, and treads into six-cylinder BMW X3 territory, too. Closer to home, if you throw every option on the top-of-the-line Ford Edge (the Nautilus’s mechanical twin), including the twin-turbo V6, it still comes in several thousand dollars cheaper than this Nautilus tester.

Arguably though, Lincoln’s mid-sizer is better-looking than all of those alternates, with handsome styling that should stand the test of time better than some of the competitor’s more garish looks. Plus, the team in Oakville, Ontario, has shown they can assemble a quality vehicle, with the fit and finish of the Nautilus being top-shelf too.

Plenty of Canadians are happy to contribute to the multi-billion-dollar fashion industry to have the most stylish appearance they can, even if their $300 shoes don’t do the job any better than a $100 equivalent. For those fashionistas and style mavens who appreciate the value in spending more for appearances, Lincoln’s new Nautilus is a fine choice, but there are many great alternatives that could cost less.