LOS ANGELES – Everybody loves a great comeback story and seldom have we seen such a tremendous reimagining of an automotive brand than Lincoln in recent years.

While the current generation Continental has largely impressed buyers and the media alike, it’s the new Navigator and Nautilus SUVs that have adjusted Lincoln’s trajectory from redundancy to relevance in a very fashionable way.

The addition of the Aviator mid-size SUV – slotting in between the Navigator and Nautilus – will round out the now four-model SUV line-up (the MKT is headed out to pasture), and help pull off what’s shaping up to be one of the greatest comeback stories we’ve seen in the automotive realm.

The 2020 Aviator is based on an all-new platform to be shared with the upcoming Ford Explorer re-do. In the US, the Aviator will be available with rear-wheel-drive, however, all Canadian Aviators will be all-wheel drive.

The RWD origins enable an aesthetic with a long hood, short front overhang, and sloped roof line. Stylistically, the Aviator possesses a strong familial resemblance to its larger Navigator sibling, in all the right ways, and gives the machine an imposing, yet premium appearance.

With three-row, seven passenger seating, the Aviator will compete in a highly competitive class with the likes of the Audi Q7, Volvo XC90, and Acura MDX. Notably absent from this category is Lincoln’s cross-town rival, Cadillac, for those who prefer domestic-brand products.

Lincoln’s interior design has been one of its greatest triumphs lately, and the Aviator follows suit. Materials are top-shelf with rich leather choices and slick details like the turned-metal trim. It’s all suitably luxurious, topped off with available 30-way adjustable – and massaging – seats, along with the 28-speaker Revel Ultima audio system. Plus, as an added touch, warning chimes are actual recordings of notes played by the Detroit Symphony Orchestra.

Ergonomically the Aviator appears to be on-point, too, with the all-digital gauge display and primary infotainment display being bright, crisp, and clear. That said, we’re still not fans of Lincoln’s push-button gear selection system, also seen here.

The Aviator is competitive on the technology front, too, with the now-expected suite of near-autonomous driving aides including Traffic Jam Assist and Active Park Assist. Buyers will also be able to use their smartphone in lieu of a key to lock or unlock, start and access various apps and features (like a “find me” chirp in the parking lot). The Aviator utilizes its forward-looking camera system to scan the road for bumps and potholes, reporting back to the adaptive air suspension to adjust pre-emptively, ensuring a smooth ride for occupants.

That same air suspension enables other niceties, like having the Aviator kneel down to permit easier ingress, then rise up to manage deep snow (or presumably fording flooded roads). It will also lower down at highway speeds to promote greater fuel efficiency.

In terms of fashion and technology, the Aviator appears to be a competitive option in the segment, however it’s the powertrain that makes the newest Lincoln a very compelling machine. The standard engine is a 3.0-litre, twin-turbocharged V6 engine that dispenses with 400 horsepower and 400 lb-ft of torque, and is sure to make the Lincoln one of the hottest performers in the segment.

Lincoln will follow up with a Grand Touring model that features a plug-in hybrid variation of the standard Aviator’s 3.0-litre engine. Before writing the Grand Touring off as the tree-hugger’s luxury choice, note that while the plug-in Aviator will be driveable in pure EV mode, there is also an enhanced Excite setting that will take advantage of this model’s combined 450 horsepower, and a jaw-dropping 600 lb-ft of torque available when the hybrid system unleashes all its fury. 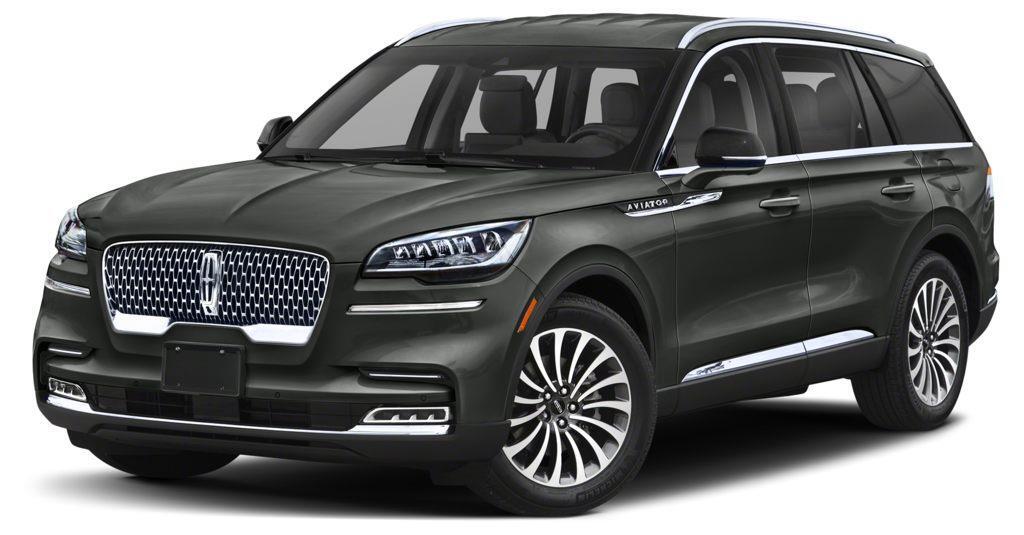 This is the first application of Lincoln’s twin-turbo 3.0-litre V6 in hybrid form and it appears they mean business, and makes us rub our hands over the prospect of a hot-rod MKZ sedan with this powertrain.

The 2020 Lincoln Aviator is scheduled to arrive in showrooms by summer 2019, with the Grand Touring models arriving shortly thereafter, and Canadian pricing to come closer to the launch date.

With great styling, substantial luxury, and impressive power, the Aviator possesses a trio of attributes to set it up for success in the lucrative three-row luxury SUV segment, and reinforcing Lincoln’s feel-good comeback story.