There's a brand-new Toyota Corolla hatchback for 2019. It's so new that it even got a new name. The Corolla iM is now the Corolla Hatchback. But with both cars currently on showroom floors, which small Toyota hatch is the one you want?

The Corolla iM started out as the Scion iM. It's one of four cars that made the transition from the end of Scion back into the Toyota fold. Part of Toyota's sportier brand, it offered up some impressively sharp looks. Especially when compared with the Corolla sedan.

It offered up a more sporting suspension than the Corolla sedan as well. Replacing the twist-beam suspension of the sedan with an independent rear gave the Corolla iM a more impressive ride. It absorbed bumps with less noise and more composure and was able to deliver performance in the corners that, while not quite as lively as the bodywork, was at least competent. The steering, though, was overboosted to the point that you'd be forgiven for thinking something was disconnected in the linkage. Good if you're hoping to execute a ten-point turn using only a pinky finger, not so great if you're hoping to enjoy your drive.

The 2019 Corolla Hatchback uses an all-new platform. It's Toyota's TNGA backbone that's shared with the new Camry, Prius, and even the upcoming RAV4. That means that the independent rear suspension lives on.

The new car rides more smoothly than the old one. It's more quiet, more composed, and yes more sporting. Toyota seems to have made some big strides in the steering feel department. The Corolla Hatch has much better weighting than its predecessor, making it more enjoyable to steer in every situation that doesn't involve your having a compound bone fracture in your hand.

With the 2019 redesign comes 38 mm more length between the wheels. It's not clear where that extra space went, though. The 2018 car isn't exactly suffering from an abundance of legroom, but Toyota cut 71 mm out of that car leaving the 2019 model with just 759 mm for rear seat passengers. And that's not measured with the front seat set far rearward. With the front seat set for a tall driver, there's not enough room in the back seat for most adults, and most older children will be a tight squeeze. If you plan on using your car for four adults, you'll probably find the iM a much better option. Headroom, at least on the spec sheet, is nearly identical between the cars.

Similarly, in the back of the two cars, the 2019 model suffers from reduced cargo capacity: 85 litres less, giving it 504 with the rear seats up. The exterior dimensions aren't much different, but the iM is much roomier inside for people and stuff. 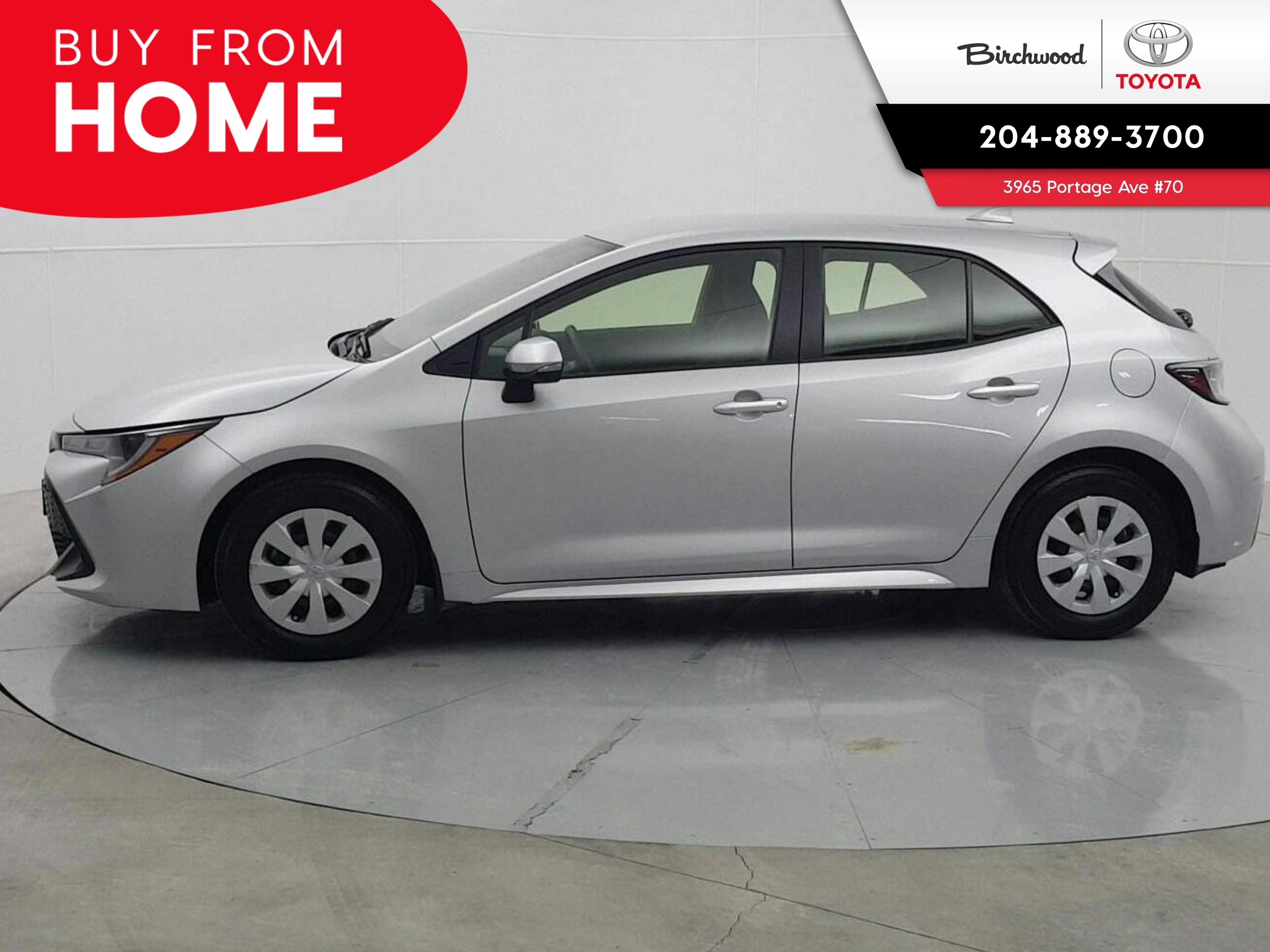 The look of the two cabins is a very different story, though. The iM is a strange design filled with hard plastics. While the spherical outboard air vents look cool, the rest of the design always looked somewhat odd. The dash also housed a dated infotainment system that was a Scion design meant to look like an aftermarket piece.

The new car looks much more upscale. Better materials and better design make it a more pleasant place to spend some time. Gone is the 7.0-inch screen. In its place is a prominently mounted 8.0-inch version and never has an extra inch been so immediately apparent. The new Entune infotainment system operates more smoothly, looks massively better, and, better yet, finally offers Apple CarPlay. Sorry Android users, maybe next time. Or maybe next year if demand keeps up for it. Either way, if you want to connect your iPhone you'll want the 2019. If you want to connect your Android, you'll still prefer the 2019's system.

Under the Corolla iM's hood is a 1.8L four-cylinder engine. That engine puts out 137 hp and 126 lb-ft of torque. It's acceptable for the size class, but neither the six-speed manual nor CVT make this a particularly brisk car. For 2019, the Corolla Hatchback gets a 2.0L four with a much more healthy 168 hp and 151 lb-ft. That's at the sharp end of the field and it definitely feels quicker than its predecessor. The six-speed manual sticks around, though it's becoming something of a rarity, even at this price point. Even better, the CVT is a new unit that adds an actual first gear for pulling away from a stop. It gets rid of that elastic-band CVT start-off feel once and for all. The new CVT has simulated shift points once underway and while it pains me to say it, shows that the CVT is starting to become a viable choice if you enjoy driving. The 2018 model's is less advanced and less satisfying.

With more power usually comes increased fuel consumption, but here the newer model shows it's more frugal at the pump. The CVT-equipped model beats the old by nearly a full litre per hundred km at 6.5 combined vs 7.5. The manual hatch is more thirsty than the CVT, but the 2019 still wins at 7.5 vs 7.9.

When it comes to the price, the 2018 Corolla iM comes in just one trim, with the only option being the transmission and colour. The CVT-iM is $23,585 but Toyota is currently offering $1,500 for cash and lease customers with $1,000 and low-interest loans for finance customers.

Those deals make it still pricier than the 2019 Corolla Hatchback, which starts from $21,980 with a CVT. That's because the new Hatchback is offered in multiple trims. Loaded, a 2019 XSE CVT starts at $27,980, but that includes features like dual climate control, navigation, and leatherette trim. The closest 2019 trim is probably the SE model which comes in at $23,580.

While the one-trim-only Corolla iM might be cheaper compared with a similarly equipped mid-level Corolla Hatchback, the new model offers up more power, more fuel efficiency, and a much better driving experience. It also gives buyers more choices for how much or how little extra content they want in their hatchback. With all that, the new infotainment alone is likely enough to tip the scales for most buyers. But if cargo space triumphs over all, the iM is probably your best bet.