Toshiro Mifune, perhaps the greatest actor of the golden age of Japanese cinema, was known to study the movement of lions in the wild. In films like Seven Samurai and Yojimbo, he often played rōnin, rough, itinerant warriors with unmatched martial prowess. He epitomized the last of a dying breed, a lone fighter pushed out by the rise of industry and civilization. On film and in person, he was the last of the samurai.

Needs a firm hand on the steering, and a curving road under its wheels.

This car is what he would have driven.

Unveiled a decade ago at the Los Angeles Auto Show, the 2018 Nissan 370Z is a tired old warhorse of a thing. It is beset on all sides: Nissan’s GT-R is far faster; the Toyota 86 is more popular with young buyers; classic Zs are more sought-after. Nissan hasn’t updated much on their only sports car over the years, with the sole update in the Canadian market being the introduction of a bargain-priced, de-contented version.

This, however, is the Nismo version of the 370Z, clad in full track-ready armament. Along with the expected fright-mask of red-lined aerodynamic trim, the 370Z gets 19-inch forged alloy wheels from Japanese manufacturer RAYS, upgraded brakes (four-piston front calipers and two-piston rear, with 14-inch rotors up front and 13.8-inch out back), and a retuned suspension with stiffer springs, dampers, and anti-roll bars. There’s also a bit of additional chassis bracing throughout the Z, and a larger sport exhaust that bumps peak power by 18 hp.

Despite having a similar 2,550 mm wheelbase to the original 1970s 240Z, comparing the 370Z to the elegance of its ancestors does it no favours. The modern car is bulkier and burlier, but has overall aged well on the outside. The streaking design of the headlights is looks like the crow’s feet of a warrior who’s spent many a summer squinting into the sun, but the Z still looks handsome from the outside, if not exactly as trim as in its youth.

Really, it’s the interior that’ll be the bigger turn-off for anyone putting a Z on their shortlist. The Nismo variant gets some great-looking Recaro seats and Alcantara lining throughout the cabin, but nothing ages faster than plastic and infotainment. Old Z cars don’t have to worry about looking old, as their simple leather seats and spartan cabins have aged out to the point that they’re considered vintage. The 370Z is in that uncanny valley where the rotary dial for entering inputs and the orange numbers on the dial look dated rather than retro-cool. Oh, and the steering wheel tilts, but doesn’t telescope.

The digital information display on the leftmost part of the instrument panel is particularly egregious, and the three-pod dash instruments are unintentionally hilarious. Remember when people were strapping a half-dozen boost gauges to their A-pillar because they thought it looked cool? The Z pulls much the same trick with what looks like your parents’ old alarm clock.

However, the Z is a proper sports car rather than a sport-luxury coupe, so you could probably get past all the 2000s Fast and Furious throwback in here. After a while, popping open the armrest to find RCA auxiliary jacks elicits a chuckle more than a groan. So the Z’s old-school? So is having a manual transmission – which is the only way you can buy the Nismo version in Canada.

In fact, there aren’t any options available on the Nismo Z, which only comes well-equipped with all the performance upgrades previously mentioned, as well as a Bose audio system and a 7-inch display that includes navigation and XM radio. This last is at least functional, but lacks CarPlay or Android Auto, and is clunky to use.

In other practical considerations, the Z’s hatchback is just big enough to be useful at 195 L, but is relatively shallow with the luggage cover in place. Nissan has provided attachment points to the hatch for the latter, which makes it even easier to use, but you can haul a set of spare track wheels in a Toyota 86 with the seats down, and I’m not sure you could manage the same here. 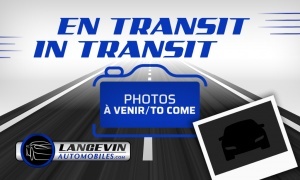 Further, I hope the track isn’t too far from your front door. The Nismo’s suspension setup is very firm, to the point of harshness, and the Recaro seats exchange comfort for bolstering. As a short-range city cruiser, it’s all pretty exciting and engaging. Over longer distances, there’s a bit of drone from the exhaust to go with bouncing over pavement imperfections.

All of which would be immediately forgivable if the Z provided you with an instant dose of adrenaline – and it does. However, there are a few dynamic gripes as well, including a rubbery shifter action, and steering that’s got Altima levels of assist instead of razor-sharp precision. When the 350Z emerged in the early 2000s, it took people a while to warm to its mix of Japanese sports-car ethos and heavier pony-car feel, and it’s much the same here.

But stick with it, and the Z has a faithful heart. Specifically, it has a 3.7L V6 that makes a peak of 350 hp just before redline, and 276 lb-ft of torque some 2,000 rpm earlier. This is a big, hearty engine that doesn’t zing up easily when you aim for a rev-matched downshift, but one that pulls mightily right up through the powerband. It’s got some muscle to it, at the expense of a little liveliness.

Still, it sounds pretty good, far better than the droning you got from the earlier 350Z and its related VQ-series engine. The 370Z’s V6 has plenty of top-end power, but the chassis feels equipped with more than enough tire to keep the torque peak in cheque, meaning you can dive into the throttle early in a way you wouldn’t attempt in a V8-powered Mustang or Camaro.

Likewise, the steering may be a little over-boosted but the Z’s handling is excellent. The basic car is let down by a slight lack of braking power and not enough tire. The Nismo variant has grip and stopping power aplenty, giving it the ability to better exploit the horsepower it has under-hood. Yes, this hottest version of the Z only has 18 more horsepower than the entry level versions, but it’s much quicker whenever the road has corners.

That’s not to say a little more sharpness wouldn’t hurt. First to-do item after taking ownership would be to go through and replace some of those squishy driveline and shift-linkage bushings with polyurethane, exchanging slop for firmness at the expense of a little more noise. Tweaking the alignment might add a little steering weight if you could get a bit more caster in there.

But other than a little bit of fine-tuning, the Z is refreshing in its relative simplicity. Turning off traction control is a single button push. There’s no Sport mode, just a button to engage or disable automatic rev-matching (in the Civic Type-R, this is a four-menu process that requires the electric emergency brake to be engaged). Yes, it’s old, but it also does things the old way, and in a sports car, that’s what you want.

Firing it up the mountain in the wet, the Z inspired confidence, but also demanded a bit of respect. Later, as the road dried, the amount of backroad speed it was capable of was genuinely impressive. It wasn’t quite capable of graceful movement, but could be counted on to explode out of the corners on a wave of V6 power, shifting around slightly in a lairy way that’s been carefully engineered out of cars – or programmed back in as a sort of faux drama.

The 370Z doesn’t do the whole fake-drama thing. It is an old dog, too old for these new-age tricks. It needs a firm hand on the steering, and a curving road under its wheels. It needs a driver who has the patience to learn its quirks, and work with them. It is the kind of car that will ask you to practice and hone your skills, rather than provide a selectable computer algorithm to make up for them.

We’ll have to wait and see what the new Toyota/BMW sportscar project is going to be, but even though the coming Supra will assuredly be faster than this aging Z, I’m not sure it’ll be any better at quickening your pulse. The future will be quicker, easier, less demanding. But that is not the way of the samurai.

About Brendan McAleer
Brendan McAleer is a Vancouver-based automotive writer, a member of AJAC and a ginger.
Follow me
You may also like
6.9