The conscious decoupling of Toyota and Scion after the latter brand’s demise resulted in a few awkward years for product planners at the parent company, who tried their best to cram leftovers (iM) and newly birthed orphans (CH-R) wherever they could into the behemoth’s North American showrooms. By now, however, the game of musical chairs is over, and there’s no longer any riff-raff hanging around to clutter up the playing field – which is why Toyota has introduced an all-new Corolla hatchback for 2019.

Good enough all-around to make it a serious contender for your small-car dollars.

Taking the place of the above-mentioned Corolla iM five-door – a hastily slapped-together save designed to play out the inventory string – the 2019 Toyota Corolla hatchback rides on a separate, and more frisky platform compared to its sedan cousin. It also significantly boosts power over the iM while walking the line on price as it pushes its predecessor onto the dust heap, making it one of the more interesting affordable Toyotas in recent years.

Let’s get this out of the way: the liftback version of the 2019 Toyota Corolla is by no means a “hot hatch” in the modern sense, as it lacks the (turbocharged) power and the trick chassis required to claim that label. That said, time behind the wheel of the Corolla Hatchback along the sinuous roads linking the small Eastern Townships villages of Quebec revealed shocking competence when making rapid course corrections.

While the Corolla sedan may be more appliance than angio-booster, the hatch’s independent rear suspension and Toyota New Global Architecture underpinnings are lively in a way that the four-door is not. It’s also worth mentioning that the Corolla hatchback offers a longer wheelbase than the Corolla iM, adding further stability to the mix. Under the hood, there’s a 2.0L four-cylinder engine that offers up 168 hp and 151 lb-ft of torque, each figure a generous upgrade for Toyota hatch buyers. A six-speed manual gearbox is in the mix on both entry-level and mid-tier trims, and while its shifter is sturdy and upright – the opposite of what you’d expect from a sporty ride – its action is direct and smooth, and a true joy to row. I found myself deactivating the automatic rev-matching gimmick, which is as easy as tapping a button on the centre console.

If you’d rather the ones and zeros handle the shifting duties, then Toyota also makes a continuously variable automatic transmission available with the car. Unique in its class, the unit features a “true” first gear that assists while pulling away from a stop and helps avoid the bee’s nest buzz that is so common from smaller motors attached to traditional continuously variable units. There are paddle shifters for you to access up to 10 virtual ratios baked into the CVT, but there’s no real joy to be had there, and I never felt like the gearbox was in need of my direct intervention. 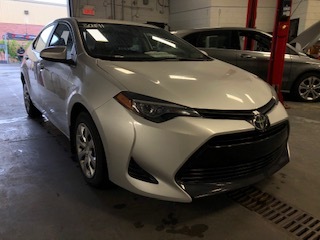 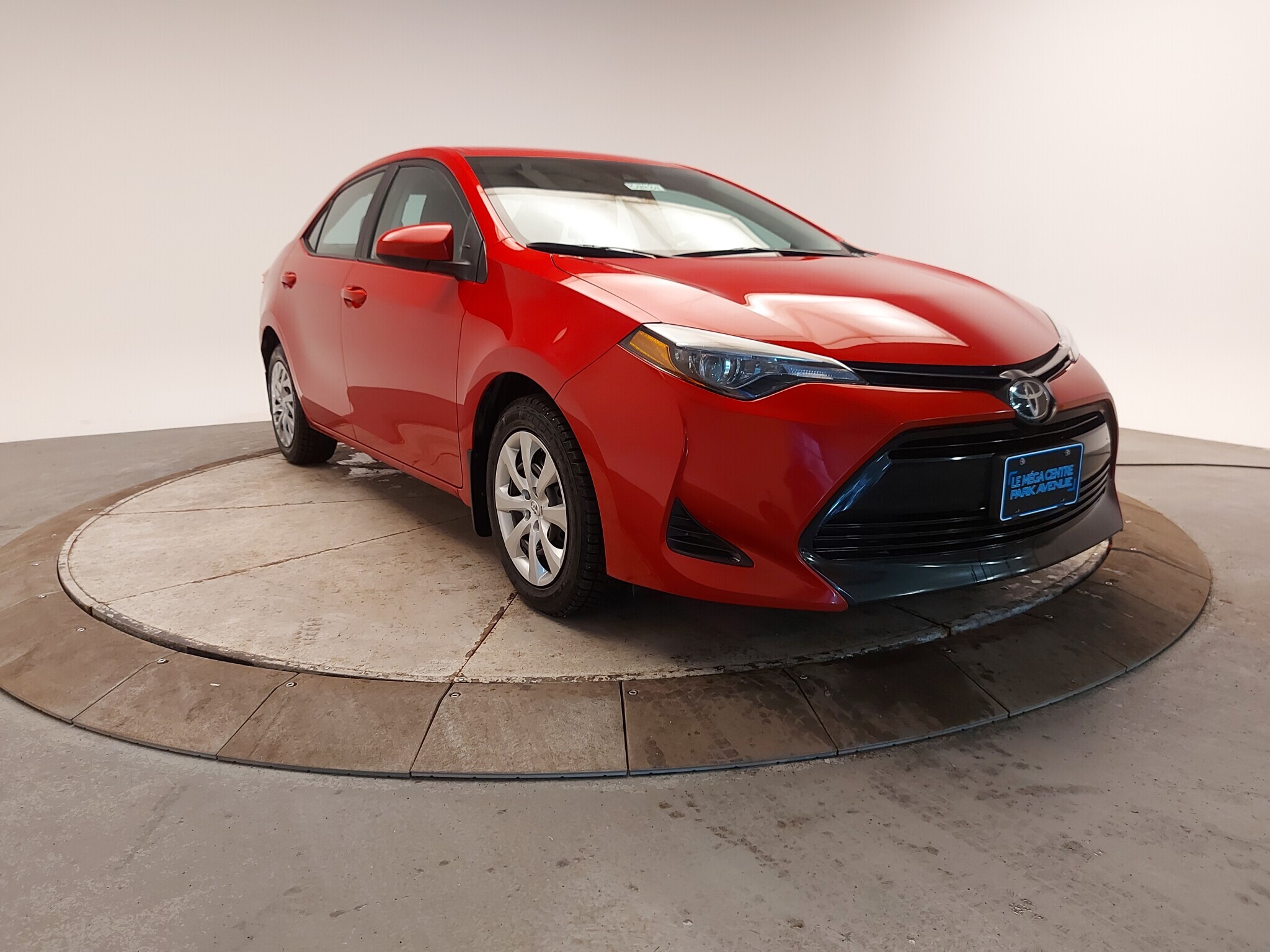 Reasonably quick, the Corolla Hatchback is also fairly frugal at the fuel pump. Efficiency around town is rated at 5.8 L/100 km for the automatic, with a combined total of 6.7 L/100 km. The manual unit is about 1 L/100 km thirstier in each respective measure.

While the 2019 Toyota Corolla Hatchback is entertaining to drive across the board, just how comfortable you’ll be inside the compact car varies considerably depending on which trim level you order. Even on the SE (MSRP $22,580), the rear seat coverings feel decidedly spartan, with the fronts only a littler better in their fabric wrap. Interior accoutrements are improved in the fully loaded XSE (MSRP $27,980), including nicer upholstery, an upgraded stereo system (which includes satellite radio and Apple CarPlay), and softer plastics anywhere your hands might stray – but that’s a lot of money to spend on a car that, in base spec, sets you back a mere $20K. All versions of the Corolla Hatchback do at the very least benefit from a long list of standard safety features, including advanced gear such as pedestrian detection, lane-departure warning and assistance, automatic high-beams, and, if you order the CVT, cornering assistance and adaptive cruise control. This helps give Toyota a leg-up on several competitors that aren’t nearly as well-endowed at the entry level.

It’s also worth noting that cargo space is marginally less for the hatchback versus the iM, and while it’s competitive with rivals like the Volkswagen Golf or Mazda3 hatchback with the rear seats up, folding them down is a different story. Most other hatchbacks in the Corolla’s class are able to swallow between 15 and 20 percent more gear, possibly due to the high load floor in the Toyota that covers its full-size spare tire compartment.

Still, although it might not be the quickest, cheapest, nor most useful compact option on the market, the 2019 Toyota Corolla Hatchback is good enough all-around to make it a serious contender for your small-car dollars. Interesting to drive, affordable to purchase (if you don’t mind forgoing a few comfort features), and sharp to look at, the Corolla hatch is proof that, unlike a few of its rivals, this is one automaker that hasn’t given up on giving customers an engaging alternative to the crossover monoculture.

About Benjamin Hunting
Benjamin Hunting is a freelance writer who enjoys keeping the shiny side up during track days. He is also an avid musician and a friend to vinyl.
Follow me
You may also like
AdChoices
Latest Articles