If you’ve been around cars for a long time, you likely know that “coupe” means “two doors”. If you’re a BMW fan, you probably know that since BMW decided to separate the 4 Series from the 3 Series in 2013, that “4 Series” has meant “two doors”.

The 4 Series Gran Coupe is a four-door fastback, and not a coupe. Clear as mud, right?

By now, most people know that 3 Series/4 Series variants come in a Baskin & Robbins–worthy menu of offerings. The 4 Series we’re focussed on today is the 2019 BMW 430i xDrive Gran Coupe.

If you ever studied math, you would know that two plus two equals four. That then, is perhaps the best explanation for why the 4 Series Gran Coupe is a four-door fastback, and not a coupe. Clear as mud, right?

So let’s address the format thing right off the bat: the 4 Series Gran Coupe has four doors, as noted, and it’s a fastback. That means a middle ground between a sedan shape and a hatchback.

Both those people are wrong. The fastback is by far and away the best and most user-friendly cargo solution in any car. Its cavernous size swallows anything a regular trunk can, and more than most hatches. Its gaping maw makes it easier to load, and you can even load from the sides (or unload, if the thing you loaded slid forward while driving). The rear seats fold down, so like a hatch, it will expand easily.

The only compromise is the sloping windscreen, which cuts slightly into the total available cargo capacity. For 90 percent of cargo applications, a fastback is best.

Also, it looks the sex.

But this is a BMW article, which means our interest in “practicality” and “cargo” is limited. The good stuff is this: a 2.0L four cylinder “twin power” turbo with 248 hp at 5,200 rpm and 258 lb-ft of torque from 1,450 rpm. “Twin power” is BMW’s cheeky way of implying twin turbo without actually meaning it. Nor does it mean “twin scroll” – at least not in this application. Instead, twin power turbos use a two-pipe manifold to feed the turbo with more exhaust gas and hopefully, more of the pulses from the engine. The anticipated result is a more linear throttle progression with less lag.

The same engine is found in the 2018 BMW X2, where I found a slight amount of driveline hesitation when accelerating from a dead stop. Despite running the same engine, eight-speed automatic, and xDrive all-wheel drive system, none of that hesitation was present in the 4 Series. Instead, it was smooth all the way through the range, and I genuinely had to double-check when I realized I was driving the smaller of the 4 Series engine offerings.

That turbo is in place ostensibly to offer fuel economy savings, and the 430i is officially rated at 10.5/7.4/9.1 L/100 km city/highway/combined. I finished my week on a respectable 9.5 with a large country run and an equal amount of heavy-footed BMW enjoyment.

Its 1,713 kg chassis gets up to speed deftly, atop P225/45VR18 run flat tires. The multi-link rear suspension and strut front suspension communicate willingly through the well-weighted electric steering, and the 4 Series handles with energetic poise when called upon.

At all other times, the 430i Gran Coupe drives cleanly. It’s fuss-free, it’s not spectacular, it’s just plain good.

I am a big fan of BMW’s iDrive infotainment system and that’s no different here. Its only flaw is the lack of standard Android Auto or Apple CarPlay. You can get the latter as an option, but not the former. This is, frankly, wrong.

Otherwise I like the system’s puck controller which doubles as a touchpad. Its ergonomic position makes for easy control of the screen, and is far more comfortable than reaching up to awkwardly prod at the moving target that is a touchscreen in most cars.

My favourite feature is the head-up display, which when programmed correctly will allow you to scan SiriusXM channels to find out what’s playing (either by title, or artist) without moving your eyes off the road, or hands off the steering wheel. I still haven’t told Maddie how I know when Thunder by Imagine Dragons is on, but she loved that I could jump to that station anytime it was on.

Some people will tell you that iDrive is needlessly complex – and in some ways they’re right. For example, there is a time-shift function, so you can rewind the song you were playing, but it’s buried deep in the menus. It’s a feature-rich system that has a steep learning curve, but once you get past that first hurdle everything is easy to use. This system is owner-focussed, not journo-focussed.

The seats are well-bolstered, supportive, and comfortable over long country drives. I spent four hours in the 4 Series and ended my journey feeling fresh and calm. The interior of the BMW is beautifully executed, and everything fits where it belongs. This mid-range model is finished like a BMW ought to be finished.

And this tester was optioned how a BMW needs to be optioned – that is, a lot. The base price of $53,250 is reasonable enough, but the $6,050 Premium Package Enhanced is a necessary box to tick if you want to live with this car long-term. For that, you get the head-up display, heated steering wheel, keyless entry, park-distance control at both ends, blind-spot detection, SiriusXM, Harman Kardon sound, full digital instrument display, and BMW ConnectedDrive Services. Enough of the things on that list (Sirius, BSD, park-distance control) are sufficiently important to drive a high take rate on this package. 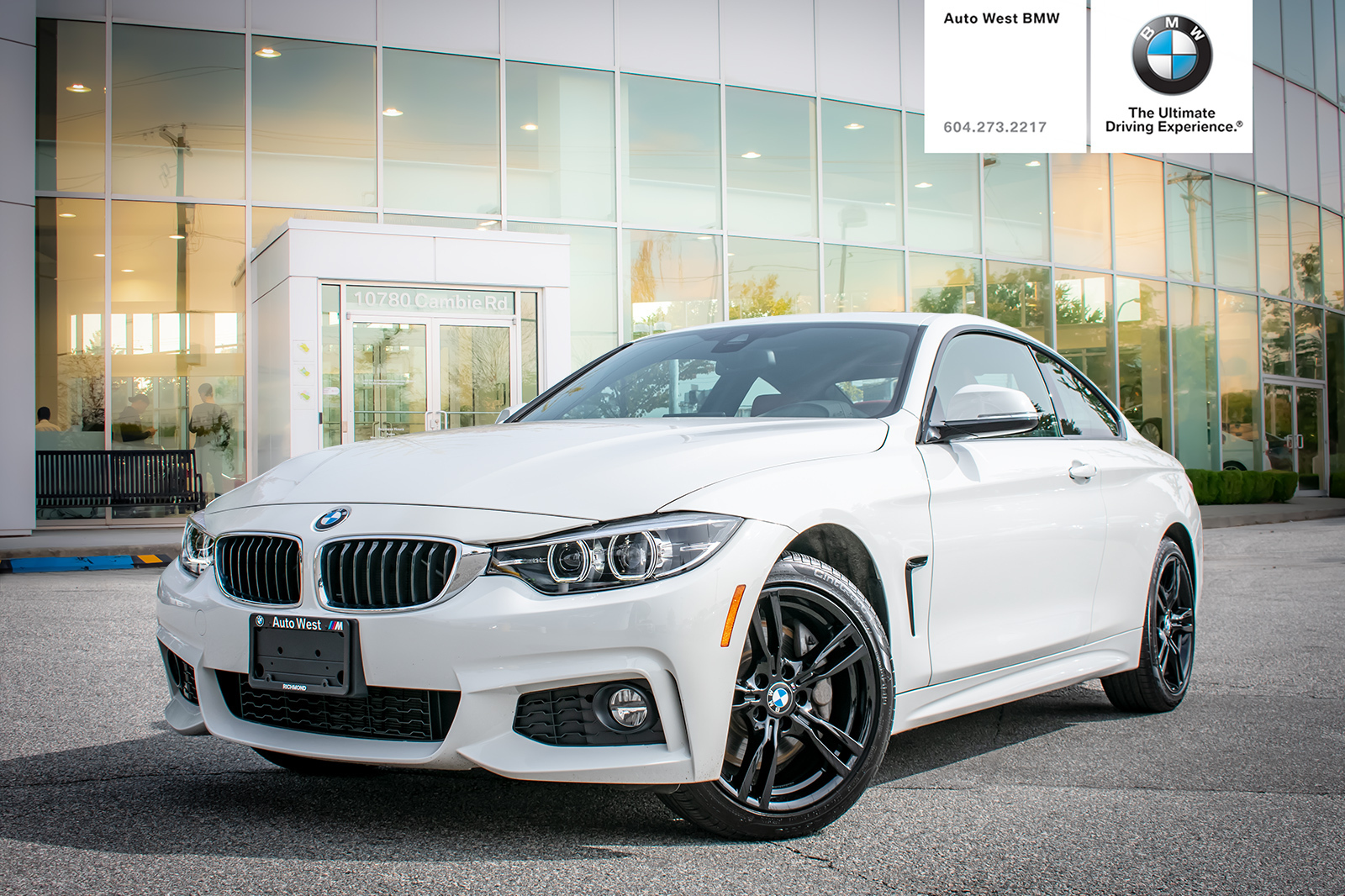 Adding $600 to your tab gets you BMW’s Surround View monitor – another highly useful feature – while $1,000 is your price for active cruise control, complete with stop-and-go. I’m a fan of BMW’s in-console wireless charging dock, but it is another $350 on top.

In short: If you’re looking for the on-paper value proposition, look elsewhere. In BMW land, you get what you pay for.

And if what you’d like to pay for is an alluring fastback with rare luxury sedan practicality and fantastic driving manners, then the 430i Gran Coupe is worth the inspection.

About Jacob Black
Jacob is a writer and a journalist who enjoys cars, driving and jokes. Sometimes he writes a series of jokes and loosely connects them to a car he was driving. Jacob Black is not a werewolf.
Follow me
You may also like
8.2