The BMW 3 Series is one of the most popular luxury vehicles on the planet, and a total re-vamp for model year 2012 launched the F30 generation of this long-lived machine, complete with tweaked dimensions, new styling, a wider track, a bigger and more usable rear seat, and expanded cabin accommodations. Despite being a larger car than its predecessor, there was virtually no weight penalty, helping the model deliver on its perpetual promise of highly efficient performance.

Look for this generation 3 Series in available Sedan, Touring (wagon), or GT model variants, noting that other two-door versions were split from the lineup and started their own “4 Series” designation, which carries on today.

The 328d got a turbodiesel four-cylinder engine, and more recently available 340i models got a turbo straight-six engine, with power boosted to 320 ponies. A 320i model was also available, with a 181 hp turbo four-cylinder.

Finally, the F30 3 Series was also available as an ActiveHybrid model, with 335 hp from a hybrid-assisted six-cylinder driveline.

Owners appreciate solid real-world fuel efficiency, pleasing handling and steering, pleasing performance, a high-class feel to the cabin, great overall design, and an overall sense of driving something well-made, robust, and solid. Performance from six-cylinder models is said to be excellent, as is the up-level stereo system.

Some owners wish for more feature content bang-for-the-buck, and a more pleasing engine sound, particularly from four-cylinder-powered models. The idle-slashing stop-start system on some models is said to be fairly rough and obvious when restarting the engine, too.

For maximum peace of mind, consider purchasing a used F30 3 Series from a Certified Pre-Owned (CPO) program at a BMW dealership. CPO-certified models must meet a higher standard of quality than comparable privately sold units, and have been rigorously inspected by a factory-trained BMW technician. Software updates and recall work are typically brought up to date before the vehicle is listed for sale, and some reconditioning work may have been performed as well.

If possible, buying the 3 Series you’re interested in from a dealer CPO program is a good move for long-term confidence. Additional warranty coverage, roadside assistance coverage, and servicing coverage are also typically included.

Give the iDrive System a Workout

Before your test drive, give the iDrive central command system a workout, pairing your phone, plotting a navigation destination, confirming that the dial and buttons respond to all inputs, and flicking through as many menus and functions as you can. Now’s also the time to ensure that the back-up camera is engaged quickly on-screen when reverse gear is selected. Any crashing, lagging, or other fussiness from the system may require a software update or hard reset to remedy. Issues like those listed above could also indicate the need for a (pricey) replacement system, though this is rare.

Confirm satisfactory operation of the vehicle’s lighting system, noting that xenon or LED headlamps will be relatively pricey to replace if they’re burned out, and that some owners have reported failed LED taillamp assemblies, possibly caused by a faulty circuit board. Avoid a used 3 Series from this generation that’s had any non-factory lighting provisions installed for maximum protection against electronic headaches.

Whether on your test drive or later during ownership, note that inconsistent performance, stalling, hesitation, or a rough idle on a four-cylinder gasoline powered model can be caused by several problems, including bad spark plugs, a bad sensor, or a weak or dying battery. If you detect this issue, avoid guessing at the cause or throwing money at random replacement parts. A dealer technician with diagnostic equipment will be able to locate and address the issue quickly and easily.

If you see an airbag warning message in the vehicle’s instrument cluster, there is a problem detected with the airbag system, and the airbag won’t deploy in the case of an impact, reducing safety. In some cases, owners say the problem is caused by a defective seat-pad sensor, which is often replaced under warranty. If you see an airbag light illuminated, be sure to have it addressed before you buy.

As it goes with any used car, maintenance and care has a larger impact on long-term durability and reliability than the badge on the hood. With the F30 generation 3 Series, it’s vital to ensure you’re buying a used model that’s been continually cared for throughout its life. For instance, numerous owners skip or stretch oil changes, spark plug changes, and tune-ups, each of which is vital for long-term driveline health. Buying a model previously owned by a seller like this is not advised. Protect yourself by buying a CPO-certified unit, or checking the service manual’s maintenance schedule against available receipts to confirm that no maintenance has been skipped.

Do not underestimate the tendency of many owners to fail to maintain their vehicles properly, noting that a previous owner’s failure to adhere to maintenance requirements may void the vehicle’s warranty, leaving you with a potentially nasty surprise should a repair be required.

Have a technician inspect the automatic transmission of the F30 you’re considering for signs of a transmission fluid leak, which needs to be addressed before you buy. This is a fairly common issue that’s easy to detect and should be covered by any remaining powertrain warranty. Here’s some more reading. Note that ignoring this leak or failing to fix it can lead to transmission damage. The cause? A failed seal where an electrical connector passes into the main body of the transmission.

If you’re considering a used 328i from model years 2012–2014, proceed with some caution. The 2.0L turbocharged four-cylinder engine in this model, and others, has seen numerous owners reporting issues with timing chain stretch or failure, which can result in total engine loss. Some owners received extended warranties on this engine, extending the coverage on the timing chain, and related repairs should they be needed, as BMW is aware of the issue. Timing chain failure outside of this warranty will be expensive to address, running into the thousands.

Here’s some more reading. And some more. (At that second link, click through some of the sub-links in the forum for even more information). Here’s one more link of interest.

Note that, even despite numerous owner reports of timing chain problems with this 2.0L turbo engine, the failure rate looks to be low against total sales volume. Your best bet? If set on a 328i, work with a dealer service advisor, and the seller, to determine if the engine has had the timing chain and associated components replaced previously with corrected parts, and / or budget for any extended powertrain warranty coverage available. An even better bet? Go with the higher-performing 335i model, with the turbo straight-six engine instead.

Based on numerous discussions in various 3 Series owner forums, potential shoppers are advised to pay very close and continual attention to the maintenance requirements of their new-to-them 3 Series. If you’re a stickler for timely maintenance, consider changing the engine oil and spark plugs not a moment later than specified in the owner’s manual, the earlier the better. This may indirectly fend off potential problems with valve gunk accumulation that’s possible in turbocharged, direct-injected engines like those in the 3 Series. Use the highest-quality gasoline possible, at the octane level laid out in the owner’s manual, exclusively.

If You’re Considering the Hybrid

Sales of the ActiveHybrid 3 Series variant were relatively low and online information relating to reliability is sparse. Still, here are two useful tips: first, consider a full inspection of the vehicle by a BMW-trained technician, including all hybrid system components, to be absolutely mandatory before you buy. A professional inspection can quickly and effectively reveal potential issues you’re best to know about before you buy. Second, work with a dealer service advisor to confirm that all applicable software updates for the ActiveHybrid you’re considering have been applied, as some of these can pre-emptively address problems with numerous vehicle systems, possibly averting future headaches.

If You’re Considering the Diesel

If you’re considering the diesel-powered BWM 328d from this generation, be sure to have the vehicle inspected by a BMW technician before you buy, with extra attention paid to the fuel delivery system, turbocharger system, and emissions system, just to be safe. Note that the emissions system is covered by a mandated eight-year warranty, provided that this warranty hasn’t been compromised by some action of a past owner – like failure to adhere to maintenance requirements, or vehicle modification.

Using the vehicle’s VIN, you can check the status of any recall-related work at a dealership, possibly during a pre-purchase inspection. Note that you may need the permission of the current vehicle owner.

The F30 3 Series was a car loved for driving dynamics, luxury and performance. Though the 328i had some serious engine problems documented by the owner’s community on a relatively low number of units, other models seem to have suffered minimal problems, most of which are minor in nature and easy to detect and address. Our verdict will be a pleasing one for the driving enthusiast: your best bet in a BMW 3 Series from this generation for long-term driving pleasure is arguably a manual-equipped 335i with the higher-performing turbo straight-six engine. 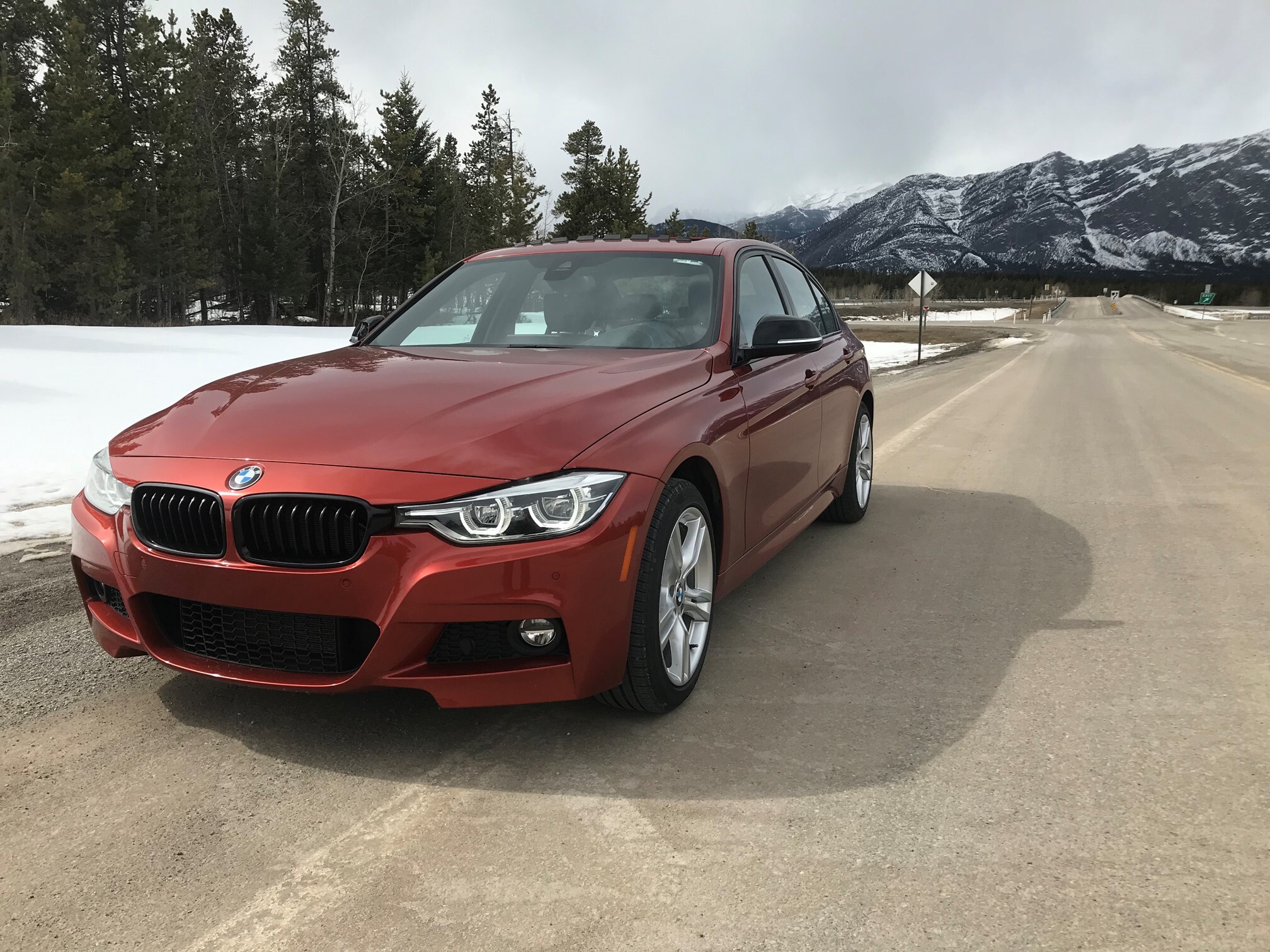