CHELSEA, Michigan – The old saying goes that there’s “No replacement for displacement,” and to that we’re adding, “There’s no power like mo’ power.” Which pretty much sums up the new Challenger that Dodge has unveiled, the 2019 Challenger SRT Hellcat Redeye, which uses a massive factory supercharger to push 797 horses out to the wheels.

Driving the Challenger SRT Hellcat Redeye at full throttle will drain the tank in just a tick under eleven minutes, since it gulps down 5.4 litres of fuel per minute when it’s on full boil.

And like all Challengers, the Hellcat Redeye will be built in Canada, at the company’s facility in Brampton, Ontario. Production begins in the fall of 2018.

The 2018 Challenger Demon tipped the scales at 840 horsepower, but it was limited to 3,300 units for North America – and only 300 of those for Canada – and they sold out almost immediately. The Hellcat Redeye is planned as a regular production model instead, which apparently means they’ll make as many as they can sell.

This top-line Challenger was shown alongside the now-more-powerful 2019 SRT Hellcat and R/T Scat Pack Widebody. The event also detailed some new additions to the 2019 Dodge Charger lineup. With the demise of the front-driver Dodge Dart and Chrysler 200, the rear- or all-wheel-drive Dodge Charger, Dodge Challenger, and Chrysler 300 are the only cars the company sells (other than from Fiat/Alfa Romeo); everything else is an SUV, truck, or van.

The Hellcat Redeye uses the standard Hellcat 6.2L Hemi V8 engine, but with a 2.7L supercharger versus the regular engine’s 2.4L, and which Dodge says is the largest factory supercharger on any production vehicle. It boosts at 14.5 psi, and the tach redlines at 6,500 rpm, an additional 300 crank turns above the Hellcat. Torque peaks at 707 lb-ft, and the stock transmission is an eight-speed automatic but with an 18 percent increase in torque multiplication over the standard Hellcat’s autobox. 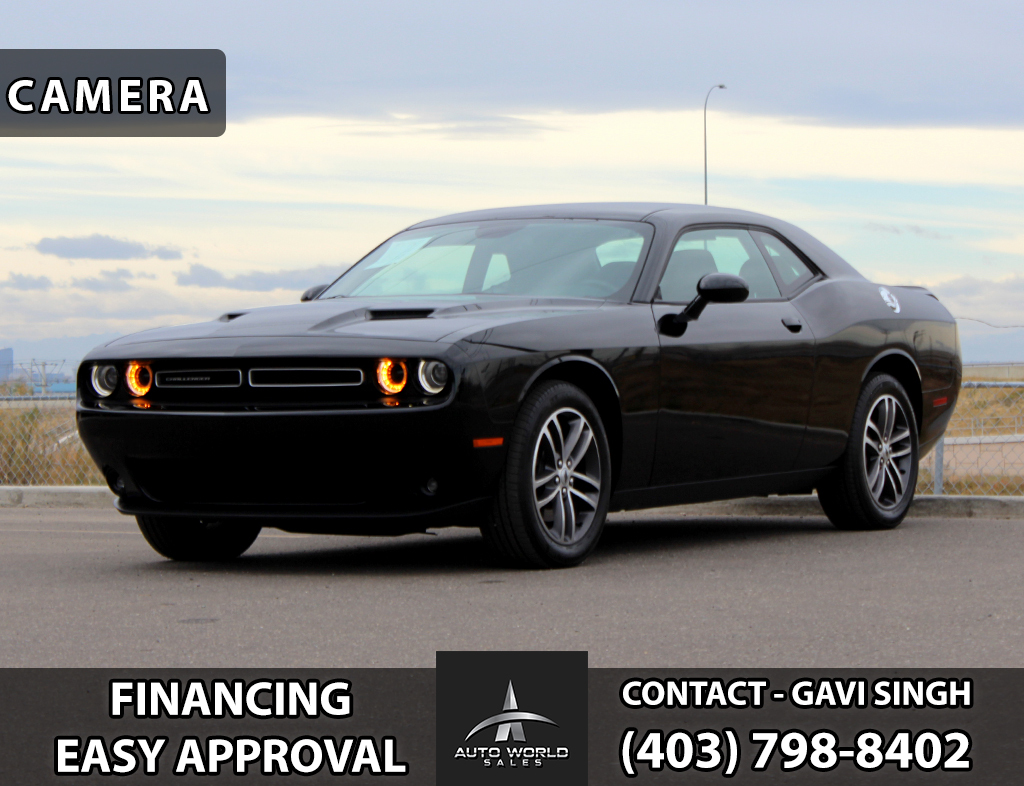 Here’s the fun fact: while it’s possible to drive the Hellcat Redeye with a light foot and get a reported 10.6 L/100 km – as if anyone ever will – driving it at full throttle will drain the tank in just a tick under eleven minutes, since it gulps down 5.4 litres of fuel per minute when it’s on full boil. Hey, at least those dinosaurs died for a good cause.

As a limited-production model, the Demon ended production last May. The last one recently went to auction, sold as a pair with the last Viper, and brought US$1 million, which Fiat-Chrysler donated to the United Way. The new Hellcat Redeye shares a few of the Demon’s features, including a torque reserve for added boost at launch and chilled coolant in the supercharger’s heat exchangers, but according to Steve Beahm, head of passenger cars for Dodge, SRT, Chrysler and Fiat, not everything special about the Demon migrated over, in order to preserve the exclusivity for its owners.

Pricing is still under wraps, but Beahm said to expect it to start around US$70,000. That’s about $92,700 for us at current rates, but Canadian pricing can depend on several factors, so don’t expect a dollar-to-dollar sticker when the Redeye goes on sale.

Across the lineup, all Challenger Hellcat models get a new dual-snorkel hood (that looks better in person than it sounded on paper, and pays homage to the 1971 Demon), while the Scat Pack models get the “power-bulge” hood with heat extractors that the Hellcat formerly wore.

The Scat Pack 392 Widebody is just that, wearing fender flares from the SRT Hellcat Widebody for an additional 8.8 centimetres to its width. It sports 20-inch forged rims that are 11 inches wide, with 305/35ZR20 Pirelli tires for gluing to the ground, and they’re packed over six-piston Brembo front brakes. Meanwhile, the Hellcat gets a horsepower bump, up from 707 to 717 ponies, and still offers a six-speed manual or eight-speed automatic.

The big question is what the Hellcat Redeye is like to drive, and the answer is, “Don’t know yet.” This was just a looker, not a driver, and the car won’t be in writers’ hands until later this summer. But I did get to drive another newbie to the Dodge lineup, the Charger SXT AWD

While it wasn’t the star of the show, the Charger also showed off some new items at the event, including a new SXT with AWD, and a GT in rear-wheel drive – adding AWD to SXT models, and rear-drive only to GT.

All use the company’s Pentastar 3.6L V6 engine, making 292 horsepower in the SXT and 300 horsepower in the GT, mated in both to an eight-speed automatic. I drove both on a handling course and can confirm that while you can move up to larger engine choices, the V6 is a great engine that should work fine for most drivers.

The all-wheel system uses an active transfer case that runs primarily in rear-wheel but can shift torque as needed to the front wheels. It remains in all-wheel when the temperature drops low enough that roads could potentially be slippery. When it’s in rear-wheel, the front axle electronically disconnects to improve fuel economy. The difference between the two cars was evident on some sharp curves: the all-wheel drive kicks in to hug tighter, and should be a popular choice in our climate for snowy or wet roads.

The 2019 Charger SRT Hellcat and Scat Pack 392 get some upgrades, including a new grille with dual air inlets, launch assist, and line lock. The Scat Pack receives a new launch control switch, while the Hellcat gets torque reserve, along with an after-run chiller that lowers the supercharger’s temperature once the engine is shut off. Also built in Canada, the new Charger lineup goes on sale in the third quarter of 2018.

About Jil McIntosh
Jil McIntosh writes about new cars, antique and classic cars, and the automotive industry. A member of the Automobile Journalists Association of Canada (AJAC), she has won several awards for her writing, including Journalist of the Year in 2016. In addition to testing new vehicles, she owns two from the 1940s.
Follow me
You may also like
AdChoices
Latest Articles