Years after iPhone-like reservation lineups snaked out of high-end malls in spring 2016, the long-awaited Tesla Model 3 compact sedan finally arrived in Canada in late May 2018. This was the vehicle that Tesla chairman and rock star leader Elon Musk vowed would bring electric vehicles to the mainstream, thanks to a combination of 346-plus kilometre (215 mile) range, high volume production, and a price that would start at US$35,000.

One colleague admitted they’d buy it just for that interior, even with a run-of-the-mill gas powertrain.

Though the car has arrived, that MSRP hasn’t – at least not yet. The Model 3’s current C$45,600 starting price listed on Tesla’s Canadian site is roughly the equivalent of the US$35K starting point; but the only ones being produced so far start at C$64,100. That’s because they are all equipped with a Premium package ($6,600) as well as the long-range battery (at a pricey $11,900) that takes range up to an official – and impressive – 499 km.

These prices stretch the definition of “mainstream” in Canada, but the upscale and tech-heavy Model 3 is still roughly in line with its closest market rivals – entry-luxe powerhouses such as the BMW 3 Series, Audi A4, and Mercedes-Benz C-Class sedans – and not the base versions, especially performance-wise.

We managed to rent one of the first Canadian units in the country from its owner to get a true understanding of what it was like to actually live with: to deplete and fill its battery, to charge it in multiple places and in multiple ways, and to actually have a chance to become acquainted with its technology and advanced interfaces the way owners would.

The generous Ontario electric vehicle rebate may not last long, or may be modified, as the recent provincial election brought in a government that vowed to eliminate the cap-and-trade system that funded various green initiatives, including the EV rebate. Officials at the Ministry of Transportation of Ontario had no comment regarding the rebate’s future when contacted this week. We likely won’t learn more until the official PC transition in late June.

What surprised me most was how well it handles, as well as how quick it feels. It’s on par with BMW’s 330i and 340i turbo inline-six models, with a 0–100 km/h time of about 5.5 seconds, according to Tesla, but high fours according to multiple dragstrip videos on the extensive Tesla forums.

Subjectively, the Model 3 provides super silent but amazing instant pickup. The ride is a little harsh, with Elon himself saying lowering tire pressures may help a bit, with a slight 1–2 percent decrease in range.

Handling is lots of fun, with a nice taut feel through highway ramps and a present but minimal amount of body lean, much less than the much heavier and pricier Model S sedan or X crossover. There’s enough instant torque to get the back end wiggling on dry pavement, and enough to recommend extra caution when coming out of a car wash.

On the plus side, and there are many, let’s start with its looks. It attracted a lot of attention, but it’s hard to say whether that’s because it’s a four-wheeled celebrity or a general knockout. The general consensus is that the car looks much better without the lightweight wheel caps that improve aerodynamics by a few percentage points – they can be removed easily without tools as one large piece.

Gettin’ tech-y with it

It’s truly the interior design that wows folks – and prompted one colleague to admit they’d buy it just for that interior, even with a run-of-the-mill gas powertrain. There’s literally nothing to see once you step inside, outside of the large 15-inch central screen, with no gauges, vents, dials, or even a latch to open the glove compartment.

Like the Toyota Prius, drivers must orient themselves to view the speedometer in the centre of the car, at the top left of the large centre screen in the Model 3. Basic vehicle, phone, climate control, seat, and audio functions are accessed through large icons along the bottom of the screen – selecting each one brings up a variety of other functions that can be controlled through the jog dials on the steering wheel.

No AM or satellite radio here, although there are digital versions of many AM stations accessible through the Model 3’s permanently embedded SIM card.

The massive panoramic roof comes standard, which meshes with a large and steeply raked front windshield to allow an exotic-car-like view from the driver’s seat. Only the tips of the fender tops are visible for visual reference, with Tesla’s advanced proximity sensor telling you exactly how close you are to objects all around the car – in millimetres!

It’s roomy and spacious in front and back – the large battery stays out of the way, forming the backbone of the car’s structure running underneath the driver’s feet. It’s officially listed as a mid-size car by the EPA, compared to the 3 Series/A4/C-Class triumvirate, all listed as compacts by the same agency.

Helping this designation is the front trunk, or the frunk, which is not nearly as deep as the one in a Model S or X. But its 425 litres of total cargo space is helped by very little strut and wheel intrusion in the trunk, as well as 60/40 fold-down seats.

From a practical perspective, a full charge to Tesla’s recommended 90 percent level gives an estimated range of 450 km, which is enough for most folks to do multiple days of driving without needing to charge, though most owners will be charging overnight.

For longer trips, Tesla’s grid of quick charging stations is most extensive out there and the simplest to use. We also tried out the growing network of new urban Superchargers, designed for city dwellers who may not have easy access to a garage and overnight charging.

As for the 450 km of estimated range we saw after a couple full charges (to 90 percent): those numbers actually seemed fairly realistic. Clearly, it’ll be lower in the deep winter – and if you enjoy tapping into that instant acceleration – but overall, it’s at the top of the battery-electric business, only roughly 40 km less than the longest-range Model S sedan.

And now the issues. To get in, there’s no key fob, only a black, credit card-sized, Tesla-branded key card that has to be placed on the driver’s pillar to unlock the car; which then needs to be placed near the cupholders for the car to start. Owners are encouraged to register the card to the Tesla app on their smartphones, which allows the car to sense the phone automatically. I witnessed it in action for the car’s owner, but since you need the super secret “owner code”, it’s a non-starter for someone just borrowing the car, even if they have the Tesla app, which is understandable for security reasons.

Problem is, going through Tesla Model 3 forums, it doesn’t work all the time for many owners either. One owner’s poll showed that over half of all Android users experience a phone key failure rate of over 25 percent, with iPhone users generally having more luck, with over half experiencing no problems at all; crucially, the majority of buyers who responded, whether using Android or iPhone, have experienced at least occasional issues. With only 153 respondents, this poll may not be scientifically accurate, but there’s a clear appetite for a solution that simply always works – maybe even a traditional key fob? 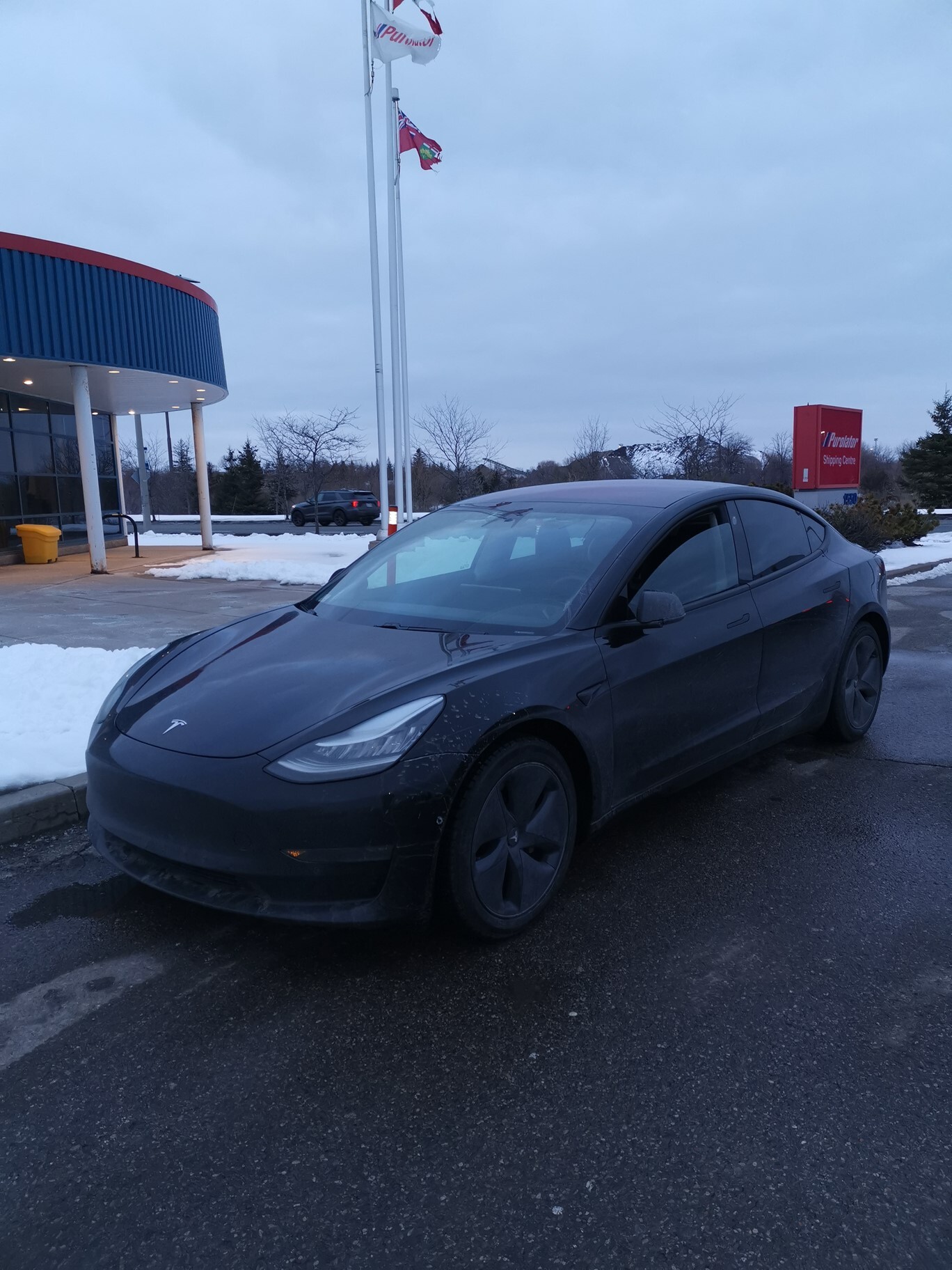 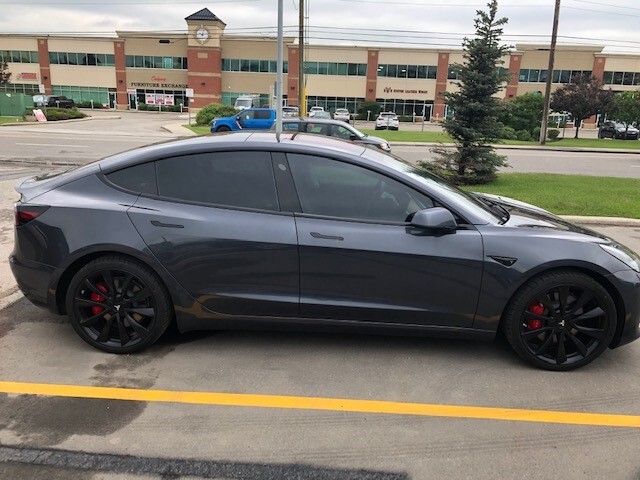 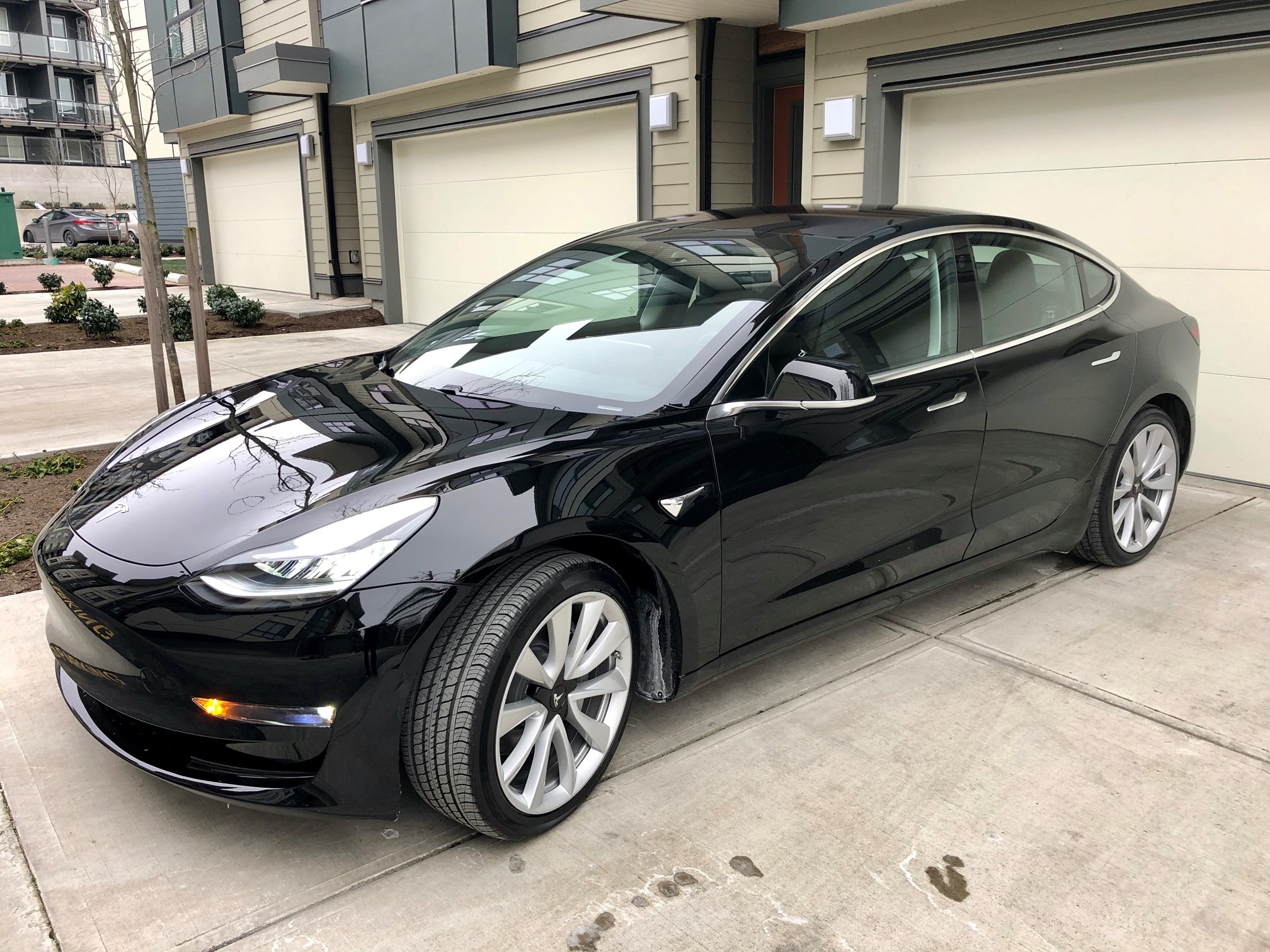 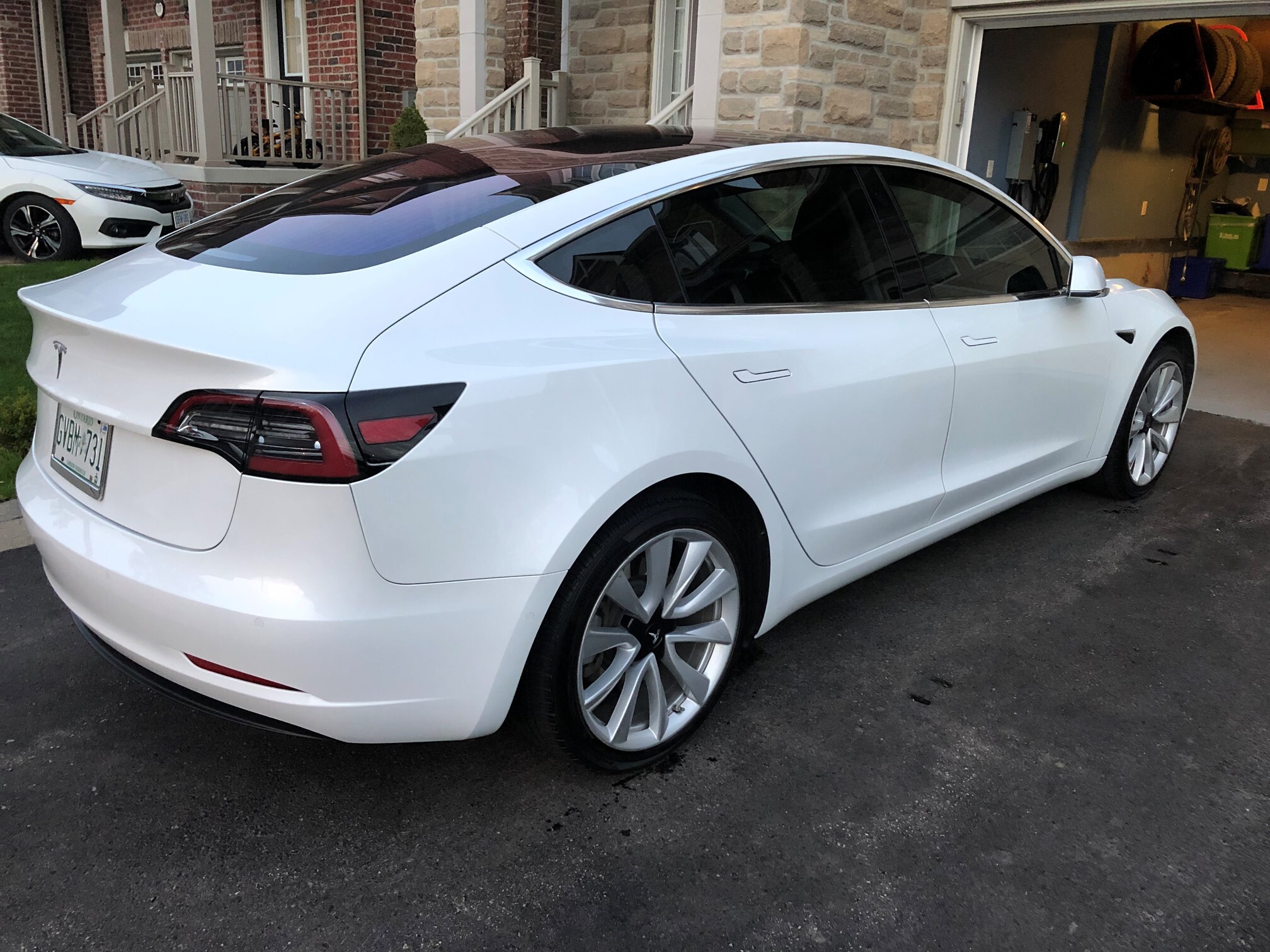 Also, the Bluetooth connection to my iPhone 7 also kept cutting in and out, which not only made phone calls difficult, but made the playing of podcasts or other phone content impossible.

Hopefully, minor issues such as this – whether phone- or car-related – can be fixed with an over-the-air software update, like the one we saw during our time with the car.

Tougher to fix are the panel gaps that don’t seem uniform throughout the car. It’s a complaint common to Tesla products – which have tended to improve over time – but won’t inspire confidence among detail-oriented buyers.

The Model 3 certainly seems the way of the future, but the future is where prospective buyers will have to look when it comes to attention to detail and early-adopter issues. Despite the complaints, the Model 3 is a technological tour de force, and like other Teslas, makes its rivals look like relics of a pre-digital age.

About Michael Bettencourt
Michael Bettencourt has been writing about cars and automotive topics for over 25 years, with over two decades as a member of the Automobile Journalists Association of Canada (AJAC). A journalism graduate of Ryerson University, he has won multiple awards for technical, vehicle testing, and green vehicle writing. Currently a judge for the Electric Vehicle Dealer’s Association awards, he bought his first EV in 2011, and follows the EV industry closely.
Follow me
You may also like
7.8