Capability. It’s what Land Rover has been about since Day One. The ability to go just about anywhere, regardless of whether someone had bothered to build a road or not. Over the years, Land Rover has added more and more luxury with each successive generation. Now, the iconic Discovery has traded upright and functional for sleek and fashionable.

More luxurious, and more practical, but can it still discover? Of course.

So does the 2018 Land Rover Discovery still offer the capability of old, or has style and luxury taken over the go-anywhere SUV? Maybe more importantly: should glamour win out over ruggedness on a vehicle that may never see more off-road duty than parking on a grassy lawn at an overflowing parking lot?

The 2018 Discovery starts with an all-aluminum chassis that helps cut the weight of the new model by an absolutely massive 410 kg. The entire side of the body is a single piece, as is the floorpan, which Land Rover says makes the new model stiffer and stronger. It certainly feels that way. Even off-road, with a wheel in the air, the doors and hatch open and close as smoothly and solidly as with all four on the ground.

The styling has gone from the extremely upright and blocky forms of the last four generations to something that looks more at home on the high street than in the field. More Rodeo Drive than rodeo. Evoque, not Defender. But the new design looks good. It’s more aerodynamically efficient too, and it still has short overhangs that maximise approach and departure angles. (Should you forget just what those angles are, the off-road info display will remind you.) And while the asymmetrical new hatch has taken criticism for the offset licence plate location, take a look at the previous four generations of Disco: they’ve all had that same left-side plate design.

Under the bonnet of my Discovery tester is the Si6 gas engine, a 3.0L V6 with a supercharger on top to help push out 340 hp and 332 lb-ft of torque. Once it builds up a head of steam, the engine helps make the 2,155 kg Discovery feel lighter than it is. But it suffers from sluggish throttle tip-in. Pull away from a stop and the Discovery takes a bit of a pause while it decides if it wants to get moving; just a quick break while it weighs the orders your right foot has given. Once it makes up its mind, though, it leaps forward, throwing you back into the 16-way power-adjustable Windsor leather front seats.

The headrest mounted on top of these very supportive massage seats is soft, which is good since you’ll encounter it quite often from that snap when getting underway. On the move, that acceleration delay is gone. The eight-speed automatic is quick to drop gears and accelerate in town or on the highway. The 340 hp V6 feels stronger than it looks on paper, and pulls like the proverbial freight train. Like that train, it takes a few seconds to get started. That makes for some tense moments at stop signs and lights, and earned me dirty looks from my four-legged back seat passenger, who struggled to get a purchase on the seats against the sudden acceleration. It left me looking for a non-existent Eco mode that I had somehow failed to disengage.

It’d be a welcome addition – this engine is thirsty. It’s rated for 13.3 L/100 km combined, and my week’s mostly rural driving averaged around 14 L/100 km. That’s the price of an off-road-ready all-wheel drive system, with locking diffs in the middle and at the rear, but Land Rover offers a diesel option that will be much more friendly at the pumps. The interior shows some thoughtful touches from the Land Rover design team. Like the dash top that is made from a strangely dark material that looks unusual, but completely stops the windshield glare that plastic and leather dashboards suffer from. If you want places for your maps, toll tickets, phone chargers, or the kitchen sink, the Discovery has you covered.

It starts with the massive space under the armrest; give the cup holders a push and they too open up to reveal another large space and a hidden USB port. There are two glove compartments and another door in the dash with a compartment hidden behind. That’s 26 L of storage just in the front seats, before adding in the space in the door pockets. It’s not limited to the front either: passengers in all three rows get storage compartments and USB charging ports.

This is a three-row crossover, and Land Rover has done its best to make sure all three rows get a luxury experience. Heated seats are on the menu for even the third row, with four-zone climate control, and with the driver able to operate the front and middle heat controls from the infotainment system. The driver can also drop the headrests for all of the rear seats for better visibility, and even power-fold them, from that screen. Even on the move.

You can do it from anywhere, really, since it’s one of the features you can control from Land Rover’s new smartphone app. If that’s not enough, there are redundant controls on the second-row door frames and in the rear hatch opening. Those third-row seats are designed for adults up to 1.9 m tall, and while it’s not quite cavernous back there, the seats are definitely usable for adults on a daily basis – it’s the climb back to those seats that can be a bit of a challenge, even with the sliding middle row.

Land Rover’s new Touch Pro infotainment software looks impressive, with clean and modern graphics on a 10.2-inch touchscreen. It’s also easy to control, but the smartphone integration still lacks the seamless integration of systems using Apple CarPlay and Android Auto. Making up for that is the 14-speaker, 825-watt Meridian sound system. It delivers clear, crisp, and loud sound so you can blast an appropriate soundtrack through the panoramic sunroof while you explore new worlds and conquer new lands. Like the mall on the other side of town.

Gone is the traditional Land Rover split tailgate – Land Rover says that the one-piece gate offers a larger opening to put cargo in. But it hasn’t forgotten about drivers who need a tailgate seat to change out of their wellies. The cargo floor has a platform that folds up with the gate closed to stay out of the way, and folds down with the tailgate open to give you a place to sit. And while it might look a little flimsy, Land Rover says it’s designed to support 300 kg. So sit away!

Impeccable manners, on-road and off

Land Rover has made the Discovery more luxurious, and they’ve made it more practical, but can it still discover? Of course. This SUV has a low-range transfer case and full-time four-wheel drive. With the air suspension, it can ford 900 mm of water with an on-screen display that tells you how much deeper you can go, although I was reluctant to go through anything deeper than the bottom of the doors.

That’s combined with 283 mm of ground clearance thanks to the air suspension’s ability to lift up by 75 mm to help you clear off-road obstacles. It can even drop by 40 mm to help you get in and out. Which is good, because even dropped, this is a tall crossover. That means excellent visibility over traffic, but a bit of a climb in and out. The new all-terrain progress control system is like cruise control for crawling. A tap of the button and the Discovery will plod along across nearly everything in its way at your set speed. Up or down hills up to 45 degrees and side slopes up to 35. The biggest limitation to the stock Discovery’s off-road prowess is the on-road-oriented choice of tires. The Terrain Response 2 system is capable of impressive power shuffling – put on some chunkier rubber and you won’t worry about sharp rocks or mud.

With the air suspension and corner brake control, the Discovery can handle on-road challenges too. But that means more than just twisty roads, where the corner braking will help tuck in the nose to reduce understeer while the suspension controls body roll. It can also handle the increasingly crumbled roads that mar both city centres and rural highways.

The transition from pothole season to construction season can challenge even on-road-biased crossovers, and I drove through a few spots where the extra ground clearance was handy. On-road, it eats road craters for breakfast. Off-road, it’s comfortable crunching over fallen trees and traversing muddy rock faces. (With apologies to the dirt-bike riders I briefly held up when I gave up trying to find a trail too rough for the Discovery to handle and turned around to head back to camp.) 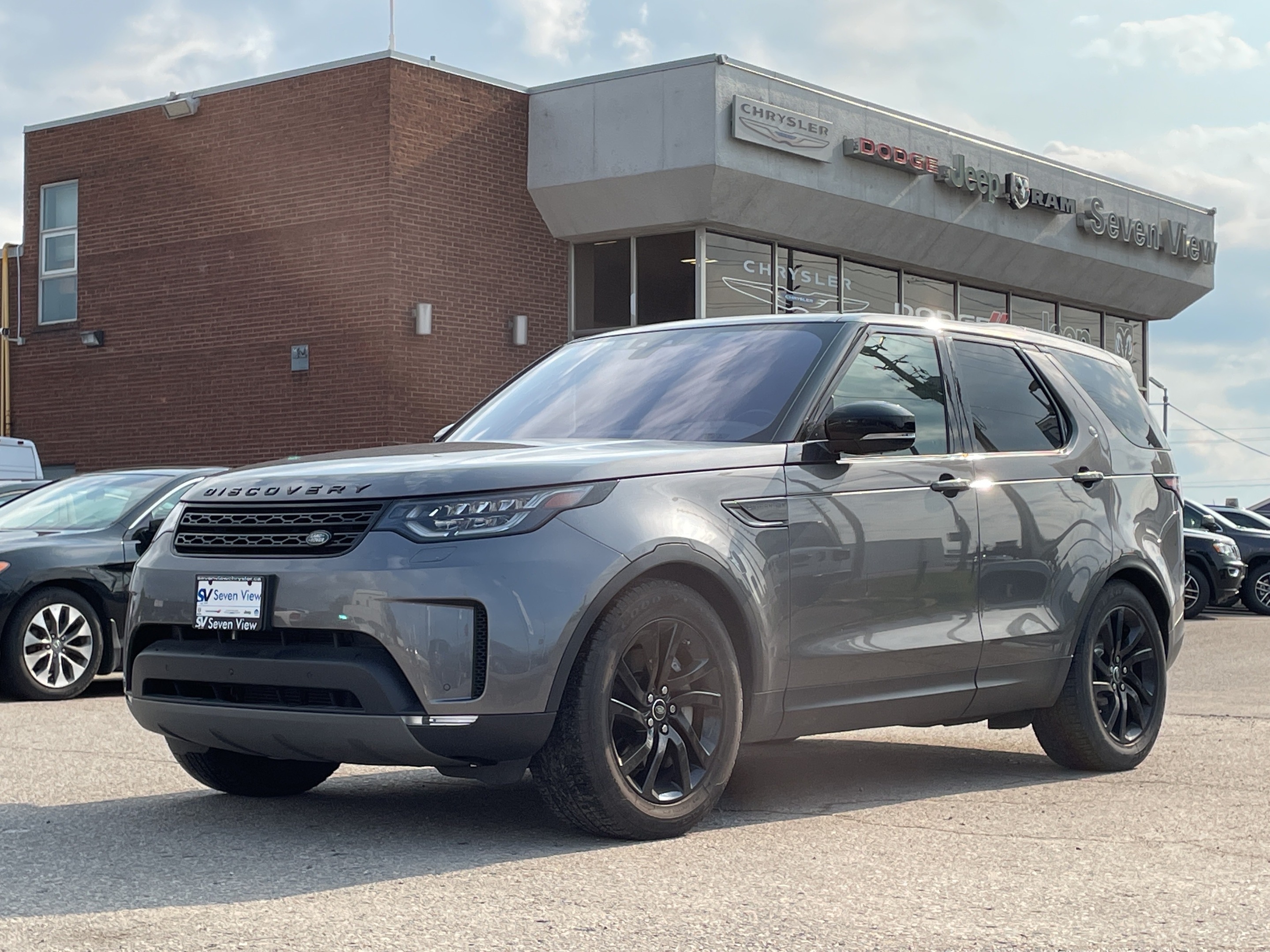 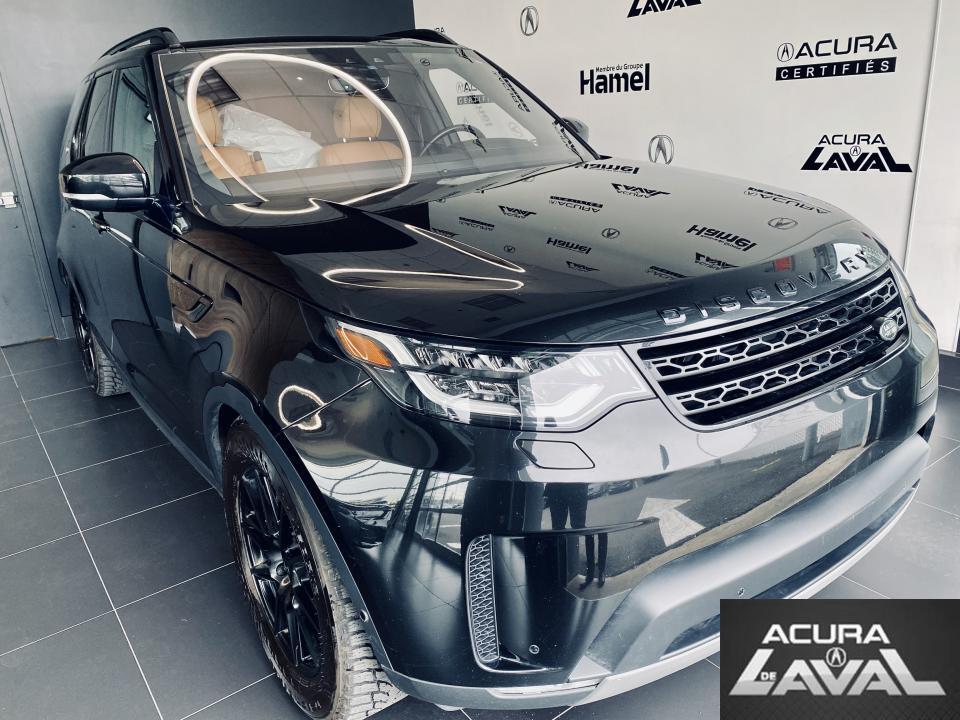 And that capability is what Land Rover is really about. The ability to go nearly anywhere at any time is the true luxury experience. Even if the most you use of it is traversing potholes or taking the twin-track dirt road to the cottage on the weekend, it’s there should you choose to use it. Comforting, like an old sweater or a warm quilt.

The Discovery, then LR4, and now Discovery again has always offered that along with impressive interior luxury and amenities. This new model doesn’t lose any of its off-road grit. It’s just wrapped in a more attractive and fashion-forward package. Which is probably all that potential buyers are looking for.

About Evan Williams
Evan has been covering cars for close to five years, but has been reading about them since he was 2. He's a certified engineering technologist and a member of AJAC. If it moves and has an engine, Evan's probably interested in it.
Follow me
You may also like
7.7