Gosh, these roads are narrow.

That was my thought as I traced the edges of Portugal’s Douro Valley in the 2019 Audi A6. Here, more attention is paid, quite rightly, to the grapevines that supply the world with Port wine than the ribbons of pavement that connect them.

This is a beautiful, peaceful, yet very busy place. Tour buses rip around hairpin turns, jalopies trundle along at well below the speed limit, and pedestrians walk between villages not caring a whit that the roads have neither sidewalks nor shoulders.

In a place like this, a nimble and responsive car makes a big difference. And in spite of its five metres of length, the new 2019 Audi A6 delivers on those traits in this environment – albeit more so in some configurations than others.

Both engines are fitted with a mild hybrid system as standard, which uses a belt alternator starter and a 48-volt lithium-ion battery to allow the car to coast at speeds between 55 and 160 km/h for up to 40 seconds, saving up to 0.7 L/100 km. The battery has been added without taking away any trunk space, which remains the same at 530 litres.

While the previous generation came with an eight-speed Tiptronic transmission, the new one comes with a seven-speed S tronic dual-clutch. I haven’t always found Audi’s DCTs to be intuitive or inspiring, but this one is wonderfully smooth and effortless.

All models will be equipped with standard quattro all-wheel drive that uses a self-locking centre differential and rear-axle torque distribution.

There are four suspensions available, and this is where things get interesting: The standard suspension is a conventional steel-spring setup, which understandably feels very poised and flat but otherwise unremarkable. It makes the A6 a capable and comfortable sedan, if not especially inspiring.

The top-of-the-line setup, on the other hand, is an adaptive air suspension with controlled damping and available rear-axle steering. These features, along with the direct feel of the progressive steering, liven the A6 up considerably, almost to the point of making it feel like a different car. What was once functional is suddenly highly entertaining – impressive for a car in a class where that’s often not a priority.

Another option is the sport suspension, or one with damper control but without adaptive air suspension.

Audi says the new A6 is, like the new A8 and A7 that have come before it, an “expressive ambassador of the new Audi design language.” I’ve always appreciated Audi’s clean and simple styling approach, but the new exterior design, while attractive, isn’t exactly a departure.

Increasing the size of the grille does go a long way to improve the A6’s first impression, as do the clean lines of the 32-LED headlamps. The shoulder lines have been refined somewhat and the wheel designs are slightly more intricate, but that’s about the extent of any dramatic changes. It’s enough to give the A6 a drag coefficient of 0.25, though, allowing it to go from zero to 100 km/h in 5.1 seconds.

The interior is a completely different story. It’s now 21 mm longer with 8 mm more headroom in the front row and 11 mm in the back along with 17 mm of additional second-row leg room. Between the tiered control screens, the low-profile shifter, and the extended dashboard details with available large panels of wood trim, the inside of the A6 has gone from piecemeal humdrum to clean lines and premium surfaces. (I do worry that all of that piano black finish and shelf-like detailing will be a magnet for dust and fingerprints, though.)

Success of two screens remains to be seen

The one thing I’m not sold on is the bottom control screen.

The highly customizable instrument cluster is great, especially in homes with multiple drivers who might have different priorities. The topmost screen is very good, too – it’s easy to use and has a home screen that’s laid out like a smartphone, and it can store seven user profiles to configure up to 400 different user preference parameters. And like many Audi products, the A6 is expected to come with Apple CarPlay and Android Auto compatibility as it has already for a couple of years.

On the bottom screen is where functions like HVAC, heated and ventilated seats, drive modes, and some driver assistance features are configured, including text entry. As screen implementations of these controls go, this one is better than most – it gives haptic and acoustic feedback so that you know if you’ve successfully hit the part of the screen you were hoping for without necessarily having to look away from the road.

However, I wasn’t able to get a good read on whether it would become easier to learn the locations of the important features over time, to mitigate the stab-and-miss factor. On my brief test drive, I didn’t have much luck.

Full packaging details will be announced at a later date, but there are a couple of cool driver assistance features in particular worth drawing attention toward: the active cruise control has a predictive efficiency assist system that uses GPS and road sign data to plot out more efficient drive patterns, and narrow-road assist will gently countersteer away when a lane becomes partially blocked or the car comes too close to the edge – a boon on those tight Douro Valley roads.

Audi A6 available on autoTRADER.ca 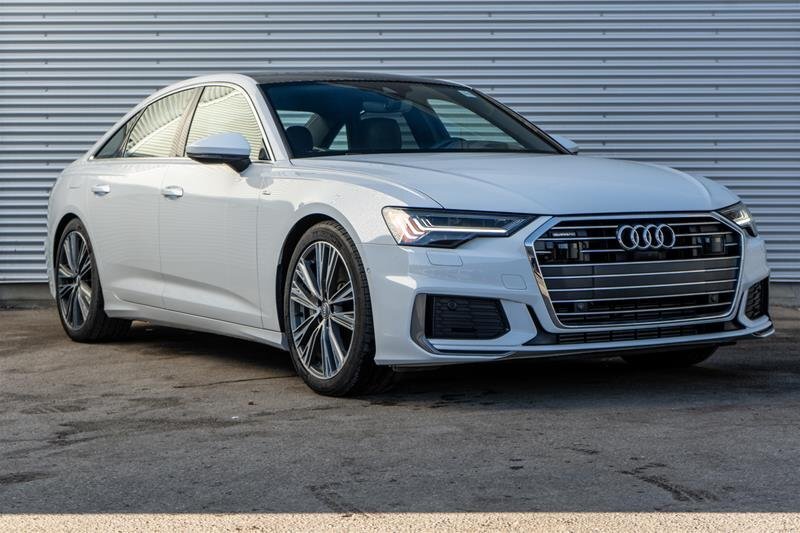 While its exterior styling remains conservative and its extended screen layout may require a learning curve, those who prioritize drive experience will want to give the A6 a long and hard look. Despite otherwise being a very traditional mid-size luxury sedan, its smooth and responsive powertrain – particularly when equipped with the air suspension and all-wheel steering – set it up to be among the best-handling vehicles in its class. And as a bonus, it should be good on gas, too.

The 2019 Audi A6 is due to arrive in dealerships in the fourth quarter of this year.