An often-ignored reality in the horsepower wars is that once you reach a certain threshold, more isn’t necessarily better – at least not for street use. Sure, you want enough power to make the car quick and fun, but if it’s impossible to ever deploy more than 50 percent of the car’s potential for fear of losing your licence, where’s the joy in that?

Seriously, would you really want all the fun to be over in three seconds flat?

The Civic Si Coupe is just such a car – indeed it even has what looks like a biplane wing bolted to the trunk lid. Replacing the peaky, high-revving i-VTEC motor of previous Si models is a 1.5L turbocharged four-cylinder powerplant that uses different pistons and a bigger turbocharger than the regular Civic to net 205 hp and 192 lb-ft of torque.

These aren’t massive numbers by any means, but with a reasonably svelte curb weight of 1,330 kg, a lovely snickety-shifting six-speed manual transmission, and a light, easy-to-modulate clutch, the Si Coupe will zip from zero to 100 km/h in less than seven seconds, squawking its tires when you shift and plastering a smile on your face as it does so. Seriously, would you really want all the fun to be over in three seconds flat?

The Si Coupe is also blessed with one of the best front-drive chasses available. Torque steer has been tamed so that it’s a negligible factor, and in terms of handling the car is quite sublime. It responds precisely and instantaneously to steering inputs, and sticks to the road like proverbial glue, aided by what Honda calls its Agile Handling Assist system, which uses barely perceptible dynamic braking inputs to correct impending understeer or oversteer.

If there’s room for improvement from a driving perspective, it would be in the pedal placement (I found the pedals a bit widely spaced for easy heel-and-toe downshifts), exhaust tuning (the engine sounds entertainingly lusty but a bit coarse), throttle return (the revs seem to “hang” for a second when upshifting, which I’ve heard may be related to emissions requirements), and park brake setup (it’s electrically operated, which is slow, fiddly to operate, and puts the kibosh on J-turns in the snow).

Other than that, the driving experience is near perfect.

Where the Si Coupe does differ significantly from an acrobatic biplane is that it’s far more practical. Admittedly it’s not as all-out practical as hot-hatch competitors like the Volkswagen Golf GTI or Ford Focus ST, but thanks to its family car roots it has a reasonably spacious back seat. Leg room is good, although headroom can get a bit tight for those much over 5'10". The 289 L trunk makes it far more useable day-to-day than other sport-minded coupes like the Toyota 86 or Subaru BRZ.

Aside from the beefed-up engine, the essential go-fast bits differentiating the Si from run-of-the-mill Civics include a limited-slip differential, active damper system, and nice-looking 18-inch alloy wheels, versus 17s for the EX-T and Touring. The suspension is also retuned, with quicker-ratio steering, revised bushings, firmer springing, and stiffer anti-roll bars.

Inside, you get deeply bolstered and superbly supportive sport seats trimmed with the Si logo, red accent stitching scattered throughout (including on the seats, door trim, steering wheel, and gearshift boot), aluminum sport pedals, and carbon-fibre appearance trim on the dash, echoed to good effect by matching panels in the seats. Where the regular Civics get an Eco button to dull the throttle response in an attempt to maximize fuel economy, the Si gets a Sport button that sharpens the throttle response, adds weight to the steering, and firms up the ride from “sport-oriented yet compliant” to just “sport-oriented” without the compliance.

Look-fast bits include not-so-subtle revised front and rear fasciae (can you say “massive faux air intakes”?), blacked-out grille, a trapezoidal centre-mounted exhaust, and the previously mentioned rear wing. If you’re still in touch with your inner 15-year-old, it’s a look that’s every bit as excellent as the driving experience, although some may find it a bit overwrought.

Personally I get what Honda is aiming for with the appearance package, but I’d prefer something a little more subtle, a sort of Si-Q (for those who remember what a Q-ship is).

While the Si’s mechanical tweaks set it apart from regular Civics, it’s sold as a trim level within the Civic family, so there’s one price – $29,090 not including freight – and one equipment package that sits somewhere between the EX-T and Touring. The six-speed manual is the only available transmission, and in addition to the Si-specific goodies discussed above, you get dual-zone air conditioning, a power moonroof, fog lights, heated power mirrors, LED turn signals and taillights, speed-sensing intermittent wipers, cruise control, heated front seats, multi-angle rearview camera with dynamic guidelines, proximity entry with push-button start, theft alarm, wireless phone charging pad, and lane-watch camera system.

This last item I’m not completely sold on, as it seems to me that when changing lanes you should be encouraged to keep your head up, not be staring at the central display screen. 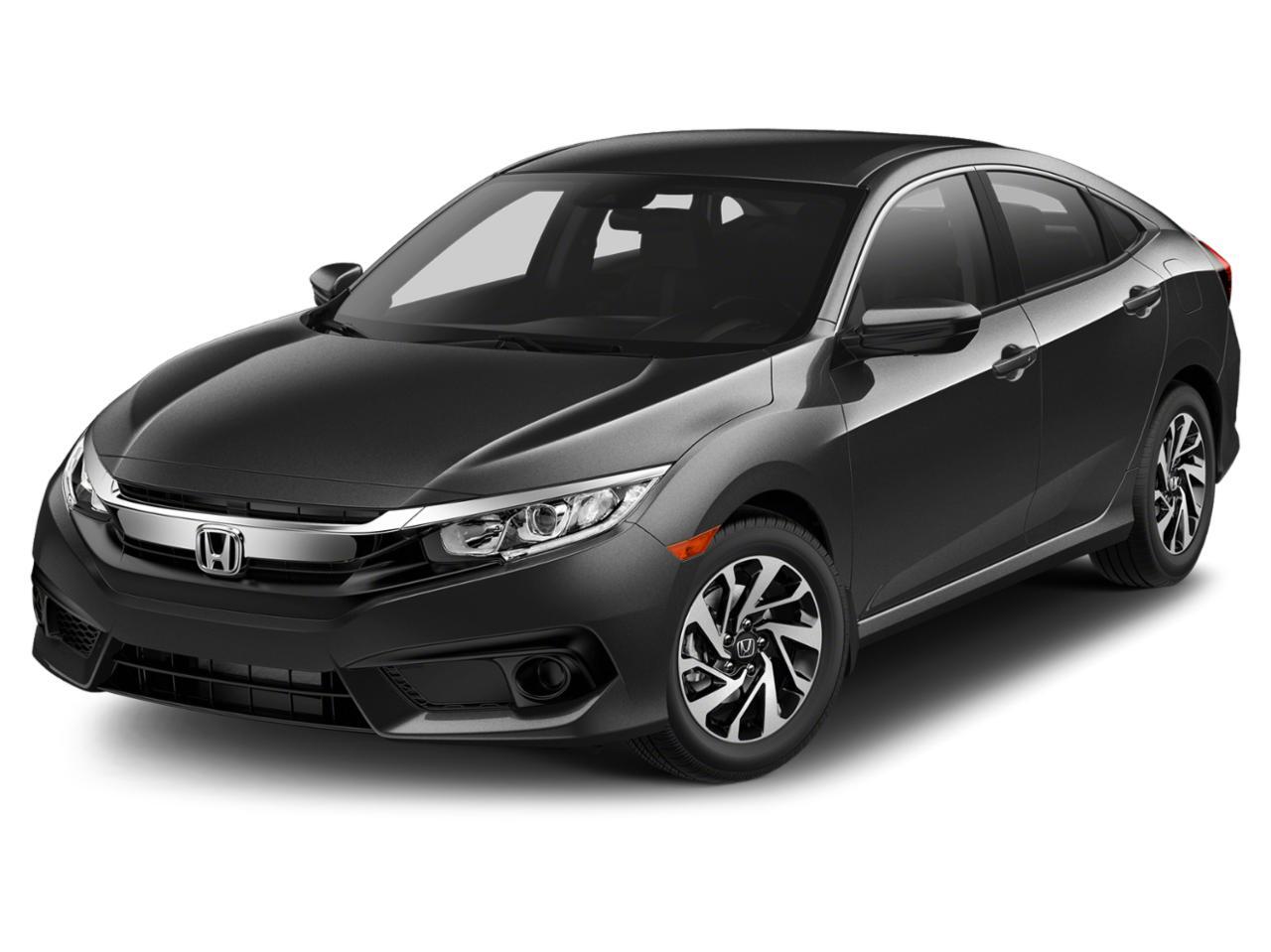 I was generally quite happy with this system, apart from its infuriating lack of proper volume and tuning knobs. Certainly the display is crisp and good-looking, and the system operates reasonably intuitively and without any perceptible lag.

Standard safety equipment includes anti-lock brakes, vehicle stability assist, and all the expected airbags. What you don’t get on the Si is any of the Honda Sensing active safety gear that’s available on the LX and EX-T and is standard on the Touring. So no collision mitigation braking system, no forward collision warning system, no lane-keeping assist or lane-departure warning, no road-departure mitigation system, and no adaptive cruise control.

Nope, the Si is a driver’s car, and the driver is expected to pay attention and avoid hitting things without assistance from electronic nannies.

The good news is this means that the Civic Si won’t end up getting banned from track events like some high-performance cars with collision avoidance technology have been. And if you do mess things up, the Civic Si has good IIHS safety ratings across the board.

The car wants 91 octane fuel, so that adds a little to the fuel bill, but on a smiles-per-litre basis, it’s an absolute champ.

From a competitive standpoint the Civic Si is priced close to base-trim rivals like the Subaru WRX ($29,995), Golf GTI ($30,595), and Ford Focus ST ($32,298), but it comes equipped with features that the competition only offers in higher trim levels costing several thousand dollars more. In that sense, the Si is a bit of a value leader – a superb-handling, turbocharged, fun-to-drive value leader. Which means that while it may not actually be a hot-hatch, it follows the hot-hatch recipe perfectly.

About Simon Hill
Simon Hill rebuilt his first engine, an air-cooled Volkswagen, at 14. He started writing professionally about cars in 2009 and was also the editor of Boat Journal magazine. He lives in Vancouver, BC.
You may also like
7.7