Fire up the 2018 BMW M760Li from dead cold, there’s that extra moment of starter cranking to suggest something substantial is stirring from slumber. The starter free-spins a moment, pre-spooling with a smooth whirr, before the engine awakens. There’s none of the rapid chirping of a regular starter motor, and you imagine a similar noise when starting a fighter jet, or a large piece of earth-moving equipment. I heard a Lamborghini Aventador start its engine once at a gas station. It was a similar thing.

Engineers have taken the ride versus handling compromise, and punched it in the throat.

The M760’s doesn’t have the same breed of yelping rev-monster V12 as you’ll find in a face-peeling Italian supercar, but it did lend itself to making my tester one of the most unique luxury cars on the road. Specifically, this is BMW’s biggest car, powered by their biggest engine. It’s a flagship is gushing with style, design touches, tech, features, and safety gear that’ll fill a gene pool from which future products will draw – even if the engine definitely won’t.

The V12 is becoming very rare, on the path to extinction. Used to be, to make big power, you needed this many cylinders. Today, you don’t. But you still can – and if you do, the vehicle in question provides a home for a dying breed of very special powerplant.

It’s a status symbol. A luxury plaything for bosses, CEOs, big-dollar ballers, and the like. A rolling collection of BMW’s latest and greatest, designed by their best and brightest. And it’s all double-stuffed with features that make normal folks with normal bank accounts shake their heads and shrug and swear.

And, that engine. The 6.6-litre power unit is direct-injected, uses twin turbochargers with liquid-to-air charge coolers, and is teamed up with an eight-speed automatic. Behind that is xDrive AWD with rear-wheel bias, and an active exhaust system.

I loved driving the tester gently. In no rush. While unwinding.

In this sort of driving, the engine is remarkable: mountains of pulling power engage with millimetres of throttle input, almost no sound, and without the tachometer needle ever moving much from idle. Performance and output figures are incredible, and equally so the totally unbothered feel when gently oozing around. For something with so much explosive thrust at the ready, the M760 is an expert comfy cruiser.

Everything is buttery. The ride? Buttery. The brake feel? Buttery. The gearbox? Feels like it’s filled with the creamiest of luxury Gay Lea. Right down to the action of the turn signal and door handles and window switches, this feel infuses the whole machine.

And, thanks to the air suspension and numerous high-tech deployments throughout the chassis, the tester turned in about the best ride quality I’ve ever come across, but also, that detailed and fine-tuned response to all inputs expected of a sporty BMW.

With the ability to re-jigger the steering weight and ratio on the fly, low-speed driving sees this lengthy lounge easily manipulated with just one finger, though steering it heavies and firms at speed. Corner hard, and the body stays flat and tidy. The M760 rarely feels like its struggling with its (substantial) mass, even when pushed. All said, engineers have taken the ride versus handling compromise, and punched it in the throat.

The tester’s Li designation indicates the extended wheelbase, which makes more room in the rear for some remarkable optional rear seating provisions.

There are TVs. A removable tablet for remote-controlling just about any on-board feature. Heated, chilled, and massaging seats, with sunshades all around. You can even set the rear passenger seat into Comfort Position, which allows the occupant to lay back with their feet up on a motorized fold-out footrest, and take a snooze. A slide-out tabletop can be pulled into place from the rear centre console, for your laptop or a snack. It’s all just a pretty flight attendant with a tray of fancy smoothies away from an executive-class air flight. And sitting upright, legroom is massive: you could practically play tennis back here.

The M760 even smells luxurious, thanks to computer-deployable scents that can be wafted into the cabin. Drivers can twirl a finger in the air to raise the stereo volume. Or take a break from steering for a few seconds, because the car can do it for you, and does it well. Or use a remote control to stick the M760 into a parking space (or back it out of one) while standing outside. The optional Bowers and Wilkins stereo system also, literally, uses diamonds in the speaker drivers, and runs wattage on par with a small hydro dam.

What a time to be alive.

Drivers tuck in behind a gorgeously vivid, all-digital instrument cluster that’s techy, busy, highly animated, and crystal clear. Nearby, the finishes, colours, textures, and interfaces are inspired by the latest in fashion, architecture, home décor, and high-end electronics. The climate control, can be manipulated via a mini touch-screen with embedded tactile bumps. The braided piping and quilted, perforated leather looks like something from a fashion show, and not the weird kind with the man-onesies and trash can lids and shoes with fish swimming inside. Hell, there’s even leather inside of the door storage cubbies, because of course there is.

Most any interface or console familiar from other BMW models is enhanced, usually with a more upscale material, to help further swankify the cockpit. So, those coming into an M760 from, say, a 5 Series, will feel right at home – but also like they’ve moved up into a higher realm of luxury.

But all the comfort, luxury, and glamorous design are only about half of story with this machine. You might even say the M760 is two cars in one.

The first, as covered, is a 7 Series: that is, a luminous, leather-lined hovercraft that barely feels like it’s working, or bothered, or doing much of anything more than simply gushing you opulently down the road.

The second car is characterized by the little “M” badge, and is a machine built around some remarkable numbers.

Output, for one. The engine generates 600 horsepower, and 590 lb-ft of torque. So there’s that.

Even more wild? The acceleration. This roadgoing posh-yacht, with its massage seats and cabin deodorizer system and hundreds of pounds of velvety hide, can do 0–100 km/h in 3.7 seconds. That’s faster than a 911 GT3 – not bad for a four-wheeled luxury spa.

“Excessive” and “explosive” are apt descriptors for the power output, which is massive, but gentle. Even accelerating at a rate you’re certain will peel the paint from the body, the engine never feels like its working outside of a very big comfort zone. There are big, tall gears, and the huge torque blasts through all of them. It’s like picking off tin cans, with a shotgun. Blam! Second. Blam! Third. Blam! Fourth.

Careful, though: the first time you enjoy a few redline upshifts and then look at the speedometer, your eyes may try to launch out of your face. Then, once you start breathing again, you’ll gasp, drill the brakes, check your surroundings, and say a little prayer that nobody with a ticket book and a radar gun saw, or heard, what you just did. Then, you assign this occurrence as a little secret between you and the car, and promise yourself it’ll never happen again.

The rate at which the M760 accumulates forward velocity is nearly horrifying. Top out third gear, and you’re going to jail in any locale with a speed limit – and there are five gears left after that. All the while, the experience feels so polished and natural and in its element that your brain gets no signal to lift your foot. Getting carried away with this V12, at full song, for more than a few seconds, will cost you dearly.

The soundtrack is addictive. In gentle driving, it sounds like a big V8 throbbing away in the background, if you can hear it at all. Opened up, it resembles a sweet little high-revving V8, with more of a howl coming online as the tachometer closes in on a 7,000 rpm redline. It’s hard to peg the sound – sort of like a V8, sort of exotic, and more smooth and mellow than thudding. Imagine the howl of a carbon-fibre velociraptor firing a laser weapon in a firestorm, and you’re in the ballpark. 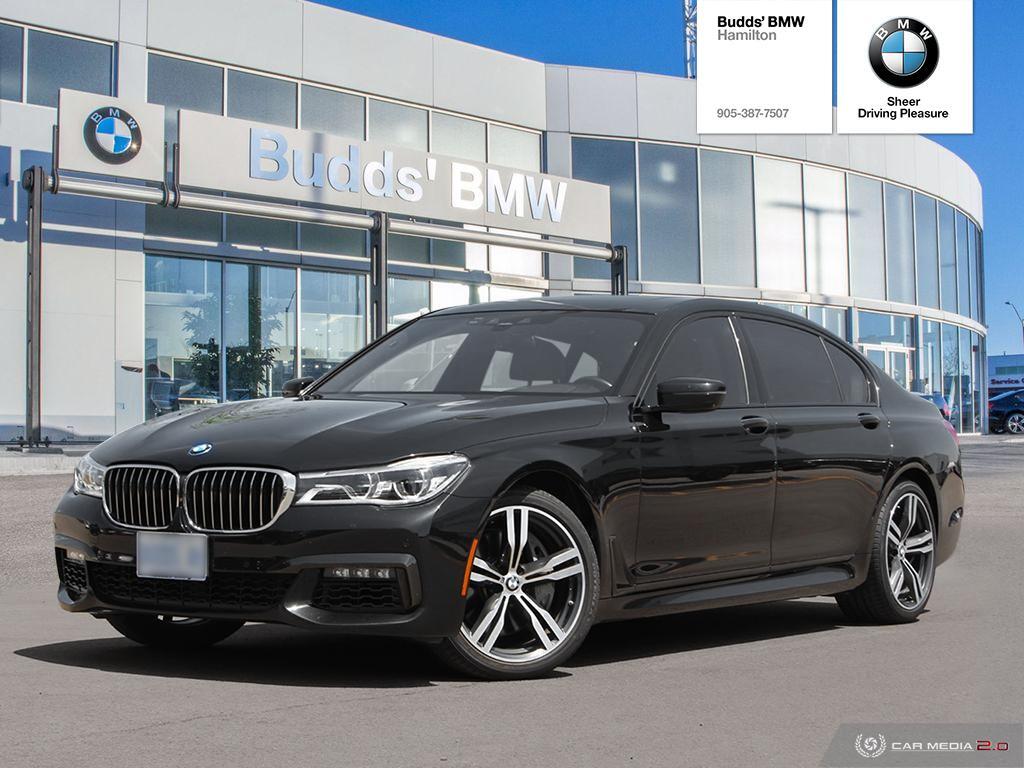 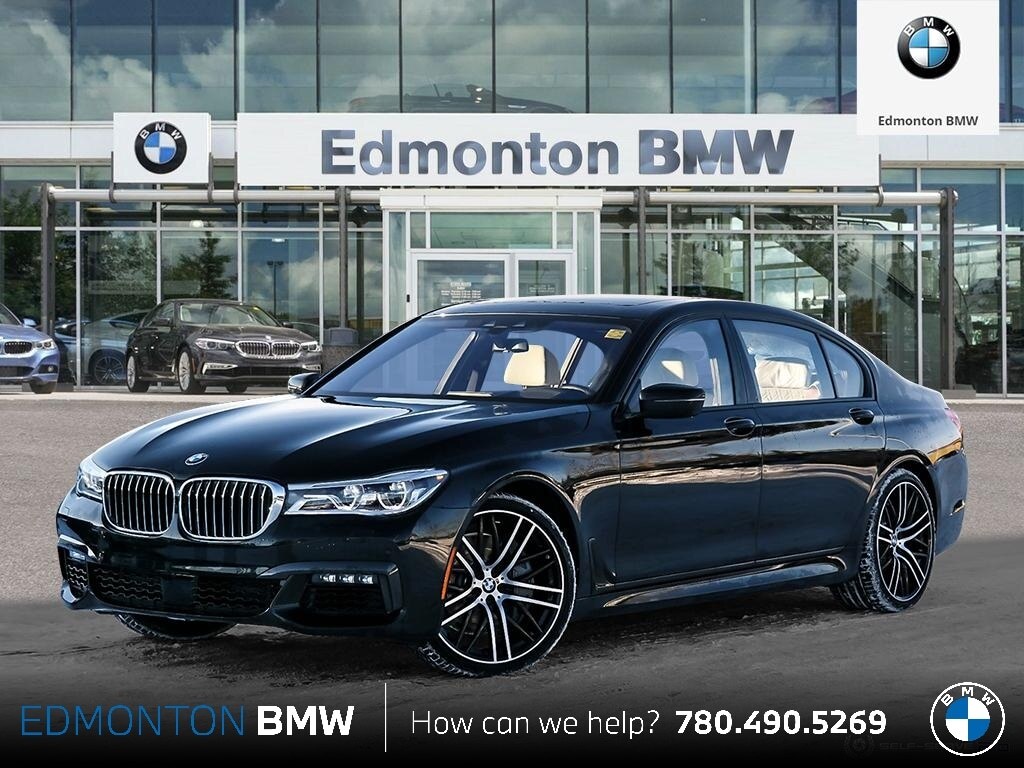 A few other notes.

Driven hard on winding roads in Sport mode, the M760 feels like a much smaller – and shorter – car than it is. As is typical of BMWs, the steering here is heavy, quick, and confident. The body stays curiously flat, and the driver never feels embroiled in a battle between man and massive machine. Brake feel is perhaps most notable – heaps of high-precision bite are available from the very first bit of brake pedal travel.

Or, put it back into Comfort mode, and you’re all set for a super-leisurely cruise.

All said, it’s like driving a luxury spa that can do double-duty as a leather-lined cruise missile, losing little in between. I don’t know if I’ve ever driven a car that does the split personality thing so well. It’s all a bit much, of course. And if that’s something you’re after, you’d best call your banker, and your nearest BMW dealer, sooner than later.

About Justin Pritchard
Justin Pritchard is an automotive journalist, consultant, TV presenter, and photographer based in Sudbury, Ontario.
Follow me
You may also like
Latest Articles
﻿