Springtime approaches – and once the potholes have been filled and the crappy weather takes a hike, it’ll be the best time of year: sports car driving season! If 2018 will be your year to invest in a new-to-you sports car, we’ve got you covered with a great pick today: the 2014-plus Chevrolet Corvette C7 Stingray.

For years, the Chevrolet Corvette has intended to give shoppers access to world-class performance motoring, without the world-class price-tag. The latest “C7” generation hit the road in 2013 for model year 2014, and was available in coupe and convertible body styles, and with a variety of trim grades and special-edition models that catered to a range of shopper needs and tastes.

Initial testing of the 2014 Corvette Stingray by the Automobile Journalists Association of Canada (AJAC) saw the C7 Corvette deliver performance scores that beat out same-year copies of the BMW M4, Jaguar F-Type V6, Mercedes E63 AMG, and Porsche Cayman. In instrumented testing, the Corvette also boasted a significant advantage in stopping power too. Make no mistake – the Corvette was engineered and tuned for a compelling performance on the world stage, even with pricing starting under $60,000.

For the C7, designers created an all-new cabin with a focus on world-class quality. Look for carbon-fibre, aluminum, and hand-wrapped-leather surfaces, and dual 8-inch display screens. A five-position drive-mode selector allows drivers to set the Corvette up for any sort of driving or mood at the touch of a button too. Elsewhere, feature content included climate-controlled seats, automatic climate control, Bluetooth, navigation, premium audio provisions, and plenty more.

Complaints include the sometimes strange-feeling seven-speed manual shifter, which may take some getting used to, tires that like to scrub during sharp, low-speed turns, and a fussy-to-close trunk. Though Corvette rides very comfortably as performance cars go, some owners still wish for a gentler ride in some situations.

Today, Corvette C7 has been around for nearly five years, and a large online owners community has compiled some information that potential Corvette shoppers may wish to be aware of. Below, we’ll look at some general tips for buying a used performance car, and some model-specific checks, to help ensure you get into a first-class copy of a second-hand C7.

Corvette is a model that’s likely to spend extended periods parked and stored away. Most sellers store their Corvette over the winter, and many only drive the car on occasion, perhaps on weekends or special occasions.

Extended periods of non-use for more than a few days, especially when combined with frequent short trips, can negatively affect the vehicle’s battery life and the battery’s ability to properly power all accessories. This can result in numerous frustrating and sporadic problems throughout various electronic systems, so shoppers are advised to confirm that the battery in the Corvette is in tip-top shape, as a number-one defence against headaches.

Further, use of a trickle charger for periods when the vehicle will be parked more than a few days is highly advised to help maintain battery health.

A handful of owners have experienced engine problems with earlier copies of the Corvette from this generation. In most cases, said problems (which include metal shards contaminating the engine oil and causing damage) occur early in the vehicle’s life, and some owners report having a replacement engine installed under warranty. Note that the vast majority of owners did not report engine problems, though shoppers are advised to keep this warning in mind, as a reminder to keep their warranty in good standing.

If you’re looking at a hard-topped Corvette with the available carbon-fibre roof panel, closely inspect said roof panel for signs of paint defects, including peeling, bubbling, fading, or the appearance of splotches that resemble hard water stains. Some owners have reported problems like this, and dealers may buff and polish or (preferably) replace the roof panel as needed. Here’s some more reading.

Models with the Eight-Speed Automatic

If you’re considering a Corvette with the eight-speed automatic, be sure to pay close attention to the quality, timing, and speed of its gearshifts. Shifts should be firm, quick, virtually instant, and virtually seamless – both in automatic and paddle-shift mode. If the transmission feels clumsy, fails to respond as expected, or makes any unwelcome sounds or sensations (slamming, hard shifting), be sure to have a dealer confirm that the latest available software updates have been applied to the transmission’s computer brain. This usually fixes any issues, but if it doesn’t, the transmission could be suffering from a more severe internal problem, and you’ll want to have further assessment, or move on to another unit. A little more information here.

Some owners have experienced problems with the Corvette’s displays, relating to the all-digital instrument cluster, and touchscreen central interface. Run each of these through its paces, confirming proper operation. Any lagging, crashing, or failure of certain elements to appear on screen could be the result of one or more failed control modules, or a defective radio head-unit. If you detect any issues, be sure to have your local dealer document them as soon as possible, to help speed any future warranty claims, if applicable. Try the back-up camera several times on your test drive too, noting that some owners have reported sporadic operation.

Numerous owners have reported issues with the C7’s trunk and trunk release – which may fail to open or close as intended, may be difficult to close, or may display an erroneous “Trunk Ajar” message. If the trunk in the C7 you’re considering seems fussy, be sure to have a dealer investigate. Ask the dealer to check for applicability of GM Program N172093460, which can help quickly address the issue with revised software or a replacement trunk module.

Some owners have reported a strange oil leak, in which a small amount of engine oil is forced into the air intake box, and allowed to leak out of the car. A puddle of oil beneath the car is likely if this is occurring. Causes include overfilling of the engine oil, possibly in conjunction with aggressive driving on a lower-mileage engine. If an oil leak is detected, be sure to have a GM technician investigate. If the cause is as listed above, chances are that an adjustment of the engine oil level, and a new air filter, will be the remedy.

Scan for Rattles and Vibrations from the Driveline

Though reported rarely, some owners have had the Corvette’s torque tube (which transmits the engine’s power to the rear-mounted transmission) replaced under warranty, even several times. The cause may be related to a defective torque tube, or possible mis-alignment of the engine in the Corvette’s body. A sound like rattling marbles, or an unwelcomed vibration at certain rpm ranges, are key indicators of this potential issue.

If you’re buying a used Corvette that still appears to be covered by factory warranty, you’ll want to make sure that warranty is still in good standing before agreeing to purchase. Failure of past owners to properly maintain and service the vehicle can compromise warranty coverage, as can the installation of non-factory parts or driveline software. Have a dealer run the vehicle’s VIN number through their system to confirm that the model you’re considering doesn’t have any “black flags” that may affect your warranty coverage. Note that non-factory “tuning” software and parts can void the Corvette’s warranty, even if they’re removed before a warranty claim. The average owner is best to avoid buying a used Corvette that’s ever been modified by a past owner.

Be aware of the Corvette’s oil level at all times, starting from your first pre-purchase test drive. Monitor your oil levels regularly (at least at each fuel fill), bringing any concerns to your dealer service department as soon as possible.

Everything Needs Replacing, Until You Confirm Otherwise

A time-tested tip is advisable when buying any used performance car. That tip? Work under the assumption that any used Corvette you’re considering needs new tires, brakes, and a clutch, as well as some suspension work, until you or a trained technician confirms otherwise.

Familiarize Yourself with the Maintenance and Costs

Don’t over-stretch your budget. Before buying, be sure to determine the replacement costs of consumable parts like tires, clutches, and brakes, as well as all required servicing. Determine where the Corvette you’re considering sits in relation to its service schedule (located in the owner’s manual, or online) and determine which, if any, servicing is near due. Also, be sure to confirm that all previous servicing has been completed as per the vehicle’s current mileage. Sticking to the service schedule maintains your warranty, increases resale value, and contributes to a long and trouble-free ownership experience.

Ensure that all applicable recall work has been carried out.

Most of the Corvette’s more serious-looking issues are reported with insufficient frequency to warrant much concern, and most other issues should be relatively easy to detect and address, if present. Seek out a well maintained model, and engage yourself fully with sticking to its maintenance requirements during ownership for maximum peace of mind. 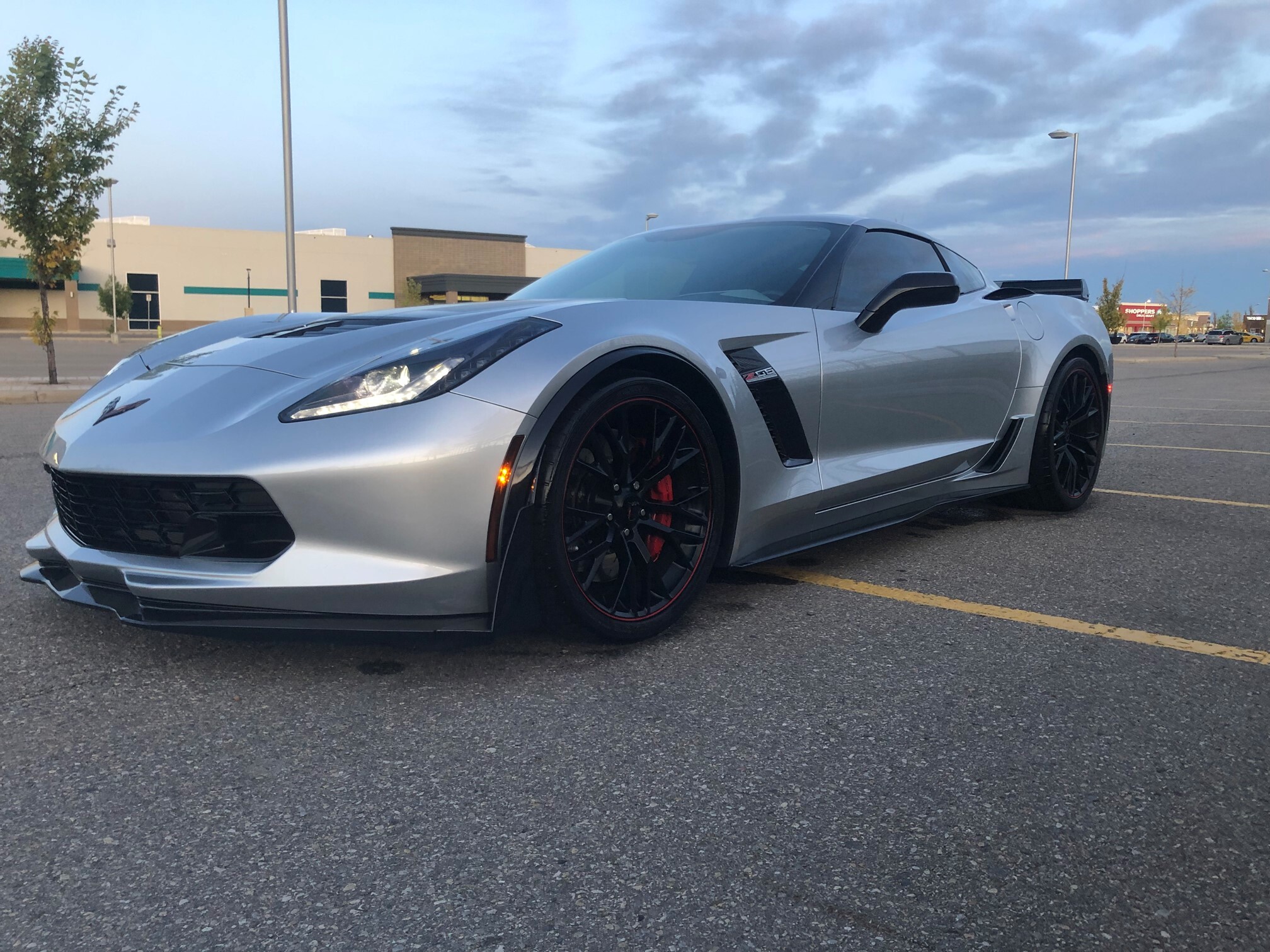 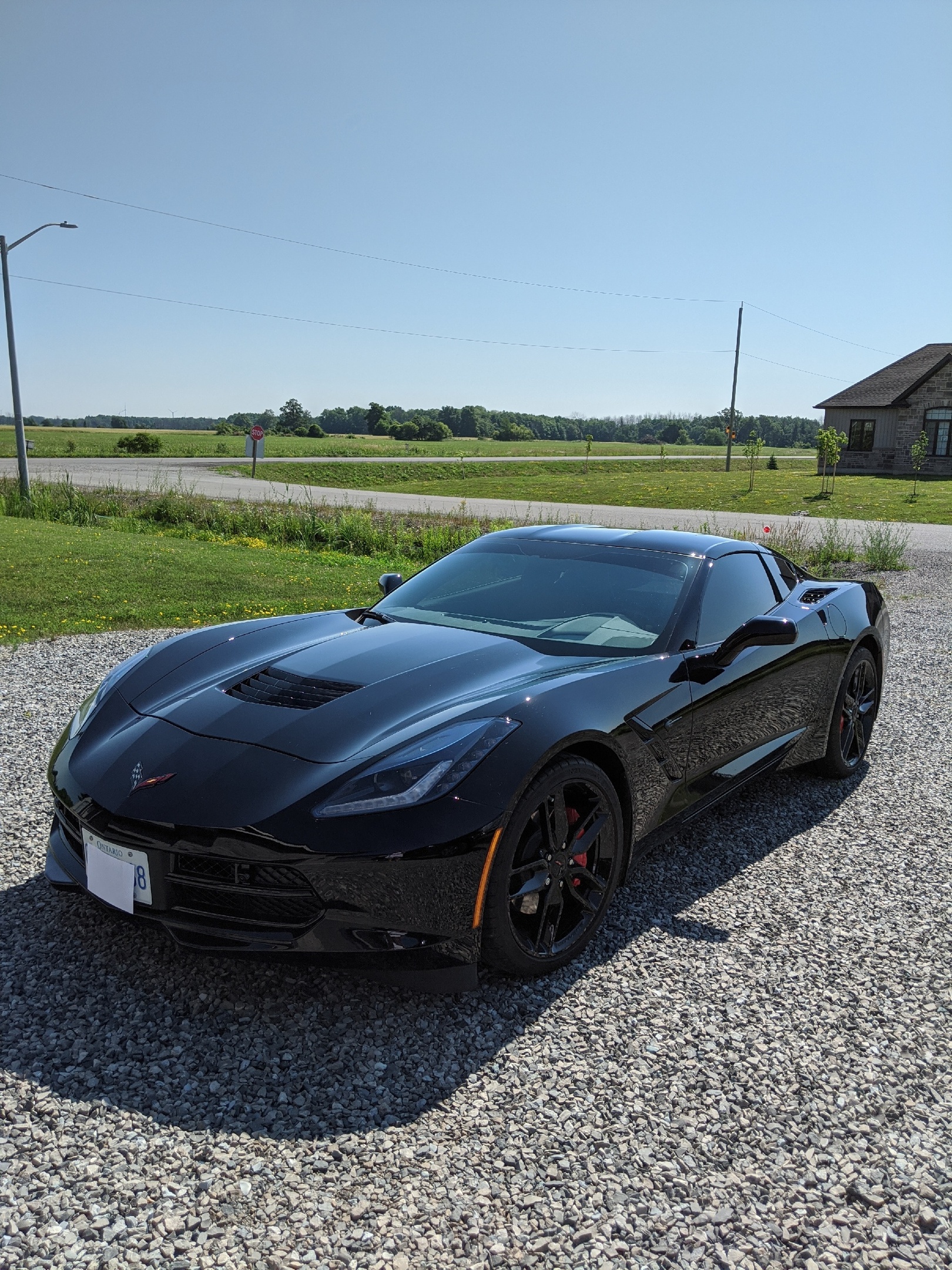