Choose your weapon! Porsche’s 981-generation Boxster and Cayman cousins launched some six years back with numerous improvements that advanced on previous models, on all fronts. These mid-engine cousins were all but identical: with the Cayman as a hard-topped coupe, and the Boxster dropping the top as the convertible variant.

Both models ran a range of flat-six engines mounted in the middle, and all models were two-seaters with trunks in both front and rear, making them ideal for extended road trips. Go with the Cayman for a traditional coupe body with clean lines, and the Boxster for push-button access to the magic of open-top motoring.

Standard models, simply called Cayman and Boxster, started the model range. The Boxster S and Cayman S got more power and supporting upgrades. Note that the Cayman and Boxster GTS variants value-bundled a wide array of add-on performance features, and represent great go-fast bang-for-the-buck. The Cayman was even offered in a highly exclusive GT4 variant with added output and a track-focused chassis for the most die-hard enthusiasts.

All models are propelled by a mid-mounted flat-six that drives the rear wheels through a manual or paddle-shifted dual-clutch transmission, depending on the year and model in question. Look for a 3.4L flat-six with around 325 hp in the “S” model variants, and a 2.7L flat-six with 275 as the base offering. Special model grades bumped power output beyond these figures.

The Boxster and Cayman are highly rated in terms of everyday driveability, thrilling performance, world-class drivetrains, and high levels of utility, thanks to the multiple trunks. As sports cars go, both are relatively easy to enter and exit, and all-around visibility is decent, too. Partially because Cayman and Boxster are relatively light, ride quality is also highly rated on most models, as engineers didn’t need to use ultra-stiff springs to enhance handling. Both Boxster and Cayman will perform well in a track-day setting, but also make great everyday drivers and highway cruisers too.

Some owners wish for a slightly less snug fit from the cabin, more on-board storage, and more affordable options packages, noting that many often-standard features included in competitor models are extra-cost items in the Boxster and Cayman.

As it goes with all sports and performance cars, approach any used model you’re considering assuming that it needs all fluids changed, a new set of brakes, a new clutch, and a new set of tires, until you or a technician confirms otherwise. Most sellers aren’t trying to stick you with a pricey upcoming repair bill, but some are – and a Porsche technician is the best person to determine if that’s the case.

Plan to arrive for your initial meet-and-greet and test drive with plenty of time to spare. Inspect all weather seals for condition, confirming that all are intact, plump, fresh, and show no signs of cracking or damage. Inspect the seals around the windows and convertible top most closely. On all models, press your hand into the carpeting on the lower, outer edges of the vehicle floor, and into the trunk carpeting, confirming that all is dry, and free of mould. Water leaks are unlikely, but possible – and they can cause problems.

If considering a Boxster, be sure to run the convertible top through its paces several times, confirming smooth and quiet operation. Inspect the top itself for signs of ripping and tearing, and inspect the area the roof folds into for signs of water, rust, debris or other damage. Note that Boxster has an array of drainage channels and holes that allow water to flow away through the body, rather than into the cabin. Locate these, and keep them clean on a regular basis, possibly fishing a piece of weed-whacker wire through the holes to clear out debris. A clogged body drainage system is a key cause of interior water leaks. Here’s some more information via an instructional video by yours truly.

And, here’s some more reading on potential convertible top problems, which may be evidenced by a Top Control Fault message in the instrument cluster. If the Boxster you’re considering has (or winds up having) issues that cause this message to appear, dealers have special diagnostic equipment to help track the issue down. Given the complexity of the convertible top system, DIY repairs are not advised.

On the topic of leaks, open the front trunk (aka, the “frunk”) and have a good sniff. Also, inspect the rubber hose that drives washer fluid to the washer sprayers. Some owners have reported that these washer fluid lines can break or pull off, spraying washer fluid into the frunk, rather than onto the windscreen. This problem is relatively rare, and should be easily fixed if detected.

Another rare and easily fixed problem relates to a climate control blower fan that won’t turn on, or won’t shut off. Run the fan through all speed settings, confirming proper operation. If there’s a problem, the likely culprit is a bad resistor within the system.

Look at the centre console controls closely, inspecting the small gaps between the buttons, and shifter console trim, for signs of sticky residue, possibly caused by a beverage spill. Cayman and Boxster cupholders leave drinks positioned directly over the central control console, and a spill can introduce liquid into the electronics beneath. Many owners avoid using the cupholders at all. Once you’ve confirmed that there’s no sign of a spill, check that all of the centre console buttons and illumination are functioning properly.

Look at the digital display readout on the right-side segment of the instrument cluster. Warning messages relating to system faults, if present, are typically displayed here. One possibility is this message, relating to a cooling system fault, which could be caused by a wonky electronic vacuum valve. In any case, if faults like this are detected, a Porsche service centre is the best place for diagnosis. Do not attempt to reset a fault message like this by disconnecting and reconnecting the battery.

Be on the lookout for squeaks, rattles, or a rubbing sound detectable within the cockpit. Some owners have had success at eliminating the noise via a piece of dealer-installed insulating foam, which prevents the fuel tank from rubbing against the firewall. In other cases, squeaky strut mounts are the culprit, and are typically fixed in moments by a dealer technician with a little lubrication and adjustment. Here’s some more reading.

Note that, thus far, squeaks and rattles seem to be the most common complaints in this generation of Boxster and Cayman, according to a popular owner’s forum.

Note that some level of clunking or popping noise from the suspension while steering may be remedied by the installation of new bushings to the suspension mounting points. Coax this sound from the used 981 by steering the wheel fully from lock to lock while the vehicle is stopped.

Finally, where appropriate, quickly jab the throttle lightly a few times at a low speed in first or second gear. This is not usually advised, but may cause knocking or popping sounds that could blow the cover on worn-out bushings in the rear of the vehicle. If you detect any unwanted sounds, be sure to have a technician investigate.

First, the average shopper is best to avoid a Cayman or Boxster that’s been modified from factory with aftermarket parts or programming. In some cases, these “upgrades” can cause durability issues or void any remaining warranty.

Second, for maximum long-term peace of mind, familiarize yourself with every maintenance requirement set out in the service schedule in the owner’s manual. Then, plan and budget to have all prescribed servicing completed before the mileage or time limit set out under the “severe use” schedule. Early and frequent replacement and servicing of all fluids and other expendable components, including spark plugs, is a great step towards long-term peace of mind.

There was just one recall for Cayman, and two recalls for Boxster.

Your best bet for maximum peace of mind is to purchase a used model from a Certified Pre-Owned (CPO) program at a Porsche dealer, and ideally, a model with full service records that’s familiar to said dealer. Opting for any and all extended warranty coverage available is also an excellent idea, especially if you plan to keep the vehicle for several years.

Buying a used Boxster or Cayman privately, or from a non-Porsche dealer, without a full assessment and Pre-Purchase Inspection (PPI) by a Porsche technician, is strictly not advised. The inspection should run a few hundred dollars at most, and should take no more than a half day to complete. The PPI is your single best defence against buying a used Porsche that’s concealing potentially pricey issues. 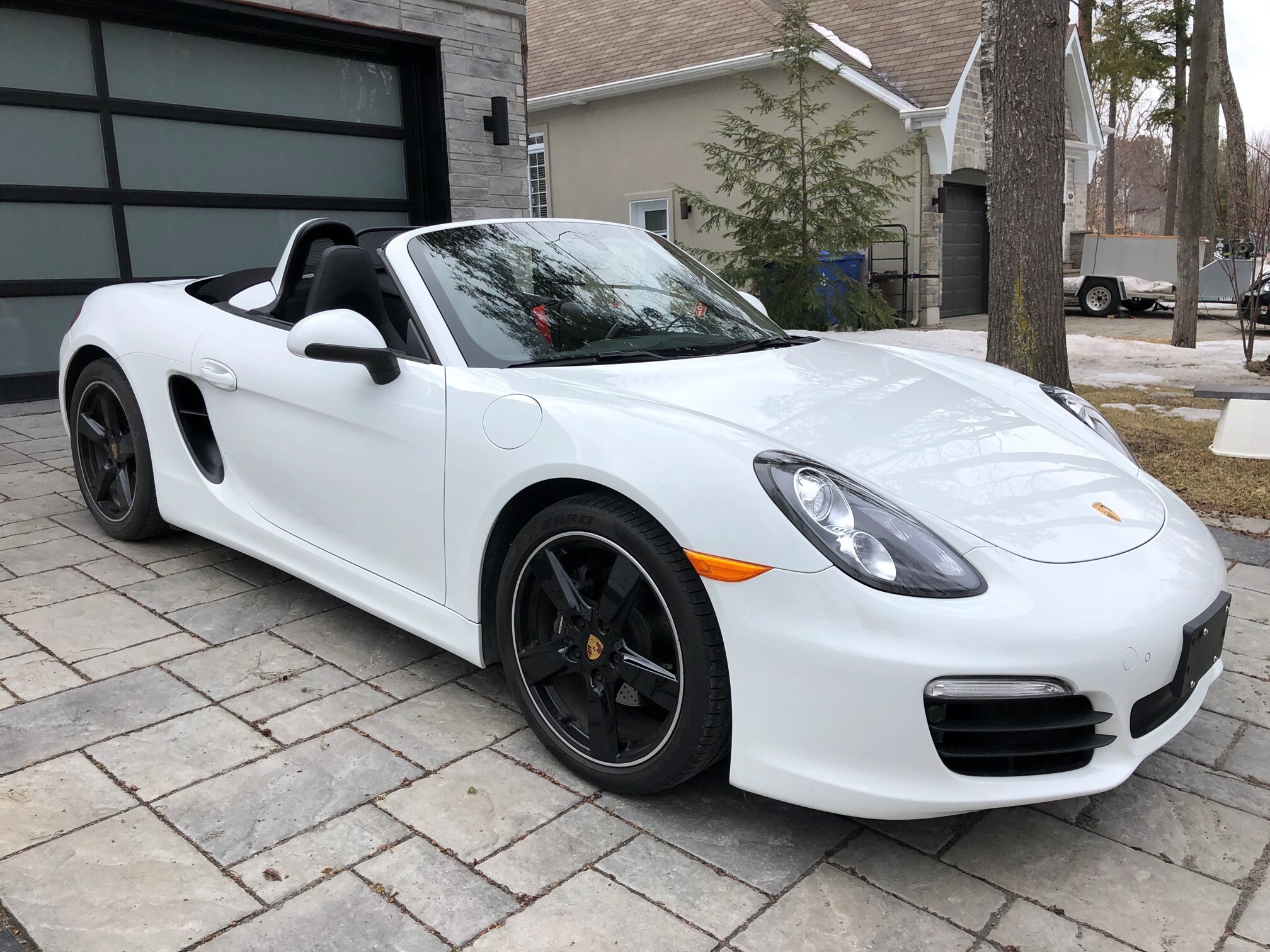 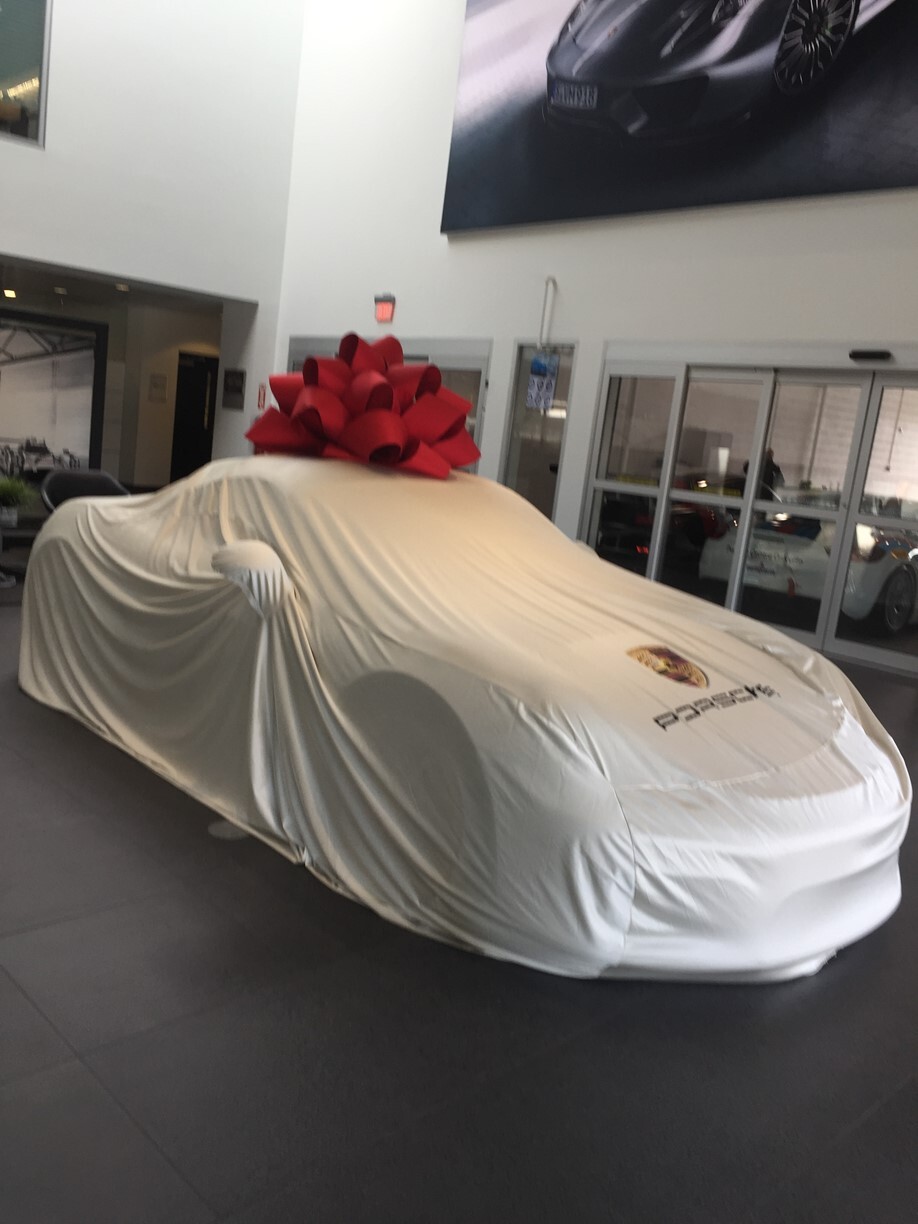