The Traverse was one of the last of GM's bad-old-days models. It debuted in 2008, just before the recession hit, and Chevrolet hasn't seen fit to change it much since – for nearly a decade. And even though sales remained consistent, the Traverse felt and looked like old GM. Inside and out. This year, that changes. The new 2018 Chevrolet Traverse really is all-new.

Quick, quiet, smooth – and frugal at the pump.

Unlike its little brother, the 2018 Equinox, the new Traverse doesn't downsize. It actually grows slightly. By 15 mm in length, and 51 mm in wheelbase. That makes it slightly longer than a Tahoe. It's been made more distinct from its GMC Acadia sibling too. The Acadia loses 271 mm in length and 81mm in width, putting it well under the Traverse for space inside and out.

Mid-size SUVs like the Traverse are the replacements for minivans. Meant to haul kids and stuff everywhere they need to go. But what do you do when you have a seven-passenger SUV, and you don't have kids to transport or any cargo to move around? You grab your spouse and four friends and spend the night having a Pokemon Go gym raid party.

With the seven-passenger seating option, the Traverse has plenty of room for six adults. Fitting another person in that middle of the back-row seventh seat would have been a Tetris-grade challenge. It has cup holders for everyone, a Wi-Fi hotspot that will blanket the whole SUV with high-speed internet, and there are seven USB ports – Chevy says six, but there's one hidden in the secret radio storage cubby – that can actually charge your phone while playing a very high-demand mobile game. It was perfect for driving from place to place around the city with a full load of passengers. Training imaginary monsters and taking over virtual gyms in comfort.

Creature comfort is important in a vehicle like this. Pick the right options, and it'll seat eight, with enough space to actually have room for all of them. As long as you aren't trying to fit CFL linemen in the third row. With the seven-seat options, middle-row passengers sit in captain's chairs with armrests and easy access to climate controls and charge ports. Third-row passengers share a bench, but unlike most way, way back rows, this one has knee and headroom for grown-ups. Even those well over six feet tall. It's just in width where fitting three becomes a squeeze.

And thanks to GM's Smart Slide second-row seat, it's easy to get in and out. Even with a child seat in the sliding seat. My only question is why GM didn't apply that function to both of the middle seats? Sure, curbside entry and exit is safer, but how often do you unload at roadside and how often is it in a driveway or a parking lot?

When it's not moving people, the Traverse can move cargo. All of the cargo. The seats fold flat to handle a whopping 2,781 L of whatever you want to put back there. And with all of the seats in use, there is still 651 L of space. Enough for full-family vacations. If that's not enough, the Traverse can tow just under 2,300 kg, with a tow/haul mode for the powertrain and a nicely hidden hitch.

Loaded up with people, the Traverse is still decidedly quick. Part of that is that the Traverse is light for a vehicle this size. It tips the scales at around 2,000 kg. While that's hardly svelte, it is less than some full-size sedans. The Traverse uses a 3.6L engine for motivation that develops 310 hp and 266 lb-ft of torque. The V6 makes peak power at a sky-high 6,800 rpm, which would seem excessive for a big SUV engine. That's made worse when you take a look at the tach and see the redline is only 6,500. But peak torque is at a more appropriate 2,800 rpm, which gives you a good shove to that redline.

And the redline is just a suggestion. The nine-speed automatic is very quick to drop gears, and will hold them well past 7,000 on the tachometer at full throttle. That's in D, not manual mode. Even without using full throttle, the computer likes to let the Traverse rev. Having the power is one thing, but the Traverse's eagerness to use it makes for a notably fun powertrain. As it spins to that peak power point, the V6 stays quiet. You can tell it's working, but it sounds pleasingly growly, not thrashy and harsh.

When the big brakes bring the Traverse to a confident stop, the stop-start system shuts off the engine. It's nearly seamless as it cuts in and out. The Traverse is rated for 13.7 L/100 km city, 9.4 highway, and I averaged in the low 10s. Impressive for something this size. Very impressive for a vehicle that spent a night in low-speed, short-distance driving around the city all night. And I wasn't sparing the horses the rest of the time either.

For a mid-size SUV, the Traverse handles itself well in a straight line. In turns, things get a little more tilted. With body roll, that is. The Traverse isn't exactly eager to be tossed into turns, and while the tires won't protest, the back-seat drivers will. Ignore those voices behind your head – and forget that your coffee is getting perilously close to the edge of the cup – and the Traverse is composed on the road. It soaks up bumps like a smaller vehicle, the long wheelbase isolates from bigger imperfections, and despite the roll, the handling is still good for a vehicle this size. It doesn't have the responsiveness of Mazda's CX-9, but it's no slouch for what it is.

My tester was an LT with the True North package. That adds leather seats and a massive panoramic roof, along with navigation, a power passenger seat, and a Bose audio system. It gets 20-inch alloys too. All of that for $5,300 seems like a bargain. And not having to jump to the top trims to get the roof, stereo, and nav is nice too. Really, the step up from the 3.5-inch monochromatic dash info display that GM insists on continuing to use, to the 4.2-inch full-colour display in the True North makes the choice a simple one.

The True North also gets GM's rear-camera mirror and surround-view monitor. The mirror uses a camera in the tailgate to give you a wider, high-def view of what's behind you. I've used this mirror before, in the Cadillac CT6, and Chevrolet seems to have improved the display since then. It's easier for my eyes to focus on now, not nausea-inducing like I experienced last time around. The surround-view cameras make this big SUV a breeze to park, although the upright cabin and massive greenhouse already offers excellent visibility.

If you've been in any of Chevy's latest, from the Cruze to the Silverado, this interior will look pretty familiar to you. Chevrolet's big-button controls aren't as nice to look at as those from Honda's Pilot or Volkswagen's Atlas, but they might be the easiest to use. If you prefer touchscreen control you're not out of luck, but everything gets a redundant physical control. Those big buttons will be greatly appreciated once winter starts. Try using tiny buttons and touchscreens with mitts on. Material quality and feel is acceptable, although some switches feel flimsy. If you want better materials, the Premiere and High Country trim offer fancier leather and more power-adjustable features. High Country offers a trick twin-clutch upgraded all-wheel drive system too. 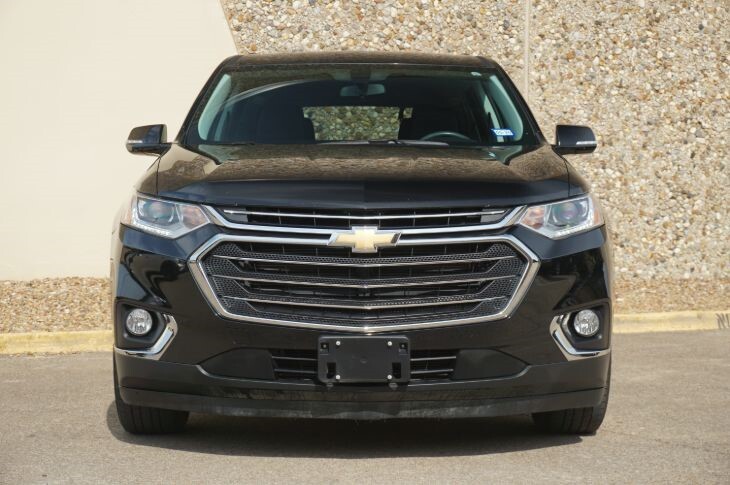 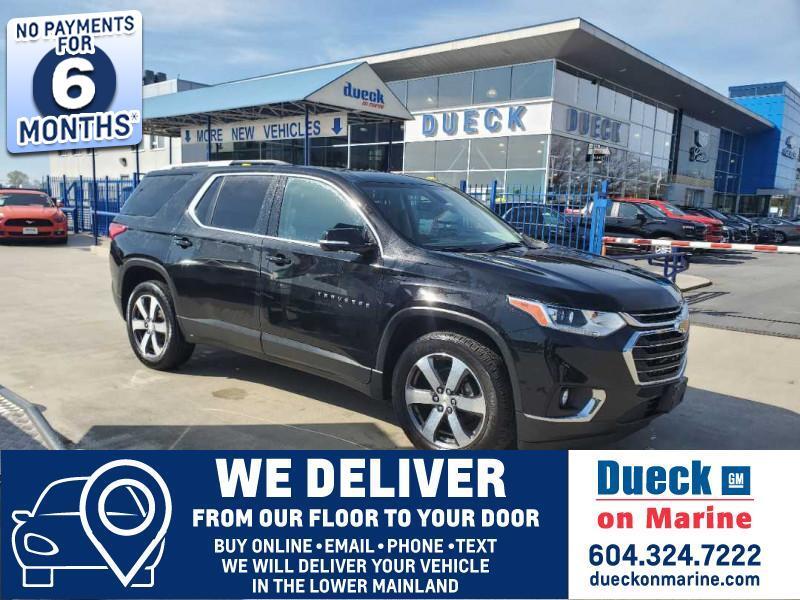 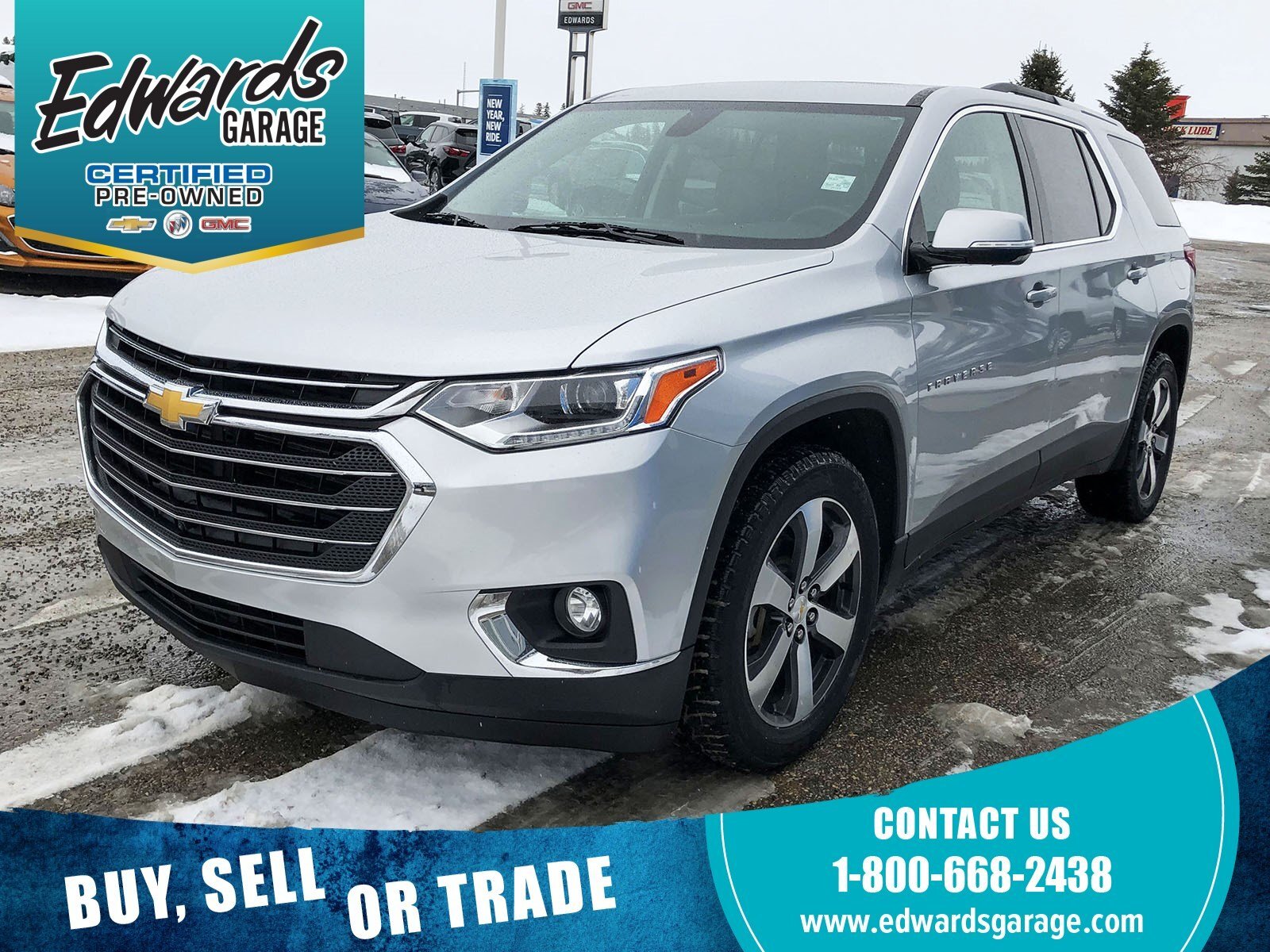 Noticeably lacking from the mid-level Traverse is the presence of any active safety features. Even GM's follow-distance and lane alert lights are missing here. You'll need the Premier to add those, along with lane-keep assist and pedestrian braking. To get the full suite, including forward automatic braking and adaptive cruise, you'll need the top High Country trim. That's a big step up in price to add safety features the competition is making standard.

The 2018 Chevrolet Traverse is a bit of a surprise. Sure, it's got lots of room for six actual people and plenty of cargo space. But that's the way it should be, given how big it is on the outside. The surprises come from the engine, the gearbox, and the chassis. It's quick, quiet, smooth, and it's frugal at the pump. Plus it drives better than you expect anything this big to be capable of. It's easy to see why buyers are shunning the minivan for the mid-size crossover.

About Evan Williams
Evan has been covering cars for close to five years, but has been reading about them since he was 2. He's a certified engineering technologist and a member of AJAC. If it moves and has an engine, Evan's probably interested in it.
Follow me
You may also like
7.6