Throughout history, humankind has proven itself time and again unable to adhere to the maxim of “Just because we can do a thing, it does not necessarily follow that we must do that thing.” See: parachute pants, fictional dinosaur parks, the 10th season of the X-Files.

The BMW M760Li’s straight-line acceleration is an absurd experience that you barely have time to register from the driver’s seat.

This battle of common sense versus the tempting fruits of science and fashion has recently played itself out in the automotive microcosm, notably in the luxury world where brands that were once allergic to the idea of building trucks are now slapping their badges on anything with eight inches of ground clearance and no self-awareness whatsoever.

Largely ignored in the SUV dust-up, however, has been BMW’s decision to relent on its policy of keeping its M Performance division away from the company’s 7 Series flagship sedan. The end result is the 2018 BMW M760Li xDrive, a car for the driven desperately in search of a driver.

At first blush it’s easy to understand why the Bavarians carefully sequestered the 7 Series platform away from those with a motorsports mindset. Despite the extensive use of aluminum and carbon fibre in its construction, this extended-wheelbase executive hauler tips the scales at over 2,300 kilos, and occupies a truck-like footprint that seems like it would be more comfortable at the valet station than in victory lane. Its hulking bulk has kept the 7 safely in the Autobahn-cruiser column for decades, offered with plenty of power but relatively little sizzle for senior C-suite shoppers.

Nevertheless, the no-doubt substantial profits reaped by rival Mercedes-Benz with its AMG-badged S-Class muscle machines, combined with the increasingly cutthroat strategies necessary to remain independent and afloat in an uncertain market, have convinced BMW that it’s time for them to get silly, too. After all, it’s not like the roundel hasn’t already graced the hood of similarly portly performers tailed by an M badge, including the spectacularly fish-out-of-water X6 M.

Still, as indicated by its unusual nomenclature, the M760Li isn’t a “true” M car in the sense that only those with memories long enough to remember hand-assembled sedans and coupes care about. Think of it more as a bombastic shot across the bow of its S-Class AMG rivals rather than a legitimate running mate – but don’t let that distract you from the fact that the vehicle itself is completely bonkers.

The transformation of the 7 Series personality from subtle to stunner starts under the hood, where you’ll find a 6.6-litre twin-turbo 12-cylinder engine. Those who have cross-shopped the M760Li xDrive against its similarly sized, yet substantially more expensive Rolls-Royce equivalent will recognize the motor as being near-identical to the unit found in the Ghost (which features German mechanicals beneath its British steel).

Featuring a more raucous tune in M760Li, the V12 generates a ridiculous 601 horsepower and 590 lb-ft of twist – output that is electronically metered to all four wheels by way of an eight-speed automatic transmission. Roll hard into the throttle and, after a split-second’s hesitation, you’re deep into the car’s mercury-swirl of torque (which is available from a mere 1,550 rpm onwards), the sedan’s xDrive system nominally sending 60 percent of it rearwards but more than happy to push the entire load front or back depending on how crazy road conditions get.

The BMW M760Li’s straight-line acceleration is an absurd experience that you barely have time to register from the driver’s seat, with 100 km/h arriving from a standing start midway through the three-second count. In Sport mode, the sensation is accented by the roar of the near-straight pipe exhaust system (digitally amplified through the car’s stereo system), but when set to the significantly softer Comfort or Comfort Plus you’ll barely notice your rate of travel – at least until your local PD deputizes a Huracán in a bid to successfully pull you over.

Who is this for?

Despite its pretensions to being a driver’s car – adjustable air suspension, active anti-sway bar setup, paddle shifters – the BMW M760Li xDrive is still an automobile that is best enjoyed from the back seat. Specifically, the right rear bucket, which reclines, massages, heats, and cools its occupant while also offering an ottoman footrest if you specify the Executive Lounge Tier 2 package.

And why wouldn’t you? It’s the perfectly opulent complement to features such as the Bowers and Wilkins surround sound audio system (with illuminated speakers), LED-lit dual sunroofs, leather so creamy it might trigger your lactose intolerance, and of course an in-car perfume dispenser that lets you smell like a BMW even after you’ve exited the vehicle. If you’re seeking to take a more substantial souvenir of your ride in the 7 Series with you, you can also snap out the rear centre console’s Android tablet, which is totally unnecessary. 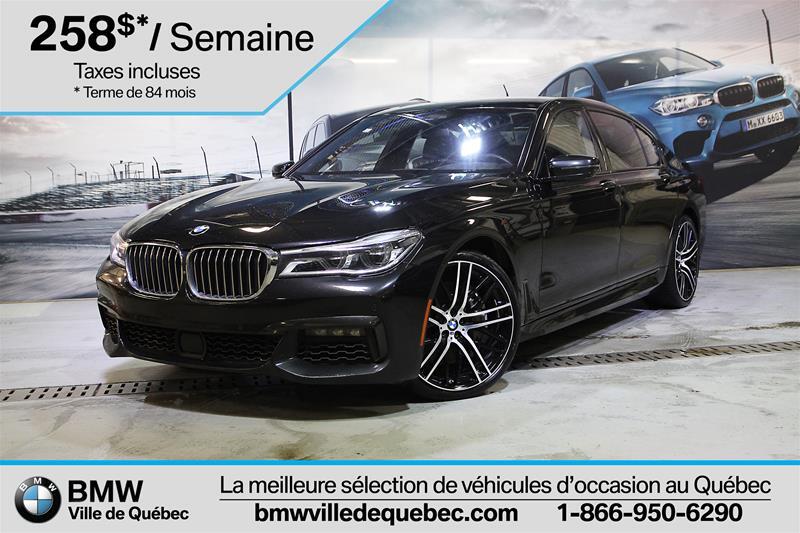 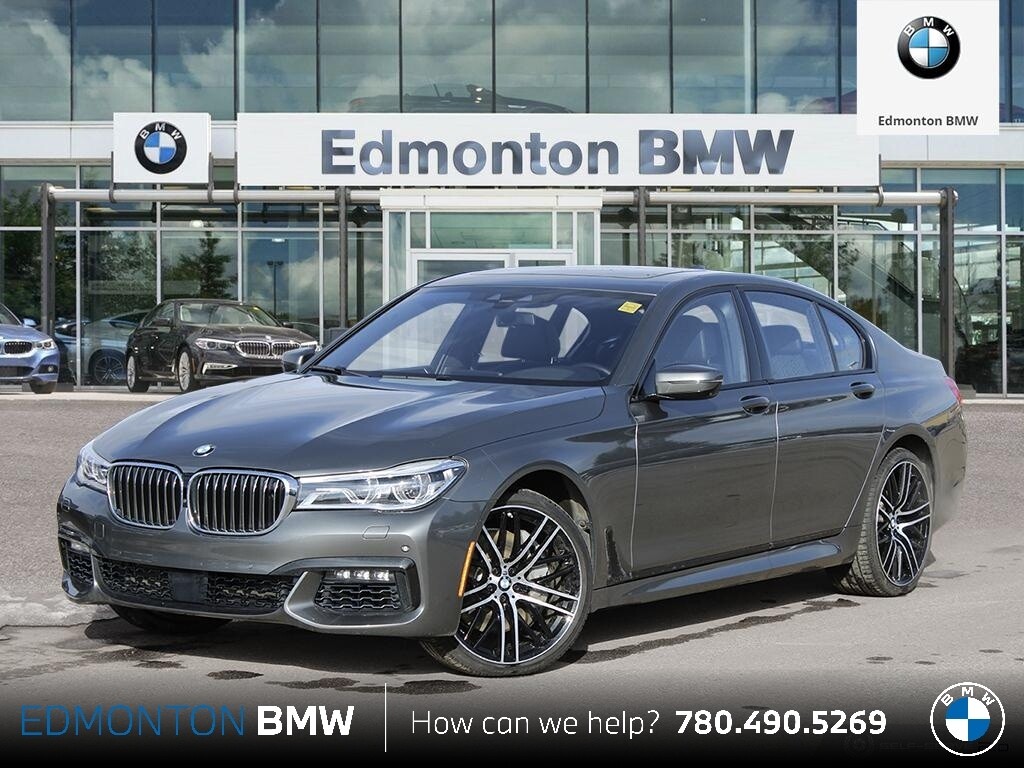 Who, then, is pulling for a limousine that could also tag in for the front-row outside qualifier at Indy? Probably no one – but that doesn’t mean they won’t sell. While it’s tempting to dismiss the BMW M760Li xDrive as a product for a market that doesn’t entirely exist (rally stage chauffeurs, white-knuckle sprints to the 1 pm tee time), what we’re really dealing with here is a 7 Series that finally went all in on being over the top. A decadent spec sheet is the perfect complement to the car’s Hammond-like, spared-no-expense interior luxury, and for some customers it simply won’t do until every box on the order sheet has been checked and its near-$185K price ceiling achieved.

Just because they can.

About Benjamin Hunting
Benjamin Hunting is a freelance writer who enjoys keeping the shiny side up during track days. He is also an avid musician and a friend to vinyl.
Follow me
You may also like
7.7