With a family trip planned from the Niagara Region to Ottawa and back, I dutifully booked the Equinox I had been asked to review. No 600 horsepower sports car for this trip. No limo-like flagship sedan. No ultra-luxury sport utility vehicle. Nope, for this Canadian getaway to our capital city during this, our 150th year, my brood would do the journey in a good ol’ homegrown family machine: the Ingersoll, Ontario-built Chevrolet Equinox.

The Equinox is a bread-and-butter seller for Chevrolet.

And it turned out to be a brilliant choice for this journey.

The last time I drove an Equinox, back in 2014, I charitably called it the Big Mac of SUVs. I found little to celebrate in what was a bland, run-of-the-mill vehicle that relied heavily on big discounts to move off dealership lots.

This 2018 Chevrolet Equinox –with the up-level, 2.0L, turbocharged engine and plenty of accoutrements – is the most dramatic model improvement I can recall for any vehicle in recent memory. It is an excellent machine now, not simply as a suitable driving appliance to cost-effectively get the kids to soccer practice, but as a genuinely impressive machine to both drive and ride in.

The Equinox is a bread-and-butter seller for Chevrolet. In Canada last year (and many years previously), the brand moved roughly 20,000 of these things. Stateside, the sales numbers are consistently closer to a quarter million. Certainly that’s enough to warrant the General keeping the Equinox market relevant; and if you add in another almost 50 percent more units sold under the GMC Terrain name, it’s a machine GM can’t take lightly in this important segment.

The competition in the “small” SUV category is both fierce and dominant with the likes of the Toyota RAV4, Honda CR-V, and cross-town nemesis, Ford Escape, each of which more than doubles the Chevy’s annual sales figures.

This new Equinox deserves to steal away sales from those competitors.

Fashion plays at least a small role in almost any automotive purchase and the new Equinox – particularly in our top-shelf Premier trim – has undergone a very positive makeover. While still immediately identifiable as both an Equinox – and thanks to many borrowed cues from the Malibu, a Chevrolet – last year’s awkward, frumpy styling has been replaced with a sleek, handsome machine that trades trendiness for sophistication.

Parked next to the outgoing model, the new Equinox doesn’t only look like a much more expensive machine, but also a larger one. It’s not (larger, that is). In fact, overall length and height are reduced for 2018, putting it within a whisker of the Ford Escape’s dimensions.

Overall interior passenger volume remains what it was despite the smaller exterior size, speaking to Chevrolet’s careful space management. That said, the new Equinox is over 120 mm longer than a Ford Escape, yet statistically the Escape offers more passenger and cargo space (the same is true for each the CR-V and RAV4 as well). It didn’t stop our small family from over-packing for our trip, and once all the luggage, cooler, toys and other “necessities” were packed, there was still enough room to easily throw my seven-year old’s bicycle and helmet in the cargo hold without any difficulty.

With the interior finished in two-tone mocha- and black leather, both the design and assembly of materials was impressive in our test machine. Even the plastic “metallic” trim was pretty convincing, surrounding the dash vents. And those seats don’t just look good, they also offer sufficient support to be comfortable for hours at a time. The front seats in our Equinox were both heated and cooled, with the rears heated only.

Chevrolet’s interior designers should also be applauded for the ergonomics in the Equinox. A pair of large, round, traditional dials flank a small info screen that can cycle through loads of vehicle information tidbits, media, navigation and trip computer stats, all easily manipulated with buttons on the right steering wheel spoke.

The central dash utilizes rotary dials and legible buttons for the climate controls and “redundancy buttons” for essential functions, plus an actual volume knob, right out of the if-it-ain’t-broken-don’t-fix-it department. Chevrolet’s MyLink system, especially operated through a bright, crisp 8.0-inch touchscreen here, is among my favourite infotainment systems on the market. It proved to be responsive and wonderfully intuitive to use with a clear and simple menu system. What’s more, GM has made Android Auto and Apple CarPlay standard equipment here. For those of us who’ve had a chance to use either of these systems, it’s tough to get into a vehicle now that doesn’t offer these extremely convenient connections to our smartphones.

Where other manufacturers are still offering expensive, optional in-car entertainment systems with built-in rear-seat screens and Blu-Ray (or archaic DVD) players, Chevrolet seems to be in touch with the reality of Canadians’ dependency on our personal electronic devices. With an on-board 4G WiFi hotspot, my significant other managed to get work done on her laptop while my offspring merrily watched Netflix and YouTube videos on his iPad during boring stretches of highway 401. Meanwhile, I appreciated the decent sound quality from the Equinox’s sound system, enabling me to sing away with my tunes, much to the chagrin of my family.

The Equinox is impressively serene at highway speeds as well. This is due in part to improved sound deadening, but also due to the engine turning at just 1,500 rpm – barely more than idle speed – even at upwards of 120 km/h.

New for this year, Chevrolet has made a 2.0-litre turbocharged four-cylinder the top engine choice for the Equinox (foregoing last year’s less-efficient V6). With over 250 hp and a peak 260 lb-ft of torque coming on at only 2,500 rpm, the Equinox is highly tractable and capable of passing maneuvers with ease. When pressed hard, the little four-cylinder makes its presence known, but for the most part, it’s quiet and smooth. 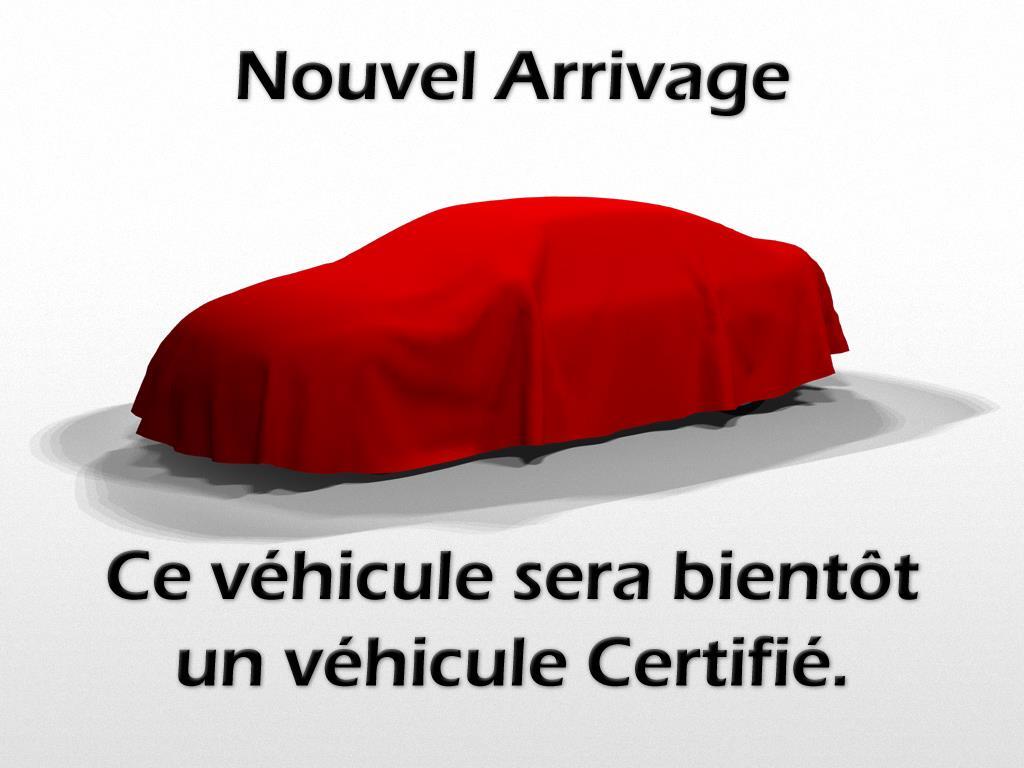 While the base model 1.5T engines (and the new, class-exclusive four-cylinder diesel) are matched with a six-speed, the Equinox's 2.0T is mated to a new nine-speed automatic. Past experience has had me concluding that nine is simply two- or three cogs too many. The nine-speed employed by Jeep in their Cherokee, for instance, constantly hunts for the right gear. The Chevy’s nine-speed, however, is extremely good. It’s both smooth in its operation, and seems to be paired perfectly to the 2.0T’s power band, enabling a great tradeoff of responsiveness and low-rev efficiency. It’s that tall ninth gear that helps the Equinox cruise so peacefully on the highway.

The big 19-inch wheels fitted to our Premium trim tester ride a bit more harshly than I’d expect 17s or 18s, but they look good, and the ride is otherwise quite well managed. Handling and braking are also good for this type of vehicle.

Gripes? There are a few. First, those big wheels also contribute to a larger turning circle making the Equinox less maneuverable in tight parking lots.

Next, although Chevrolet has added a forward collision alert system, there’s no adaptive cruise control available as found on virtually all of its competitors.

Lastly, with its 59L fuel tank, even during all highway driving, it was a push to see 600 km out of a tank without the impending doom warning of the fuel light ignited. In fairness, all of the Chevy’s competitors have tanks roughly the same size, and the Equinox’s combined average fuel consumption rating of 9.7 l/100 km ties the much less powerful RAV4, and betters the Escape (though the Chevrolet recommends premium fuel versus the Ford needing only regular).

The all-new 2018 Equinox is a practical family hauler that also offers comfort, style and great technology. In the highly competitive compact SUV category there are several excellent machines. In its top trim, this new Chevrolet Equinox is among the very best.

About Jeff Wilson
Jeff has been an automotive and motorcycle journalist for nearly a decade, but his passion for cars and bikes stretches back to his childhood. A member of AJAC, Jeff has also served on its board of directors, and has won multiple awards for both his writing and photography. When chasing his automotive dreams, Jeff also divides his time between being a father and a television producer with an internationally acclaimed, Emmy-nominated production team.
Follow me
You may also like
7.9
AdChoices
Latest Articles