You probably know that, starting at $9,988 before taxes and freight, the Nissan Micra is the least expensive car in Canada. That would be the entry-level Micra, the S trim, which is so utterly no-frills that it achieves a hipster cachet. You roll the windows down by hand and shift gears manually. You switch on the ignition with a key! How analogue.

Choosing to drive a tiny car in the city these days isn’t just an economic decision. It’s basic sanity.

The 2017 Nissan Micra SV AT is not the entry level. Before taxes and freight, the one I drove costs $15,048. Depending on your point of view, that price is either still impressively cheap for a brand-new car – or a 50 percent leap in costs, though you no longer roll the windows by hand. A little later we’ll review what other extras you get for that additional $5K. First let’s look at why you’d consider a Micra at all.

Choosing to drive a tiny car in the city these days isn’t just an economic decision. It’s basic sanity. The Micra has a blessedly small turning circle, making getting around easy – and getting out of squeezes that most other drivers would never consider possible. Ever seen a summer gale blow in in minutes? That’s how traffic forms in Canadian cities. Sometimes a single light can cost you a half-hour. While driving the Micra, I managed to beat a congealing traffic jam on the way home one day, by converting a single lane into two beside a Mercedes-Benz GLS.

How’d that happen? The Micra is 3,827 mm long, 1,666 mm wide and 1,527 mm tall. Unless you’re Rain Man, those numbers mean nothing, but here’s some context. First, the bylaw for the minimum size of a parking spot in the City of Toronto (forgive us if you don’t live here – but you’re lucky you don’t have a to drive or park here) is 5,600 mm by 2,600 mm. You could almost fit two Micras. Of course, the size of the average available parking spot in Toronto is closer to 0 mm by 0 mm. So you’re wise to drive something as small as you can live with.

Second, while all are comparable, the Micra’s slightly longer and wider than its titanic rivals, the Fiat 500, Chevrolet Spark and Mini Cooper – and, of course, the Smart ForTwo, though it only seats a couple, while the Micra seats five (if not necessarily comfortably). So you’re getting slightly more car for slightly less money, at least again, if you select the base S. Mind, we’re often talking matters of centimetres and matters of dollars. So make your decision on more than dimensions.

Which leads to the point about fun. Despite being larger than its immediate competitors it is still a big toy that delivers the fun of a go-kart but with airbags. Indeed, one of the smartest automotive marketing moves of the past decade was by Nissan, when they created a racing series with Micras.

The implication is that you don’t have to be a millionaire to love driving. For instance, note the traction control you can switch off in case you fancy just a touch of oversteer. The suspension is tuned tightly for good times and a tactile driving experience.

The Micra refined great steering. It’s electric power-assisted that’s speed-sensitive, meaning it adjusts to an easier-to-twirl looseness at slower speeds and a tutorial level of accuracy in the feedback at more thrilling ones. So, again, parking needn’t be a chore (though the SV upgrade does not include a rear monitor).

For a city car, the Micra’s not bad for the country either – that is, this country of Canada. The Micra is not available for purchase in America. (Nana the boo-boo.) Nissan believes Canadians, especially the urban ones, are more open to purchasing a subcompact European-style car. Though manufactured in Mexico, the Micra has had its tuning specially adjusted for the crowning of Canadian roads. Sway bars were added to the front and rear for better handling.

Inside and out, the Micra is unapologetically unadorned, often bordering on cheap. But every inch is responsibly considered. The sightlines are excellent. You’re fairly high up in traffic considering what a small vehicle it is. Note the included photo of the Micra parked beside a well-loved Chevy Cobalt. Modern drivers like a bit of height to see what’s coming – and to make getting in and out easier on our bodies.

Like its aforementioned competitors, the Micra has a smoothly roundish design ethic, good for aerodynamics but adding a lovable, huggable quality.

The wheelbase couldn’t be described as long but does allow for some legroom. Note the other photo of your humble narrator’s legs in the front seat. It was taken with the seat forward far enough for the backseats to be flattened. You wouldn’t want to drive across the country in it, but the Micra can accommodate average sized people.

Speaking of backseats and considered space, the 60/40-split bench drops to take the cargo capacity from 407.8 L to 819.5. You’ll still be doing several trips if you’re moving your parents from their home of 50 years, but even before flattening the seats, there’s more than twice the packing room of the Smart ForTwo’s 190 L.

The materials – from the ubiquitous plastics to the cloth seats – are what AirBnB hosts call “budget-conscious” and “cheerful”. The soundproofing isn’t great and you may need to crank the anemic radio with CD player, which has speed-sensitive volume control at even the S trim level.

Not enough power, though, for the automatic transmission

The Micra has a four-cylinder engine that achieves 109 hp at 6,000rpm and torque of 107 lb-ft at 4,400 rpm. The automatic transmission is $1,000 extra. Last year, I drove several Micras with standard and there’s a noticeable drop in thrills per miles when you “upgrade” off the stick. You can switch off the overdrive on hills but it ain’t the same. You should seriously consider using that thousand dollars to get yourselves lessons in shifting.

Mind, many people hate to drive stick in the city because it’s so much work. My wife was comforted to know that with the Micra SV AT she wouldn’t have balance on hills near our home during lights or quotidian traffic.

Automatic has its drawbacks beyond fun though. There was one occasion during the week I had the Micra when I dropped my wife at a grocery store, went off to do some personal errands, then returned. The difference in weight with her and groceries with noticeable, causing a drag. (No, she’s not overweight! Just me.) A standard transmission helps drivers wrest every little ounce of power out of an engine that, albeit, does offer decent fuel economy – see below – but is miserly small.

So what more do you get for the 50 percent leap in price from the S trim?

Okay, we already established that the automatic transmission increases the SV by $1,000. What does the other $4,000 buy you? Well, there’s A/C. That matters to a lot of people. There’s also door handles in the same colour as the body, plus a passenger’s side assist grip – they don’t matter as much.

One of the most noticeable differences between the S and SV is in the steering wheel controls. The SV comes with Bluetooth and audio switches to keep your eyes from drifting too far, plus cruise control switches. The basic AM/FM/CD audio system goes from two speakers to four. 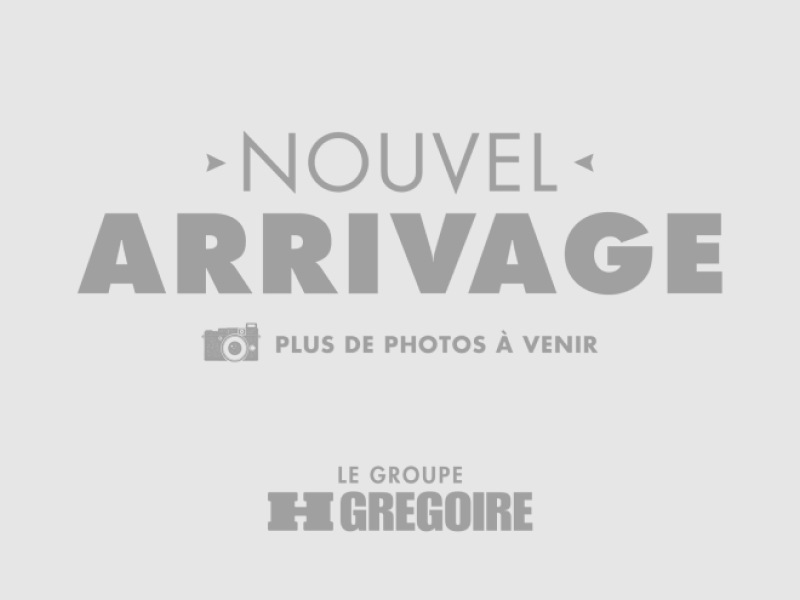 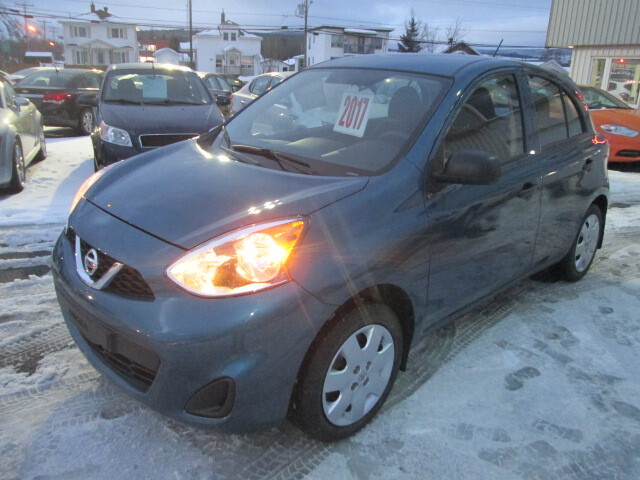 The key is integrated and offers keyless entry; you also get power windows and power locks, all of which oddly don’t feel like upgrades in such an intentionally low-budget car. The ignition still needs a key if the doors don’t. The rolling of the windows by hand was so deliciously old-fashioned and cheesy, it was almost fun – a bit like skiing in Ontario. (The plain white paint is even charmingly called Fresh Powder.) Why pretend it’s anything but what it is?