There’s an all-new Crosstrek on the horizon, meaning that the first-generation of Subaru’s smallest utility vehicle is moving quickly into used-vehicle territory. The original Subaru XV Crosstrek was launched in 2012 as a 2013 model, and amounted to a Subaru Impreza-based crossover slotted in beneath the Forester in the brand’s product lineup.

Small enough to be effortlessly maneuverable and zippy, the Crosstrek does big things when it comes to turning in confident, flexible operation. A slew of advanced safety features works with standard Symmetrical All-Wheel Drive (AWD), a Subaru staple, to deliver control, grip and peace of mind, regardless of the weather. In back, the cargo hold is ready for shopping, gear, camping supplies, pets and more. The Crosstrek is a popular choice for active couples and small families who are into outdoor activities.

Safety-minded shoppers will appreciate the Crosstrek’s available EyeSight safety and hazard detection, as well as the model’s top safety ratings from industry authorities.

Power for all units came from a 2.0-litre boxer four-cylinder engine with 148 horsepower. Transmission options were a five-speed manual or a continually variable transmission (CVT). All units include Symmetrical AWD as standard kit. Crosstrek Touring opens the model range with standard must-haves including 17-inch wheels and heated seats, while the Sport Package model takes the mid-line position within the lineup, adding sportier looks and a more upscale interior. Crosstrek Limited was the top-line model, with more premium feature content.

Manoeuvrability, feature content, fuel mileage, unflappable AWD traction and a great driving position were all reported as common owner praise-points, as were decent outward visibility, and easy entry and exit. Plentiful at-hand storage in the cabin, and overall flexibility, were rated highly as well. Braking performance is another owner-stated plus.

Common gripes include awkward placement of the seat heater controls, a clumsy and slow-to-respond central command system, and elevated highway cruising noise levels. Many owners wished for a little more power, too.

Here are some owner reviews of the Subaru Crosstrek.

As the oldest used Crosstrek on the market is no more than five years old, shoppers should have little trouble finding a lower-mileage unit that’s still covered by factory warranty – though a few checks should be considered ahead of the purchase of any used unit you may be considering.

First up, familiarize yourself with the Crosstrek’s maintenance and service intervals, which are available in the owner’s manual. Determine the vehicle’s current mileage, and which service intervals are approaching soon. Factor any soon-due servicing into your budget, and confirm that all past-due service jobs have been carried out, by looking at service records. If those aren’t available, a servicing dealer or shop may be able to provide them to the seller, who can pass them along to you.

Your used Crosstrek has numerous tune-up and fluid-change requirements that need to be adhered to for long life, reliability, and even maintenance of the warranty in good standing. If you’re unable to determine where the Crosstrek you’re considering sits within its servicing schedule, budget for a full check-up, tune-up, and fluid change for maximum peace of mind.

Don’t forget the AWD system fluid and engine coolant, and remember that changing brake fluid every so often is a great way to prolong the life and performance of your braking system components.

Note that Crosstrek’s engine uses a timing chain, not a timing belt, which is typically considered a maintenance-free part, provided that oil changes have been carried out regularly using factory-specified oil.

A final note on fluid changes: the Crosstrek’s CVT calls for long fluid-change intervals, but those intervals shorten when the vehicle is subjected to severe driving (e.g. excessive idling, stop-and-go driving, city driving, towing, or frequent use in winter or dusty locales). Translation? Most Canadian drivers should stick to the “severe use” fluid-change intervals. Consider changing the CVT fluid semi-regularly, at or before the prescribed interval, for added peace of mind, but be sure that only a dealer-trained technician does the work, and that they only fill the transmission with the factory-specified fluid. Here’s a bit more reading on potential CVT noises, and fluid changes.

Elsewhere, check all on-board electronics for proper operation, including the Bluetooth, climate control system, and all steering-wheel-mounted controls. Carefully inspect the driver’s seat for signs of excessive wear too, as numerous owners have reported poor durability from the factory seats, with some needing a replacement driver’s seat after just a few years.

On your test drive, or during ownership, any combination of warning lights (Check Engine, ABS, Traction Control, Cruise Control, etc.) and non-functionality of certain systems (EyeSight, Cruise Control, Traction Control, etc.) are likely the result of a bad engine sensor or two, which can put the vehicle into a sort of “limp mode”, evidenced by flashing or solid warning lights in the instrument cluster, and failure of certain systems to engage. This is a failsafe built into the Crosstrek’s electronics, and your least-frustrating course of action is to have the vehicle inspected at a dealer – who will use diagnostic equipment to pinpoint the problem. In some cases, the issue is caused by something as minor as a faulty brake pedal switch, or engine sensor.

On vehicles equipped with the EyeSight safety system, scrutinize the condition of the windshield. Any cracks or chips, and particularly those near the top of the windshield near the forward-facing cameras that power the system, can cause problems with system operation. Note that replacing a windshield on an EyeSight-equipped model may also require full system recalibration at the dealer.

Other problems can be revealed by test driving the Crosstrek with the stereo and climate fan off, and using your ears. A frustrating rattle from the rear of the vehicle is often caused by a loose bolt used to secure the rear roof spoiler in place, if equipped. Further, spend some time driving your used Crosstrek candidate on rougher roads, and while turning sharply over bumps at lower speeds (like pulling into a driveway over a slight curb, for instance). Though information is largely inconclusive, unwelcome popping, snapping or clunking noises could be a sign of trouble with a CV axle, a suspension component, or even the differential, so be sure to have a technician investigate.

Finally, and this is the big one, be on the lookout for signs of oil consumption. Be aware that certain Subaru models from this generation may be affected by a well-documented and lawsuit-initiating issue with oil consumption. Typical story here: numerous owners take to the internet, upset that their vehicle is rapidly burning engine oil. A class-action lawsuit is launched, and eventually, as reported in this story, Subaru makes good by reimbursing owners for out-of-pocket costs for oil, engine repair, and more. The warranty on affected units was extended too. The cause, apparently, was faulty piston rings.

Here’s what you’ve got to know.

First, note that the oil consumption problem didn’t affect all models. Second, talk to a service manager at your local Subaru dealership about whether or not the model your considering may be affected. You’ll need the VIN number to check. Third? Note that from 2014 and on, the issue appears to have been resolved in production. And finally, and importantly, check your oil weekly, and report any oil-level issues you detect to your local Subaru service centre immediately, confirming that they’re documented, and especially if the model is still under warranty.

Most of Crosstrek’s common problems are far from serious in nature and should be easy for a technician to detect and address on a pre-purchase inspection. The potential for oil consumption dulls the Crosstrek’s appeal slightly, though a 2014 or newer unit, or a unit previously repaired for this issue, should compensate. Shop a 2014 or newer unit where possible, for maximum peace of mind. 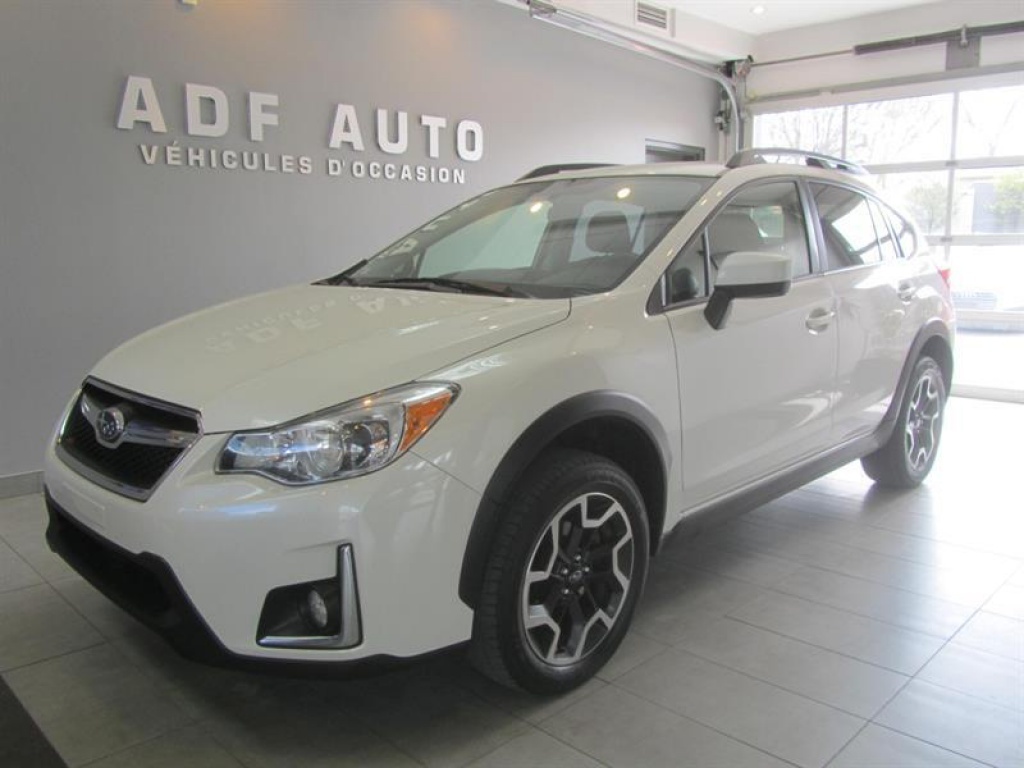