I’m willing to excuse Jeep from any accusations that a truck like the Cherokee Trailhawk is the automotive equivalent of preaching to the choir. With affordable off-road prowess a skill set seemingly unvalued outside of the vaunted brand’s showrooms – whither the Toyota FJ Cruiser, or Nissan Xterra? – Jeep essentially has the compact 4x4 segment all to itself. Despite this monopoly on all-terrain agency, the brand continues to churn out special editions of its already formidable go-anywhere SUVs, with the Trailhawk name now affixed to almost every Jeep you can buy.

The Cherokee Trailhawk has far more going for it than the ability to absorb craterous potholes and dodge traffic cones.

And yet, fording every stream and climbing every mountain, à la The Sound Of Music, is far from the only thing that the 2017 Jeep Cherokee Trailhawk is good at. While I’ve been in the mud and muck with the Trailhawk in the past, this past week I had nothing but city miles to put on the compact hauler, and I have to say that as rough as the streets of Montreal might be, the Cherokee Trailhawk has far more going for it than the ability to absorb craterous potholes and dodge traffic cones.

The $35,895 Trailhawk sits very close to the top of the Jeep Cherokee’s order sheet, shunted in just below the Trailhawk Leather Plus ($38,890) and the Overland ($40,395). My tester was actually a Leather Plus model, which translated into a host of comfort gear over and above the standard Trailhawk’s off-road equipment: dual-zone automatic climate control, heated seats and steering wheel, heated side mirrors, keyless entry and push-button start, a remote starter, Nappa leather, and power adjustments for the driver.

It’s a nice package, especially considering while the Overland adds more active safety equipment as standard (along with a better stereo, quieter interior, and different styling cues), it also subtracts the Trailhawk’s ruggedized spec sheet in the process.

It all adds up to a smooth and pleasant experience for anyone riding along inside the Cherokee Trailhawk’s cushy confines, with even second-row riders enjoying ample room to stretch out and relax. The vehicle I drove came with the Uconnect 8.4 infotainment system, which is far and away the best graphical interface available in any automobile (regardless of price), and despite featuring a more aggressive final drive ratio, a locking rear axle, and a more aggressively-tuned (and slightly taller-riding) suspension setup, there was little to suggest through the wheel that the Trailhawk would be happier picking its way across rocks than inching forward through traffic.

Of course, the Cherokee isn’t a perfect compact SUV when compared against some of its similarly sized peers. With just 1,554 litres of cargo space available when the rear seats are folded forward, the Jeep finds itself trailing the more capacious Subaru Forester and the Honda CR-V by more than 400 litres. It’s not a fatal flaw, and the Forester in particular is huge inside, but it’s something to keep in mind when shopping with practicality at the top of the list.

More of an issue presents itself when considering the Jeep Cherokee Trailhawk’s drivetrain. You can order either a 2.4L four-cylinder or 3.2L V6 with the SUV, and the latter is a far better option if you can fit it into your budget, for two reasons. The first is the not-insignificant weight of the Trailhawk, which finds itself looming over most other small sport-utility vehicles when led to the scale: 184 horsepower and 171 lb-ft of torque from the four-cylinder aren’t as up to the task as the V6’s 271 horses and 239 lb-ft of twist.

Then there’s the transmission issue. All Cherokees are matched with a nine-speed automatic gearbox that features a split personality, with the Mr. Hyde side revealing itself in the form of lurching, unsteady shifts for the smaller of the two engines. The extra torque from the six-cylinder does a good job of papering over the occasional incongruence between the gear you need and the cog that’s actually been selected by the nine-speed, but during colder weather you’ll be more likely to encounter a misstep or two until both transmission and engine have had the chance to warm up.

If you’ve done the math, by now you’re probably also thinking that a heavy SUV with aggressive gearing also equals a fairly thirsty commute. You would be correct, as the four-cylinder’s 10.9 L/100 km rating is just barely ahead of the V6’s 11.6 L/100 km combined score. There’s a bright side to the Cherokee’s brawn and build, however: you’re looking at just over 2,000 kilos of towing capacity from the V6 model (a rarity in its class), plus the ability to, well, engage a low-range four-wheel-drive system you simply can’t find anywhere else when searching for a compact SUV. 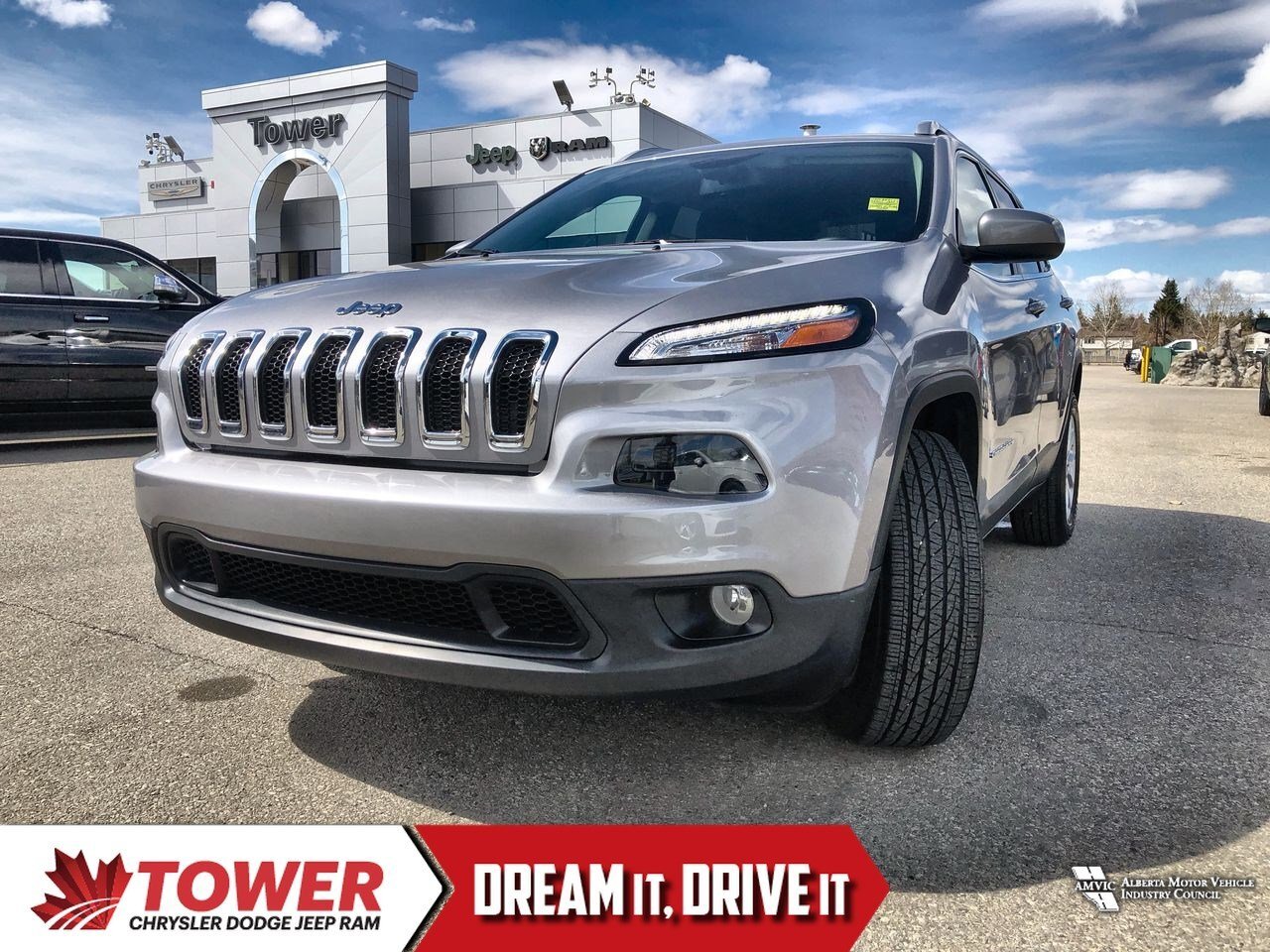 Still, when considering the 2017 Jeep Cherokee Trailhawk’s target customer, most of these bugaboos are likely moot. The appeal of better fuel efficiency is semi-universal, but the lure of the trail rules out every other vehicle in the Cherokee’s class for anyone who’s serious enough about off-roading to need a capable rig, yet not quite bitten to the point where they’ll endure the indignities of a Wrangler on a daily basis. As a bridge between the more milquetoast world of pavement-only options and the hairier honchos to be found on the full-frame side, the Cherokee Trailhawk lets you stay affordably civilized until it’s time to cast off the charade and get dirty.

About Benjamin Hunting
Benjamin Hunting is a freelance writer who enjoys keeping the shiny side up during track days. He is also an avid musician and a friend to vinyl.
Follow me
You may also like
7.3