When, exactly, do you decide to resign yourself to your fate? Is it in the tenth hour of what ends up being a 12-hour drive through blizzard-like conditions that seem determined to keep you from ever getting home? Is it when you’ve been stuck behind a phalanx of snow plows driving 30 km/h on a major highway long enough to have cycled through the entire Run The Jewels 3 album at least once? I’m not sure exactly when I gave everything over to the winter gods and resigned myself to living out the rest of my days trapped on Ontario’s Highway 401, but I was certainly glad that my prison was the 2017 GMC Yukon Denali – truly a gilded cage if there was ever one to escape Detroit’s grim winter streets.

Have you ever seen a full-size, truck-based utility vehicle do its best Laird Hamilton impression on a wintry highway?

My point of origin had been the Renaissance Center, GM’s global headquarters on the Detroit River, the narrow band of water that separates the wind-blown downtown of Windsor, Ontario, from its namesake’s similarly desolate core. I was returning from the North American International Auto Show on my way to my hometown of Montreal, and happy to be behind the wheel of the Yukon rather than trapped in the departure lounge of the Detroit Metro airport, which was notorious for stranding travellers during January’s unpredictable winter.

I should have known what I was in for as soon as I had crawled out from the border tunnel and trundled my way to the highway only to discover that the dusting of snow and rain that had been pelting the asphalt for hours had created a soupy, scary mess. It had slicked down the third lane to the point where each and every passing attempt I made brought me closer to the traction limits imposed by the GMC’s otherwise-excellent winter rubber, automatic four-wheel drive system, and agility-enhancing Magnetic Ride Control suspension. Any crest above the 90 km/h mark raised a wave of muck in front the wheels so high that the SUV began to surf, waggling its tail from side-to-side in a misguided attempt to hang ten over the white dividing line.

Have you ever seen a full-size, truck-based utility vehicle do its best Laird Hamilton impression on a wintry highway? Consider yourself fortunate if that answer is no, and you’re doubly lucky if you’ve never been inside one while it’s happening. As sure-footed as the GMC Yukon Denali is, it’s eggshell time under the accelerator when coaxing its 6.2L V8 across pavement with the friction coefficient of Howie Mandel’s head. With 420 hp and a sizable 460 lb-ft of torque on tap, any “oops” is amplified by both the explosive might of its motor and the ice-like complexion of the road underneath its wheels.

With the median filled with both jackknifed 18-wheelers and smaller automotive misadventures I decided to err on the side of staying alive and settled into the Denali’s luxury-lined cabin with the adaptive cruise control set to “cautious”. GMC has done an excellent job in sprucing up the Yukon’s interior to – dare I say it? – Cadillac standards of comfort, with subtle wood trim, high-quality leather, and a driver-configurable gauge cluster that offers a substantial amount of customization. The sweetness extends all the way back through the passenger compartment past the optional second-row captain’s chairs to the power-folding third row, which can be dropped down to reveal a cavernous amount of cargo space. Something else for the Denali to lord over its Cadillac sibling? The complete absence of the polarizing CUE infotainment system, with the GMC IntelliLink's easy-to-use touchscreen and hard button setup replacing CUE’s capacitive control panel.

If it’s starting to sound like I prefer the Yukon Denali to its platform-mate, the more-expensive Cadillac Escalade, then your perception is correct. Don’t get me wrong: the Escalade is very good at what it does, and it cuts an imposing profile in the world of high-end sport-utility vehicles. It’s exactly that brash persona, however, that steers me towards the simpler, but still handsome lines of the GMC. It also doesn’t hurt that the Yukon Denali delivers exactly the same drivetrain, towing capacity (over 3,600 kilos), and cargo space of the Escalade, at a discount of more than $5,000.

Still, there’s no denying that just under $79,000 is a lot of money to pay for a three-row SUV, even one as well-appointed as the Denali is right out the box. This is a big part of why the Yukon in general does a mere five percent of the business that the boxy hauler enjoys in our neighbour to the south, where disposable income is typically higher and fuel prices don’t knee-cap the practicality of using such a heavy behemoth as a daily driver (I did see 12 L/100 km for the duration of my 2,000-kilometre round trip, however, which is impressive for the size of the vehicle).

After 12 hours behind the wheel, I finally arrived at my destination, parking the slush-and-salt-covered Yukon on the street in front of my home and stepping out of its plush confines for the first time in what felt like days. I was free, but couldn’t help but feel a twinge of Stockholm syndrome as I gazed back at the Denali from my front porch, key paused in front door lock. The bonds forged in the heat – or chill – of battle are amongst the strongest, and my mind was still processing the thousands of kilometres we had just survived together, shoulder to Alcantara-wrapped shoulder. 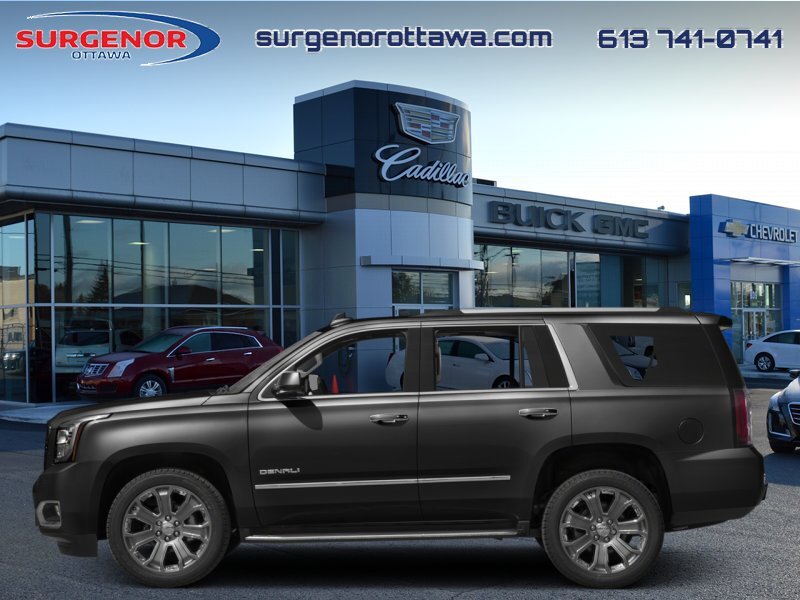 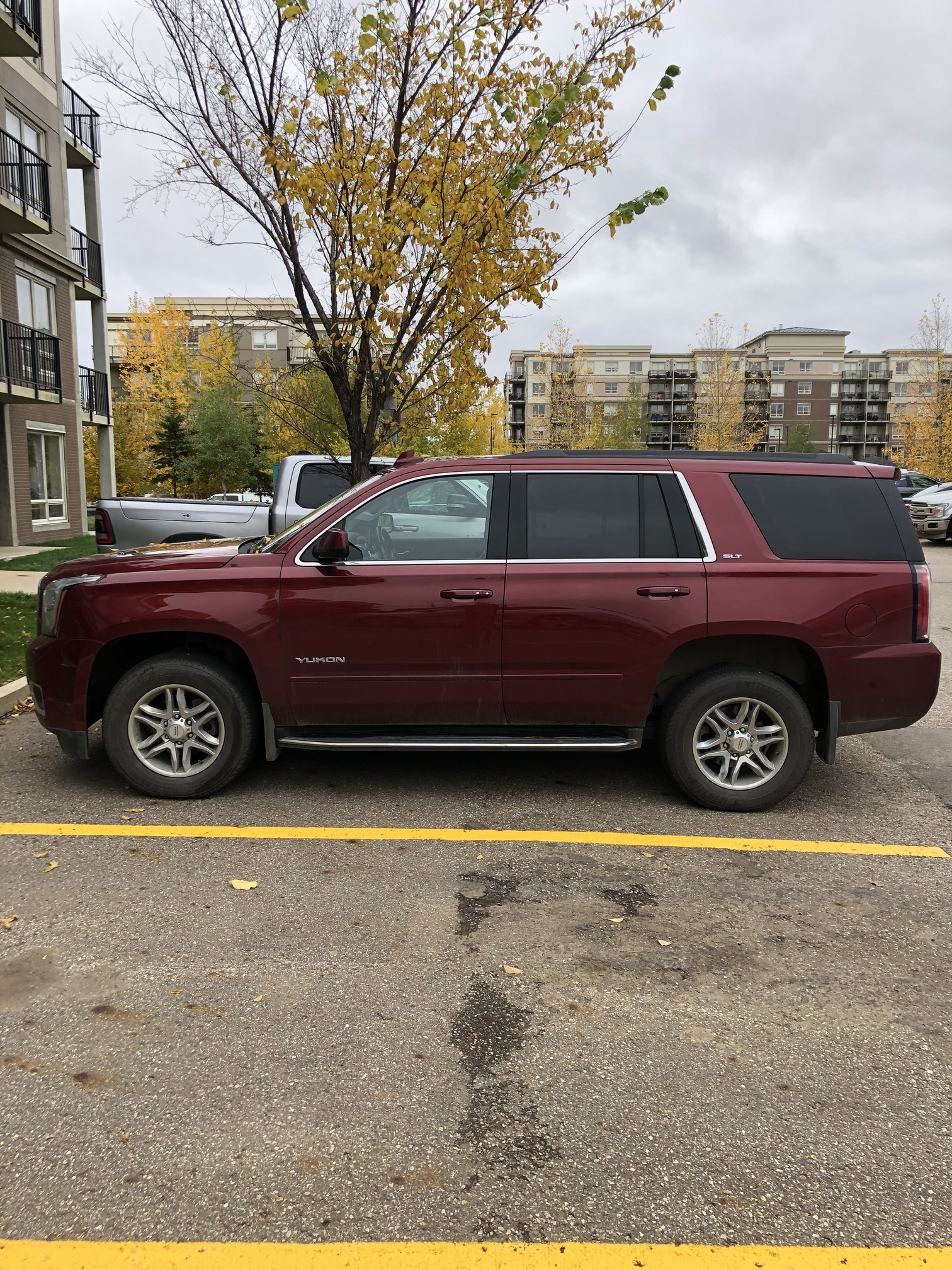 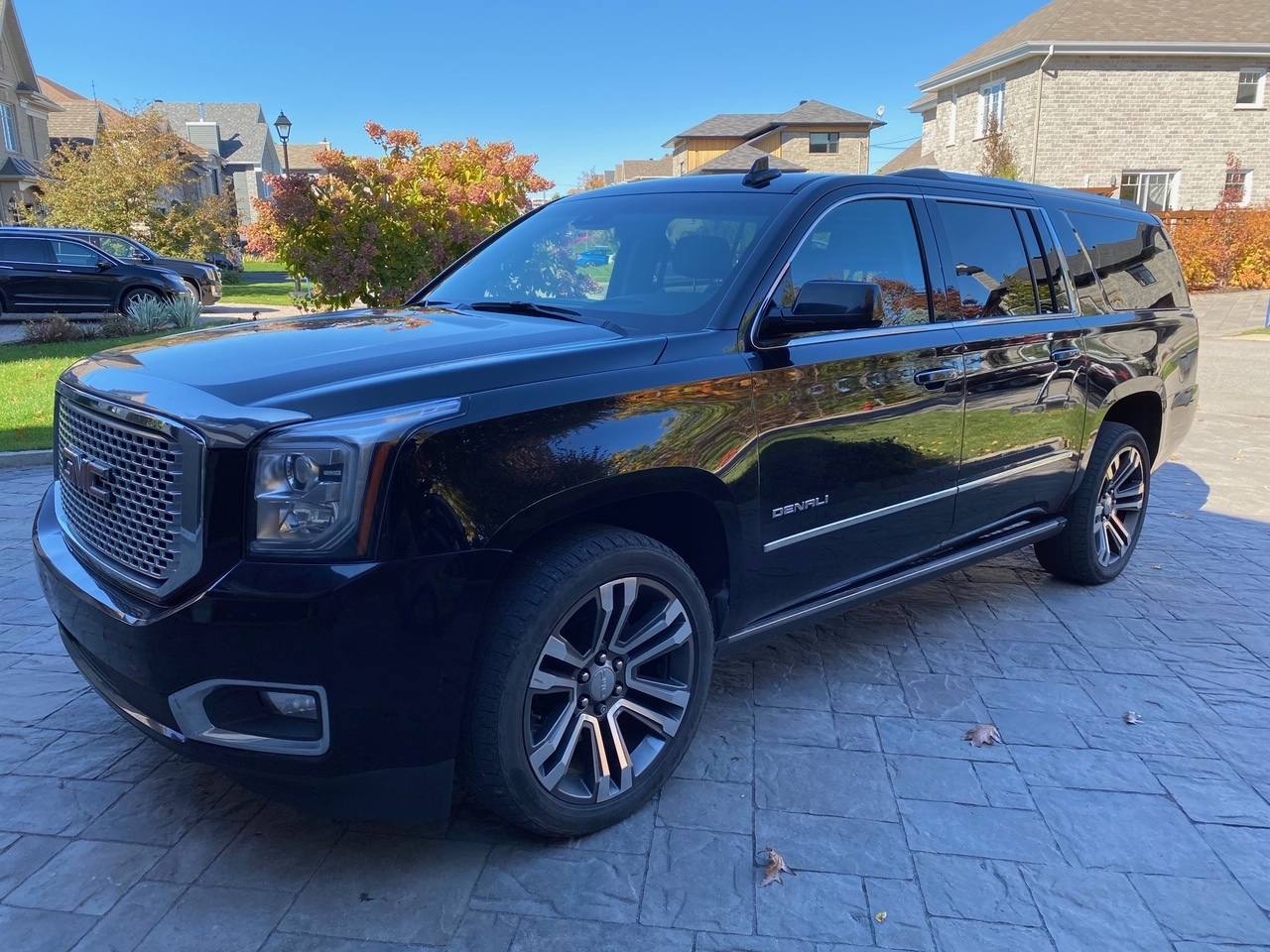 If you’re one of the lucky few shopping in the rarefied air occupied by the 2017 GMC Yukon Denali, it’s definitely worthy of consideration alongside more expensive, and in most cases better-appointed, three-row choices such as the Mercedes-Benz GLS-Class, the previously mentioned Escalade, and the Land Rover Range Rover Sport. With each passing year, the number of automakers willing to play in the full-size luxo-ute segment shrinks further, but GMC’s been at it so long, and has such a deep pool of technological talent to pull from, that this year’s Denali is definitely the best of the General Motors breed.

About Benjamin Hunting
Benjamin Hunting is a freelance writer who enjoys keeping the shiny side up during track days. He is also an avid musician and a friend to vinyl.
Follow me
You may also like
7.9