This is an easy-driving, comfortable machine that’s as well-mannered and maneuverable as a family sedan.

Launched for model year 2010, the Honda Crosstour was a sub-Pilot-sized Honda utility vehicle, built on the same platform as the Honda Accord, and designed to offer up extra space, utility, versatility, and all-wheel drive (AWD).

The Crosstour, which was a sort of spiritual successor to the Honda Accord Wagon, competed directly with machines like the Toyota Venza and Subaru Outback, though to some shoppers, it could be shopped as an alternative to any number of small crossover models.

Easy-folding rear seats open up a large cargo-carrying area that packs nearly 730 L of available storage. The high-opening tailgate and generous trunk aperture translate into easy loading and unloading of gear, and there’s even a hidden storage compartment beneath the Crosstour’s rear floor that’s ideal for keeping smaller items organized and out of sight. Generous seating accommodations for five team up with plenty of at-hand storage facilities for a cabin that hits the mark where clever optimization of space is concerned.

Feature content included available heated leather, navigation, a sunroof, automatic climate control, Bluetooth, and more. Slow sales killed the Crosstour off, with the model getting the axe after model year 2015.

Most units in the used market will be powered by Honda’s popular 3.5L, all-aluminum VTEC V6 engine. Look for 271 hp, front or all-wheel drive, and an automatic transmission on all models. In 2013, on front-drive models only, a 2.4L four-cylinder engine was also available.

Crosstour reportedly offers up pleasing performance and refinement from the V6 engine, confident AWD traction, plenty of storage for smaller and larger items, and confidence to spare in even challenging driving situations. This is an easy-driving, comfortable machine that’s as well-mannered and maneuverable as a family sedan.

The majority of owners in online forums report minimal if any issues with their Crosstour models as they age, though a few checks should be considered ahead of your purchase for maximum peace of mind.

Start onboard with a few checks of various electronic systems. Focus on the central infotainment system and Bluetooth interface: confirming that you can pair a phone, connect a USB drive full of media, play audio from multiple sources, and plot a destination in the navigation system, if equipped. Any failure of a function to activate, or failure of a USB or Bluetooth connection to establish, can likely be fixed with a software update at the dealer. If that’s not the case, internal system components may need to be replaced.

Confirm proper operation of the seat heaters as well. Owners of other Honda models from this generation, including the Odyssey, have reported issues with seat heater failure. Too few complaints surfaced about this issue in relation to the Crosstour to cause alarm, but shoppers should check anyways, for maximum peace of mind.

Move onto the air conditioner, which is another system that can fail to operate properly as a result of software related issues. The A/C system should pump cool air into the cabin within a few seconds of being activated. If that’s not the case, don’t guess at the cause of the problem – and be sure to have a mechanic investigate. In some cases, updated software, which re-establishes a wonky connection for the signal between the switch and A/C system, may be the fix. In other cases, problems with A/C system performance could be the result of a low refrigerant level caused by a leak in the system, or a problem with system wiring. Here’s some more reading.

Move under the Crosstour’s hood, and check the engine oil level, as per the instructions in the owner’s manual. Some owners have reported higher-than-expected oil consumption between oil changes – so shoppers are advised to check the oil on any used model they’re considering before they purchase, and frequently during ownership. The issue of burning oil has several sources, some related. Some owners report bad piston rings as being the cause of the problem, and Honda has acknowledged that operation of the Variable Cylinder Management (VCM) cylinder deactivation system, in some situations, can cause oil consumption, too. The fix for the latter problem is (you guessed it) a software update, that modifies how and when the VCM system operates.

Here’s some more reading, and some more. Note that Honda has instructed service advisors to remind customers that, “because of the long service intervals of today’s engines, it’s not uncommon for customers to add oil between services.” The oil consumption problem, if left unchecked, could cause a Check Engine Light to illuminate, and trip Trouble Code P3400 or P3497, which indicate that oil levels have dropped so low that the VCM system can no longer operate. For maximum peace of mind, a computer system scan by a technician is advised, to ensure these codes aren’t present currently, and haven’t been triggered in the past.

On the topic of the Crosstour’s engine, note that the V6 power plant uses a timing belt, which needs to be replaced periodically to prevent engine failure. Seek proof that the timing belt in the unit you’re considering is within its service life, and budget a few hundred dollars to have it changed if it’s nearly due. Do not skip or prolong timing belt maintenance, as this can cause total engine failure that won’t be covered by warranty. Here’s some more information.

Spend some time driving the Crosstour at around-town speeds, at low speeds, and at highway speeds, steadily. You’re looking for a judder or shudder sensation, likely felt and heard through the floor near your feet. If you detect this somewhat common problem, the likely culprit is an issue with the torque converter. This issue seems to affect mainly 2010 models, and seems to be caused by one or more of the following: faulty transmission software which controls the torque converter (a software update can often fix it), faulty drive axles, or a bad motor mount. In any case, if you detect any shuddering when cruising at a steady, lower speed, perhaps about 60 km/h, be sure to have a Honda technician investigate.

Ask the seller to prove that all fluid changes relating to the centre power unit or transfer case, and rear differential, are up to date on models equipped with all-wheel drive. If they can’t, budget for a fluid change to prolong the life and durability of these important components – noting that many owners say the fluid change service for these components is relatively easy, and even do-it-yourself friendly for backyard mechanics. Be absolutely sure to use only the fluids specified in the owner’s manual, and to follow the Severe Service schedule for fluid changes for maximum peace of mind.

Finally, be on the lookout for a commonly reported issue with premature brake wear, especially if the unit you’re considering is on its original brake components. Note that a squealing or excessive pedal travel, accompanied by a weak stopping feel, are all signs that the unit you’re driving is in need of some attention to its braking system.

Most of Crosstour’s more serious issues seem reported rarely, and should be relatively easy to detect. Ditto the smaller, less concerning issues. A healthy used model with some remaining factory warranty and a mechanical and electronic system thumbs-up from a technician ahead of your purchase can be bought with relative confidence.

No recalls are listed on the (Canadian) Transport Canada website, though a few recalls from a US source may be worth checking into. 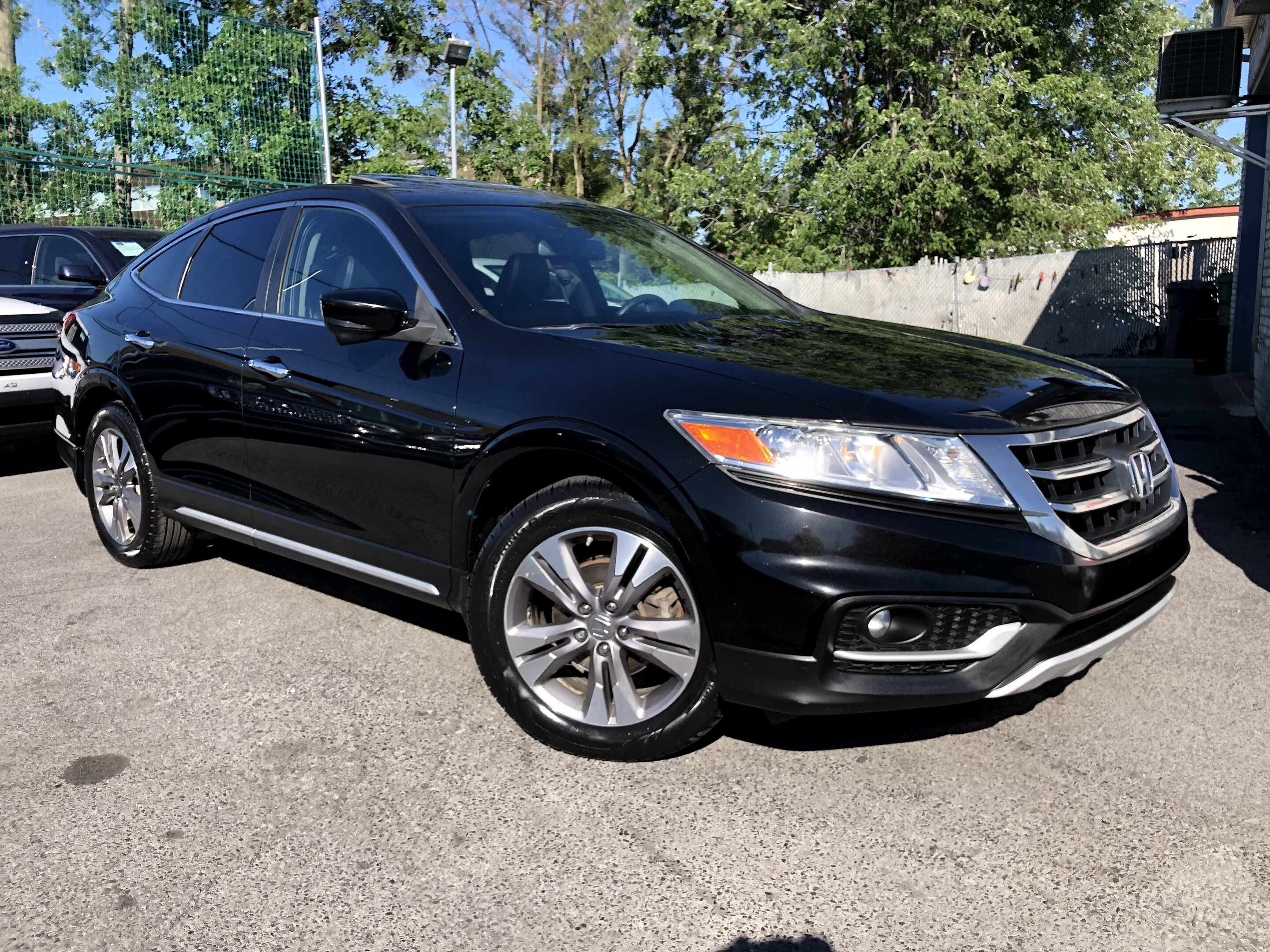 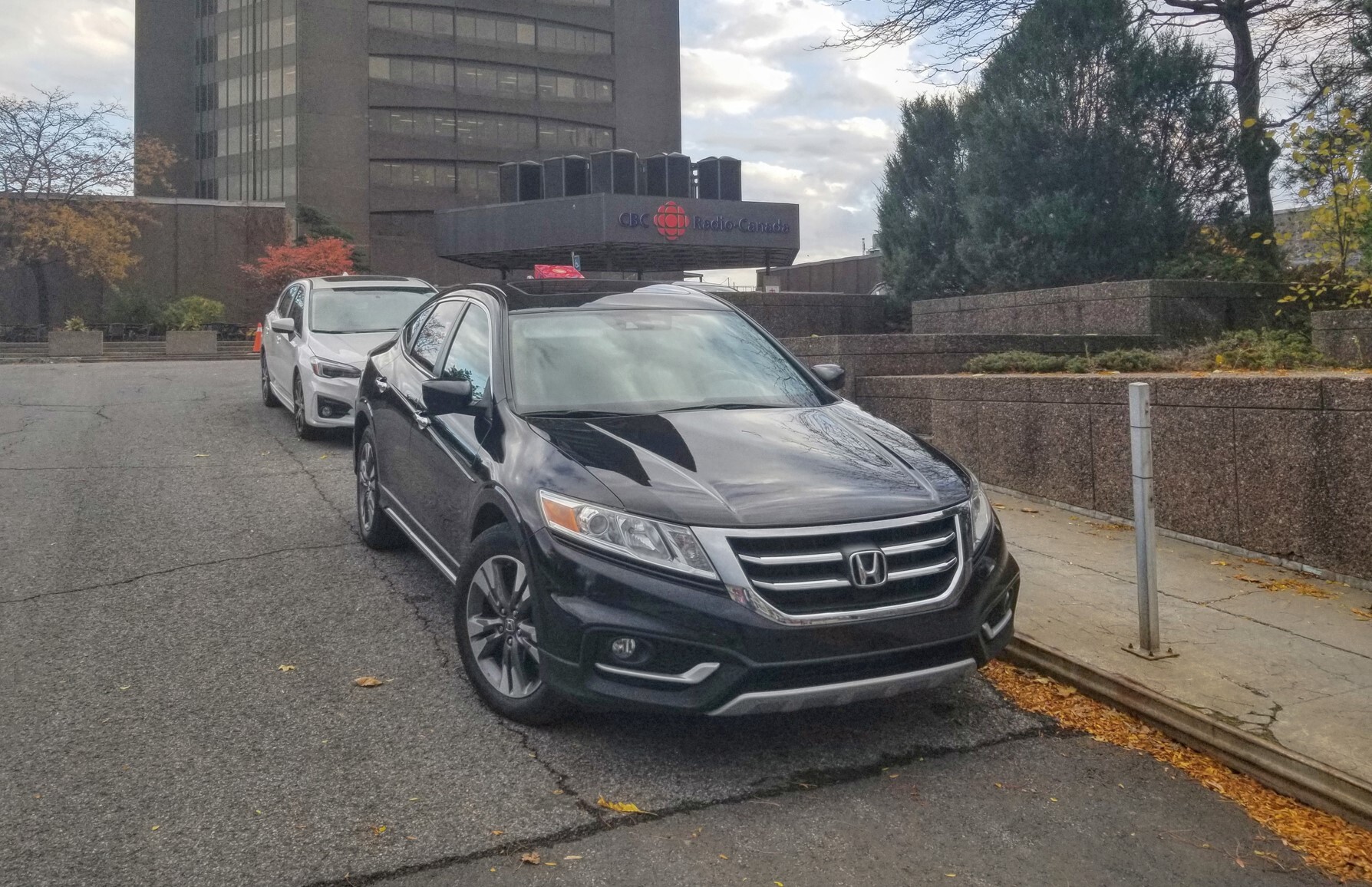