The Ford F-350 Super Duty’s spec and option sheet reads like a towing enthusiast’s Christmas wish list. It’s got factory-installed gooseneck and fifth-wheel towing provisions. It’ll tow 21,000 lb (9,525 kg) or more: as much as seven Honda Civics and a Smart ForTwo. More likely, you’ll use yours to haul a construction trailer or a fifth-wheel. And you’ll do it with relative ease, thanks to 440 horsepower, all but dwarfed by the torque output of 925 lb-ft, thanks to the 6.7L Power Stroke turbodiesel V8.

For something this mighty, and packing as much torque as four family sedans, the F-350 is a pretty peaceful behemoth.

Further, the new frame and body are built to now-mandatory “stronger and lighter” requisites, coming in some 350 lb (159 kg) less than the former truck, but 24 times stronger, according to Ford.

Much of the time you’re driving it, the F-350’s notable numbers fade from mind. For something this mighty, and packing as much torque as four family sedans, the F-350 is a pretty peaceful behemoth.

Started cold, the big V8 makes transport-truck sounds from deep behind its square-mile of front grille for a moment, until warmed. Then, it’s quiet: no need to turn it off while ordering drive-thru, and it’s scarcely louder than a Chevrolet Impala during light acceleration.

Accelerate gently, and the monster torque grabs you first. Reprogramming of your right foot is required to avoid lurching the F-350 off the line: the throttle is sensitive, and the off-idle torque comes online entirely with just two millimetres of pedal, getting the big rig moving in quick order when something heavy is attached, even more so when not. Turbo lag? Forget it.

Opened up for a quick pass or merge, with the boost gauge pegged around 30 psi, the engine is muted. The sound of rushing air, not clattering diesel injector and valvetrain components, takes the spotlight on the aural stage.

The radar cruise system is smooth and invisible, never missing anything or becoming startled, and managing throttle application during and after lane changes to keep the truck moving without annoying drivers behind. It works with the same predictable and seamless precision as the best on the market today. The steering is too numb and light to keep the F-350 effortlessly glued to the centre of its lane, but proves one-finger easy and laid-back, once you get used to it.

The F-350, especially in FX-4 grade with off-road suspension bits, is expectedly rigid, jouncy and leaf-springy on rougher roads, though notably forgiving and laid-back on smooth highways at speed. Like the engine, the suspension could get away with being a lot less refined. It’s a worthy long-haul cruiser. Tough too: encounter a pothole, washboard or frost heave, and it always feel like the road, not the truck, is getting the crappy end of the deal.

The tester’s massive Crew Cab cabin flaunted an enormous panoramic sunroof, a seamless rear window with power-sliding glass panel, and a downward-sweeping front window line, all making drivers feel like they’re encased in a great big glass box. There’s a good climb required to get on board, though the power-deployable side-steps are helpful indeed.

Those are some of many features that drove the sticker price of the tester to the better part of $100,000. That’s a lot of money for a truck, say many folks, but unlike that hundred-grand sports car, the F-350 is very useful, and just as much of a fashion statement where I come from.

Given the price, the monster cabin hits hardest in content, less in style and assembly. Numerous textures and colors and contrasting materials and hues help create a rich and deep appearance, wood trimmings dial up the classiness, and the tan-colored seats and dash are warm, inviting, and make the cabin look even bigger than it is.

But it’s not as lavish and detailed as, say, a six-figure luxury car, and some of the plastics are a little on the budget-grade side. Thing is, functionality and features, largely in the form of countless handy and thoughtful touches, fully pull their weight towards the sticker.

Rear seats flip up and out of the way with ease, creating a generous and flat cargo floor, complete with a snap-up box, itself fitted with snap-in dividers, to keep gear and supplies intact and organized. Fold this away, and there’s room for some bikes, space to spare for a pair of Golden Retrievers, or a place to keep a week’s worth of camping gear dry and protected.

Windows can be fiddled with via the remote keyfob, and a perimeter alarm system sounds should an arm or object reach inside. Most impressively, would-be thieves browsing the interior are met with a surprise upon opening of the centre console: a combination-locked metal safe. That’s right: the centre console is, literally, a big freakin’ safe. And once you’ve seen a truck with a safe in it, there isn’t much left to see.

Another clever touch? The mirror-mounted LED spotlights. Ford marketing wants you to imagine using these on a late-night construction job, but they’re also handy if you get stuck in the mud, if you’re snow-blowing in the dark, or even just for unloading groceries in an unlit driveway.

In back, there’s a power-opening tailgate with assist step, and a plethora of body-mounted cameras are on offer to assist with parking, situational awareness, or lining up a trailer. Numerous angles, including a birds-eye angle and a wide-angle image down either side of the truck, can be quickly called up via the centre display. There’s a camera over the cargo box to ease lining up a fifth wheel, and a remotely mounted camera can be installed to your trailer. You feel nicely backed up when docking, moving or maneuvering. Of all the things your writer isn’t very good at, parking an enormous truck-beast is high on the list, and this camera array proved to be a godsend.

Headlight performance is also notable, mostly thanks to excellent peripheral lighting into roadside treelines, which gives drivers plenty of notice should a creature be planning to cross ahead. High beams add more peripheral illumination, even farther away. This is one of the best lighting systems I’ve recently encountered on a pickup.

Emergency brake-and-evade maneuvers at a good clip on a gravel surface were met with admirable response. You hear and feel the brakes working hard to manage traction at each wheel, but for a machine the size of a Canadian Tire, the F-350 stays tidy and neat, the rear end closely following the front, when drivers thrash the brakes and steering to avoid hazards.

Other notables include the new Ford Sync system, which is now front-of-pack in this segment. Totally dissimilar to past versions, it’s more logical, easy to use, and responsive than before. Blessedly, the teensy buttons you had to press with your fingernail have been sent packing, and the unit never crashed on my test drive.

“The new Sync system is incredible – a major improvement,” commented Mike Kalicki, the 29-year-old owner of a speed and custom shop, and a property maintenance company in Sudbury, Ontario. Kalicki is what you might call a loyal Super Duty owner: he’s owned, worked and modified eight of them over the years.

“They’ve changed everything and made the Sync system so smooth. Everything is booted up and connected in seconds, and the bigger buttons have graphics on them. It’s way easier to navigate.”

I asked Kalicki, who tows and hauls with a Super Duty on a regular basis, what keeps him coming back to Ford’s biggest trucks, including the 2017 Super Duty he just bought as a plow-truck for his business.

“For me, it’s all about the power. I was disappointed in the Dodge, especially when towing. It had a nicer interior, but the performance of the Cummins just didn’t match the rated numbers. In the Dodge, I’d be hesitant to pass when towing anything. I’d almost never pass. With the Ford, you’ve got power right there, all the time, and lots of it. There’s basically no turbo lag, and it’s very smooth.”

A similar answer followed when I asked Kalicki what stands out most to him when he’s working his Super Duty family hard.

“Again, it’s the power. To me, this truck doesn’t feel overworked. It doesn’t feel sluggish, even when you’re working it. Even with a heavy load, the performance is instant. I like the ride of the Super Duty, and a lot of the features, too – but ultimately, I like power, and this truck delivers.”

Finally, Kalicki gave his impressions of the improvements, year over year, with the Super Duty range.

“The engine,” he says. “The reliability, the performance, and the noise levels improve with each truck. There were issues with the engines in earlier models, but since Ford started building the engines themselves, the reliability has been a stand out factor to me – in terms of visits to the shop to fix problems, and in talking with other owners. They make it quieter every generation too, and you can really hear that in the new one.” 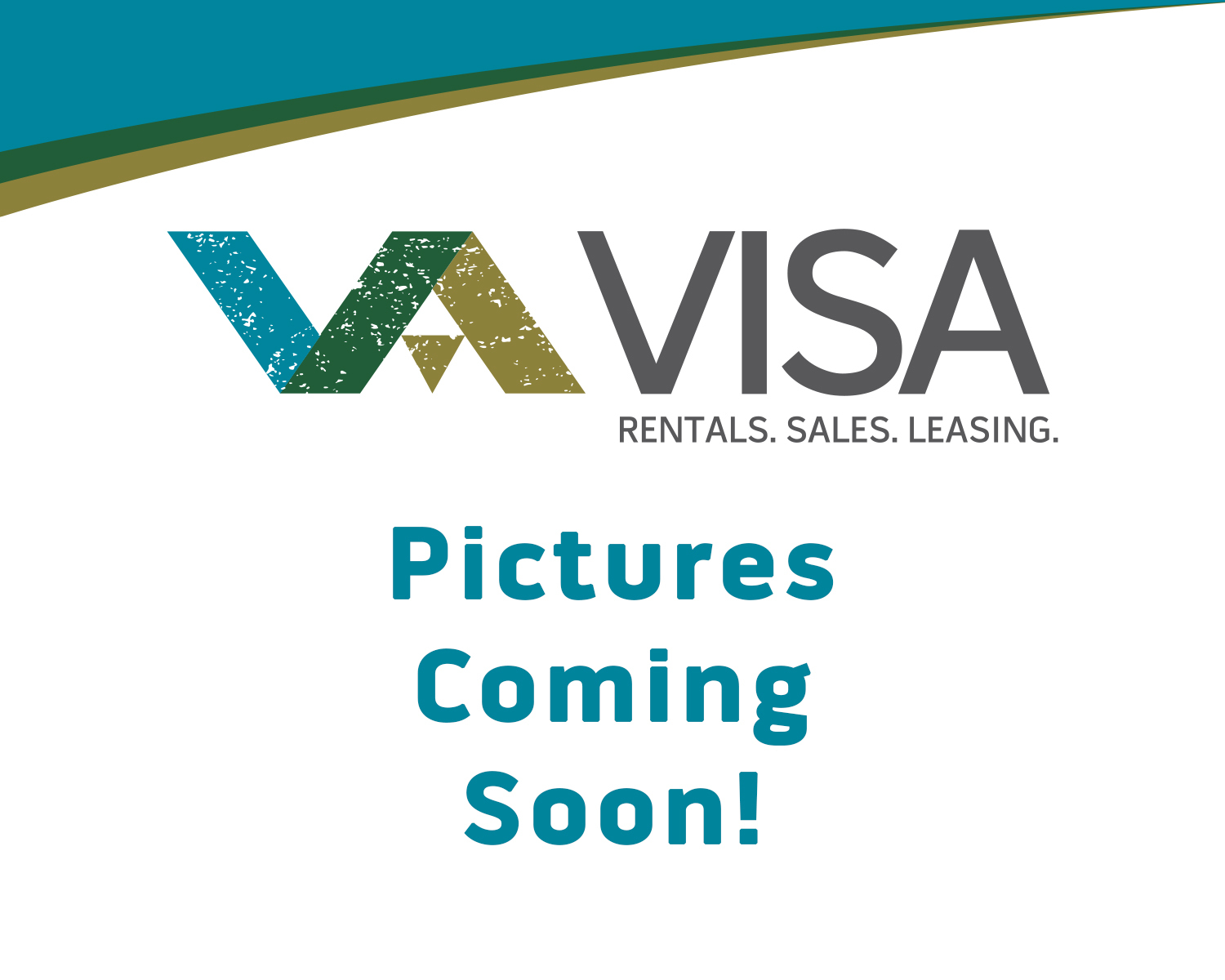 Seems that the loyal Super Duty enthusiast, and your reviewer, are in agreement: the Super Duty’s stand-out attribute is power in abundance, delivered with smoothness and refinement.

Complaints? Given the lazy and vague steering feel, the lane-departure warning alerts – which present as little more than a mild buzz of the steering wheel – seem too subtle. The graphical output from the camera system isn’t as high-resolution as you’ll find elsewhere, and the tailgate assist step, though useful, doesn’t deploy quite low enough to the ground to facilitate a truly easy step into the box.

End of the day, first-time or repeat Super Duty shoppers can expect the new model to impress on numerous levels – and perhaps especially when it comes to clever feature content touches, and refined delivery of abundant power.

About Justin Pritchard
Justin Pritchard is an automotive journalist, consultant, TV presenter, and photographer based in Sudbury, Ontario.
Follow me
You may also like
7.8