Satisfying the desires of shoppers after a tough and rugged Tonka-toy truck they could drive on the daily, the Toyota FJ Crusier hit the market for model-year 2007 as the brand’s latest off-roader, packed with plenty of ground clearance, standard V6 power, a full range of off-road add-ons, and a face only a mother could love.

Behind the FJ Cruiser’s googly looking headlights was a 4.0L V6 with 260 hp and even more torque. Features like variable valve timing, sequential multiport fuel injection, and an acoustic control induction system improved performance and increased fuel efficiency, and transmission options included a five-speed automatic or six-speed manual. Part-time 4WD or full-time 4WD was available, as was low-range gearing and locking differentials for enhanced traction when the going got greasy.

A feeling of all-surface capability, heavy toughness and durability is reported by virtually all FJ Cruiser drivers, with a solid and confident feel and proven off-road capability helping round out the package. Low end torque from the standard V6 engine is appreciated, and numerous owners note that the rear door is hinged to open horizontally, away from the sidewalk, which eases unloading of gear. Distinctive looks, a relatively generous cargo hold and an overall nice-to-drive demeanor come up commonly in owner reviews, too. Many owners also comment positively on the abundant interior storage space for smaller items.

Start the test-drive process ensuring the owner will be accepting of you taking their FJ Cruiser to a mechanic for a full inspection ahead of your final purchase decision, should you decide on their particular offering. If not, see if they’ll agree to meet you at the garage of your choosing for an inspection, on your dime. Buying an FJ Crusier, or any used 4x4 likely to have been used in a severe off-road setting, is not advised.

Listen to the rear differential on earlier models for signs of unwanted clicking, groaning, popping or binding, while turning at varying angles and speeds, as numerous owner forum discussions centre around weak differentials in early units. A worn out differential will often cause ticking or scrubbing sensations from the rear of the vehicle, in particular with the throttle applied very lightly while turning tightly at a low speed.

Here’s some more reading, which suggests that excessive wheelspin on an uneven-traction surface may cause the rear diff to turn into confetti, especially if the locker is engaged. Two notes here. First, note that larger-than-factory wheels and tires put added strain on driveline components in situations like these, and second, that this issue only seems to affect early-build copies of the initial 2007 model.

Be sure to engage all electronically activated off-road features, including the A-TRAC system and locking rear differential, as outlined in the owner’s manual, to ensure they work properly. Should there be a malfunction or other issue, a blinking light in the dashboard is a warning sign to have the component or system checked out.

Inside, inspect all carpeting for signs of water leaks, noting that a moldy smell or signs of sogginess should all be investigated ahead of your purchase. Though soggy carpeting is most typically a sign of a clogged AC system drain tube that’s failing to route condensation outside of the cabin, it could also be evidence of water damage, possibly caused when the former owner swamped the FJ in a mug-bog. Other signs of water damage may include evidence of sand or silt behind rubber weather seals low on the doors, or underneath the door-mounted scuff-plates or weather seals. Water staining marks low on the carpeting are another worrisome sign. If you, or your mechanic, suspects the FJ in question was ever exposed to deep water, walk away and find another unit.

Here’s a page of chat about something called the sinking seat, in which the FJ Cruiser seating implements suffer a degradation of their structural integrity over time and begin to sag and sink, putting driver bottoms closer to the floor. If the FJ you’re considering has this issue, you’ll likely notice it right away on a test drive. Other fairly obvious issue, though rare, may be poor image quality or non-functionality of the back-up camera, possibly caused by a bad seal that allows moisture to enter the lens.

Pop the hood and inspect the inner, upper portion of the fender, as well as the inner, forward part of the door openings (near the hinges) for signs of bulging or tearing in the metal, caused by weak fenders and fender supports in earlier models. Cracking may also be present. Here’s an image of the issue. And another. Apparently, earlier FJ units may have sub-par strengthening applied around these structural areas of the body, resulting in kinks, bulges and cracks if the FJ’s body experiences strong twisting forces in an off-road setting. These issues may also be signs of a previous accident. Here’s some more interesting reading and photos. Note that this issue seems to have been addressed from 2009 and on, and should be fairly obvious upon visual inspection.

Some owners say that the FJ can get knocked out of alignment easily in an off-road setting, so be on the lookout for uneven tire wear and a pulling sensation in the steering while driving on a flat, straight road. Any issues like these should be investigated, and a mechanic should also inspect the underside of the FJ Cruiser in question for evidence of excessive frame rust or cracking frame segments, particularly under the engine. Finally, a ‘bump’ sensation, as if the FJ was tapped from behind as it comes to a stop, could indicate excessive driveshaft wear, which should be addressed. A full check of the suspension system, including all ball-joints and bushings, is a good idea for peace of mind, too.

Finally, be sure to avoid a model modified with non-factory wheels, suspension parts or tires, which can adversely affect durability, handling and more.

When buying a used FJ Cruiser, a full mechanical inspection is key for maximum peace of mind. Choose a 2009 or later model where possible to reduce your likelihood of experiencing any of the FJ Cruiser’s more serious issues. A well-maintained model with a thumbs-up from your mechanic after a structural and driveline inspection can be bought with confidence. 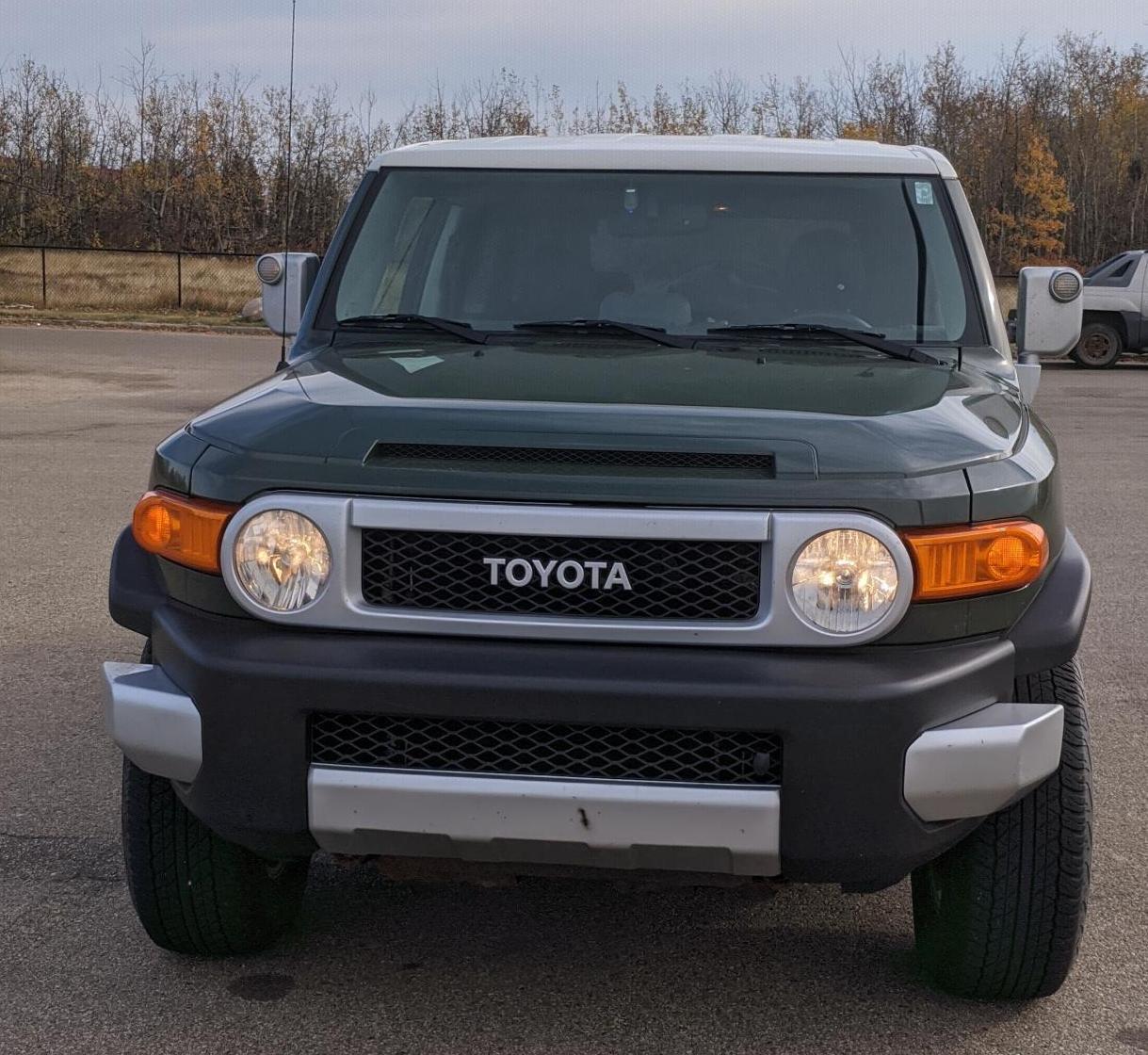