With the promise of exceptional fuel efficiency, a full-function, five-door, driving experience and access to one of the most unique driving experiences on the road, the Chevrolet Volt hit the Canadian marketplace for model year 2011 with a unique Voltec propulsion system, a full range of available feature content, and a flexible cabin with room for four adults and a hatch full of gear.

If you’re commute is less than 80 clicks a day, and you plug in and recharge the Volt where you park it, in theory, you’d virtually never use fuel.

Volt is a range-extended electric car, and it’s not for everyone. In a simplified nutshell, the Volt isn’t a hybrid, but an electric car with a gasoline generator on board that’s used to recharge its drive batteries when an initial charge, gained from plugging the vehicle into an outlet, is depleted. It’s like an electric car, but with gasoline backup, to avoid being stranded on the side of the road with a dead battery, or having to stay close to home, or close to a plug-in charger.

All models were four-door, front-wheel drive, and there’s nothing quite like them on the road. According to GM, Volt owners who recharge regularly typically drive over 1,400 km between fill-ups, requiring, in many cases, only a single visit to the gas station every month. Volt allows for electric-only driving of between 40 and 80 km, depending on temperature and terrain, with a full tank of gasoline extending the range to over 600 km. If you’re commute is less than 80 clicks a day, and you plug in and recharge the Volt where you park it, in theory, you’d virtually never use fuel.

All models get a 16-kilowatt battery pack and electric motor drive unit, as well as a 1.4 litre gasoline engine. A one-speed direct drive transmission sent 273 lb-ft of torque to the front wheels.

Owner reviews typically see positive feedback on the extended driving range, conventional-car driving feel, slick and unique styling, a modern and upscale interior and overall comfort from both a seating and ride-quality standpoint. Not seeing another copy of the car you’re driving very often helps round out the appeal to some shoppers, as does the idea of having an electric-car experience, without the ‘range anxiety’. Noiseless cruising in EV mode, and the robust low-end torque, are also highly appreciated.

Common gripes include some easily-scuffed interior plastics, a relatively small cargo hold given the Volt’s overall size, and a heavy feel to the car when driving around corners.

Start your test drive process by ensuring the seller of the Volt(s) you’re considering won’t mind you taking the unit to a Chevrolet dealer, or meeting you there, for a pre-purchase inspection, if you decide to shortlist the unit they’re selling. As the Volt is a highly complex car with numerous exclusive, world-first and high-tech features and components on board, buying a used model without a full inspection is strictly advised against. Tell the dealer you’re considering a used Volt, and that you’re after a full, on-the-hoist, and electronics systems scan. This could reveal issues with many components, including the battery, which is covered by an eight-year warranty.

Owners suggest inspecting the condition of the pricey-to-replace charger and cord assembly for signs of damage to the wiring, plug or insulation, which could pose a safety concern and require replacement. If the charger wiring looks sketchy or damaged, you’ll need a new one, so call it into pricing negotiations. Also, be sure to try the charge door, several times, confirming it opens and closes properly. Many owners have reported issues with the charge door getting stuck or failing to open. In some cases, lubrication of the mechanism helps, in others, revised parts are required. Note that another trouble sign here is a CHARGE DOOR OPEN message, when the charge door is actually closed.

Some owners report fussy Bluetooth systems that may fail to make a call or pick one up. Typically, this issue is solved with updated software for the infotainment system, available from your local dealer. Also, run the central command screen through its paces, ensuring the system responds favourably, doesn’t lag, and is able to access all functions without crashing or jamming up. Though relatively rare, some owners have reported failure of this system, which requires updated software, or even a new interface, to fix.

Once you’ve confirmed that the Volt’s stereo and climate control system are both in proper working order, turn both off and drive the car, with light, moderate and full throttle and in both DRIVE and LOW gearing ranges, with your ears open. The Volt’s various motors and relays will make light whirring and whining sounds, with some light clicking, which is considered normal. A high-pitched, or notably loud whining sound, which some owners say reminds them of a band saw, could be an issue with a bearing in the driveline.

Scrutinize the air conditioner system, which owners say is fairly complicated and monitors numerous inputs relating to battery charge level and driving style when deciding how, and when, to operate. Though things like a low battery charge, or using a more economical drive mode may reduce AC system performance, the system is apparently extra-fussy about having a very precise amount of refrigerant within it – meaning that even a small leak can cause issues. If the AC system doesn’t work as expected, have a dealer investigate. Note that a clogged cabin air filter can slash the effectiveness of the AC system, too.

To avoid being smacked in the melon by the Volt’s tailgate, be sure it’ll stay open under its own power, even with a little downwards force applied. If that’s not the case, a weak set of liftgate struts is likely to blame. Visit your Chevrolet dealer to ask about a free upgrade to stronger struts, thanks to a safety recall.

Test the OnStar system by confirming that the seller has an active subscription, and then placing a call via the blue OnStar button. Within seconds, you should have a real-life advisor on the line, which confirms proper operation of the OnStar communications system. Then, ask the advisor if they are able to see your vehicle’s location via GPS, which confirms that the GPS satellite link is working. If it’s not, the GPS module may need to be replaced. This issue may cause the vehicle’s navigation system, if equipped, to work improperly, too.

Here’s a list of owner-reported issues from a popular Chevrolet Volt forum. Some interesting reading, though many of the issues presented here have only been experienced by one or two owners, and therefore, aren’t considered to be widespread or worth worrying too much about.

But what about the battery? Batteries have a lifespan, suffer degradation, and will eventually need replacement. There’s no shortage of interesting reading on this topic online. Here’s one story outlining how nobody, even at a Chevrolet dealer, really knows what replacing a battery will cost. Here’s another article suggesting that degradation of battery performance, thus far, has been virtually non-existent. It’s worth noting that with both a lengthy battery warranty, and advanced control strategies that control battery charging and temperature at all times, the issue of zapped-out Chevrolet Volt batteries may be a difficult one to get one’s head around. Want a fun fact? The Volt’s battery never charges to 100 percent, which is just one of several strategies used to keep it from degrading.

Most owners say the Volt is the most reliable car they’ve ever owned, reporting few if any issues. Some say that since it has a Japanese-built transmission, an electric motor (which is simple and has no moving parts), and basically uses the gas engine from an existing Chevrolet car, there’s little cause for concern regarding reliability. Shoppers set on the Volt are advised to invest in any extra warranty coverage available for maximum confidence, and to buy confidently after attaining a thumbs-up from a Chevrolet dealership. 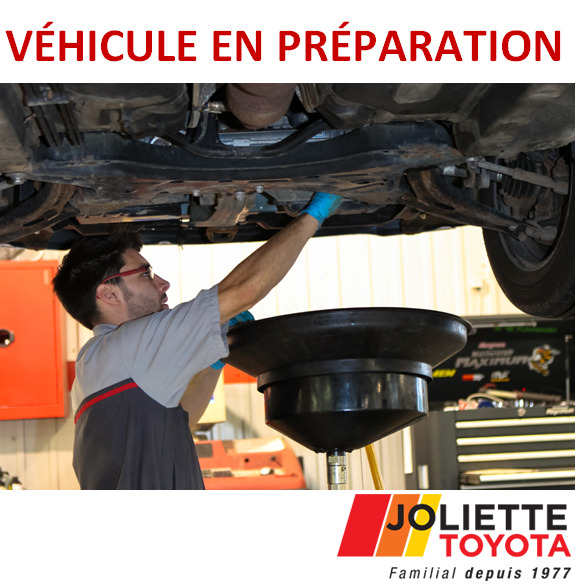